From the archive…
Jean Michel Basquiat 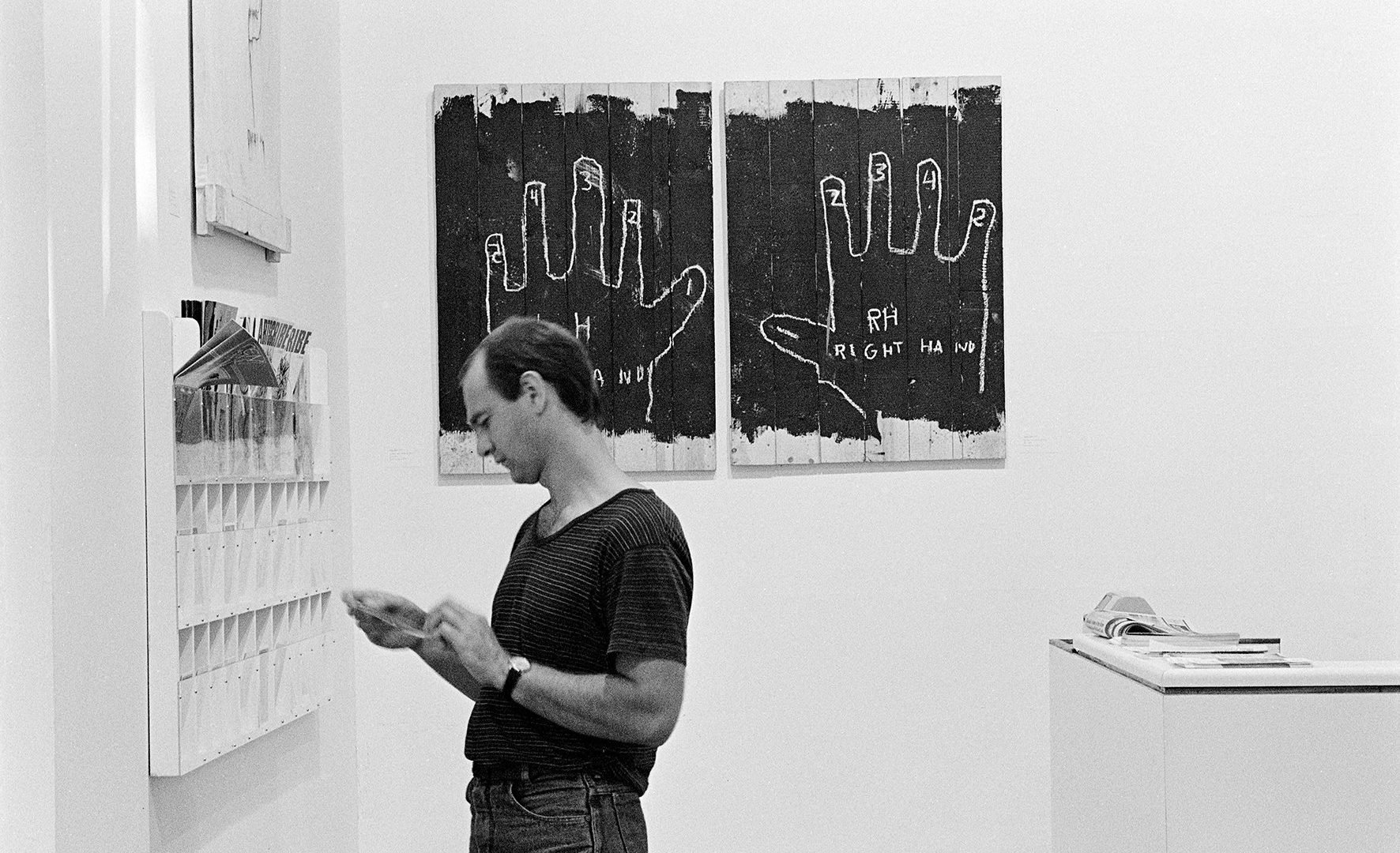 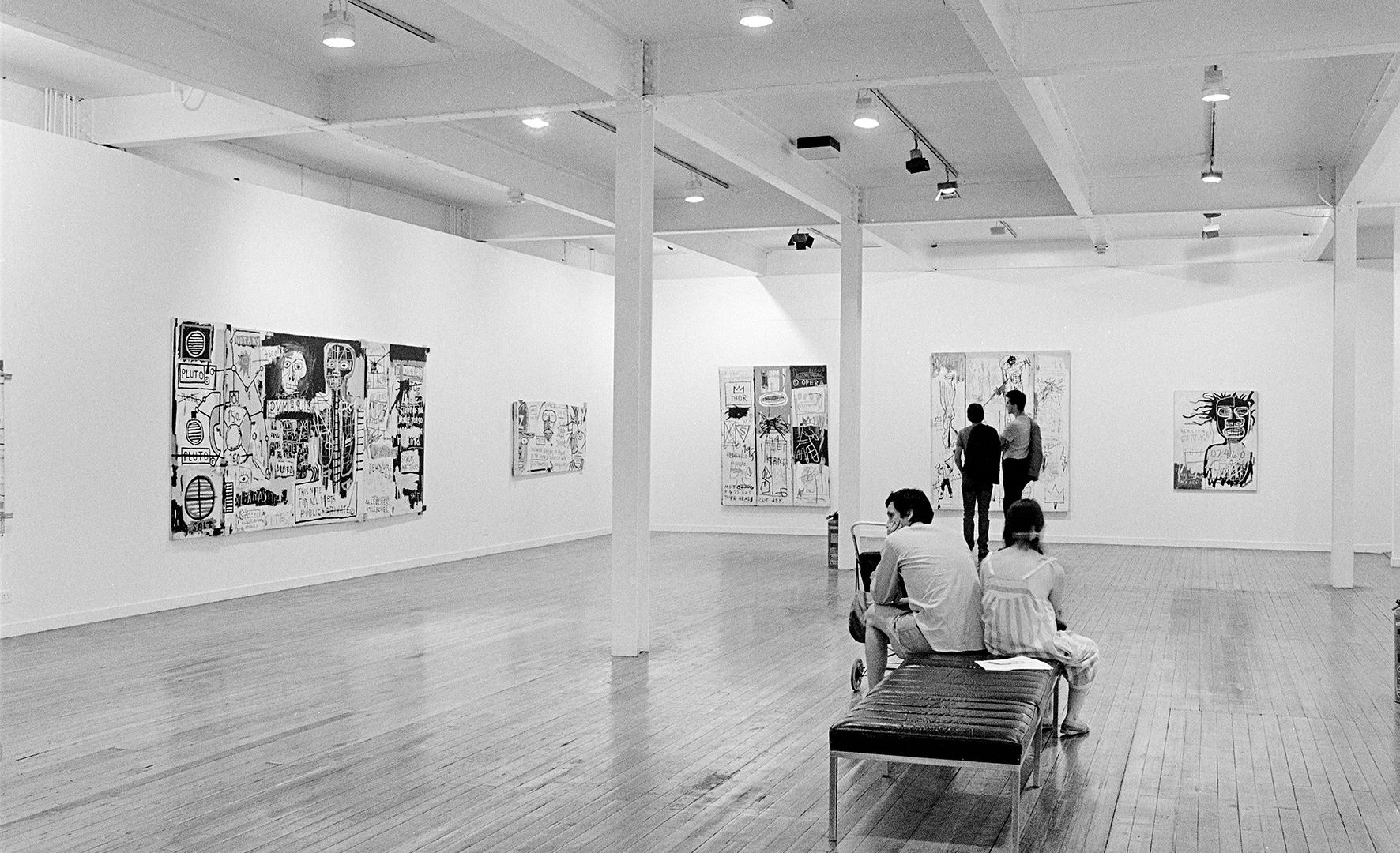 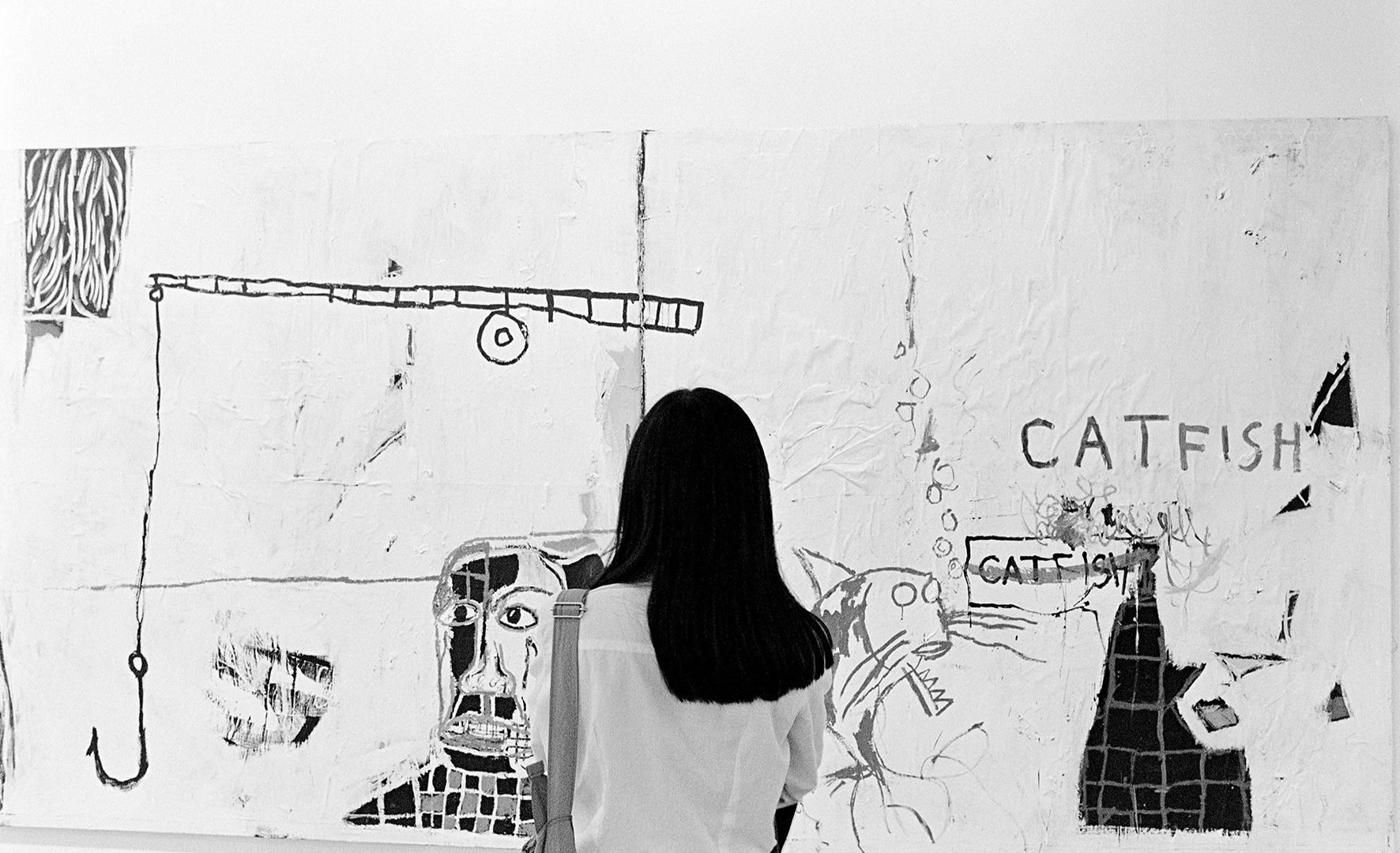 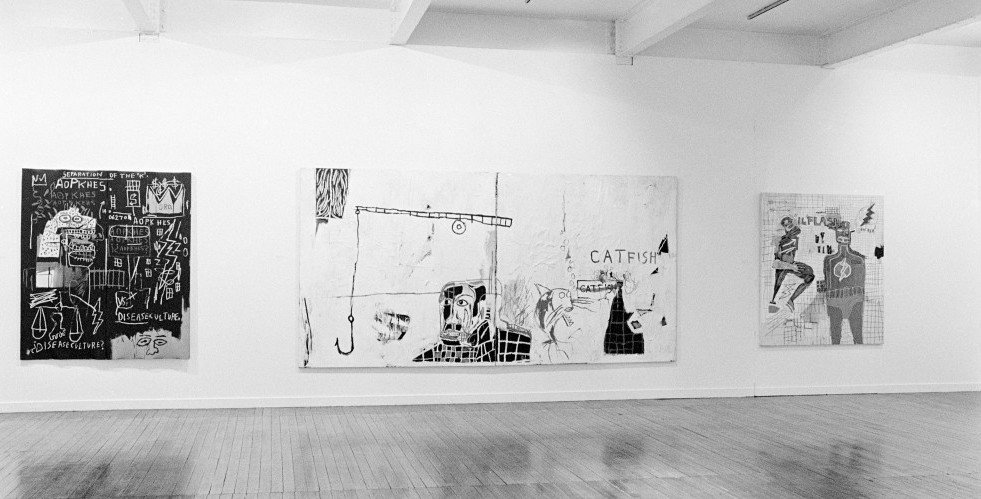 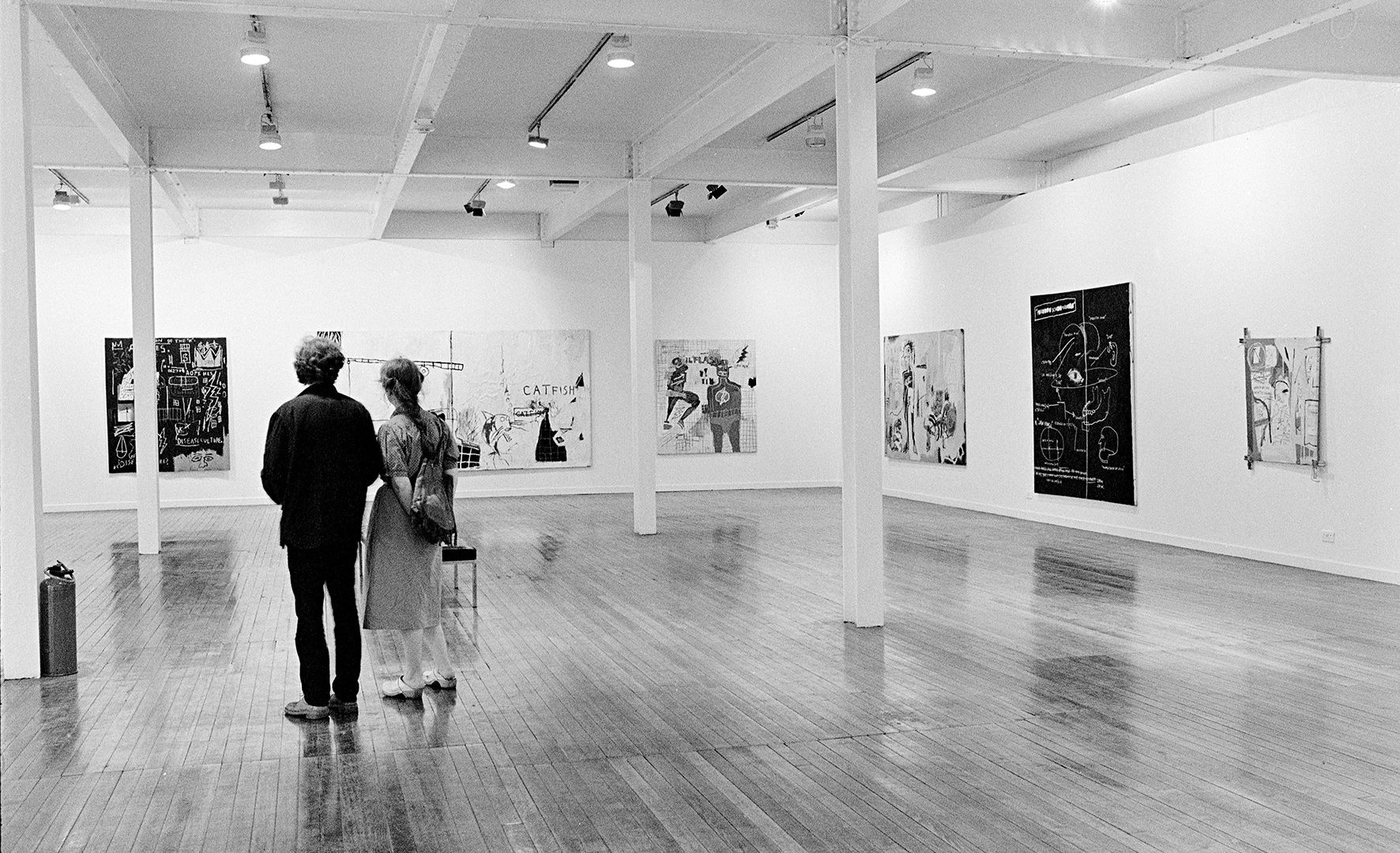 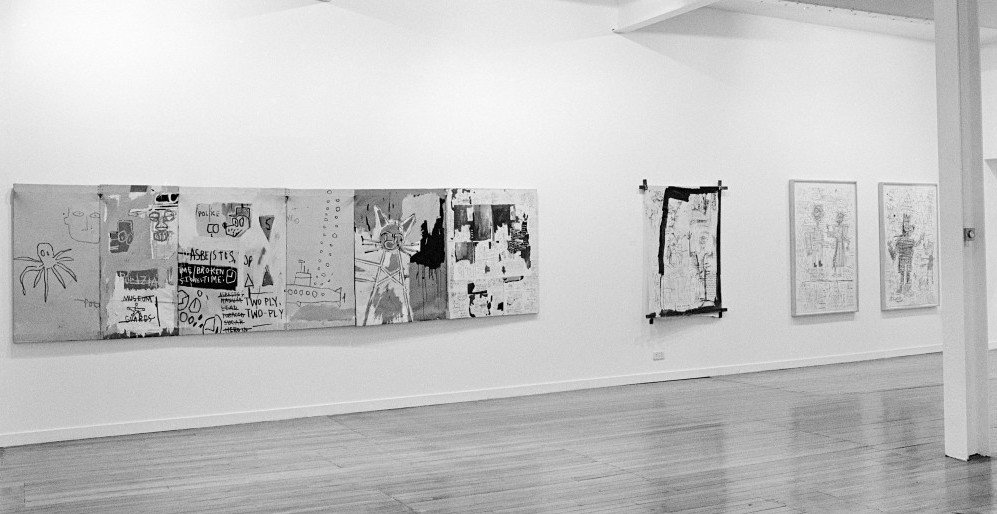 Currently on display in the cafe and curated by University of Edinburgh Archive Intern Aisling Clark this display highlights Jean-Michel Basquiat’s first UK exhibition, shown at the Fruitmarket in 1984. It brings together newly digitised installation images with press headlines from the time.

Curated by Mark Francis, this exhibition was the first showing of Basquiat’s work in the UK. Throughout this period, the Fruitmarket established itself as a leading institution in Britain displaying American Art. The exhibition featured 16 of Basquiat’s large works on canvas, including In Italian (1983), Hollywood Africans (1983), Charles the First (1982), Self Portrait as a Heel (1982), and Leonardo da Vinci’s Greatest Hits (1982). Basquiat’s paintings were installed in the lower gallery, while an exhibition of the prints, drawings, and books of the composer John Cage took place on the upper level; this lent itself to much contrast and comparison of the two artists in press reviews.

This display was curated by Aisling Clark, Fruitmarket Archive Intern, The University of Edinburgh.

What the papers said: 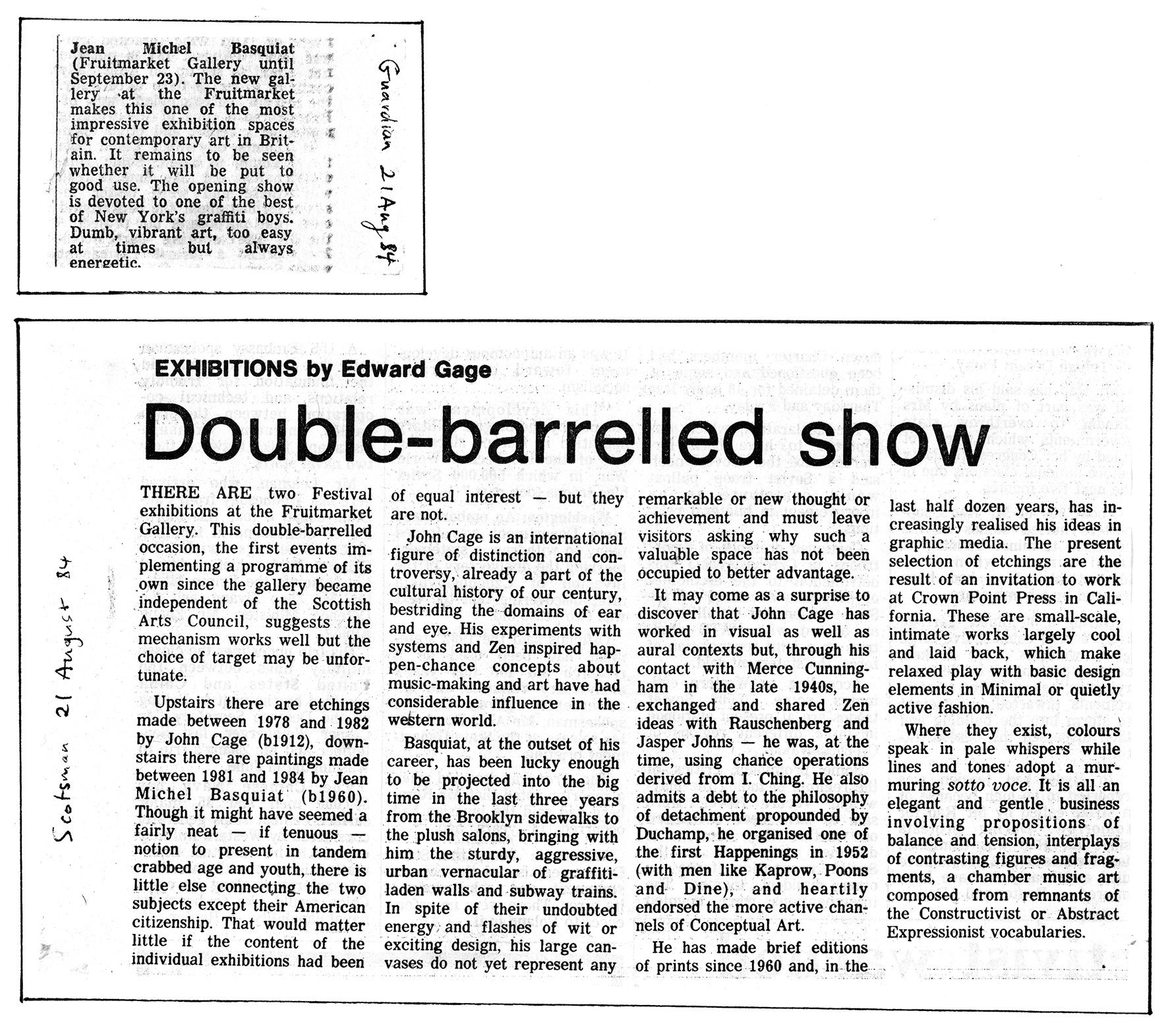 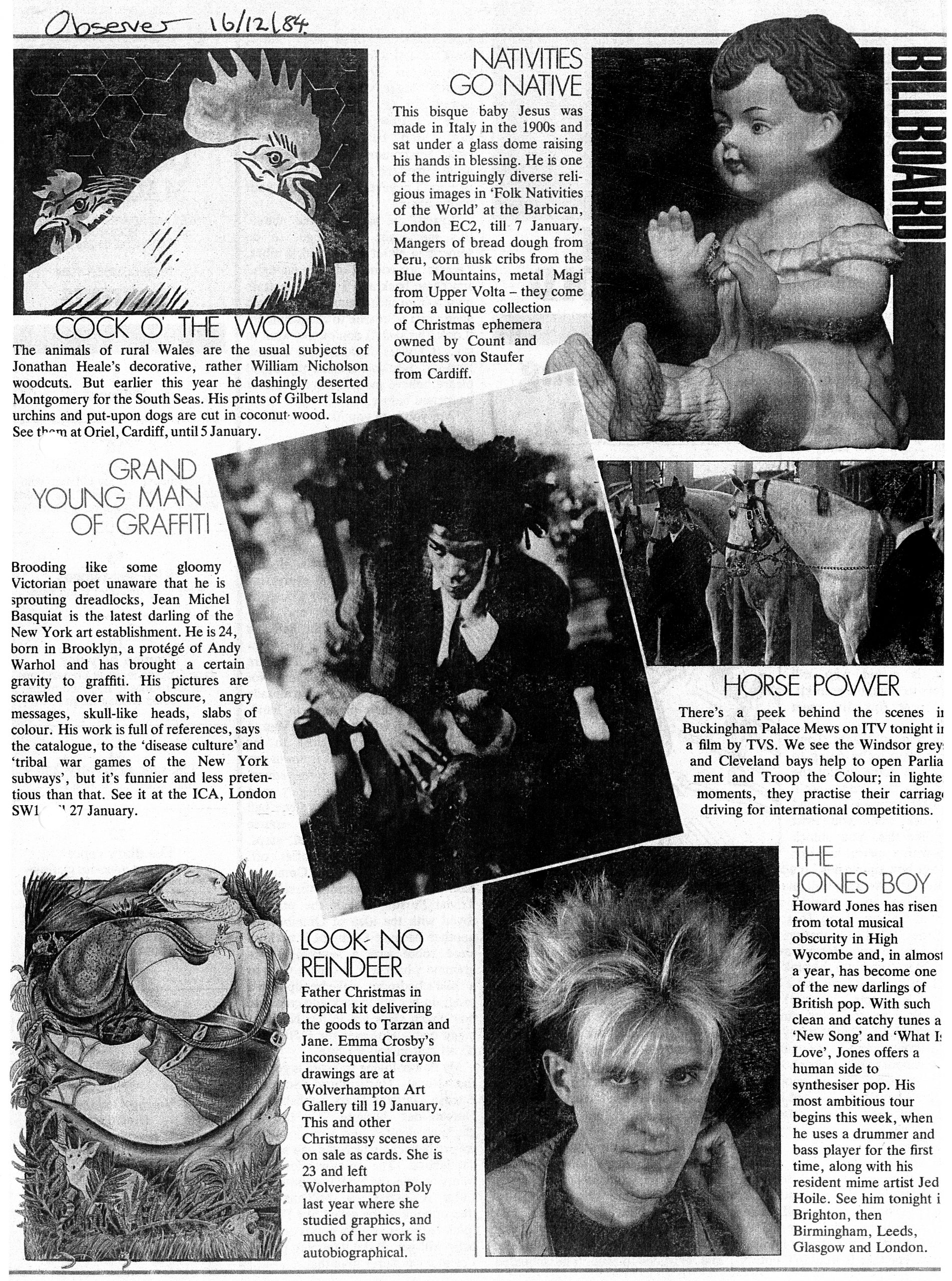