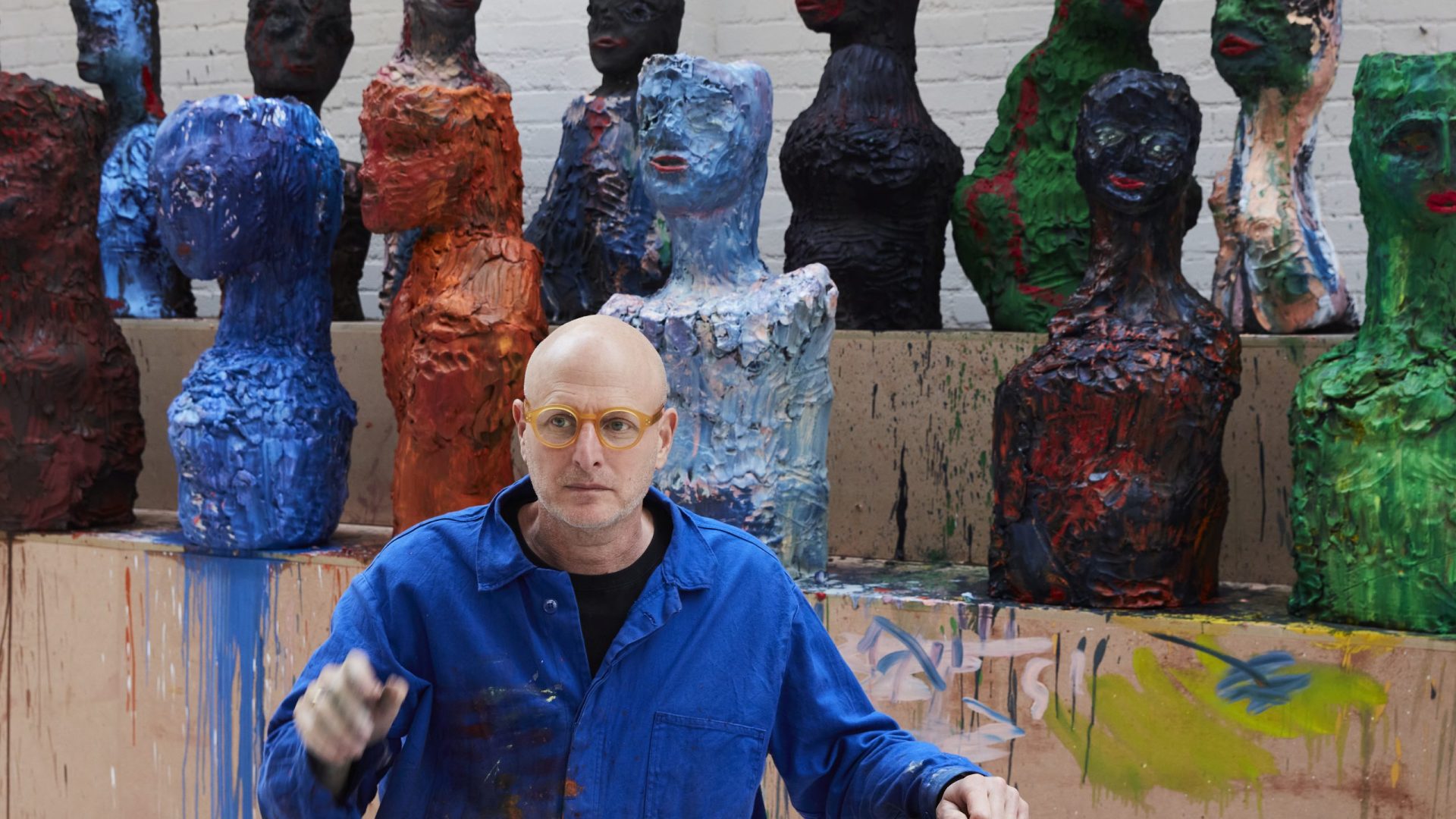 Daniel Silver was born in 1972 in London and lives and works in there. He studied at the Slade School of Fine Art (BA Fine Art, 1999) and the Royal College of Art (MA Sculpture, 2001). In 2002 he studied sculpture at the British School at Rome.

Silver has exhibited in the UK and internationally, at venues including Camden Arts Centre, London (2007); the State Hermitage Museum, St Petersburg (2010); Kunsthaus Glarus (2011); Whitechapel Gallery, London (2014); Hepworth Wakefield (2015); and London Mithraeum Bloomberg SPACE (2019). In 2013 he was commissioned by Artangel to create a public project, which resulted in Dig, an imagined archeological dig exhibited on Grafton Way, London on the derelict site of a former cinema.

Phyllida Barlow was born in 1944 in Newcastle, she lives and works in London. She studied at Chelsea College of Art and then Slade School of Fine Art, London.

For more than 50 years, British artist Phyllida Barlow has taken inspiration from her surroundings to create imposing installations that can be at once menacing and playful. She creates anti-monumental sculptures from inexpensive, low-grade materials such as cardboard, fabric, plywood, polystyrene, scrim and cement. These constructions are often painted in industrial or vibrant colors, the seams of their construction left at times visible, revealing the means of their making.

Barlow has exhibited extensively across institutions internationally and in 2017 represented Britain at the Venice Biennale.