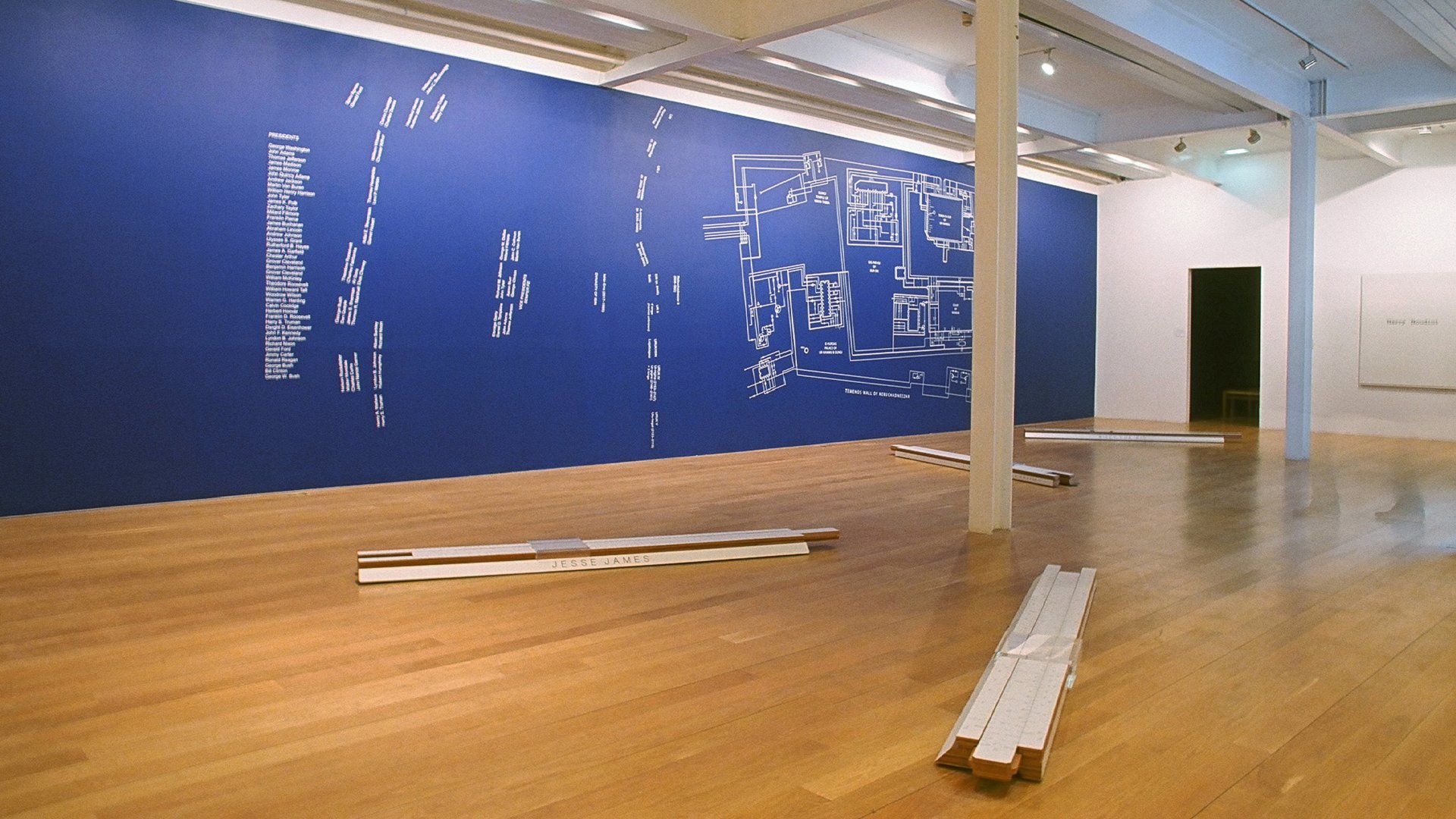 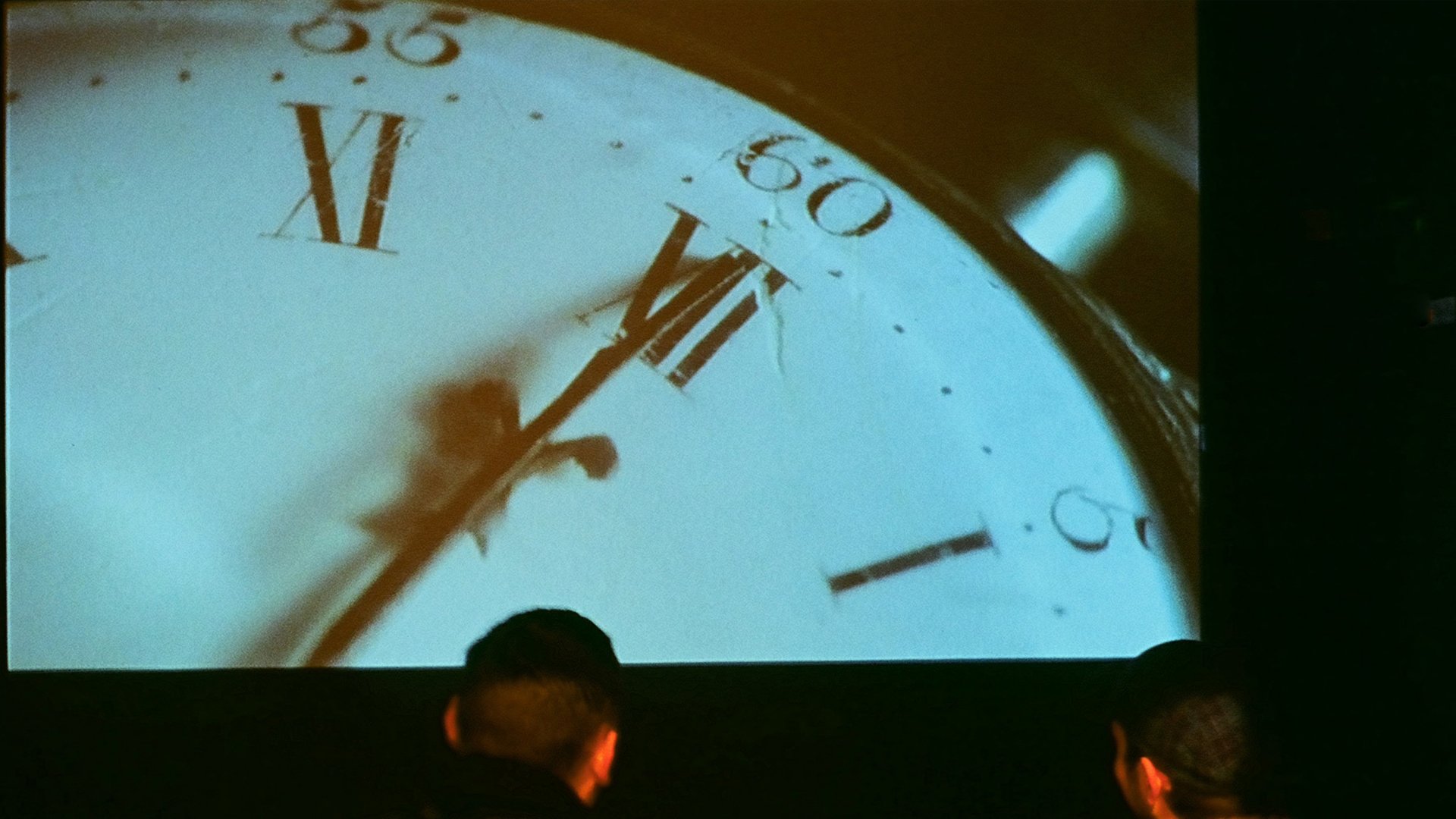 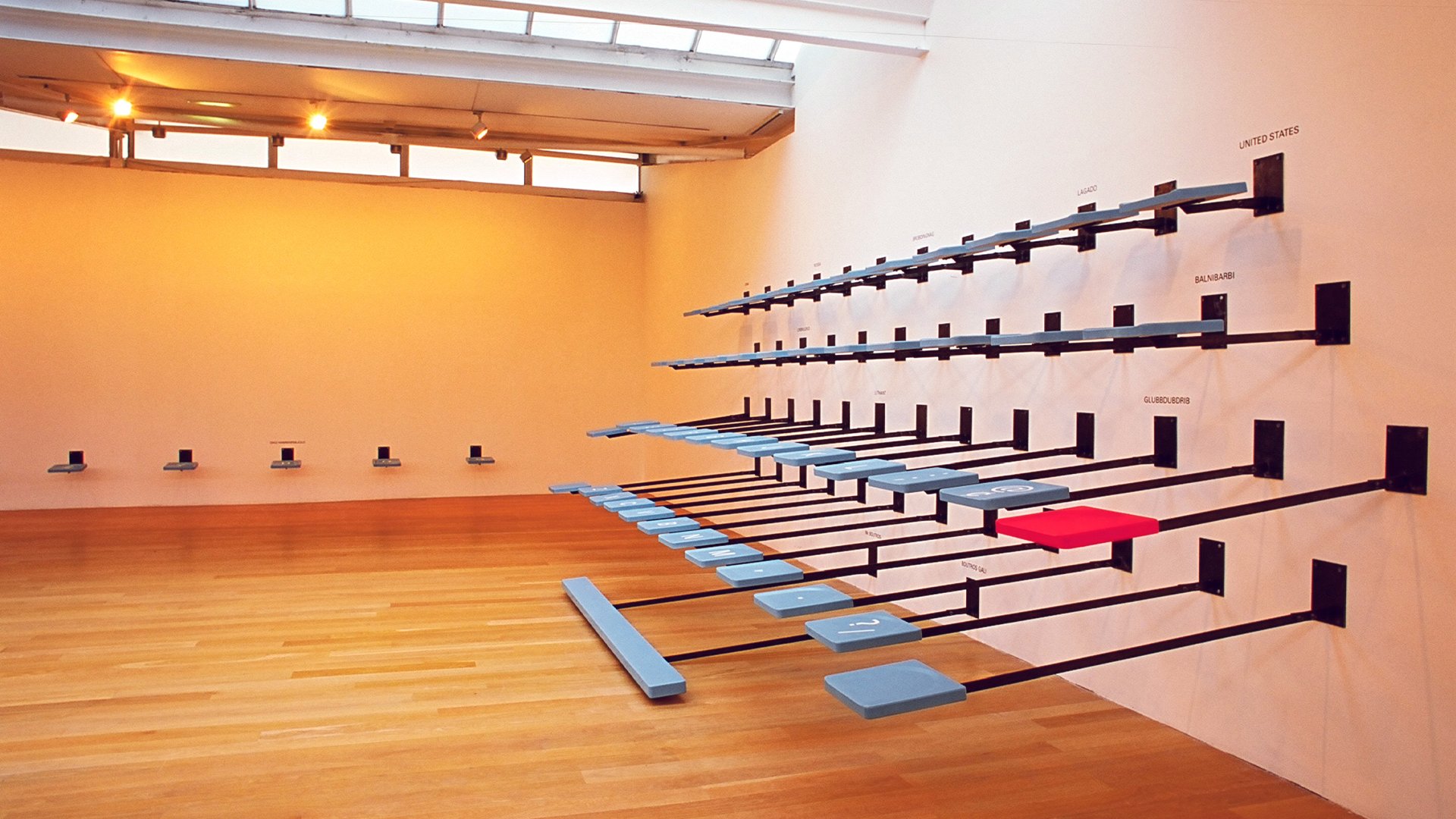 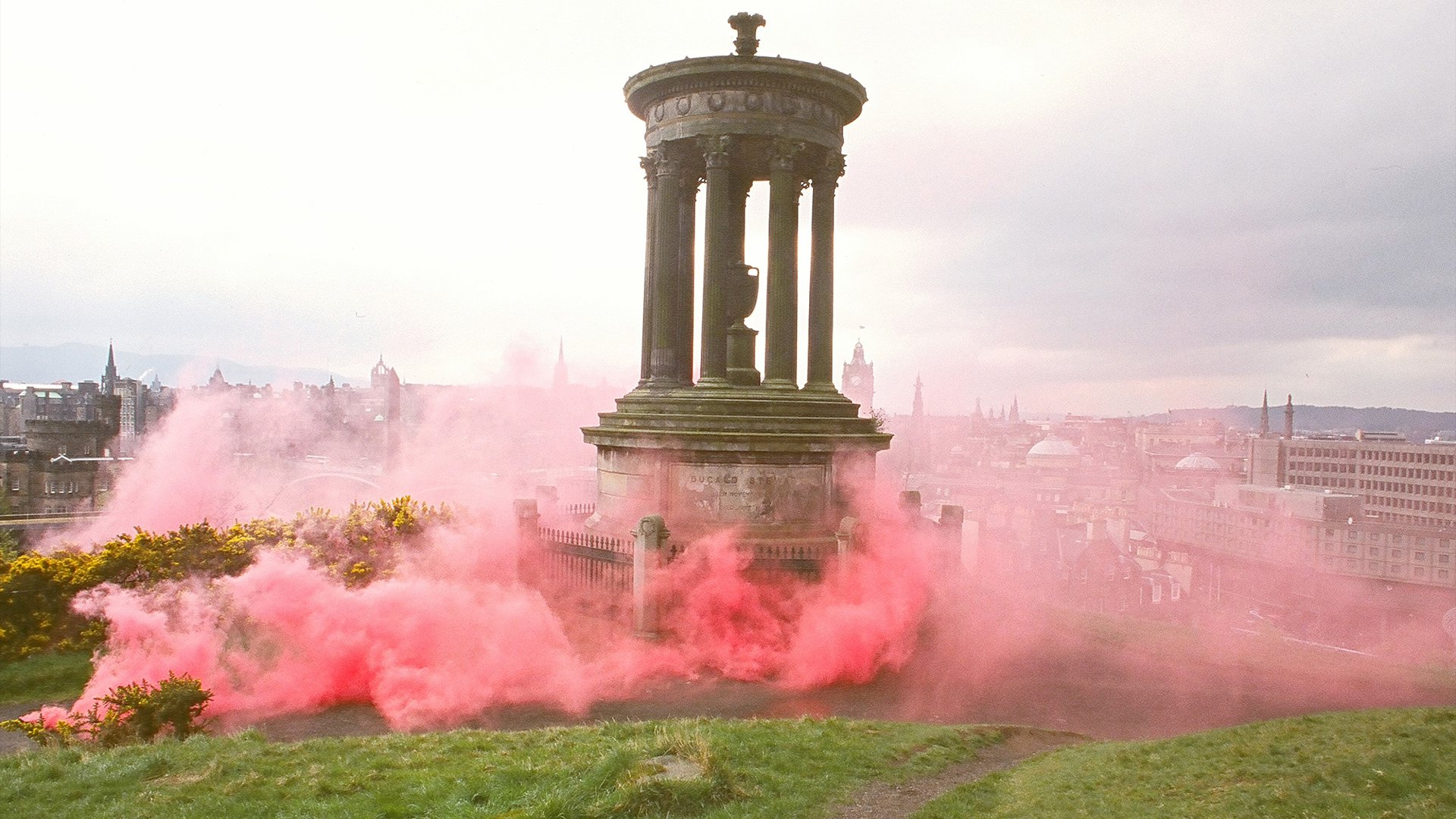 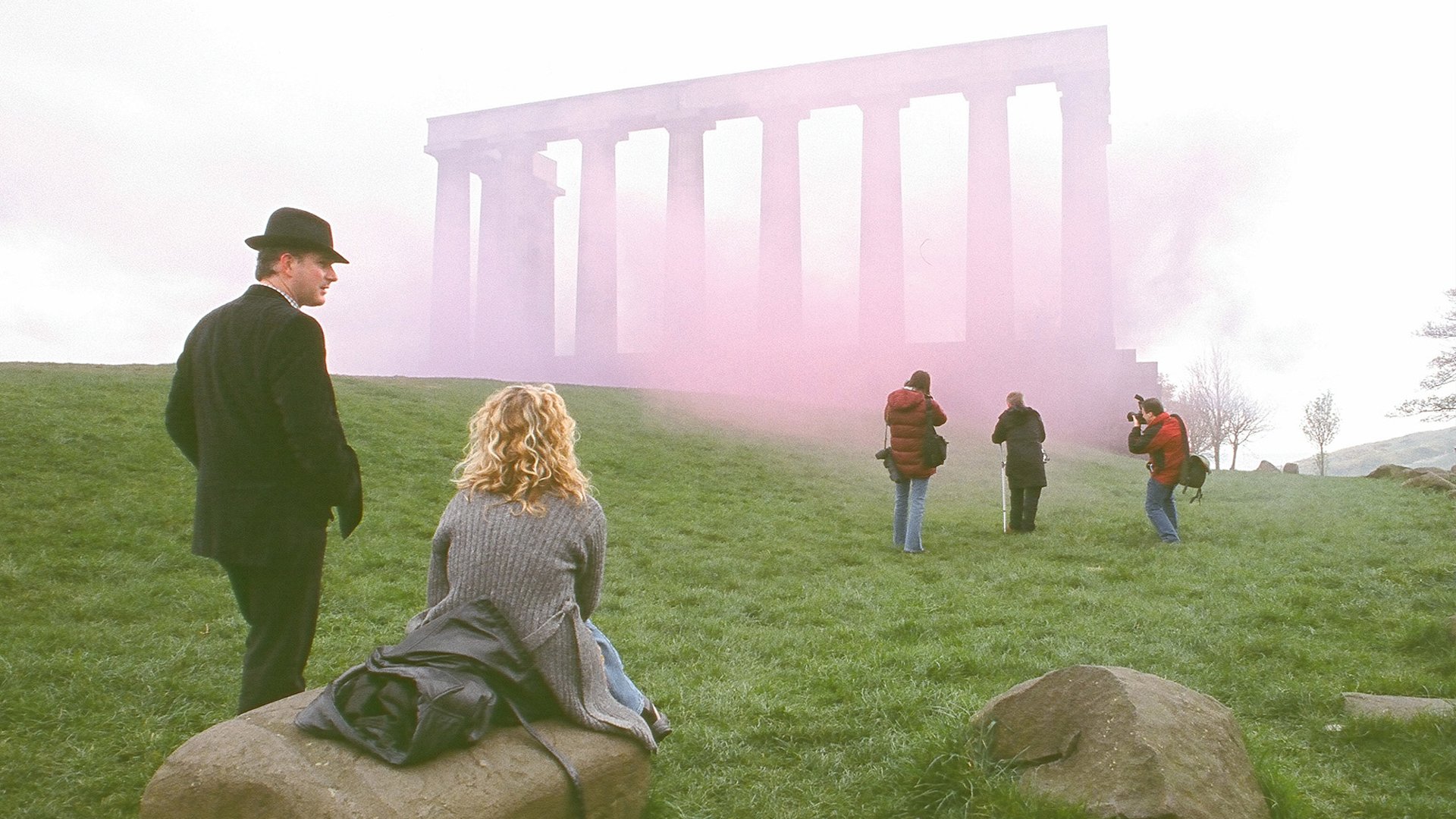 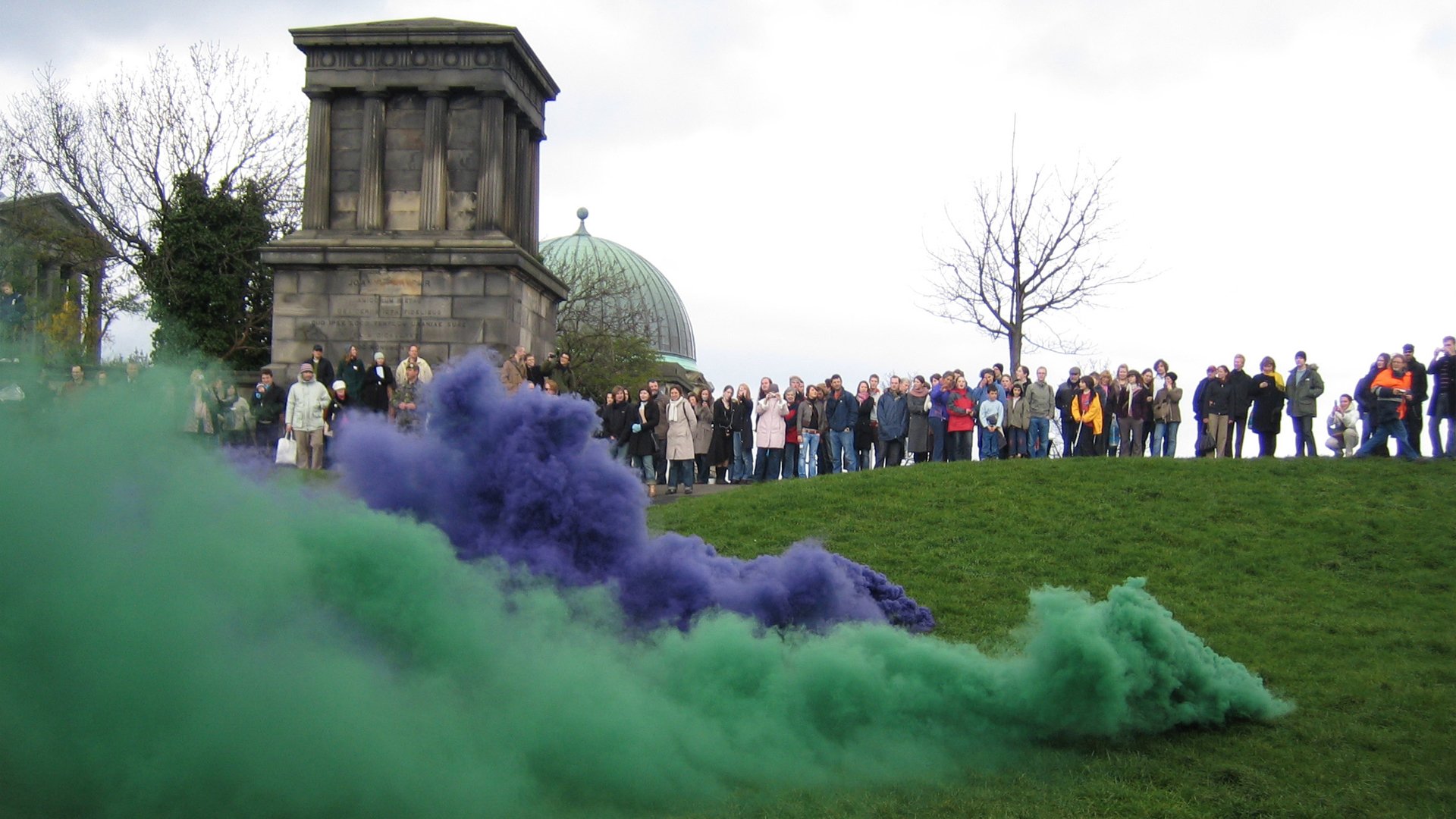 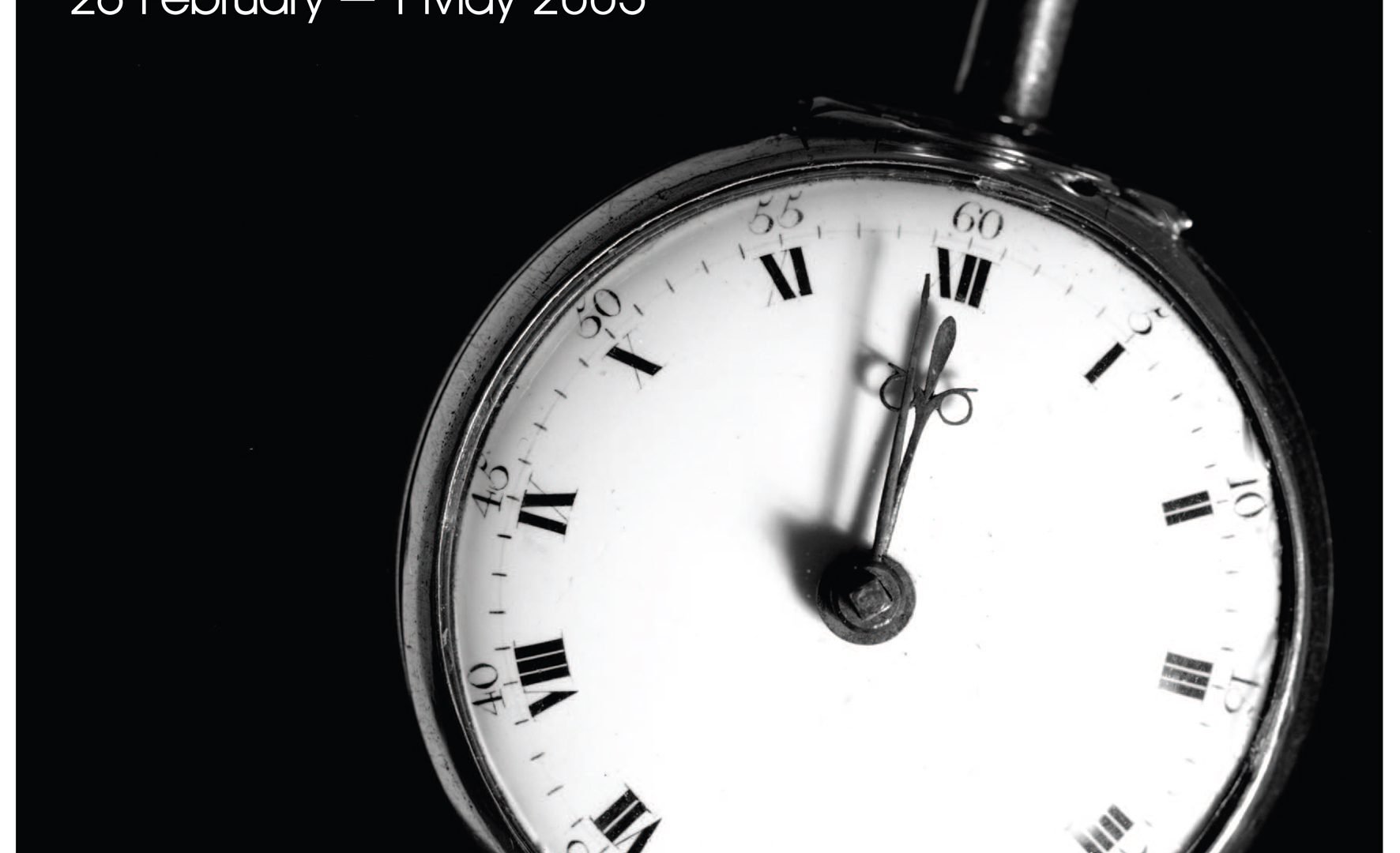 Simon Patterson is one of the most consistently inventive of the generation of London-based artists who came to international prominence in the 1990s. A complex manipulation of systems of classification, documentation, description and understanding, his work urges us to reconsider how and why we think we know what we know.

Central to this exhibition was the re-staging in the upper gallery of General Assembly, commissioned for Chisenhale in London in 1994 and unseen in Europe since that year. A pivotal work, General Assembly, with its subtle confusion of sport, politics, language and literary satire, offers an arena in which to consider Patterson’s primary concerns, played out in the wealth of visual material in the rest of the exhibition.

In the lower galleries, key existing works, The Great Bear, the artist’s well known re-working of the London underground map, and The Last Supper Arranged According to the Sweeper Formation (Jesus Christ in Goal), an early wall drawing that plays havoc with two hitherto sacrosanct articles of religious and sporting faith, framed major new projects. Time Piece is a film commissioned for this exhibition, in which Patterson edited new footage of old watches according to the timing of the climactic sequences of the classic Western High Noon. Ur combined the street plan of the Iraqi city of Ur with a wiring diagram, offering a new approach to ancient and contemporary civilisation.