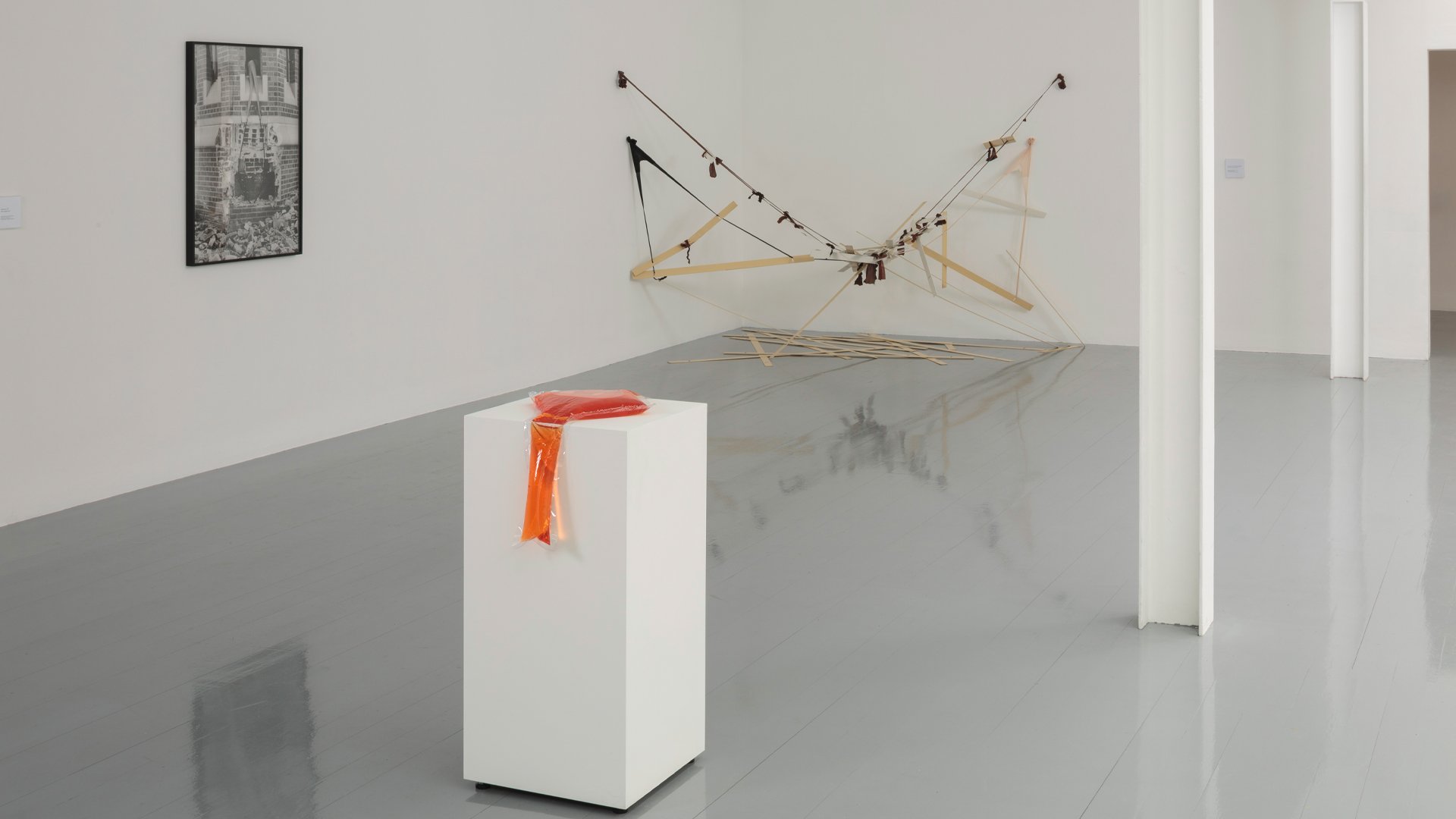 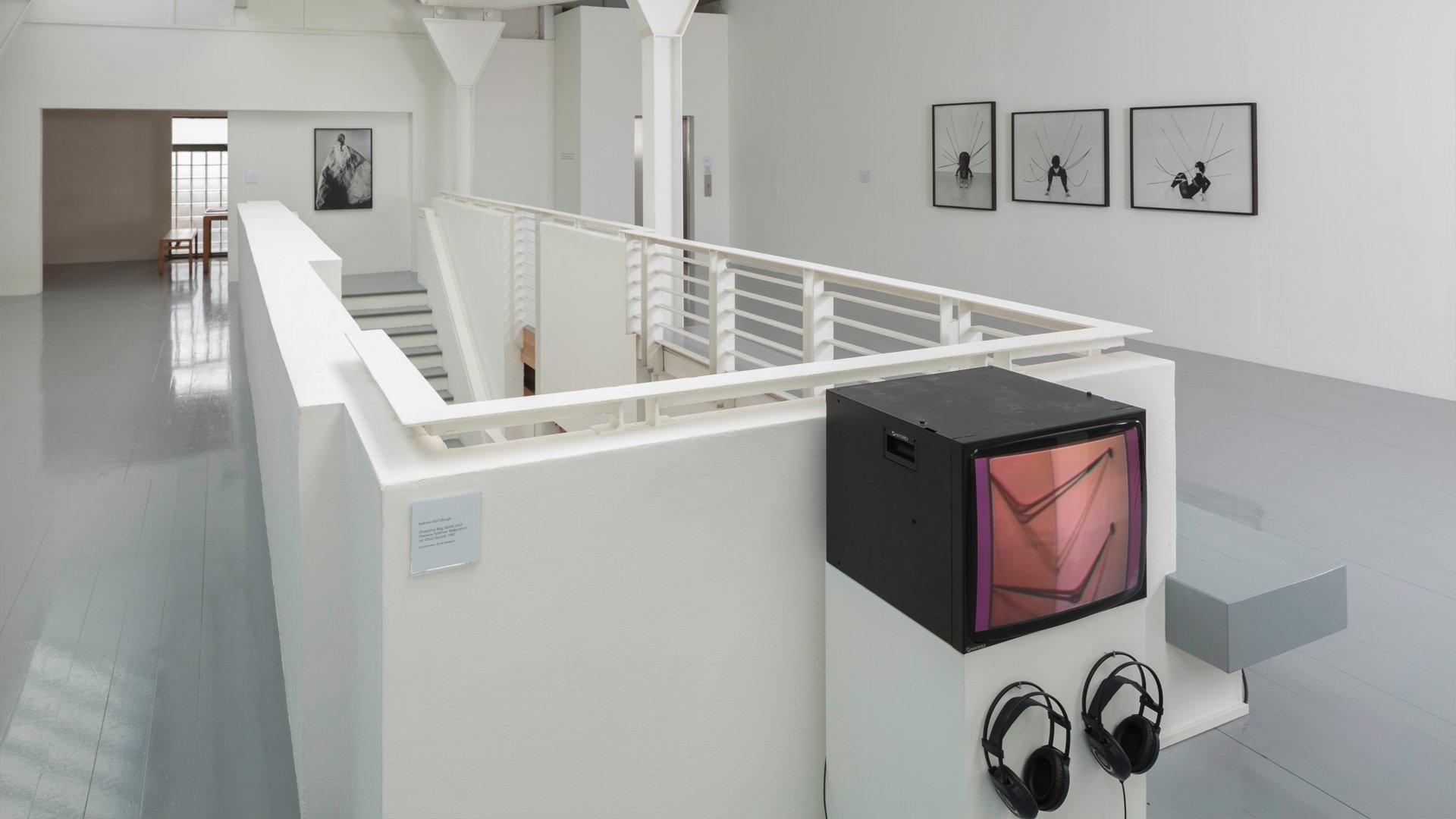 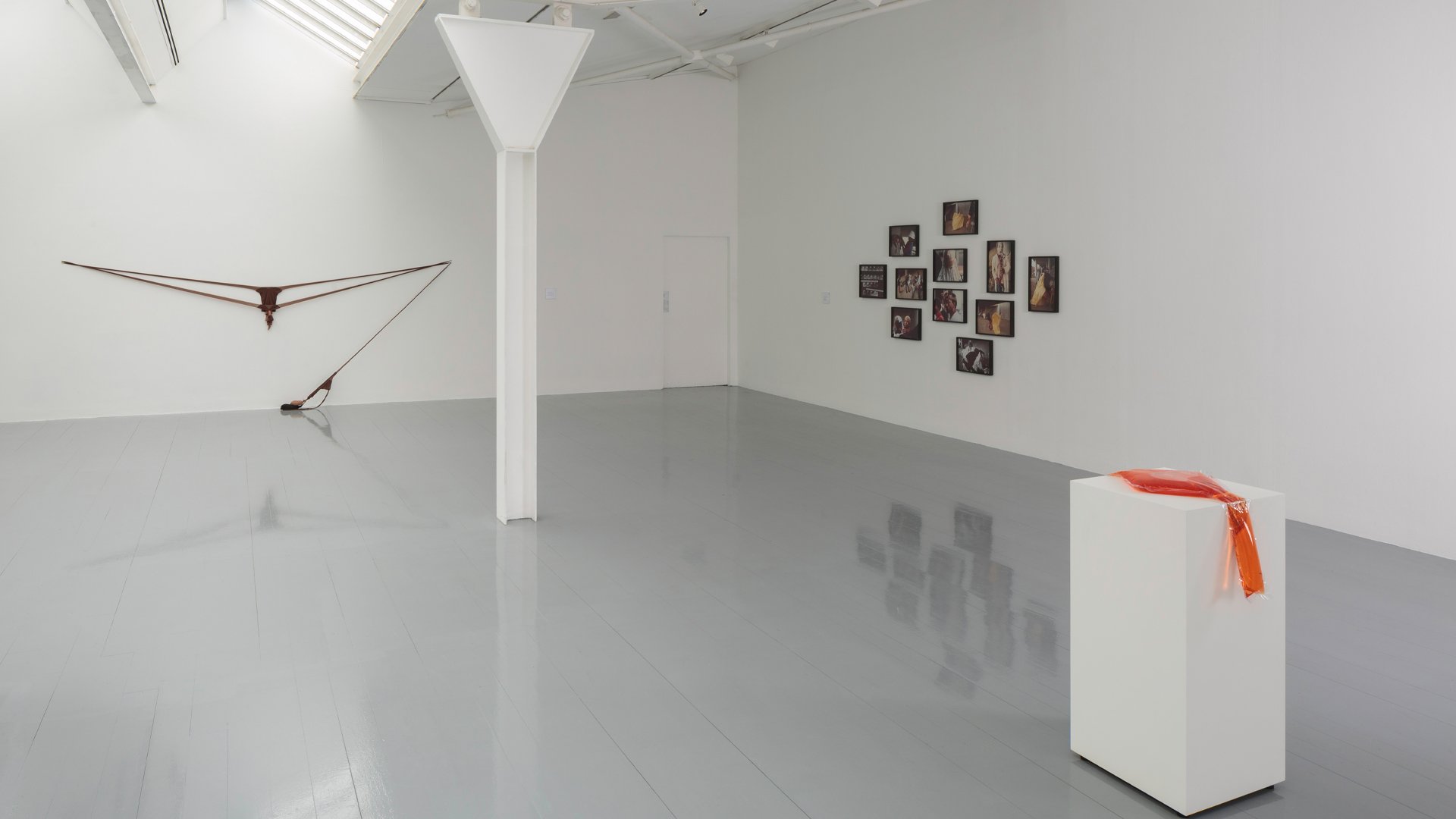 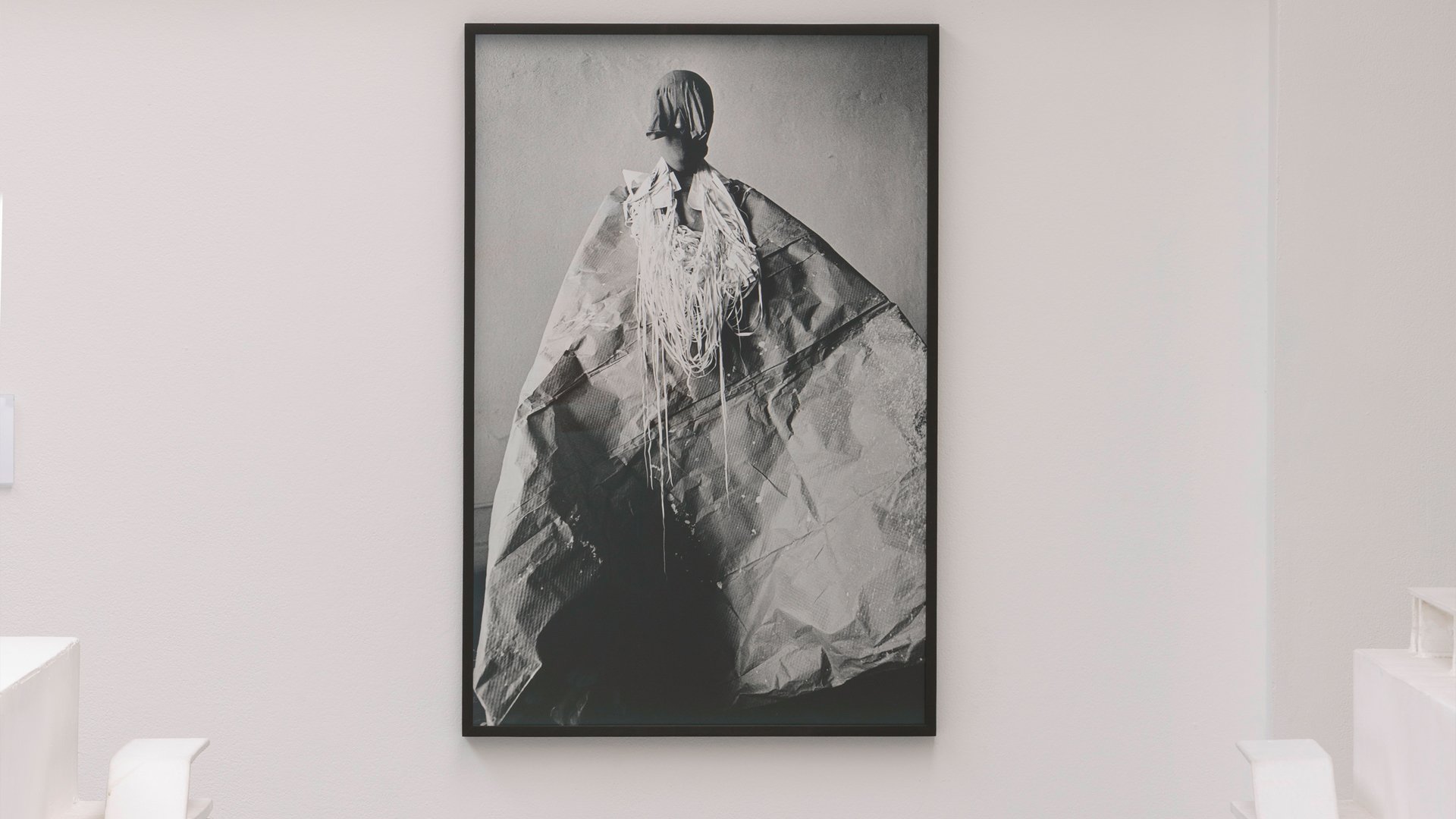 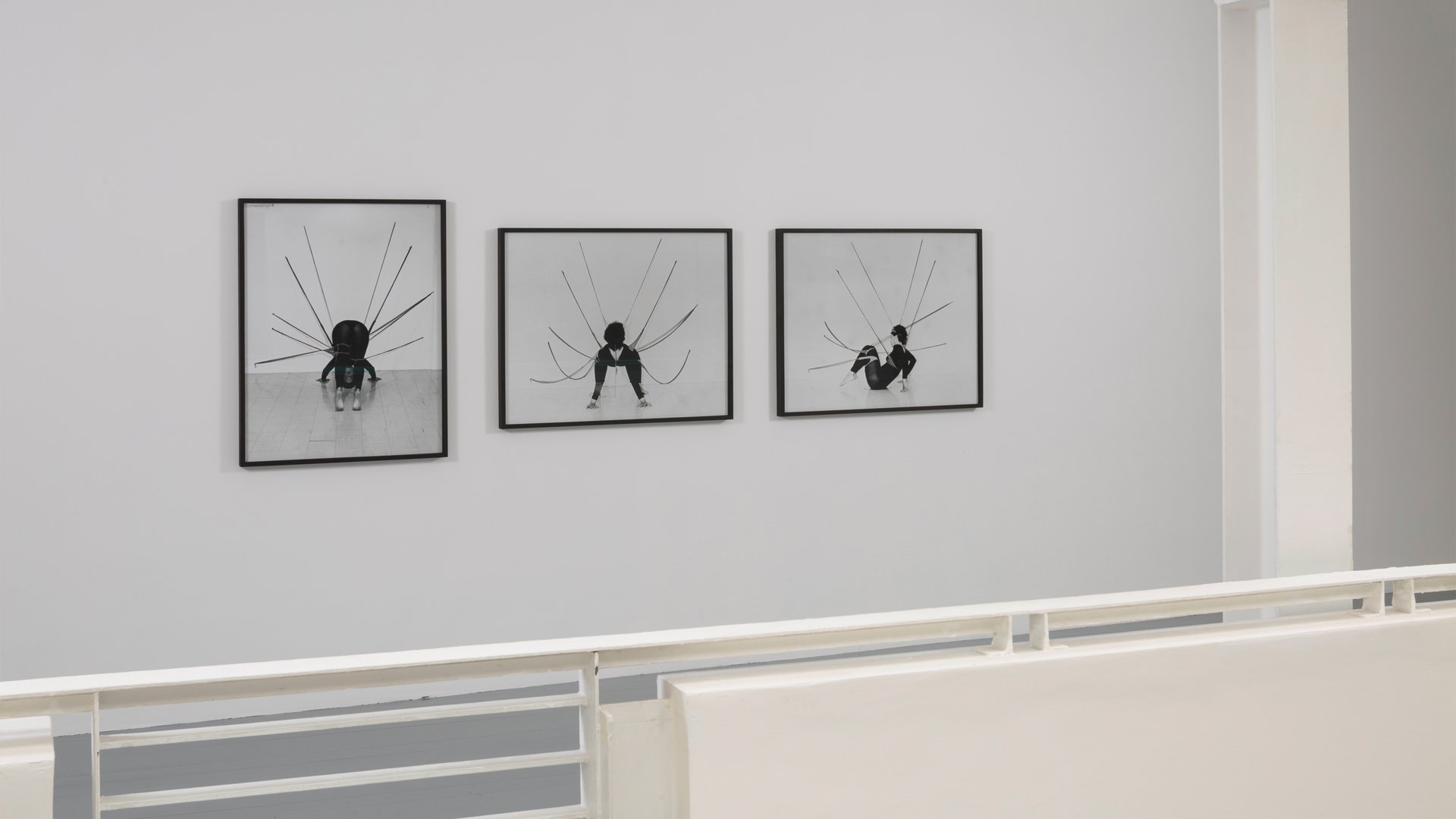 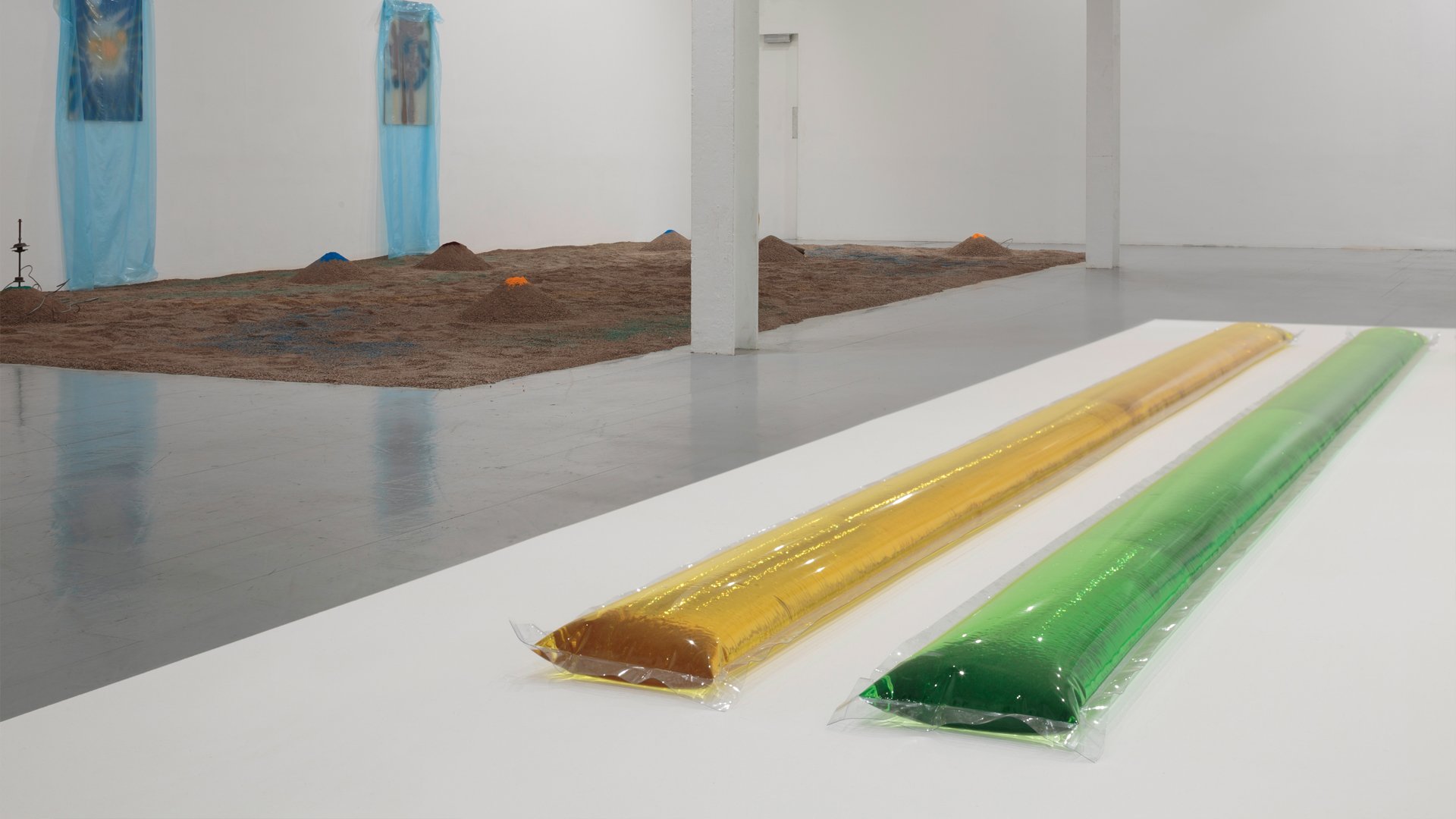 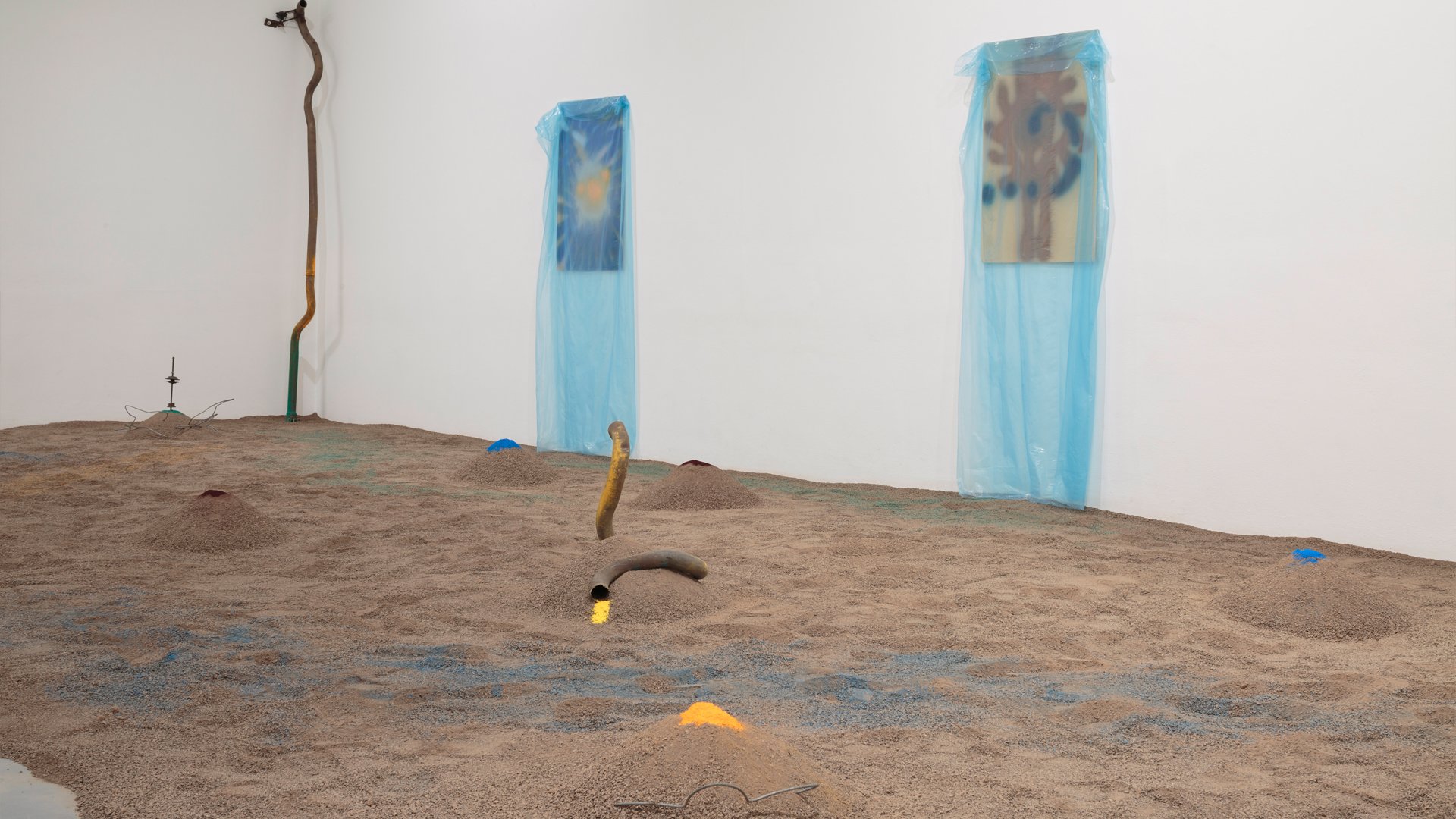 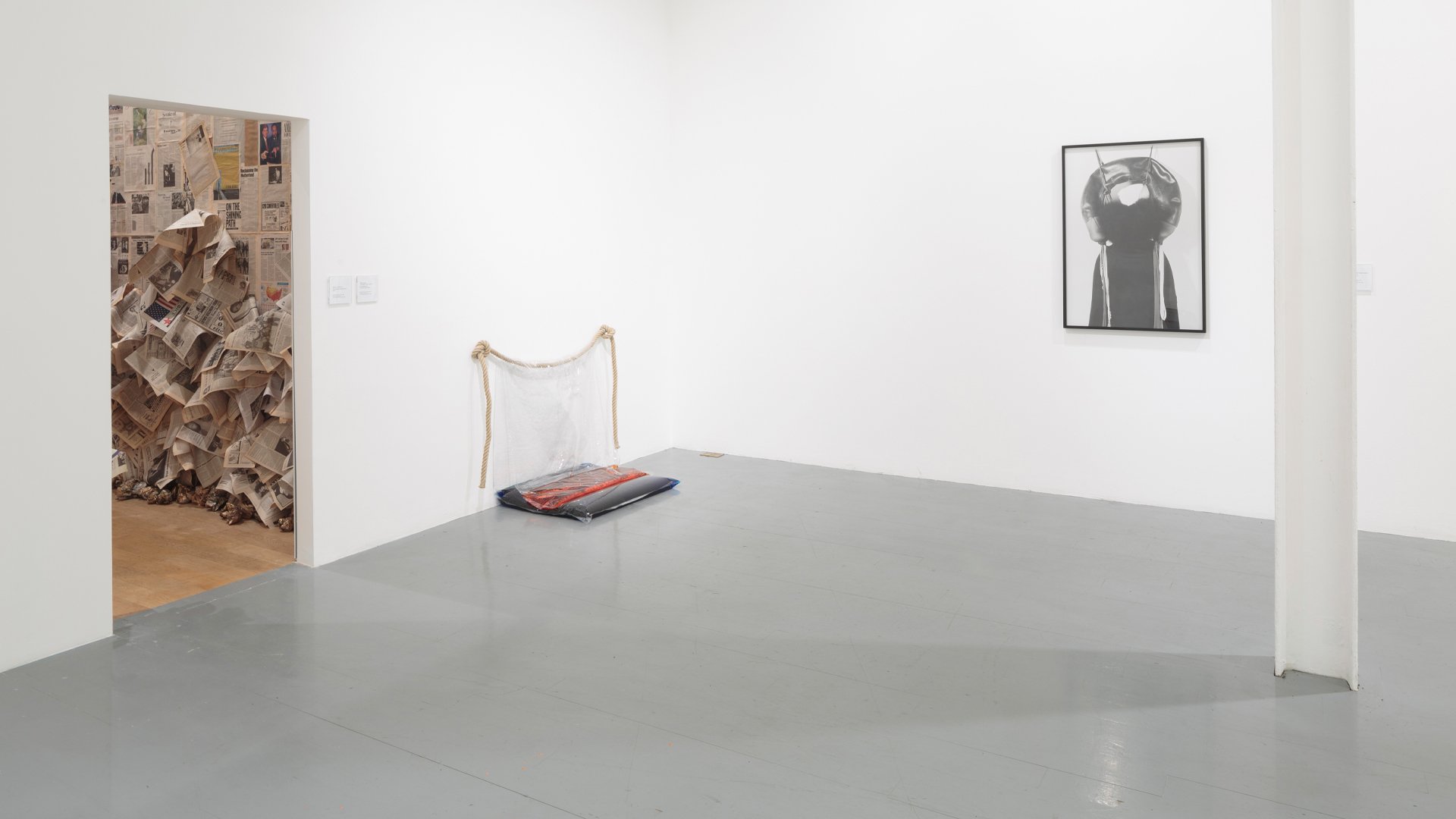 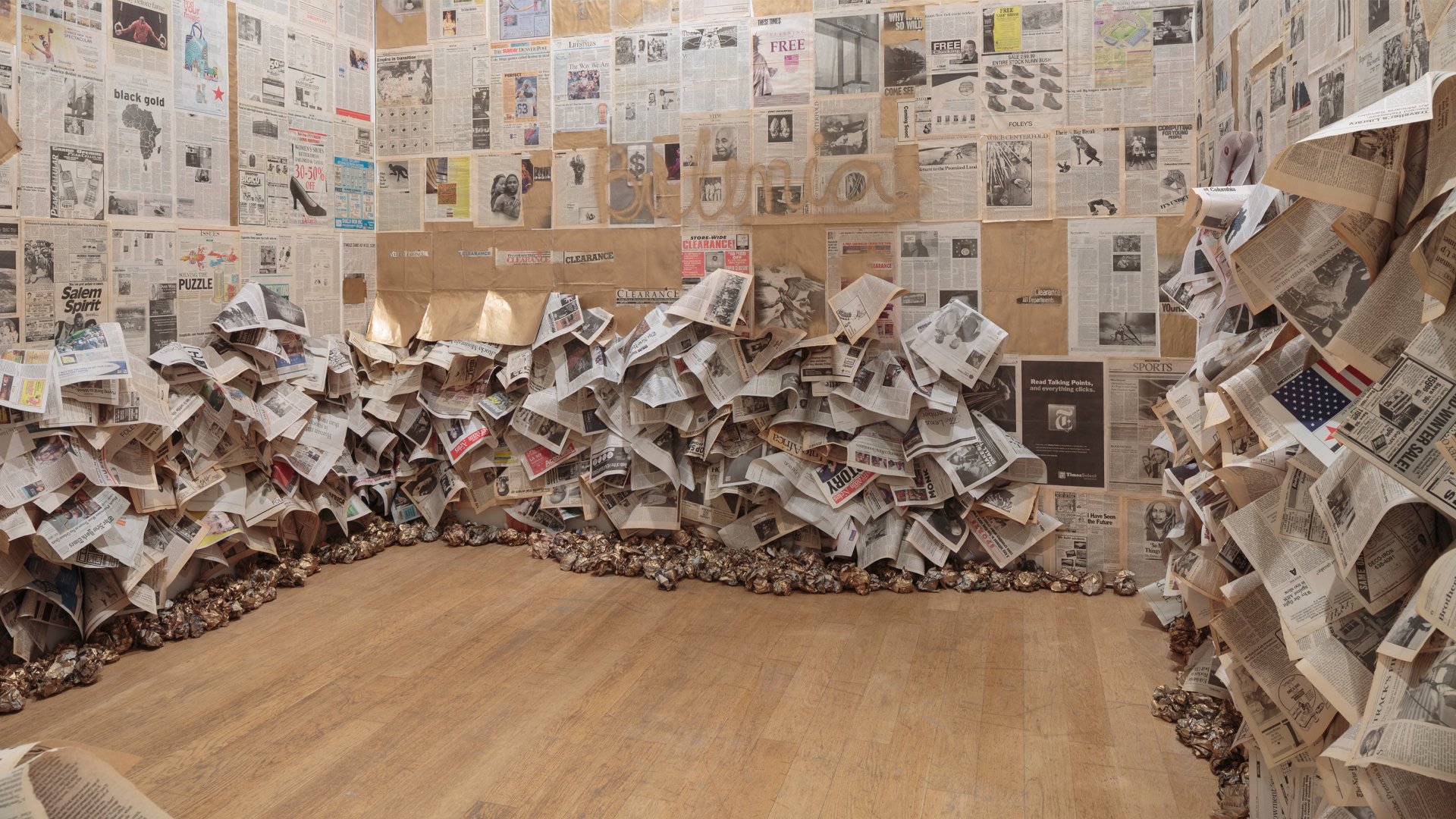 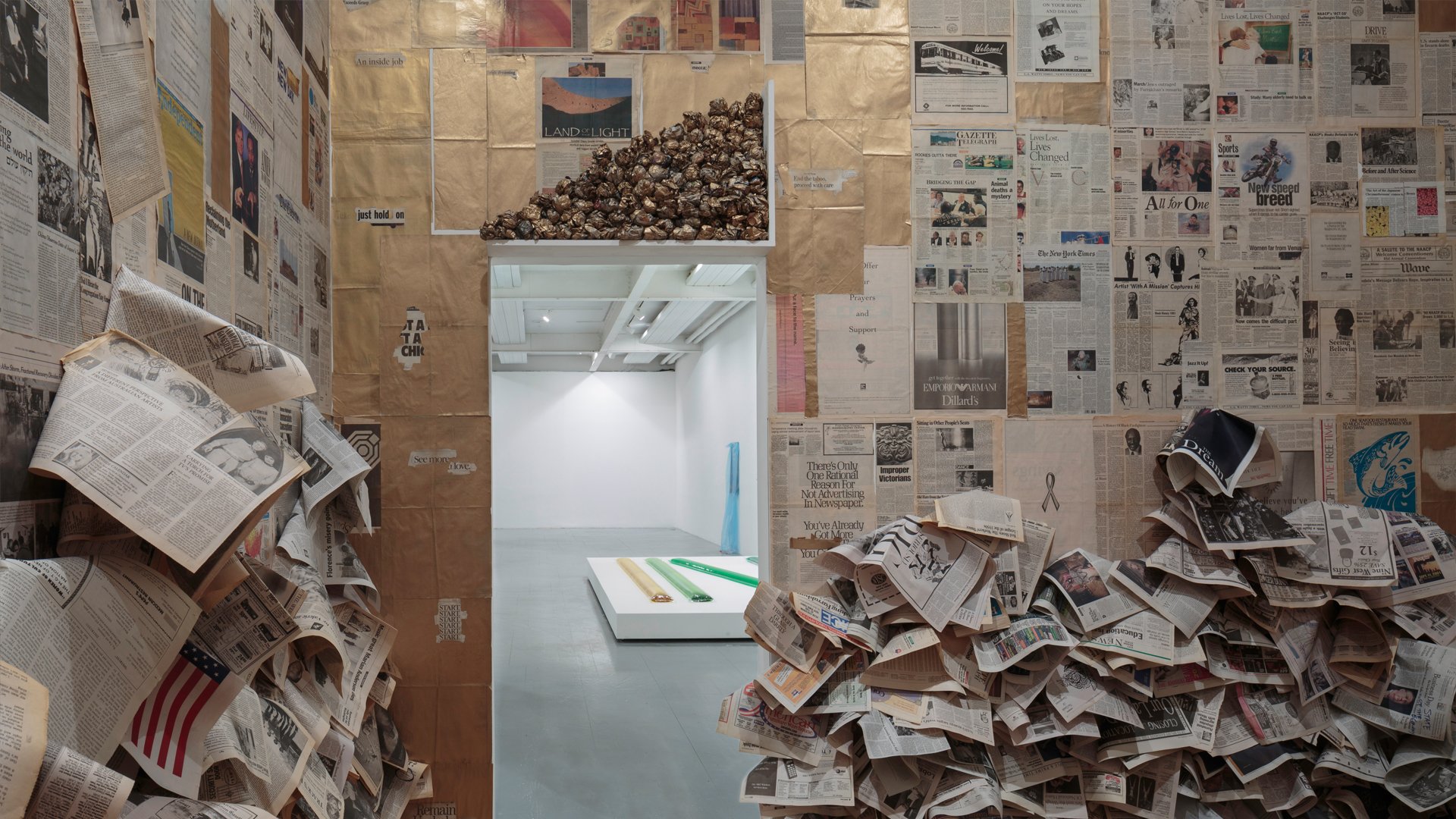 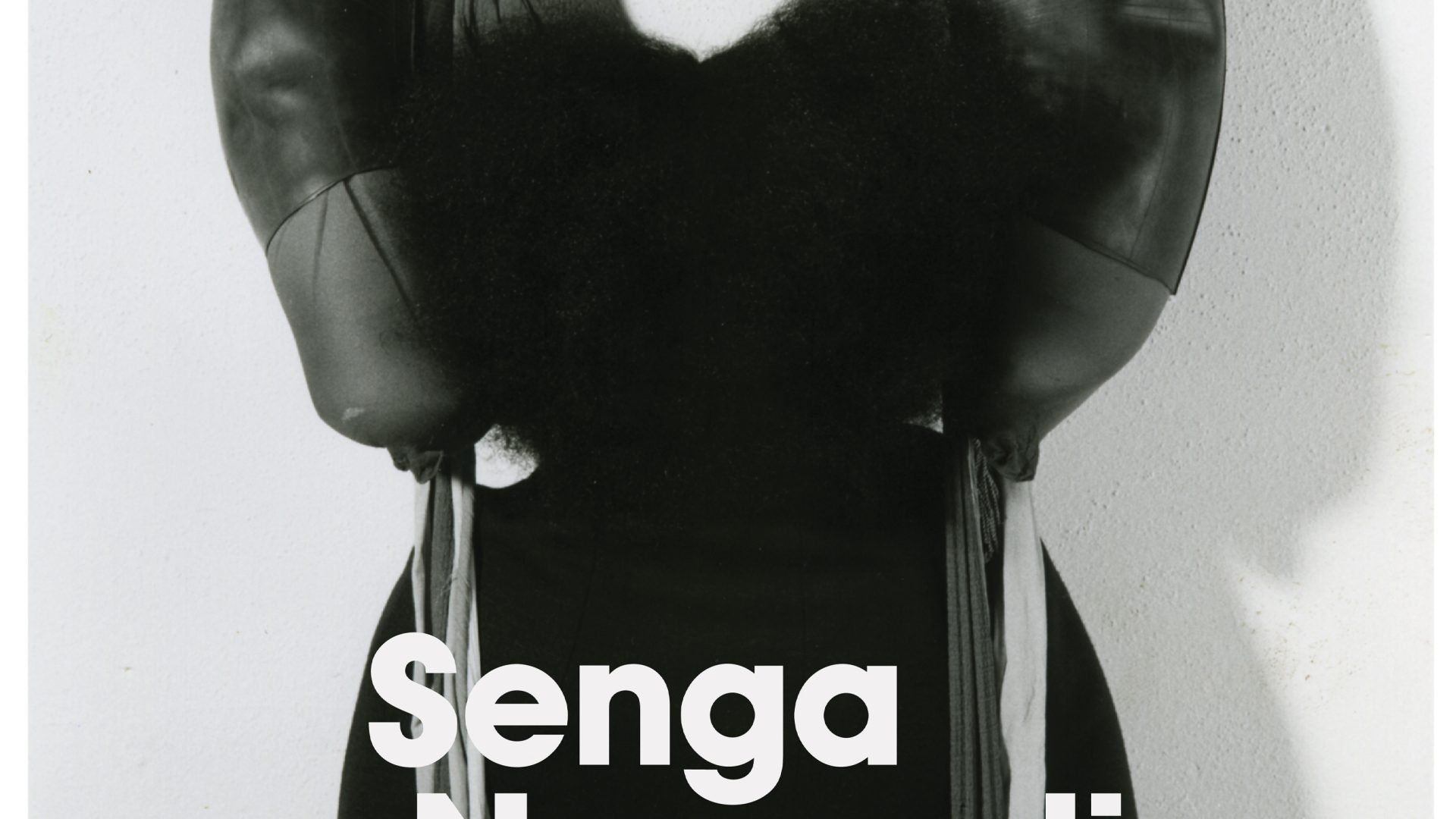 This was the first solo institutional exhibition of the work of Senga Nengudi outside the United States. Originally organised by the Henry Moore Institute, the exhibition brought together pioneering sculpture, photography and documentation of performance from 1969 to the present, including recreations of work not seen since the 1970s and a major new installation.

Born in Chicago in 1943, Senga Nengudi has been a trailblazer in sculpture for fifty years. A vital figure in the avant-garde scenes of Los Angeles and New York in the 1960s and 1970s, her work is characterised by a persistently radical experimentation with material and form.

Among Nengudi’s earliest works are her Untitled (Water Composition) sculptures from the late 1960s–1970s. Made from heat-sealed transparent vinyl and filled with coloured water, these works were unseen for forty years, and a number were recreated especially for this exhibition. Undermining the static and industrial tendencies of Minimalist sculpture, these abstract water sculptures hang and flop with the weight of a body, mimicking flesh while responding to the viewer’s touch.

The R.S.V.P. series is perhaps Nengudi’s best known body of work, and the exhibition included several significant examples. Begun in 1975, the works are made with nylon tights stretched, knotted, filled with sand and mounted between the walls and the floor. Nengudi has referred to these influential pieces as ‘abstracted reflections of used bodies’ and they remain powerful, yet humble, icons of the triumphs and traumas of the human body. As well as exhibiting them as sculpture, Nengudi used them in performance, and the exhibition included the triptych of photographs Performance Piece (1978), in which Maren Hassinger, a long-time collaborator and choreographer, interacts with R.S.V.P. sculptures.

Much of Nengudi’s work has been informed by her longstanding interest in spiritual rituals across cultures. Ceremony for Freeway Fets (1978) comprises eleven photographs documenting a performance Nengudi made with Hassinger, David Hammons and members of the Studio Z collective in a Los Angeles freeway underpass in 1978. A new Sandmining installation was made specially for the exhibition, and was shown alongside elements from the Wet Night – Early Dawn – Scat Chant – Pilgrim’s Song series from the 1990s, the works together explored the artist’s ongoing investigations into the commonalities of different belief systems and pilgrimage.

Offering an expansive overview of Nengudi’s practice and shedding light on the work of a figure fundamental to Postminimalism, this exhibition asserted Nengudi’s vital position within a generation of artists who redefined the possibilities of sculpture and representations of race and gender, while drawing upon a tradition of abstraction.

This exhibition was curated by Laurence Sillars, Head of Henry Moore Institute Programmes.