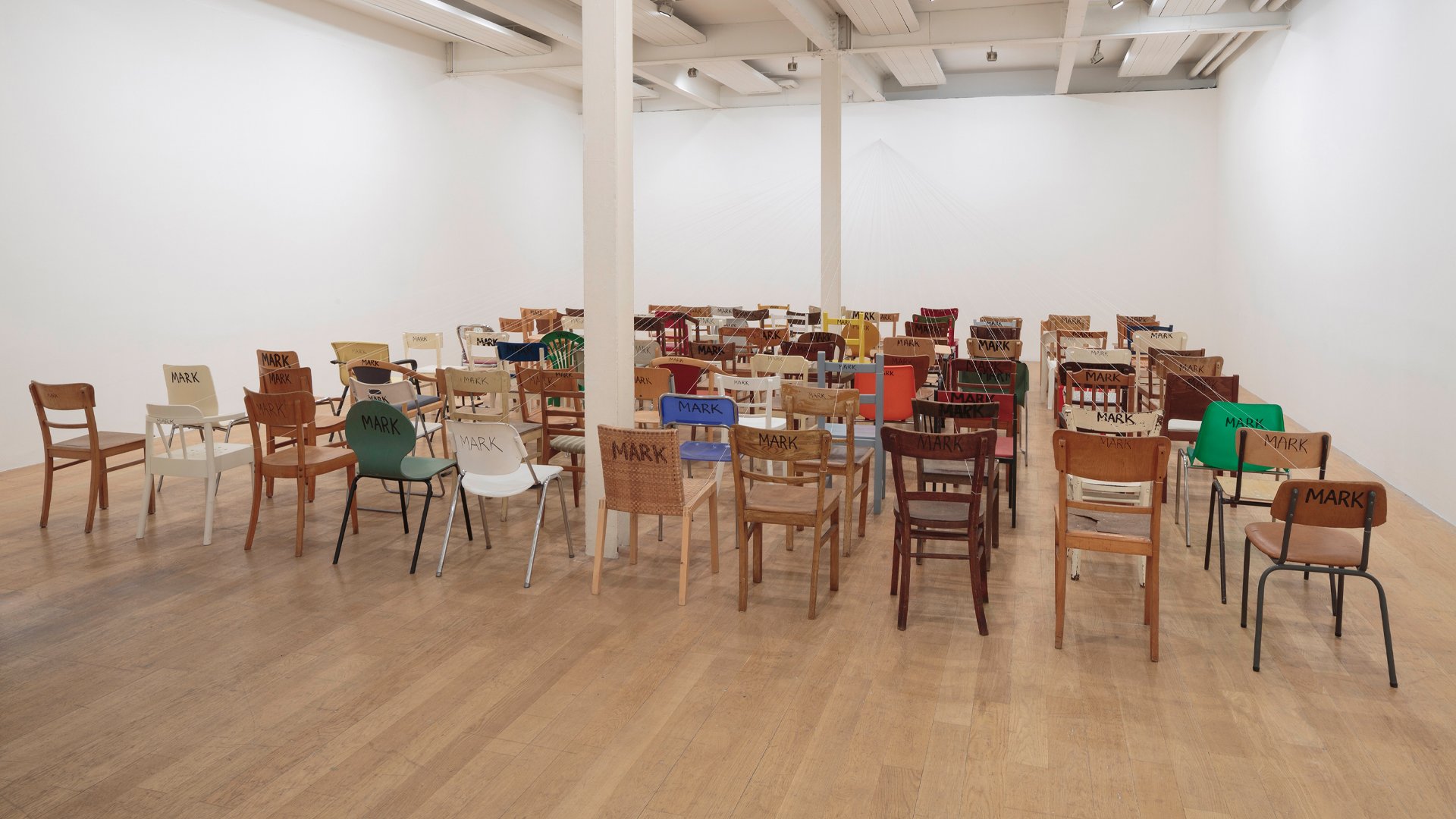 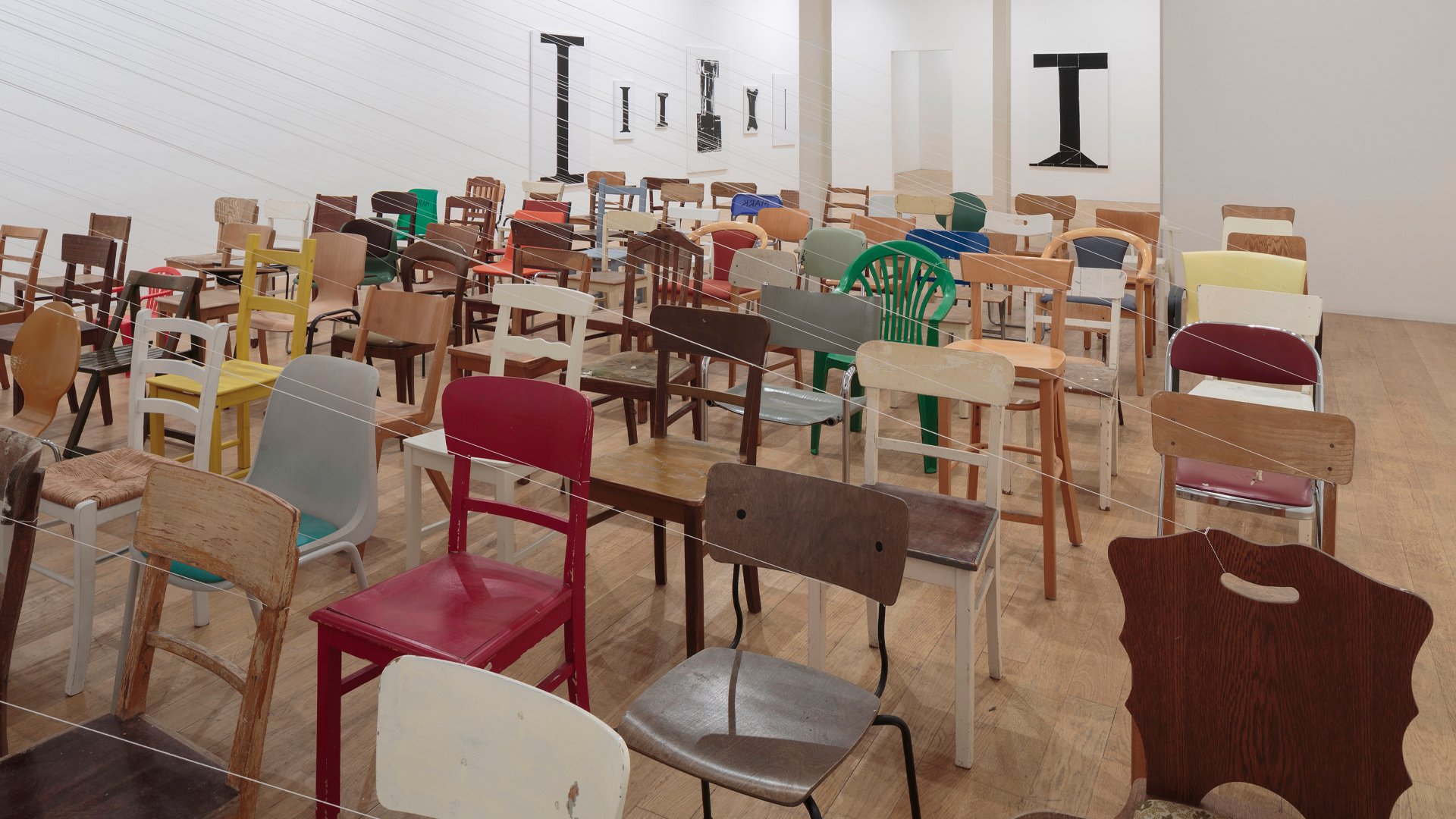 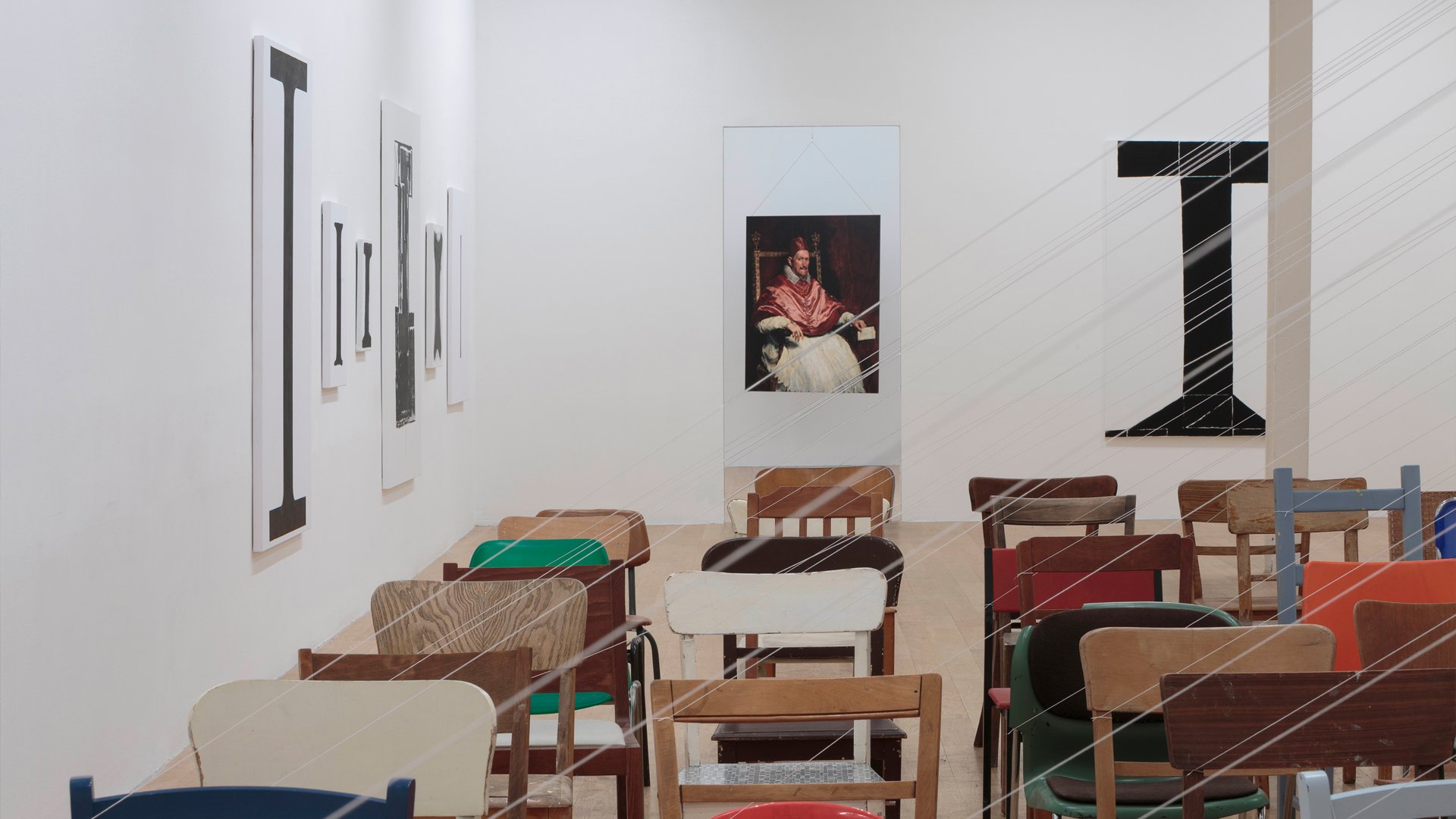 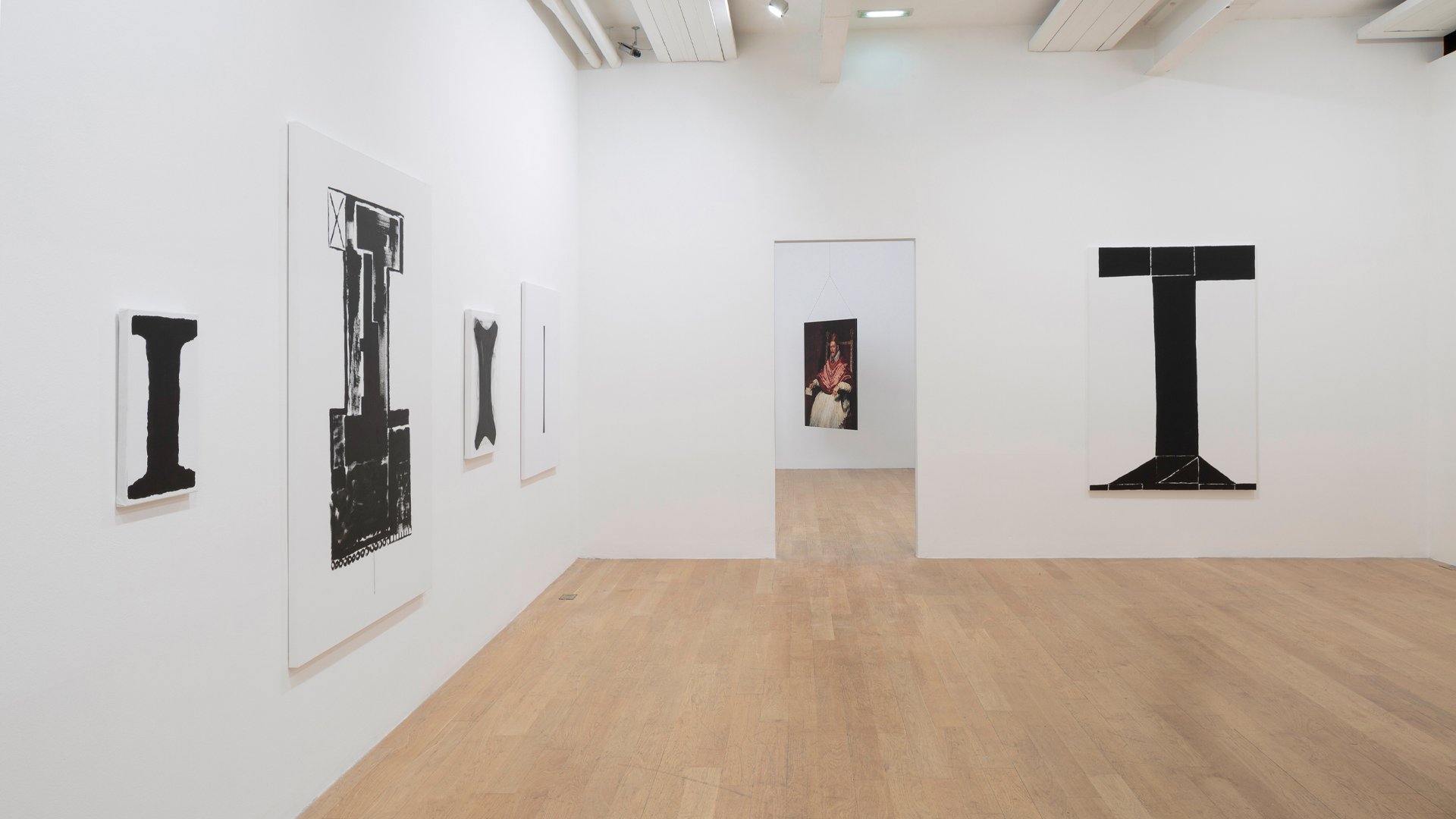 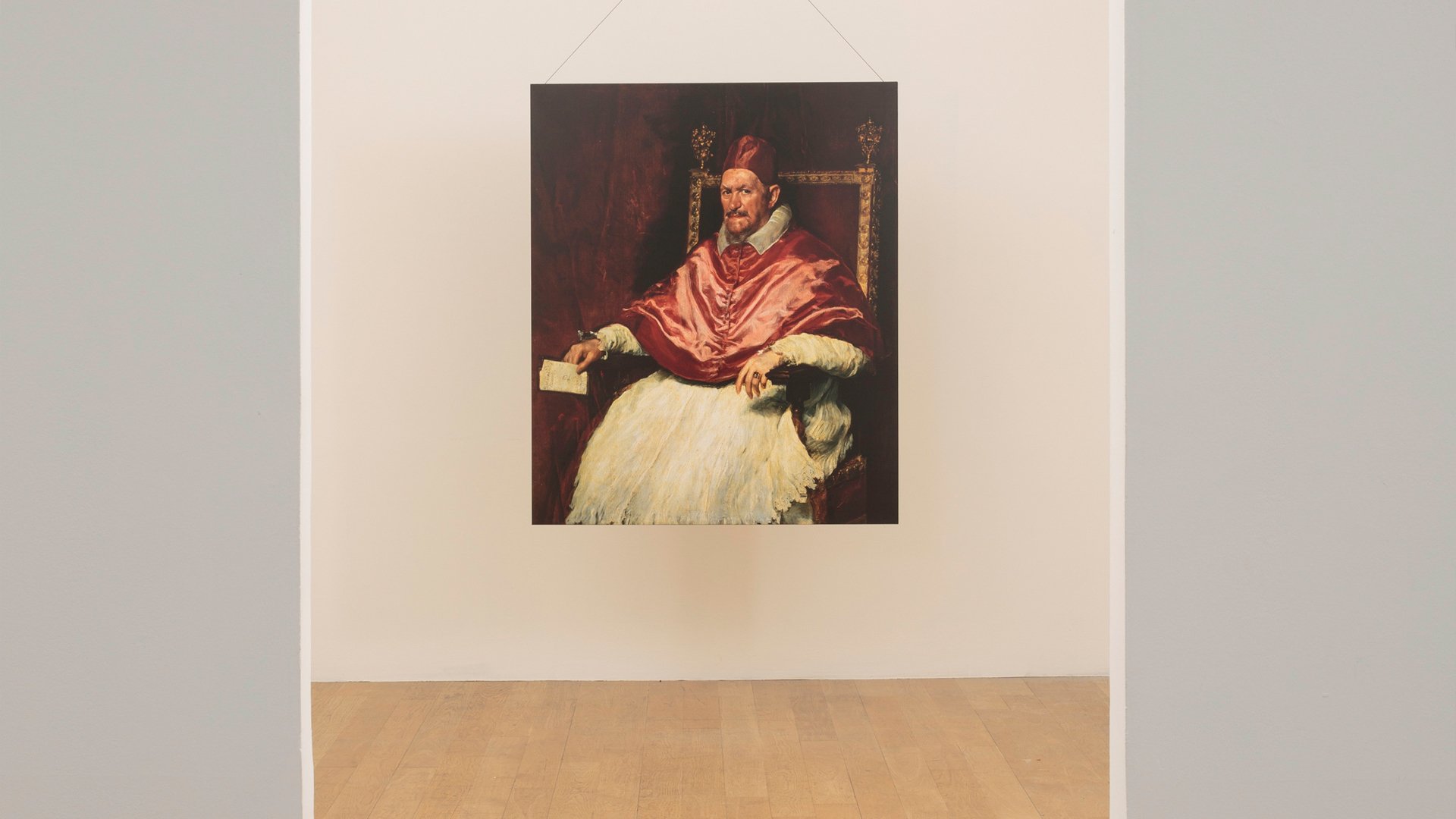 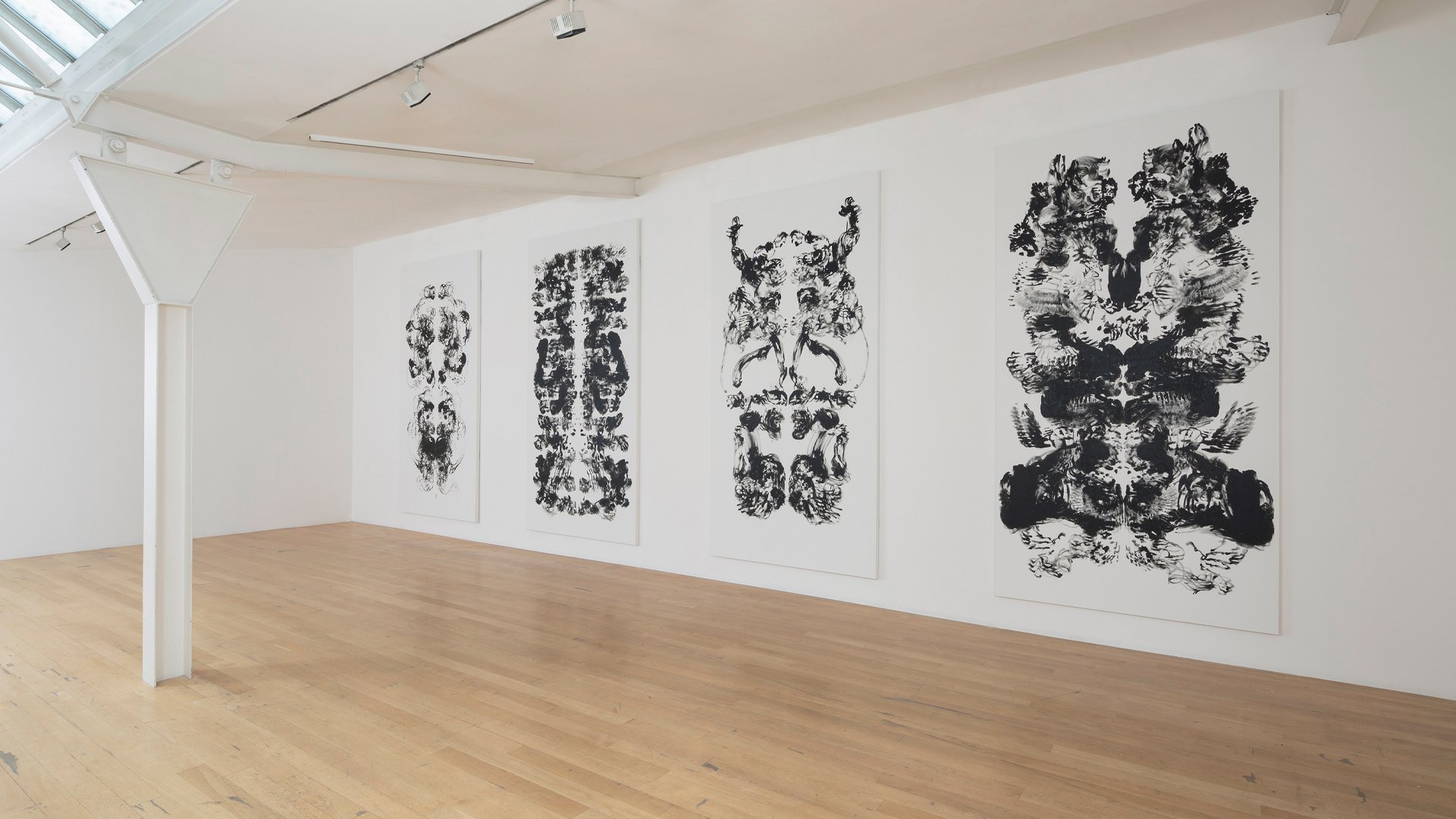 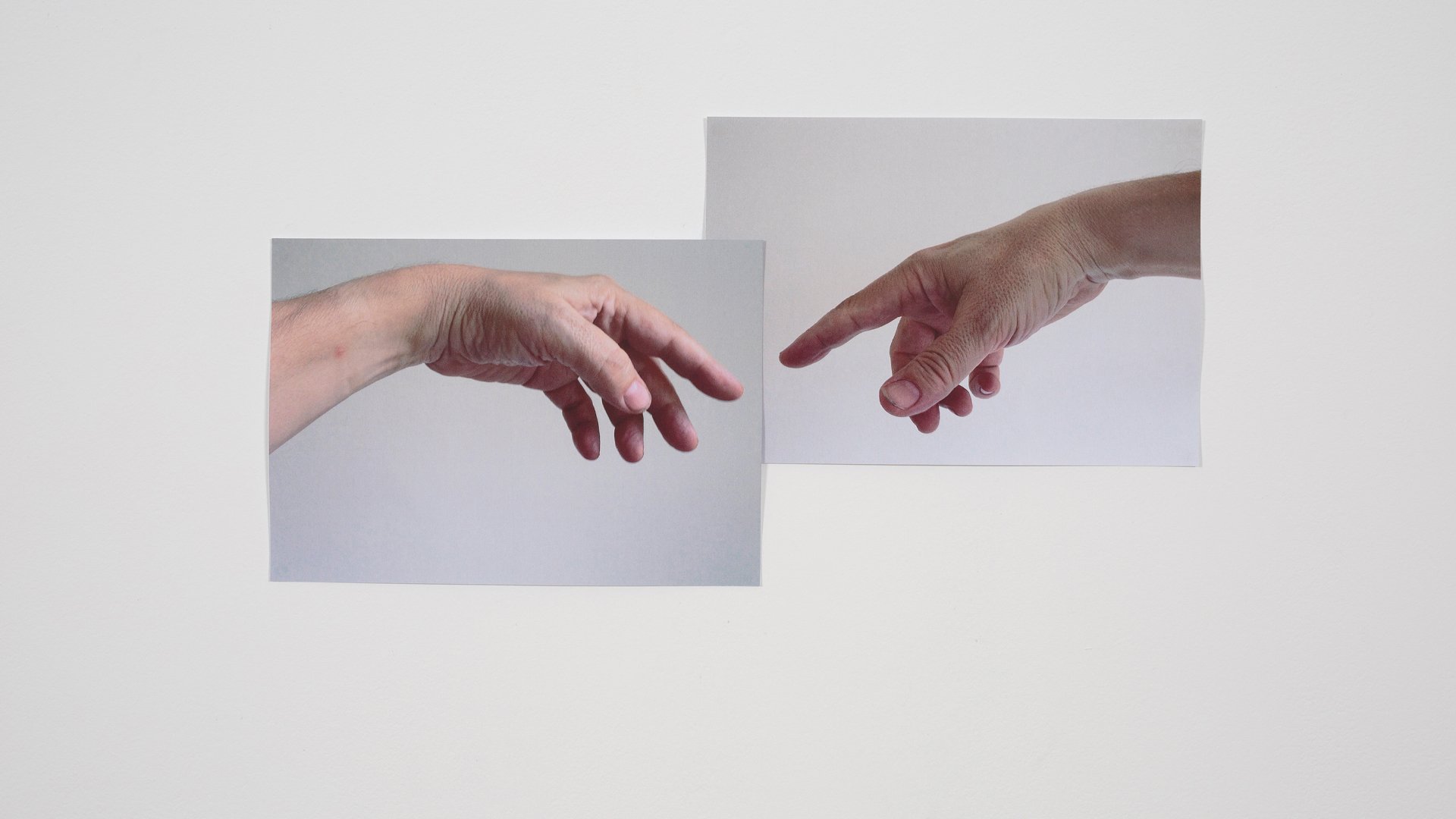 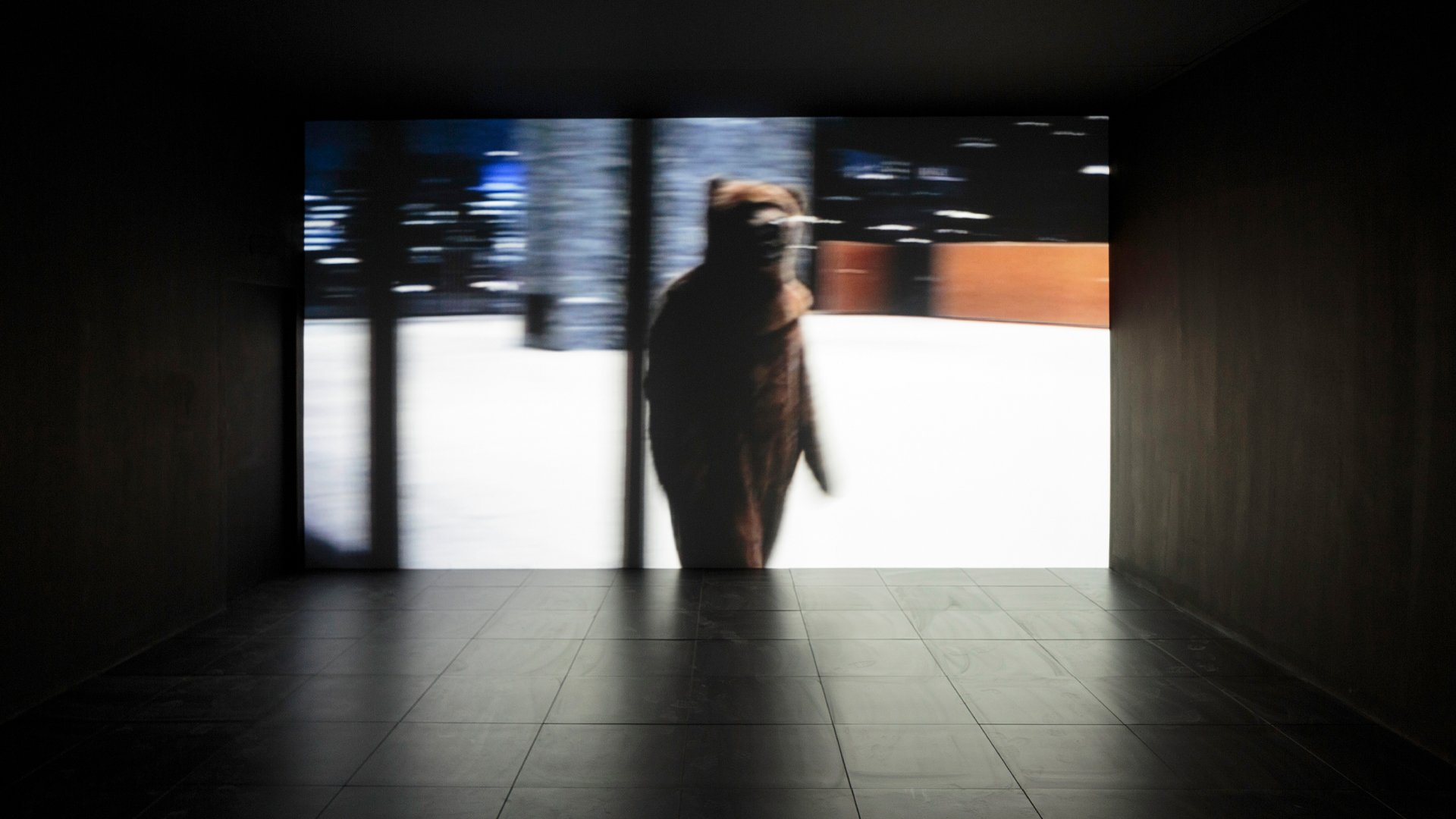 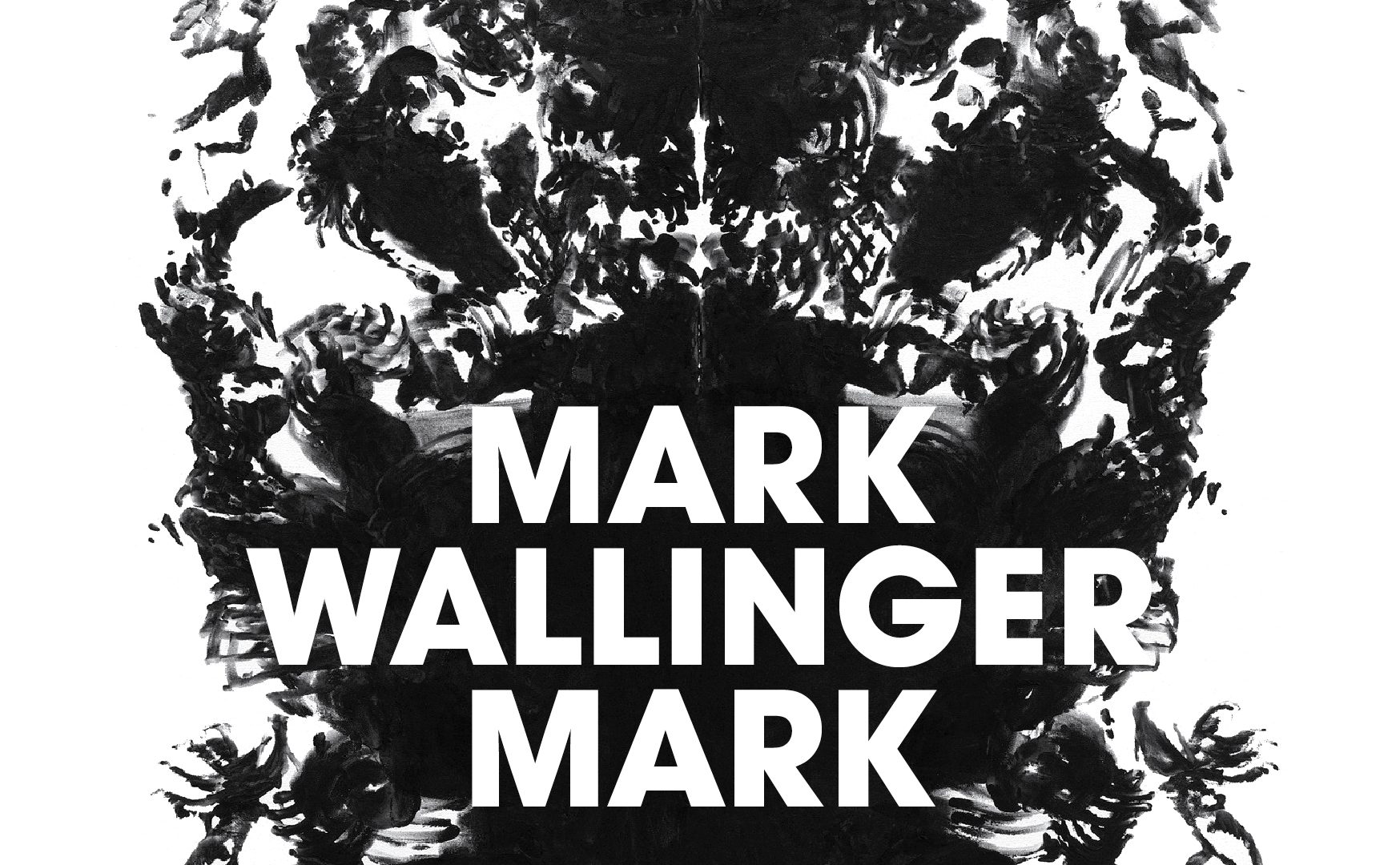 Known for a practice as stylistically diverse as it is politically engaged, Mark Wallinger creates work that encompasses painting, sculpture, photography, film, installation, performance and public art. This exhibition, presented in two parts, one at The Fruitmarket Gallery and the other at Dundee Contemporary Arts, was brought together in the context of his newest body of work, the id Paintings.

A selection from this series of vast paintings, each 360cm high (twice Wallinger’s height) and 180cm wide (his height again, and also the extent of his reach with both arms outstretched) was on show in each part of the exhibition. These paintings bring identity into focus as a recurring theme within Wallinger’s practice. Painted by hand (and simultaneously by each hand, the left mirroring the right) they bridge image and action. They move his way of working, as Wallinger has said, from ‘painting ‘I’s’ to ‘I paint’. The standing figure (the subject who stands – and stands up – for something) is one of the most powerful ways in which Wallinger explores identity.

This exhibition brought together several such figures, including the bear of Sleeper and the myriad ‘I’s of the Self Portrait paintings. It also moved beyond the standing figure to look at the importance of naming, marking and symmetry in the artist’s work.

Exhibition supported by The Ampersand Foundation