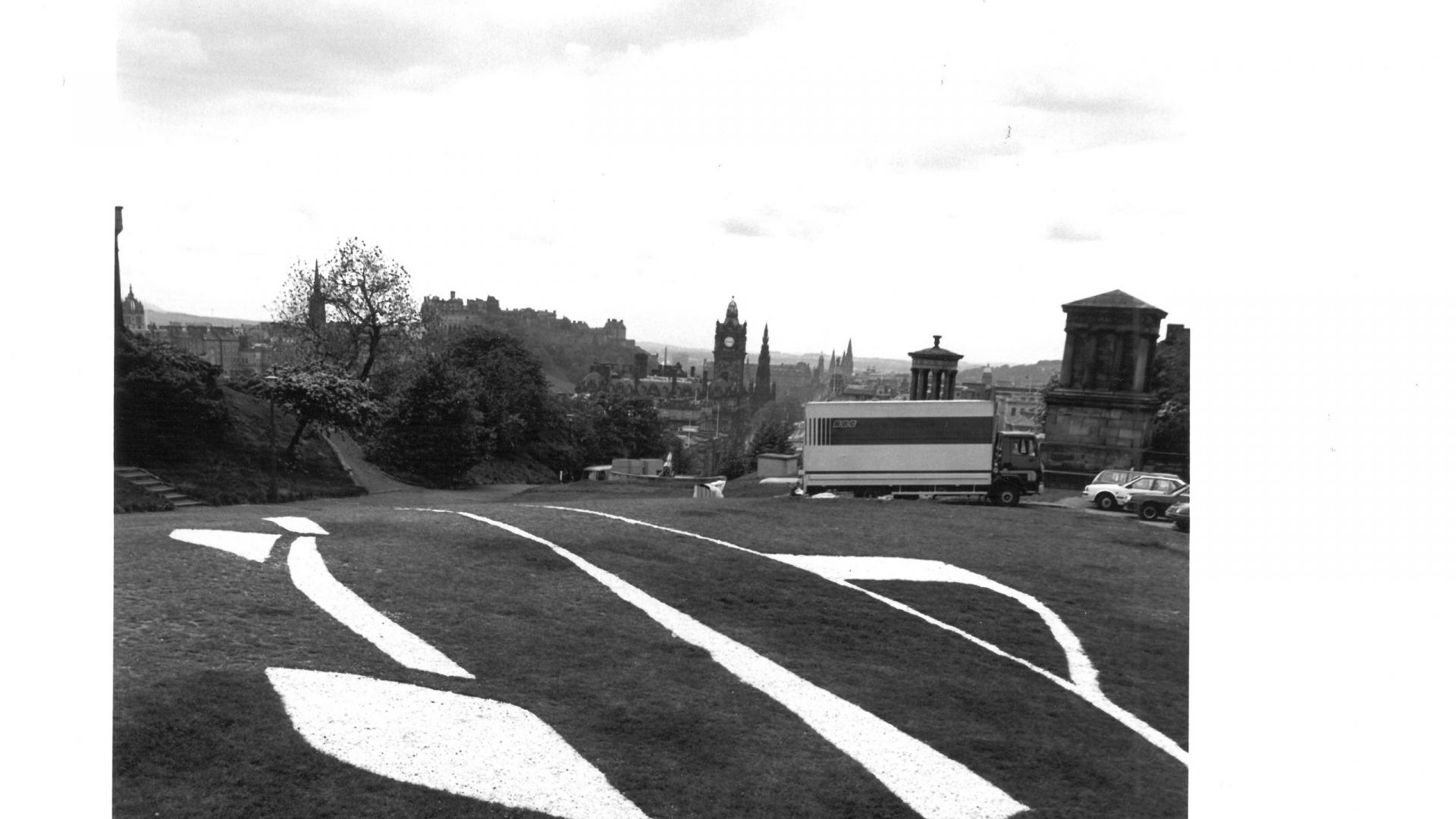 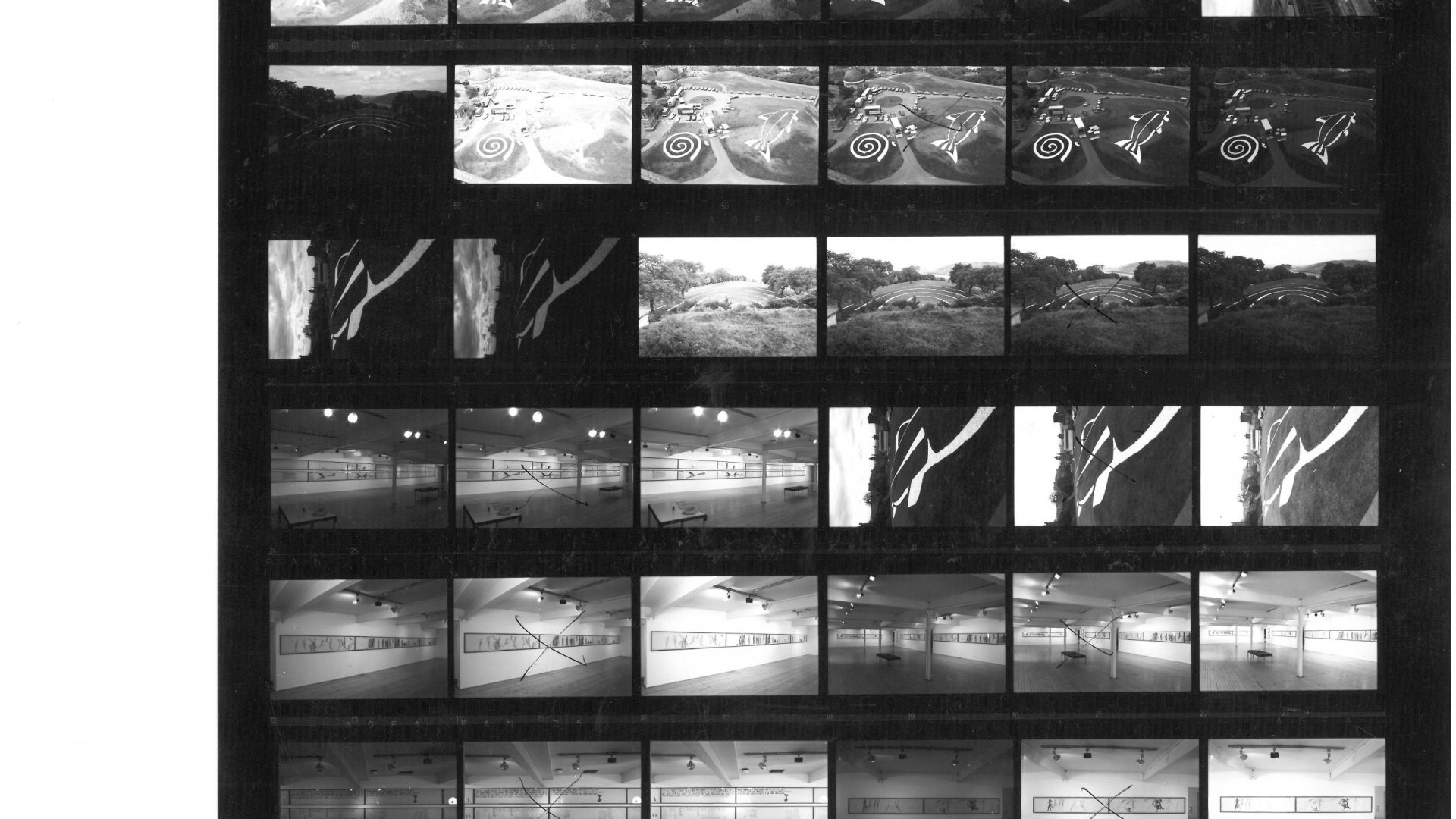 A national scheme for artworks on public sites throughout Britain, Television South West and South West Arts 3D was launched in the first week of May 1987. The work selected for the Edinburgh site on Calton Hill by Kate Whiteford was on view through the Summer.

Kate Whiteford’s work was an enormous drawing on the summit of Calton Hill. The symbols on the earth were best seen from the top of The Nelson Monument. They referred to ancient Pictish symbol stones which can still be found in Fife.