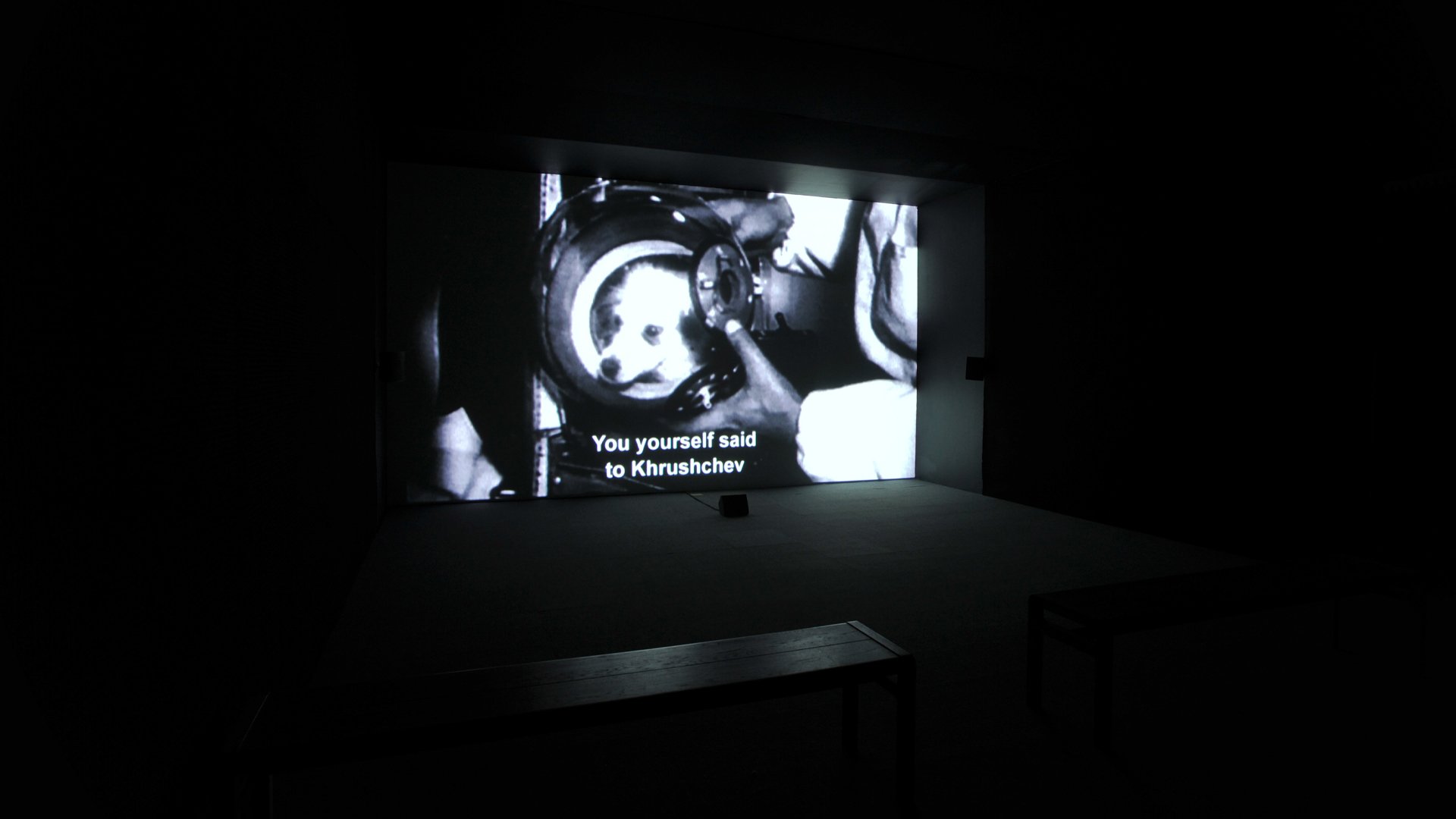 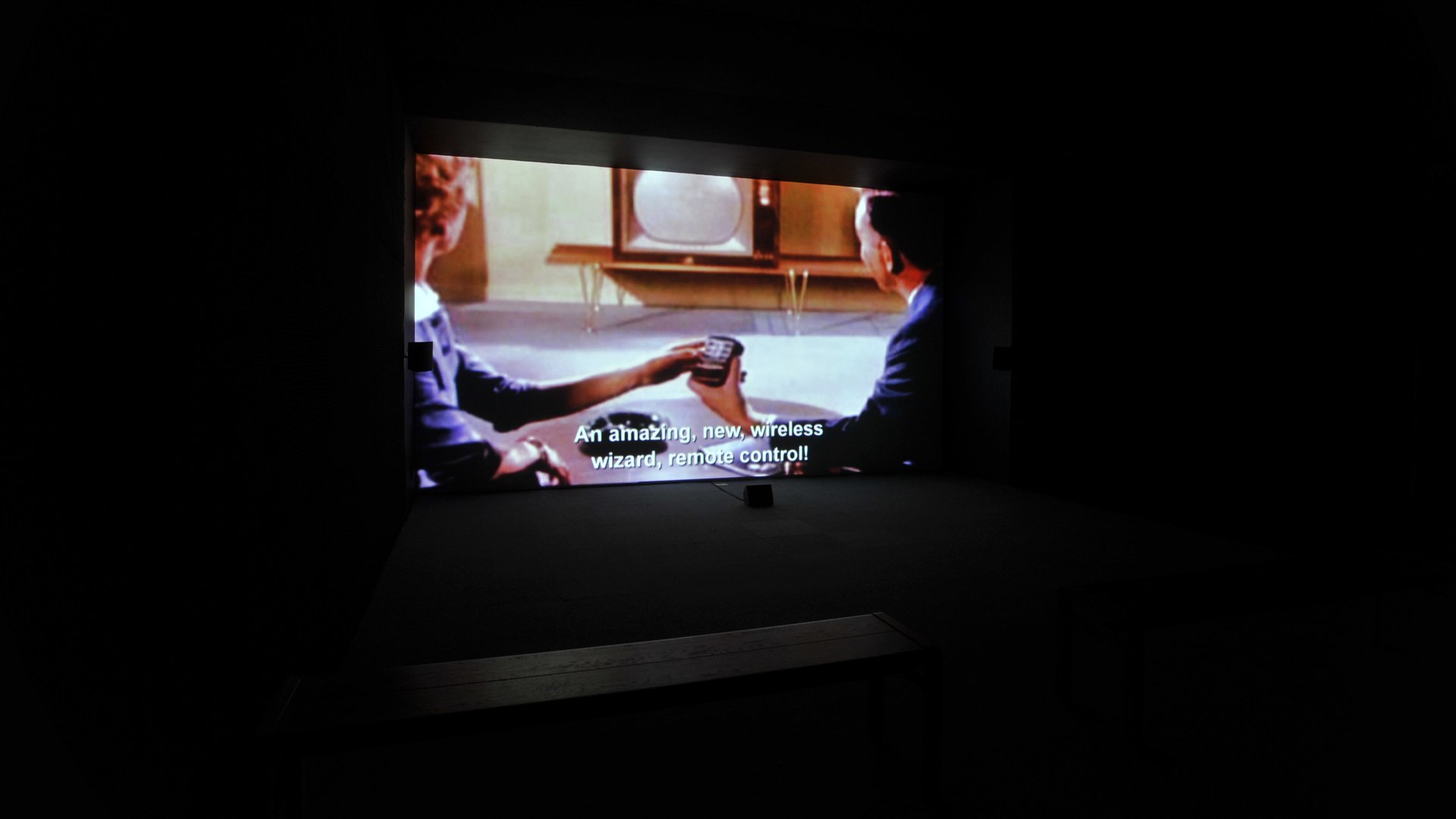 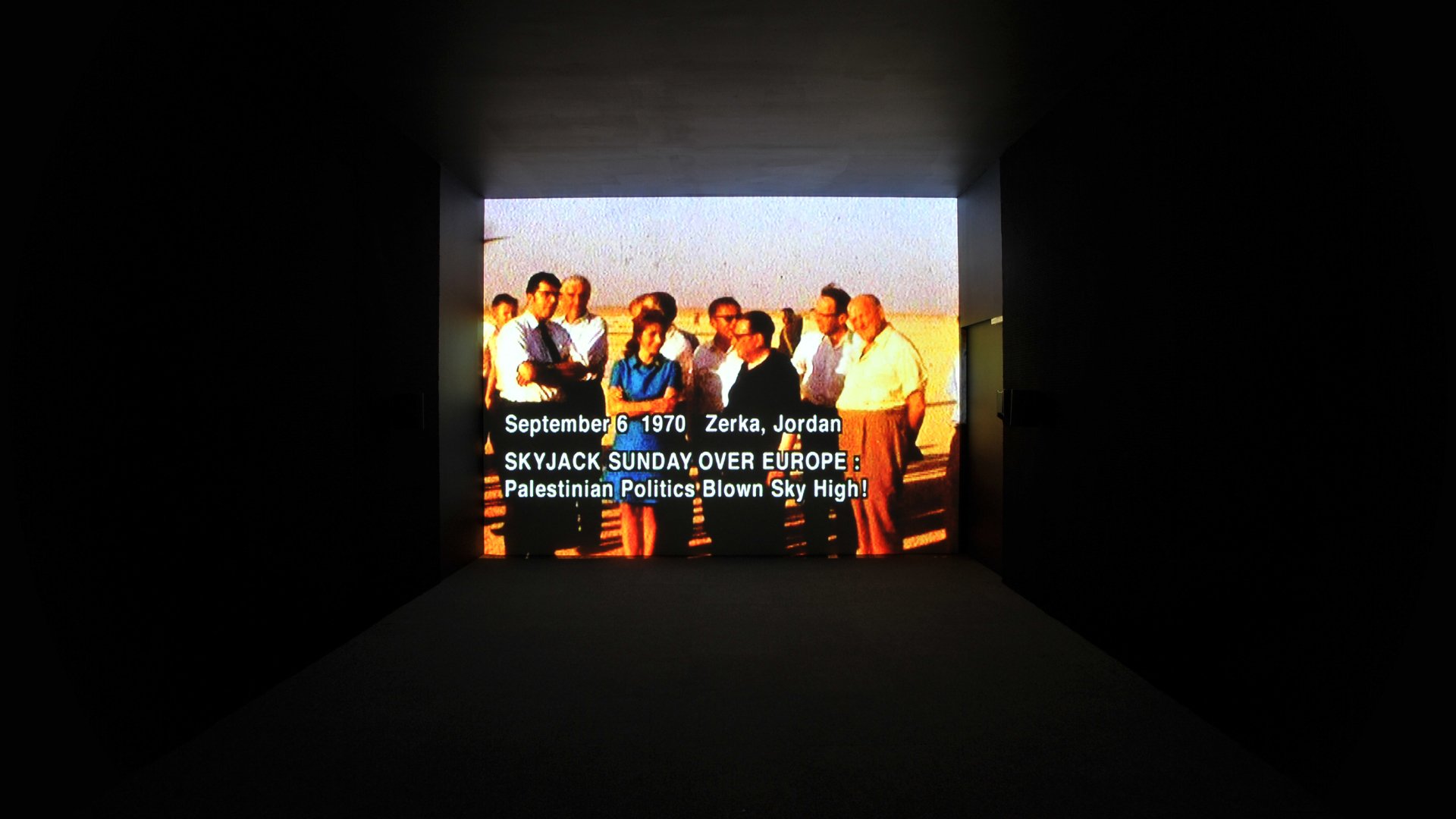 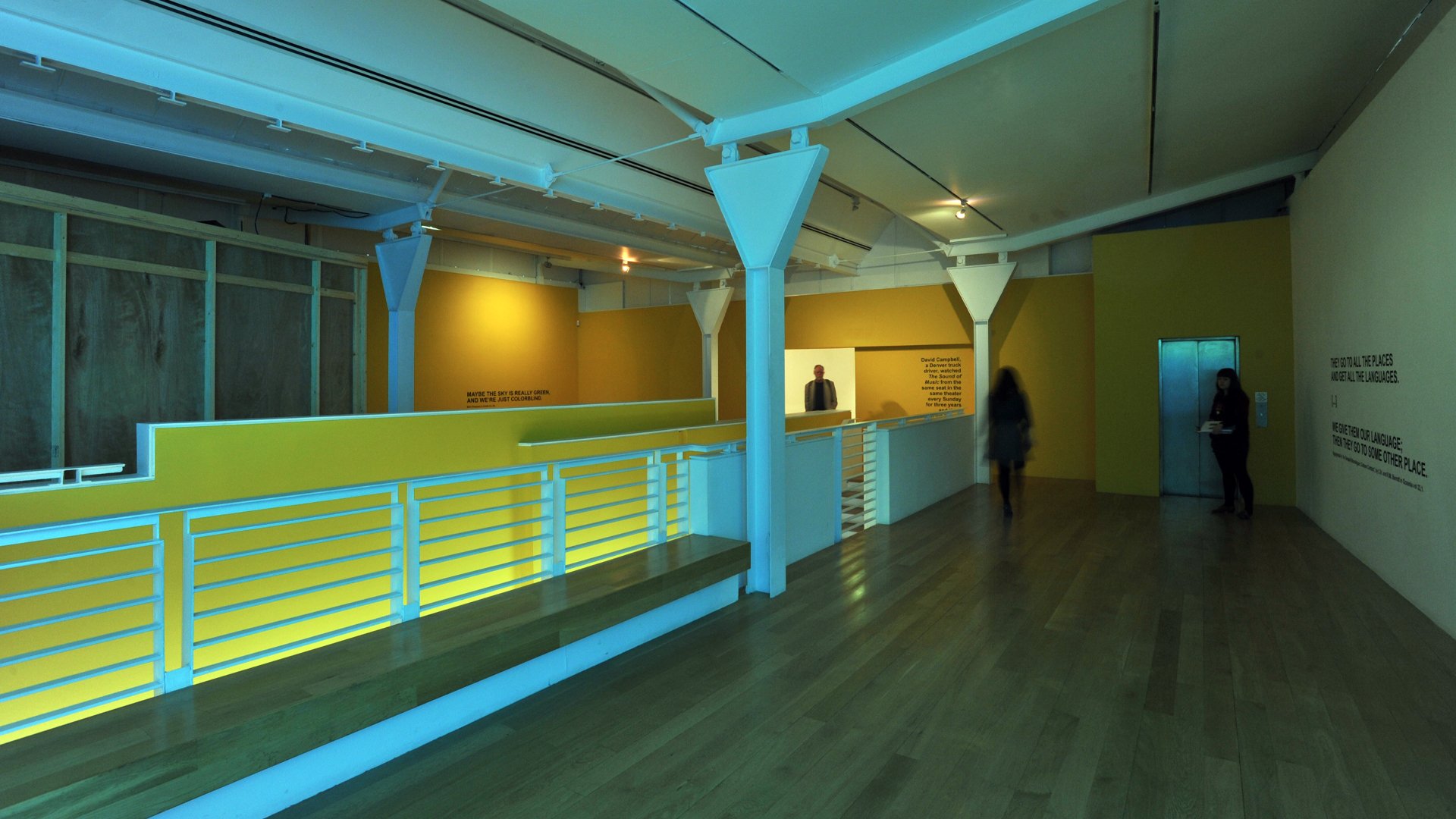 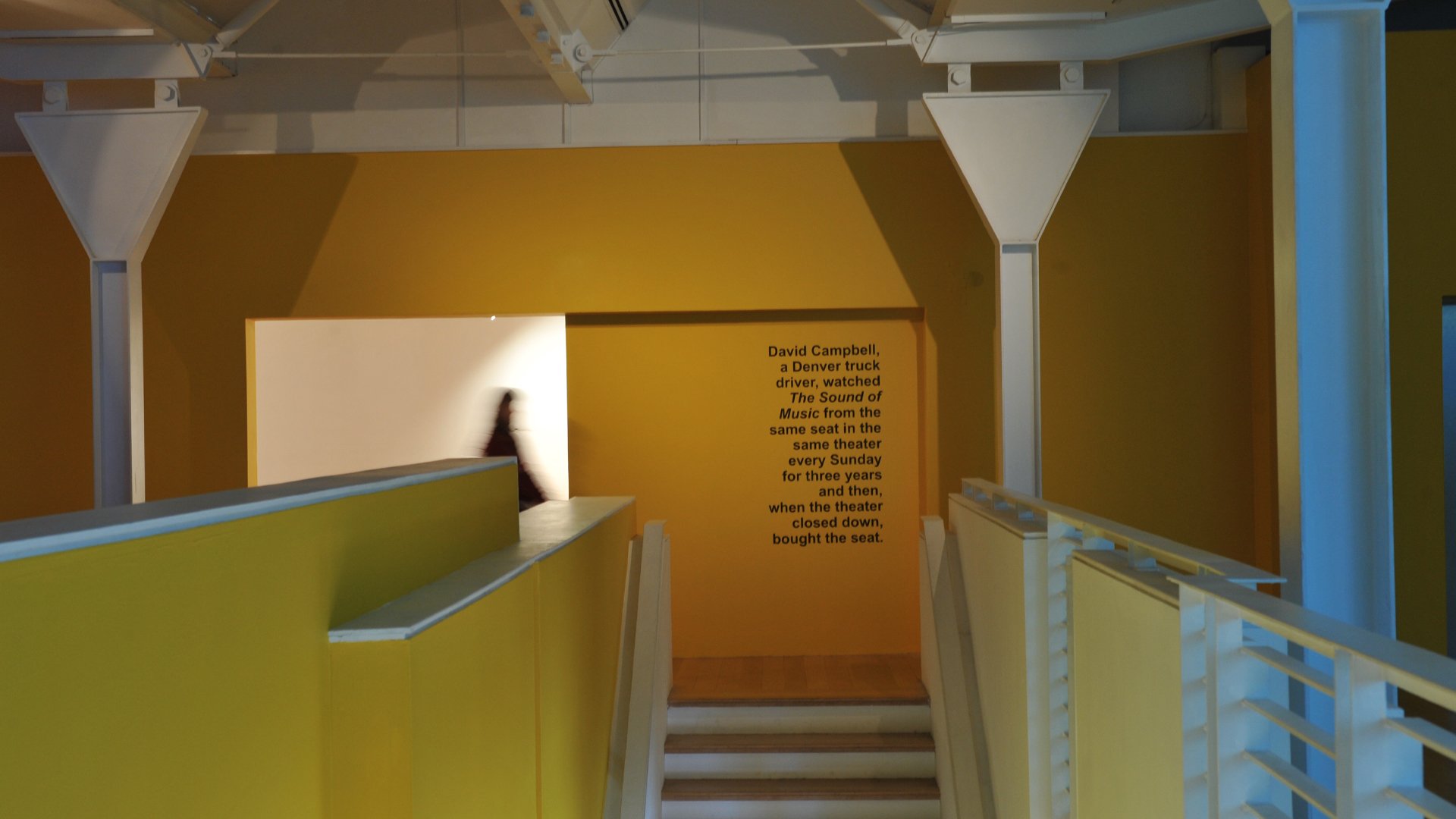 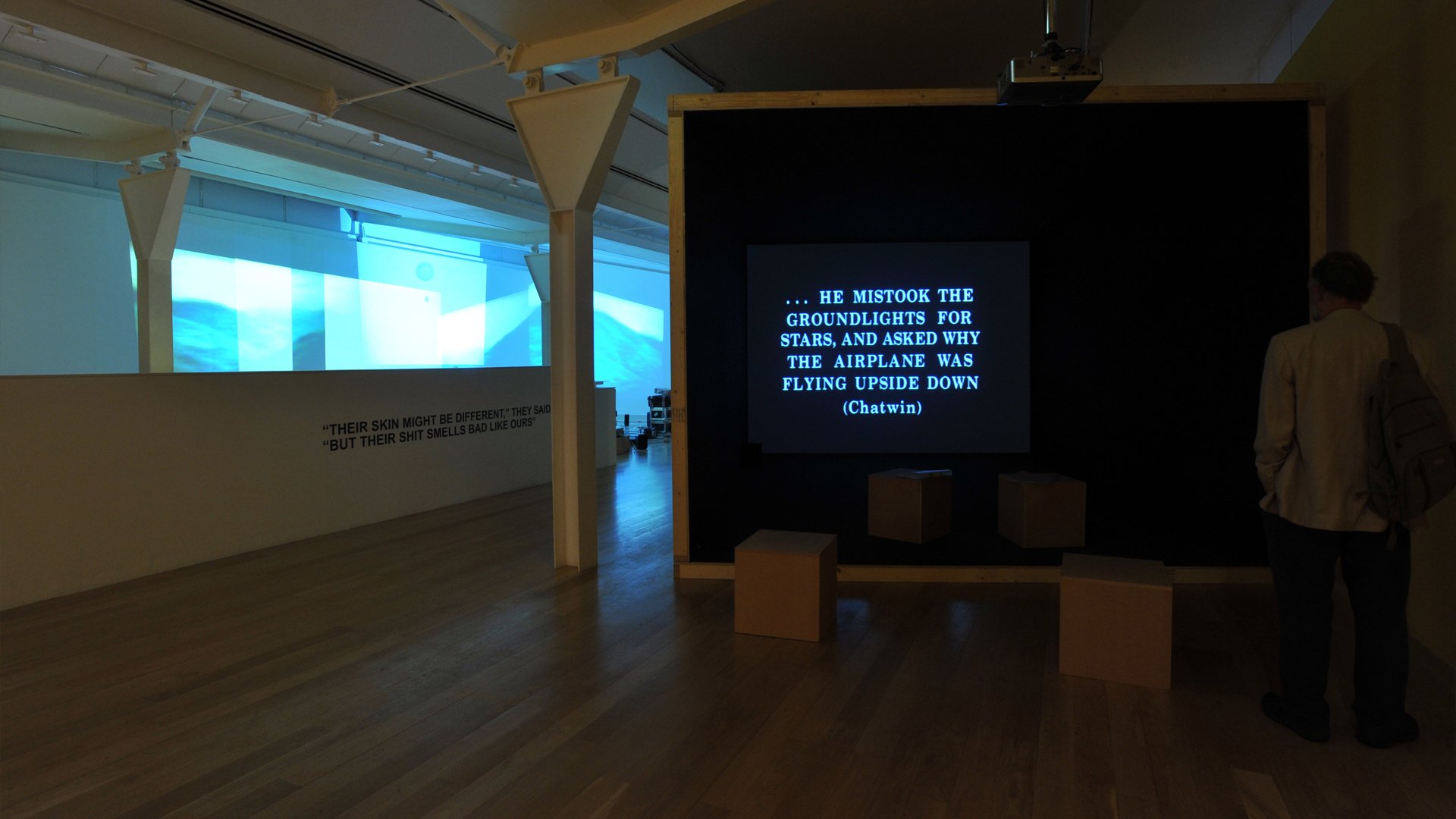 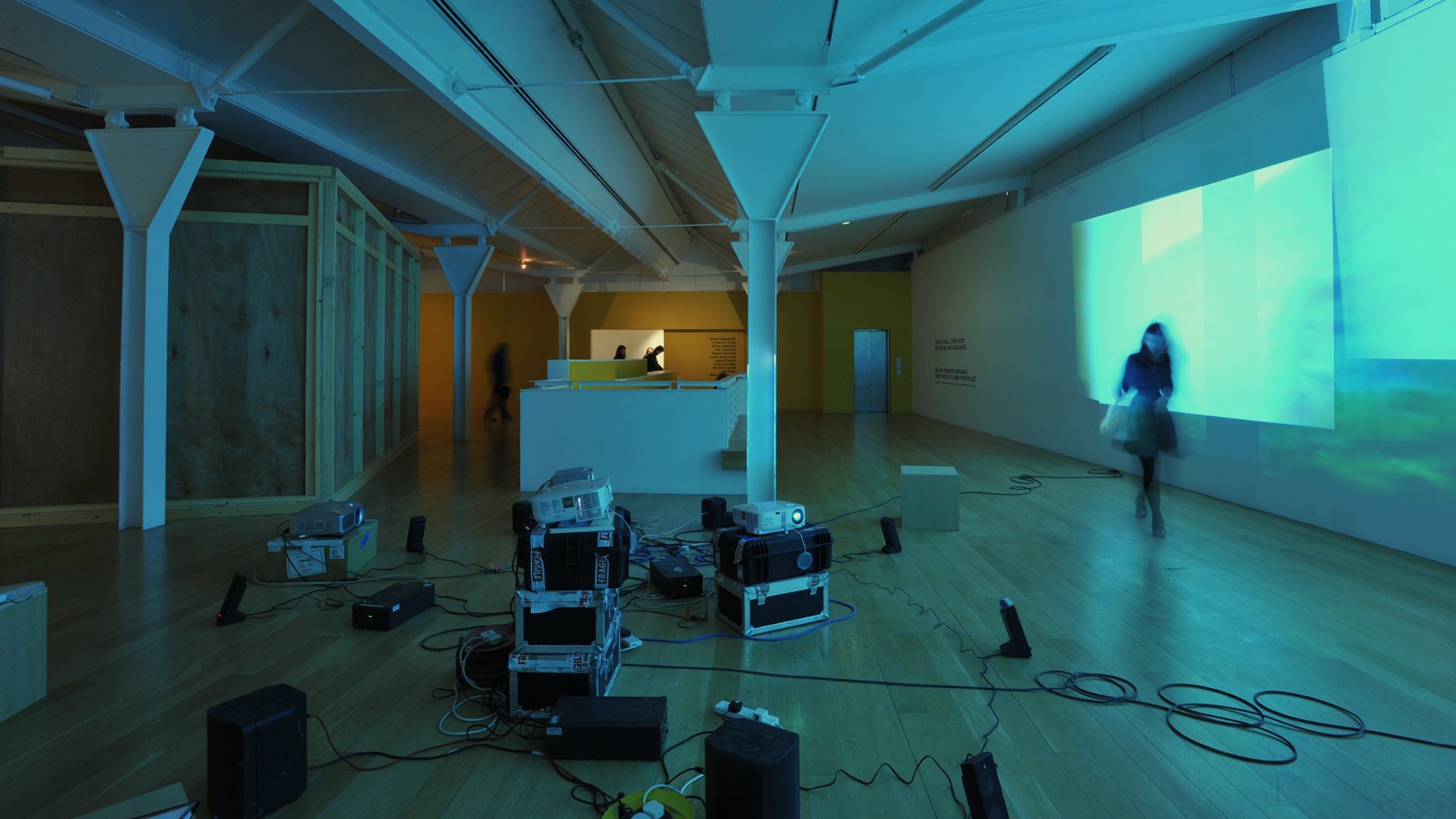 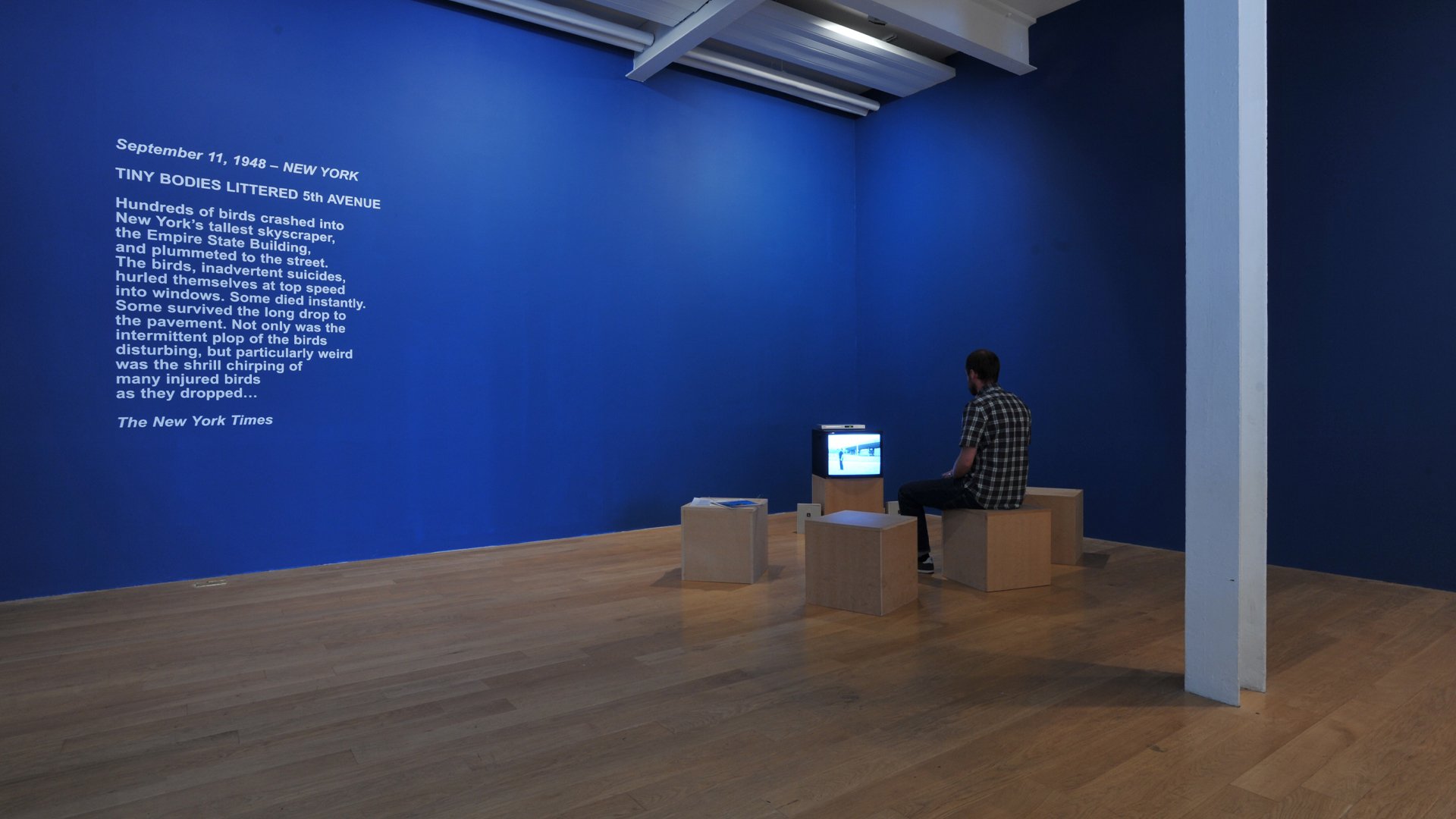 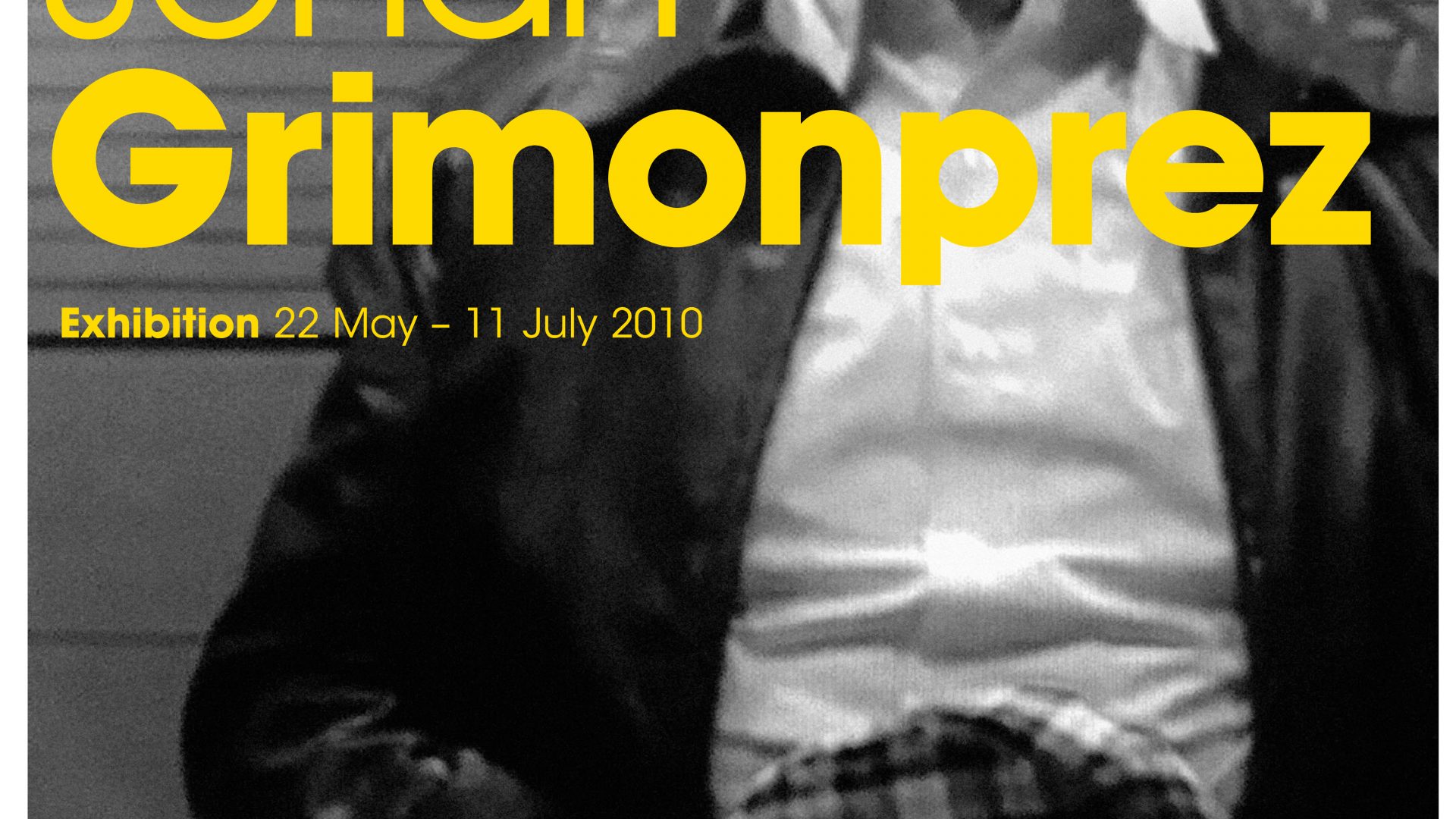 Belgian artist and film-maker Johan Grimonprez (born in 1962) is internationally renowned for his complex film and video montages which combine footage from various sources to explore the troubled relationship the modern, multimedia led world has with its own social, cultural, historical and political identity.

Grimonprez first came to prominence in 1997 when dial H-I-S-T-O-R-Y, a 68-minute long media history of aeroplane hijackings, was shown at Documenta X, Kassel, and took the art world by storm. At the end of 2009, he released Double Take, a feature-length film of odd couples and double-deals that casts Alfred Hitchcock’s work and persona as central to and reflective of a world in flux. The work uses techniques familiar from dial H-I-S-T-O-R-Y and was similarly well-received.

This exhibition was the first British gallery showing of Double Take, and presented it together with dial H-I-S-T-O-R-Y and two much earlier works which draw on research undertaken in a province of Papua New Guinea during the artist’s postgraduate studies in cultural anthropology. These early films, with their emphasis on one culture’s attempts to reconcile its sense of itself with that of another, provided a telling context for the later works.

All the works in the exhibition were informed by Grimonprez’s insistent, persistent and political enquiry into the power of the moving image. His use of juxtaposition references the television remote control and the ability it gives a viewer to ‘zap’ from one image to the next. As news broadcasts meet advertisements, clips from TV shows and Hollywood films, a new narrative is created in which reality and fiction become blurred, contested ideas. Grimonprez makes familiar images seem novel, at once frightening and humorous, subjective and objective. His work reveals and subverts the role the moving image can play in the construction of our personal and political histories, our fears and aspirations, and the way we look at the world and ourselves.

Exhibition supported by
With Support from of The Flemish Government