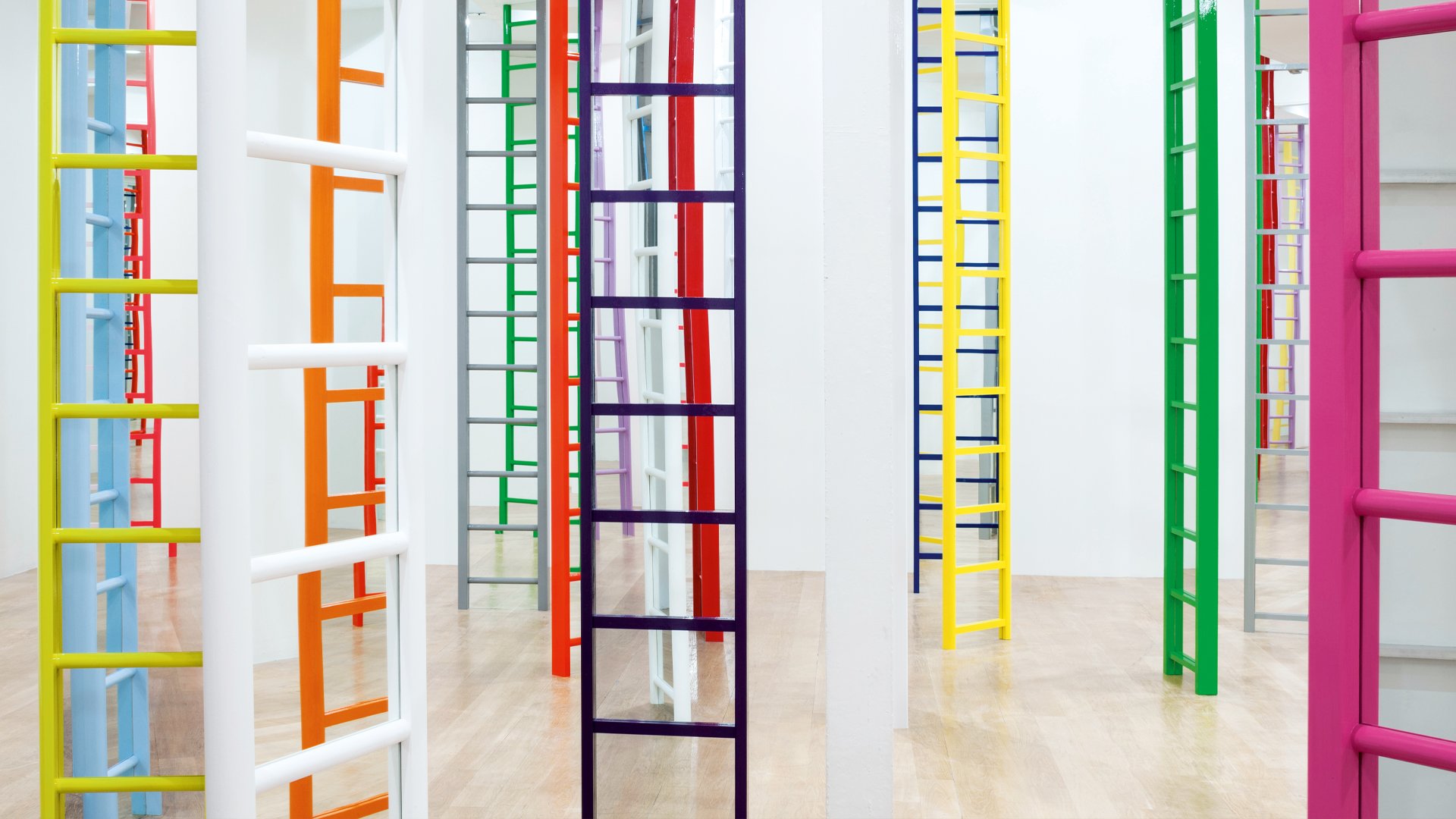 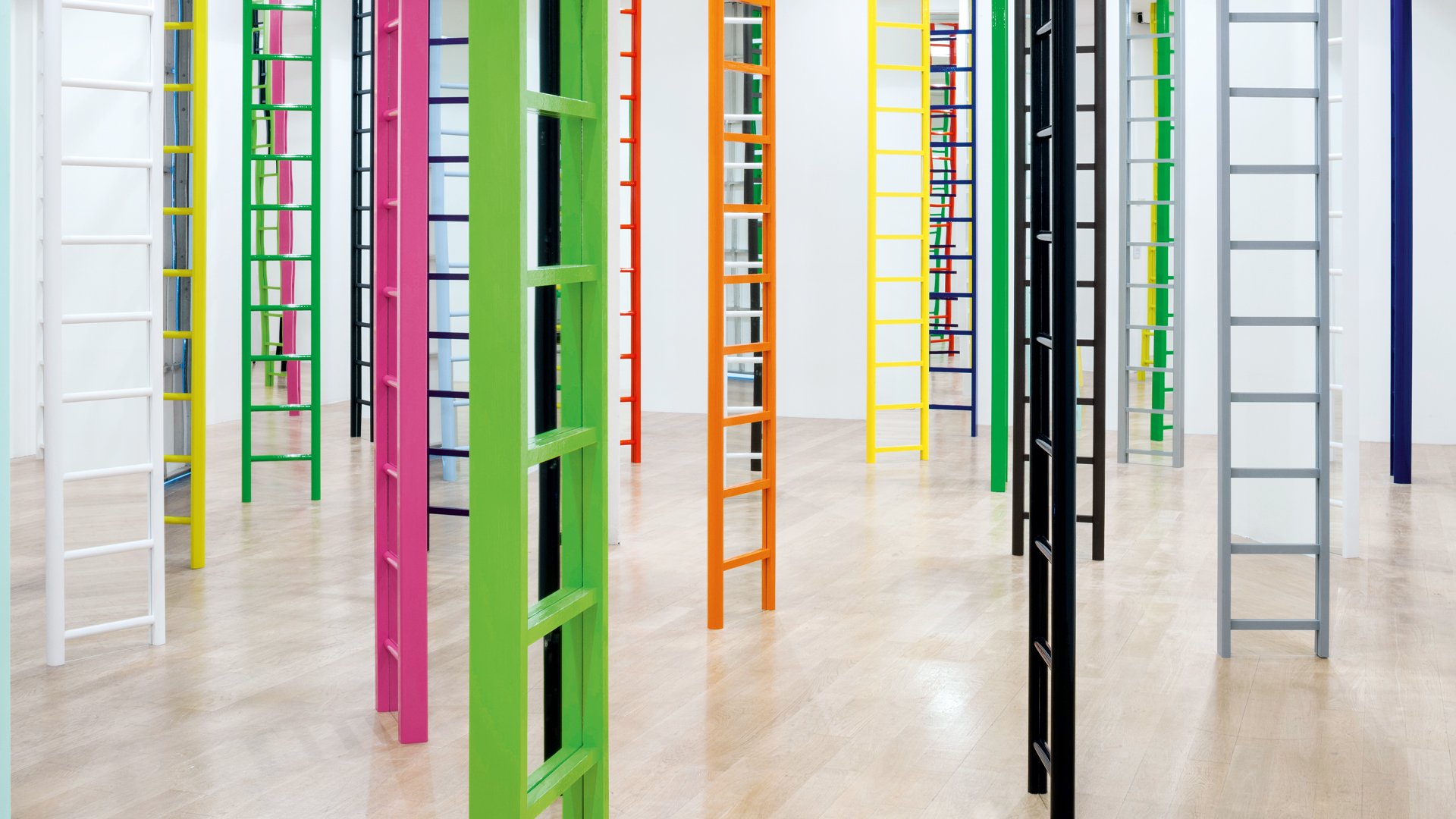 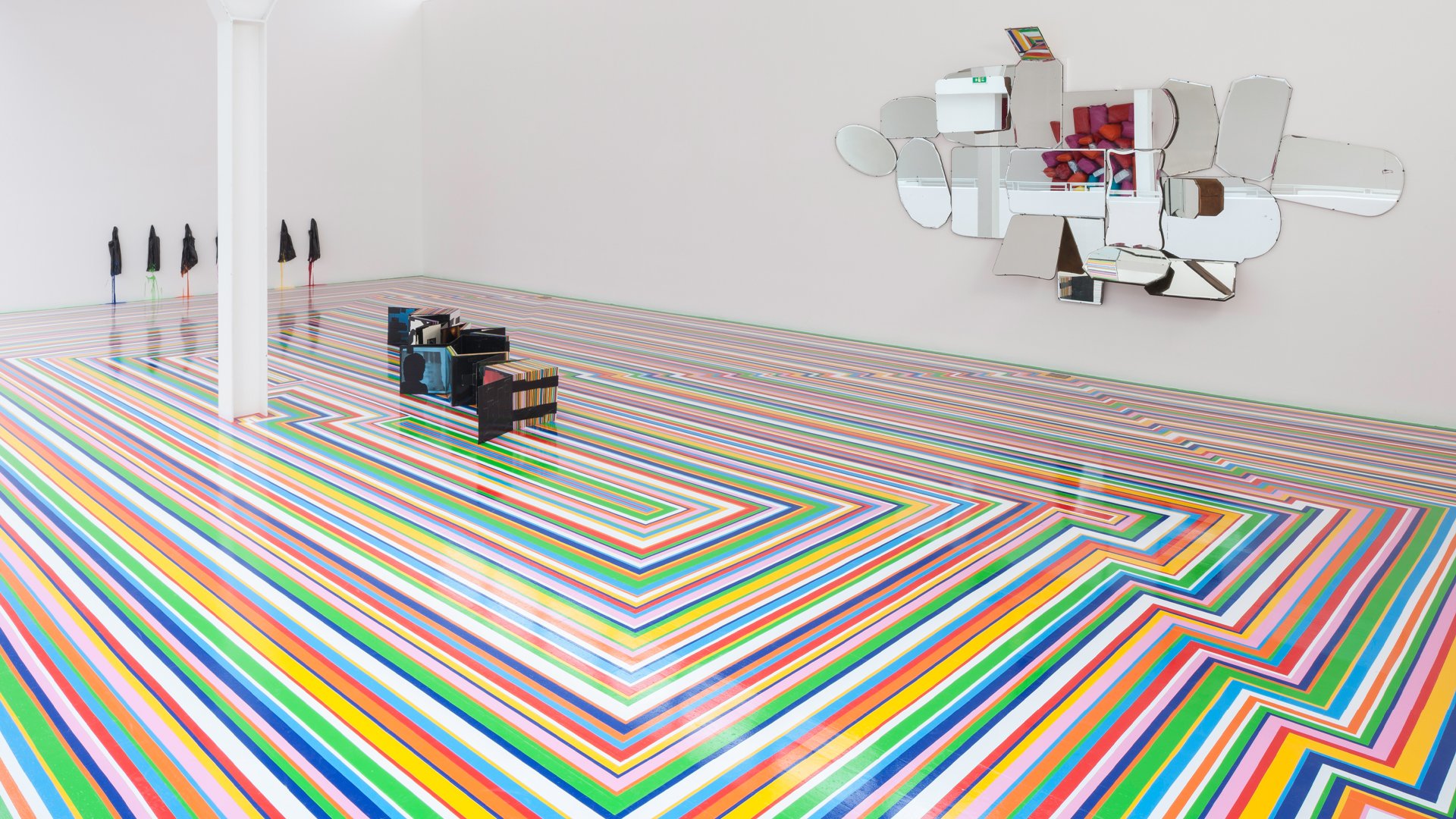 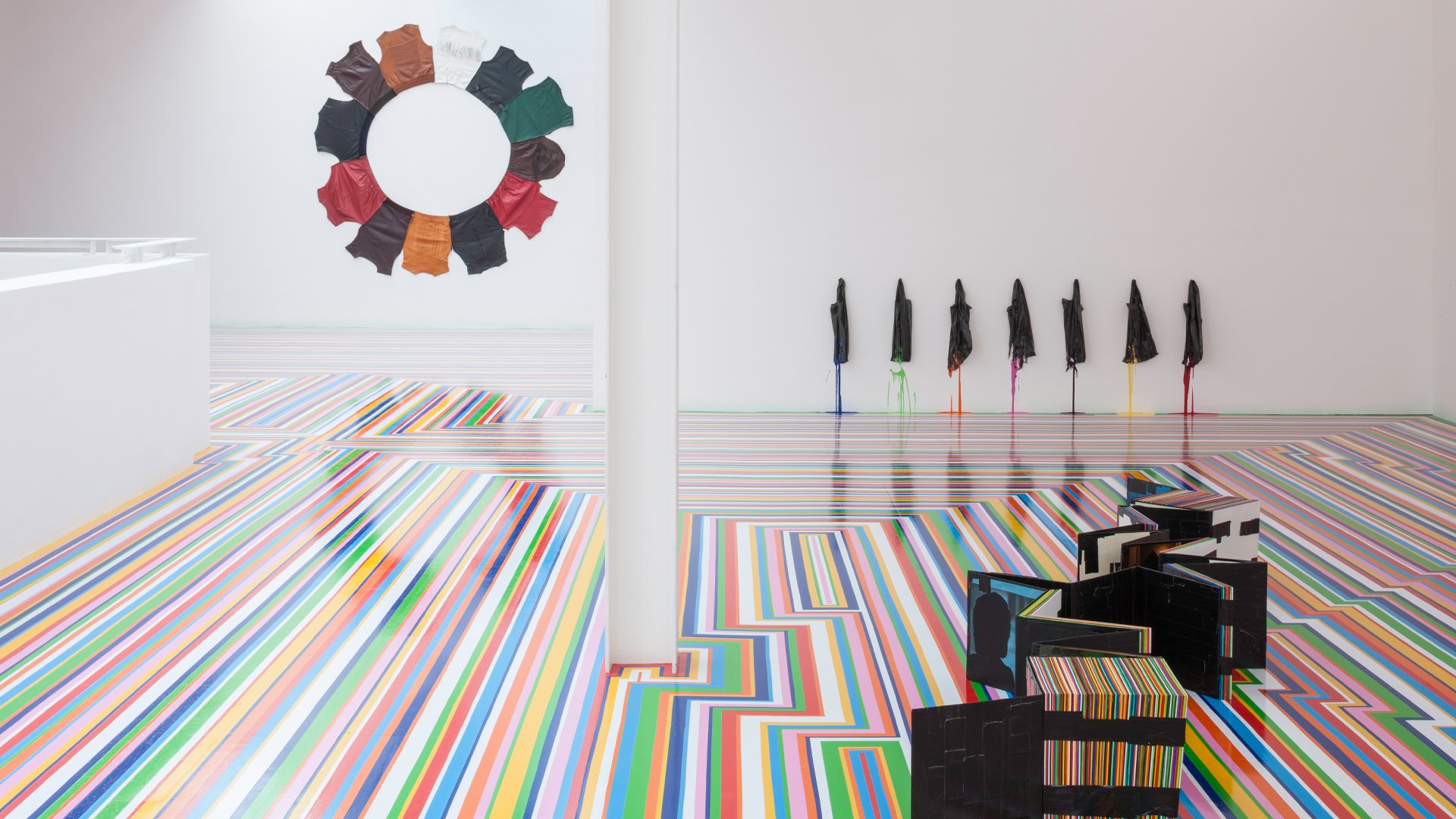 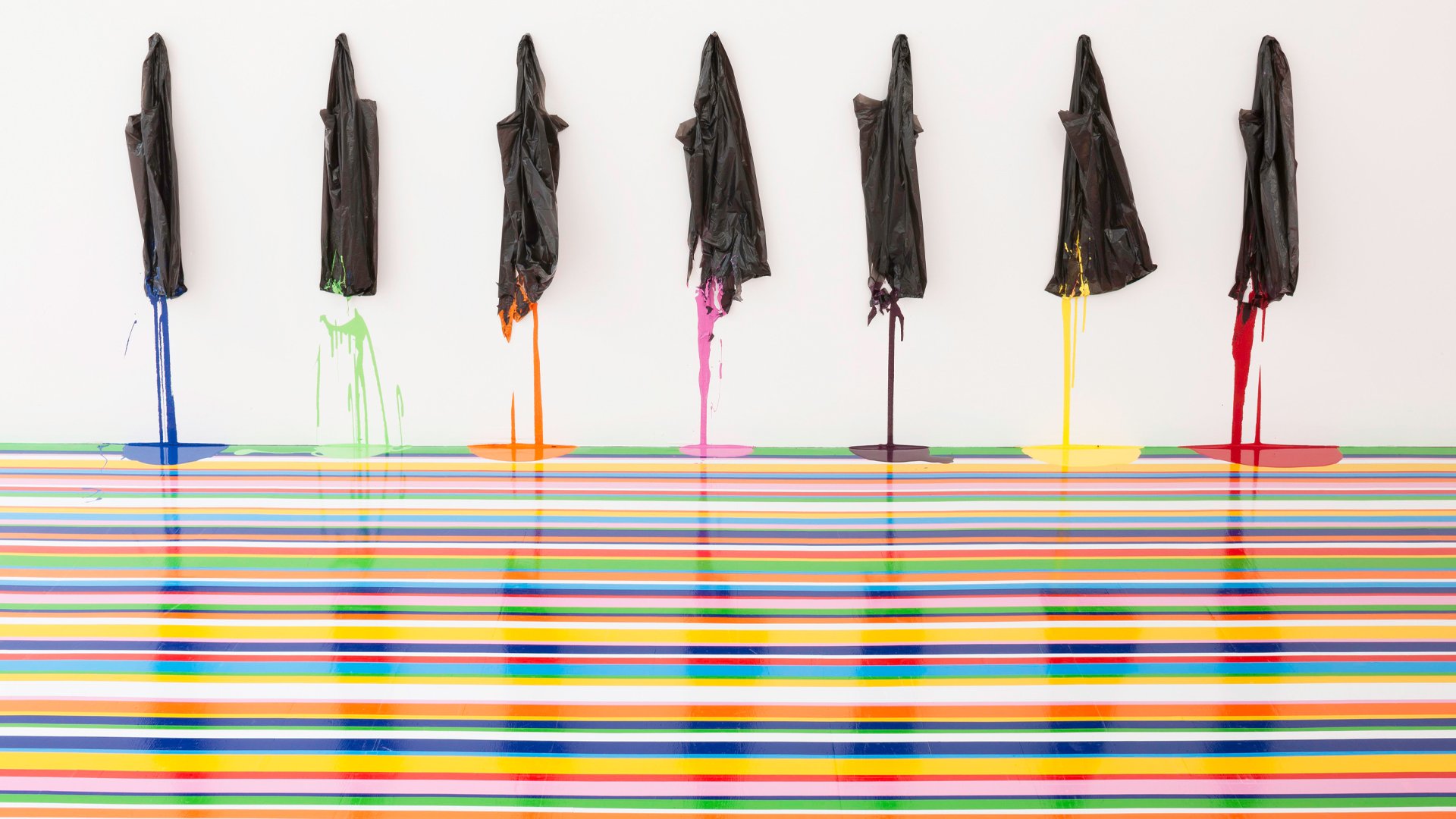 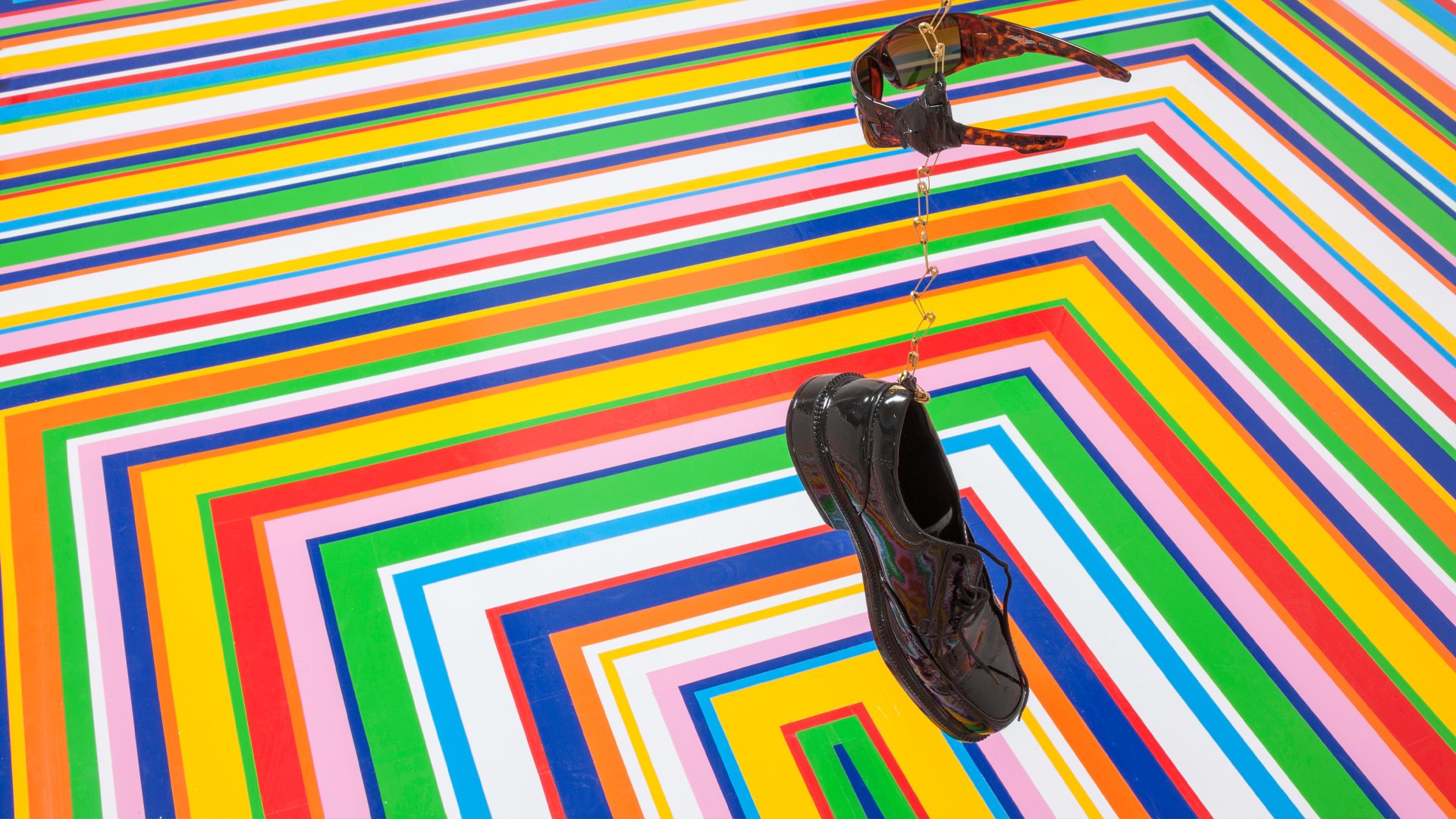 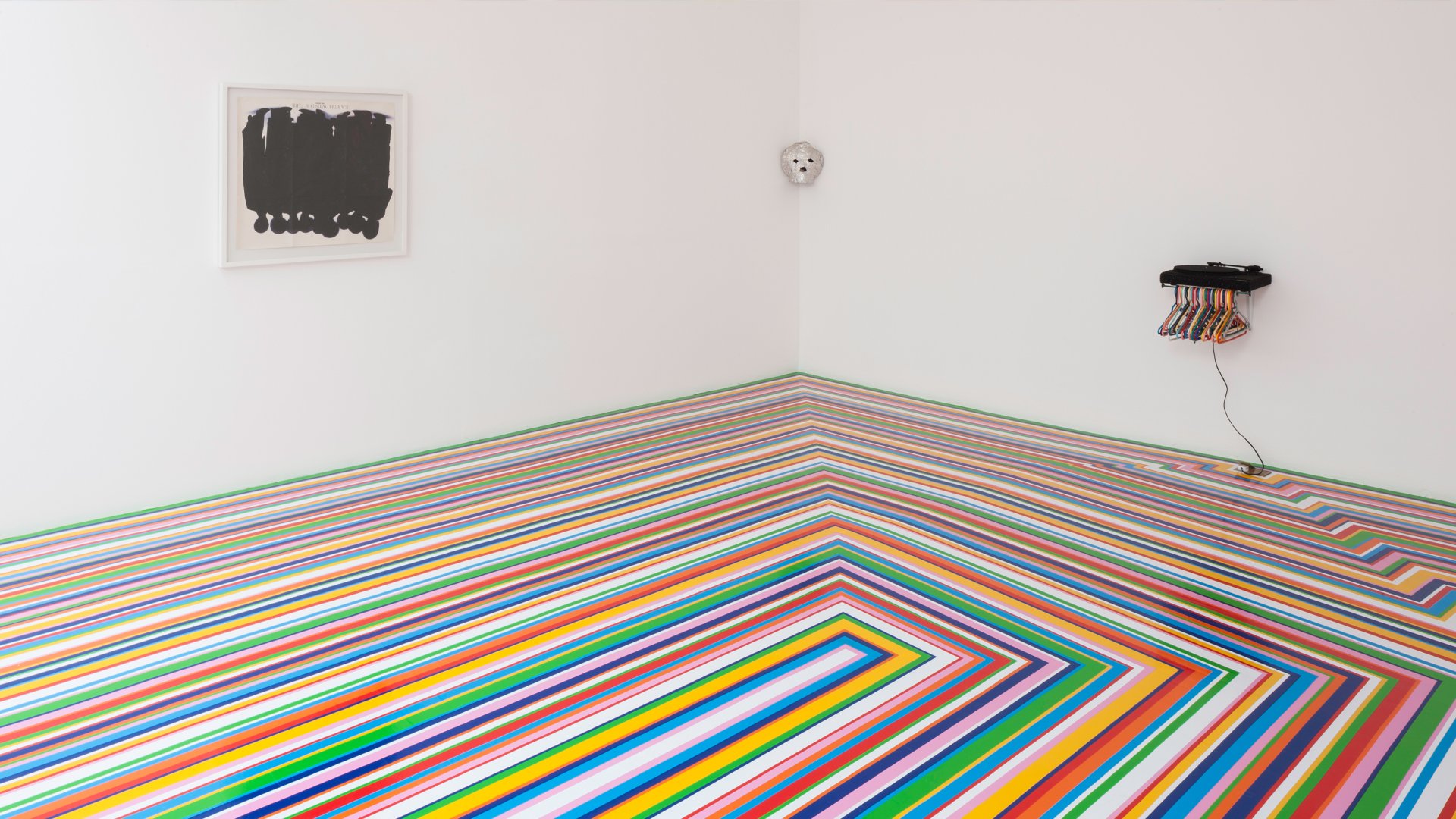 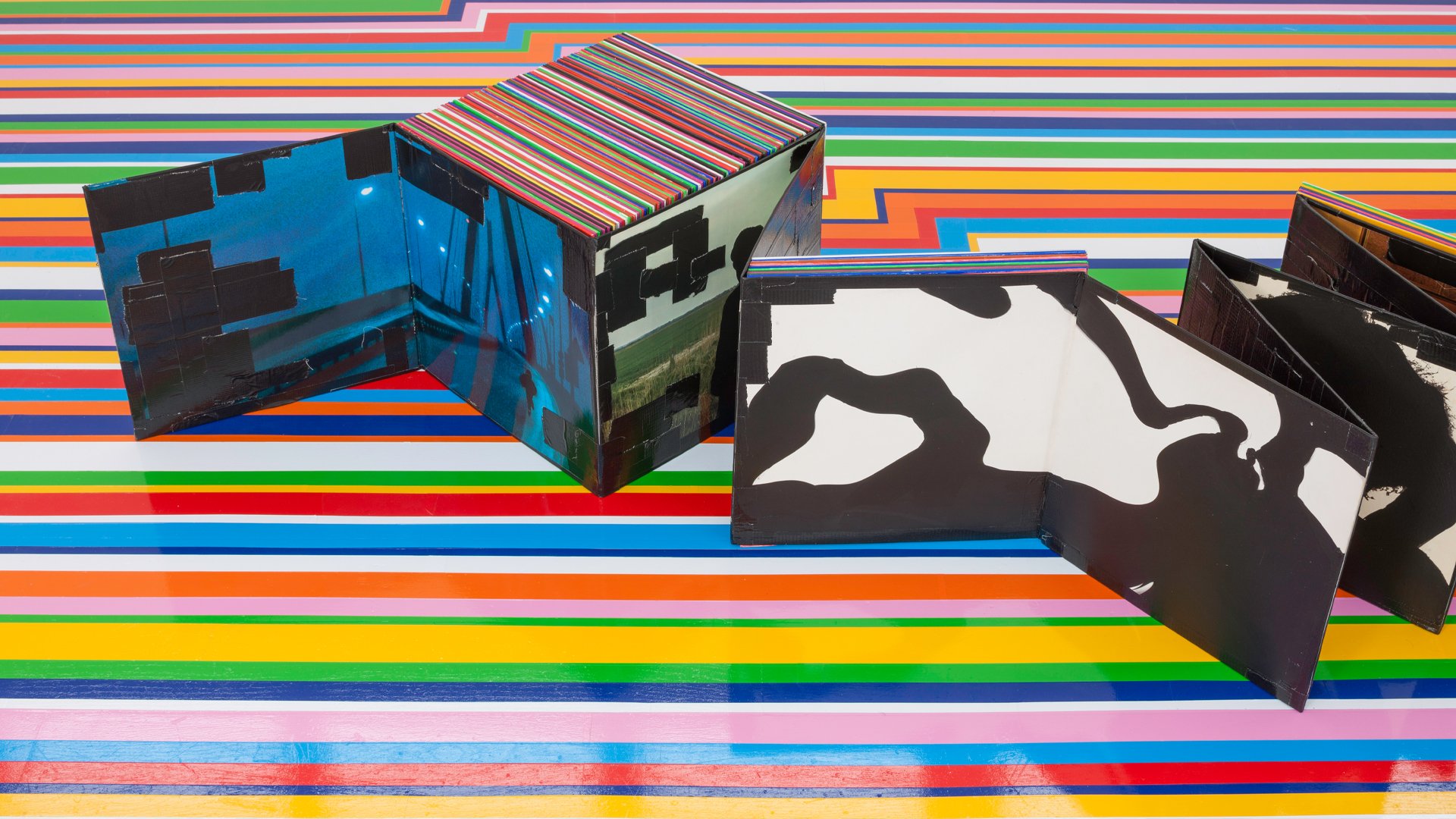 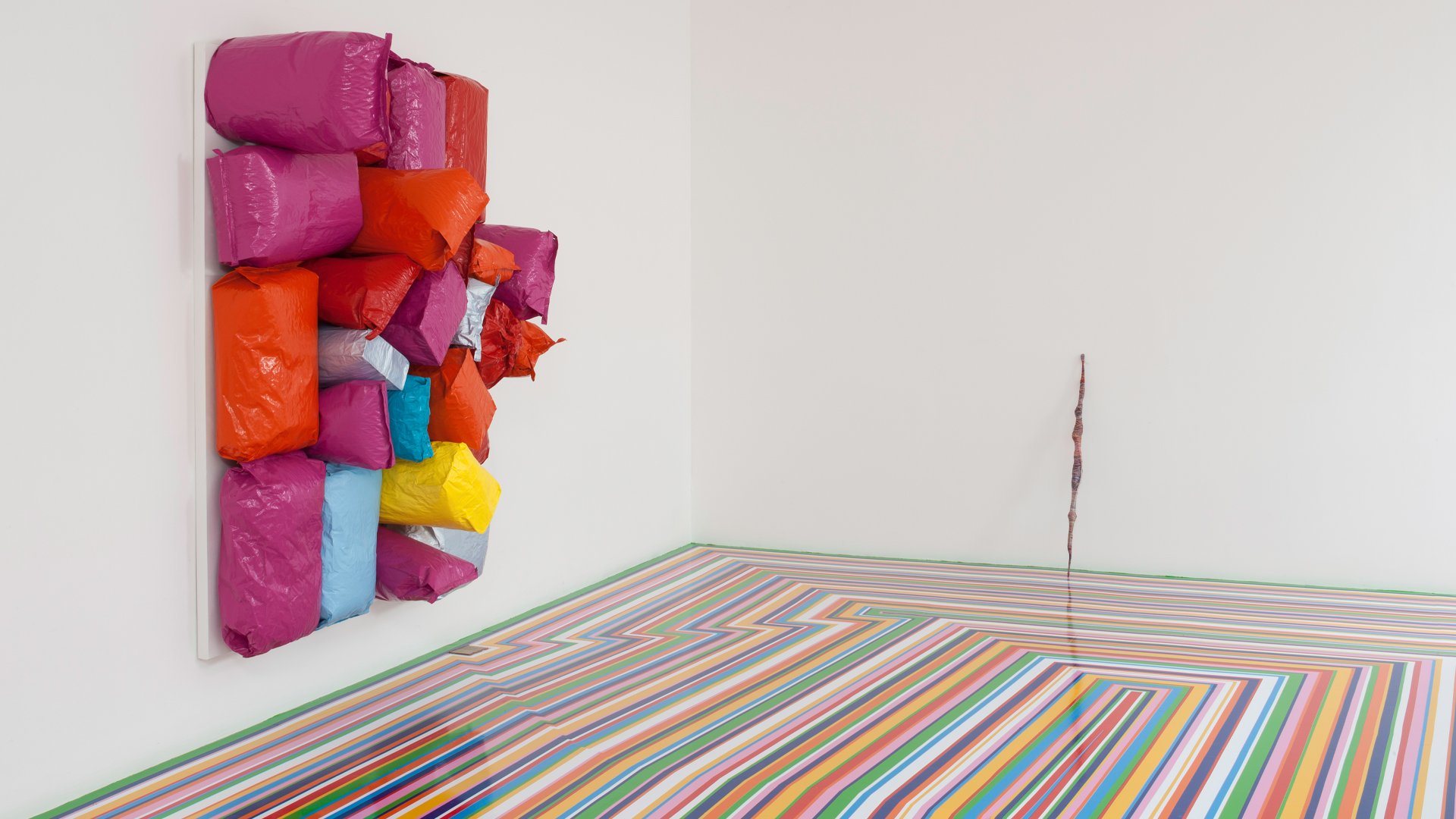 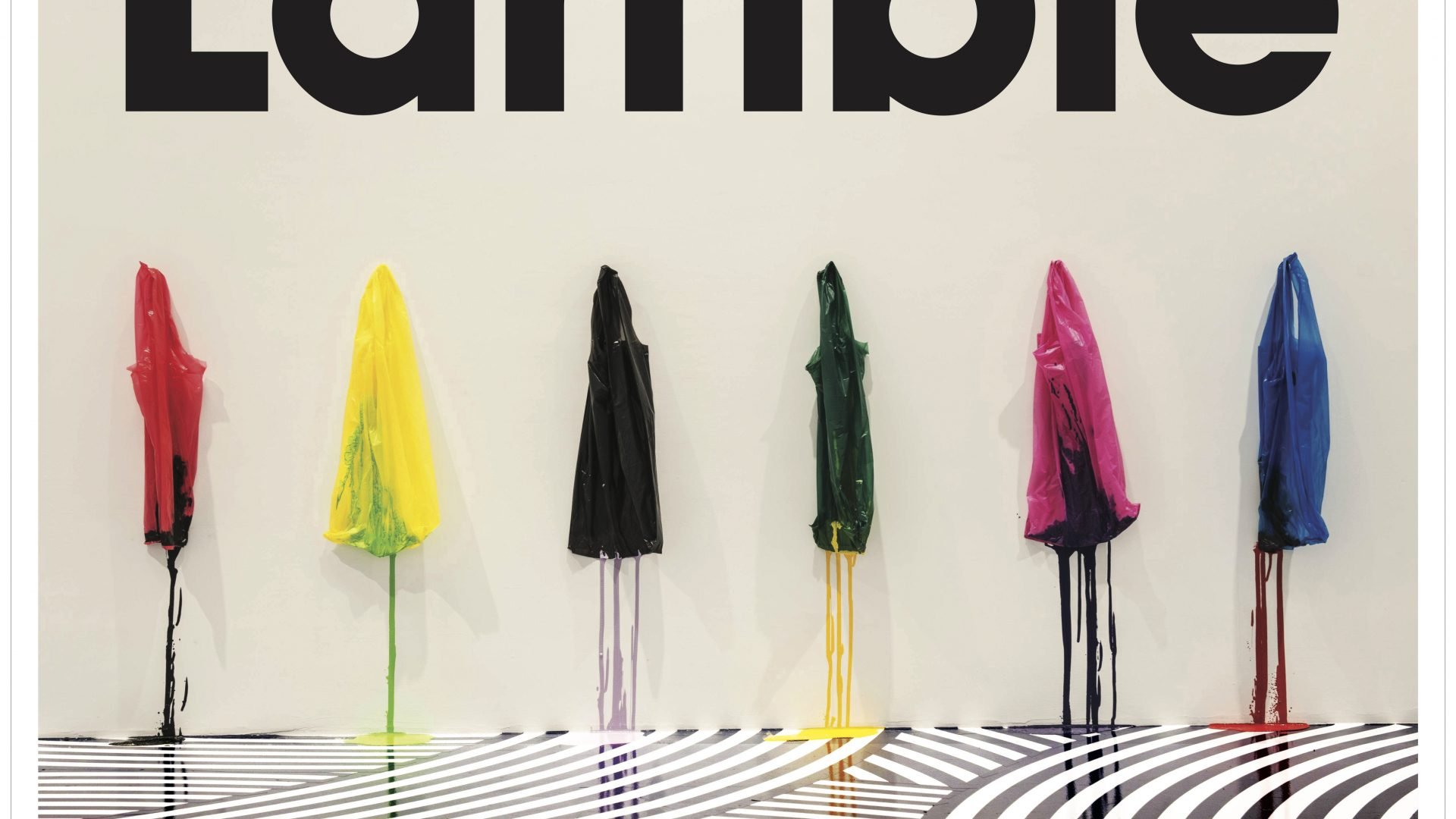 The Fruitmarket Gallery presented a solo exhibition of the work of Jim Lambie, one of Scotland’s most internationally significant artists. Known for visually compelling, generous and beguiling work which attracts both popular and critical acclaim, his work makes its magic from relatively humble materials – tinfoil and coat hangers, jackets, mirrors, records turntables, potato sacks, plastic bags and household paint.

Lambie first came to public prominence in the late 1990s, and this exhibition included some of his earliest sculptures, reassessing them in the light of more recent work. Zobop (1999), the multi-coloured floor piece that is the artist’s best-known work, was joined by earlier works such as The Kid with the Replaceable Head (1996), Roadie (1999) and a new, enlarged version of Shaved Ice (2012/14) that turned the ground floor of the Gallery into a spectacular hall of mirrors.

Bringing together two decades of sculpture, the exhibition offered the opportunity to trace the development of Lambie’s exuberantly intelligent and visually arresting sculptural language. The exhibition was part of Edinburgh Art Festival 2014 and GENERATION, a Scotland-wide celebration of the last 25 years of contemporary art.