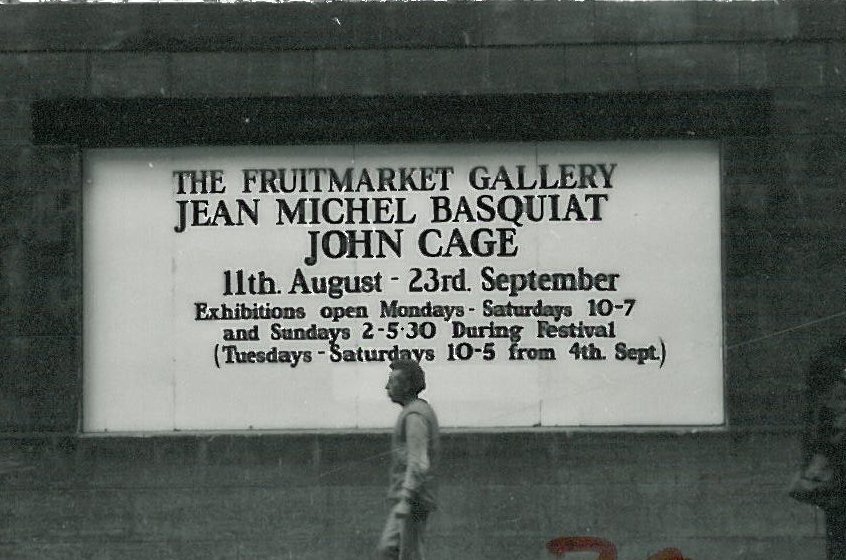 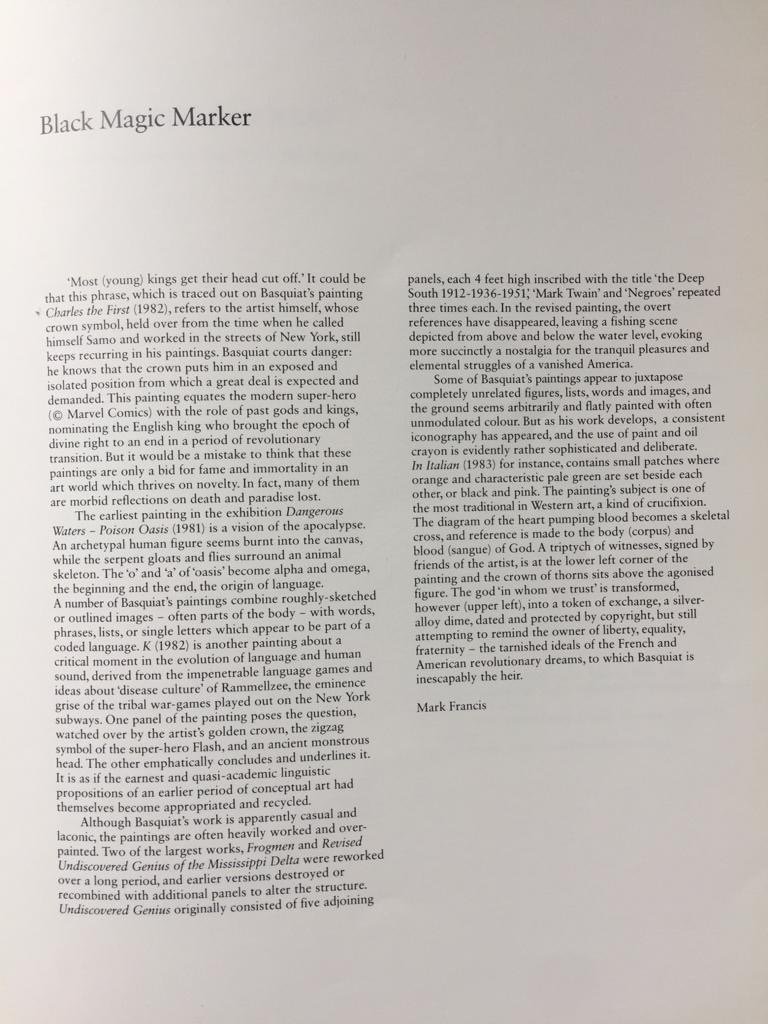 Jean-Michel Basquiat: Paintings 1981–1984 (1984) was the first showing of the artist’s work in the UK. Under the direction of Mark Francis in the 1980s, the Fruitmarket emerged as one of the leading British institutions displaying American Art. The exhibition toured to the Institute of Contemporary Arts (ICA), London and Museum Boijmans Van Beuningen, Rotterdam, the Netherlands. Until an exhibition at the Barbican in 2017, the only other showing of Basquiat’s work at a UK public art institution was at the Serpentine Gallery in 1996, after the artist’s death.

The UK does not hold any paintings by Basquiat in its public collections, and most of the works that featured in the Fruitmarket’s exhibition now belong to private collectors. The exhibition featured 16 of Basquiat’s paintings, including In Italian (1983), Hollywood Africans (1983), Charles the First (1982), Self Portrait as a Heel (1982), and Leonardo da Vinci’s Greatest Hits (1982). These large works on canvas were rendered in Basquiat’s distinct expressive style, featuring recurring images of crowns, heroic and skeletal figures, interspersed with text; motifs common throughout the artist’s work. The catalogue cover also featured an original work by Basquiat.

Basquiat’s work was shown in the lower gallery, while an exhibition of the prints, drawings, and books of the composer John Cage took place on the upper level; this lent itself to much contrast and comparison of the two artists in press reviews. Poet and Partnerships Curator at the Fruitmarket, Iain Morrison, has responded to these simultaneous exhibitions as part of Fruitmarket’s Writers’ Shift project that took place during the gallery’s closure 2019–2021.