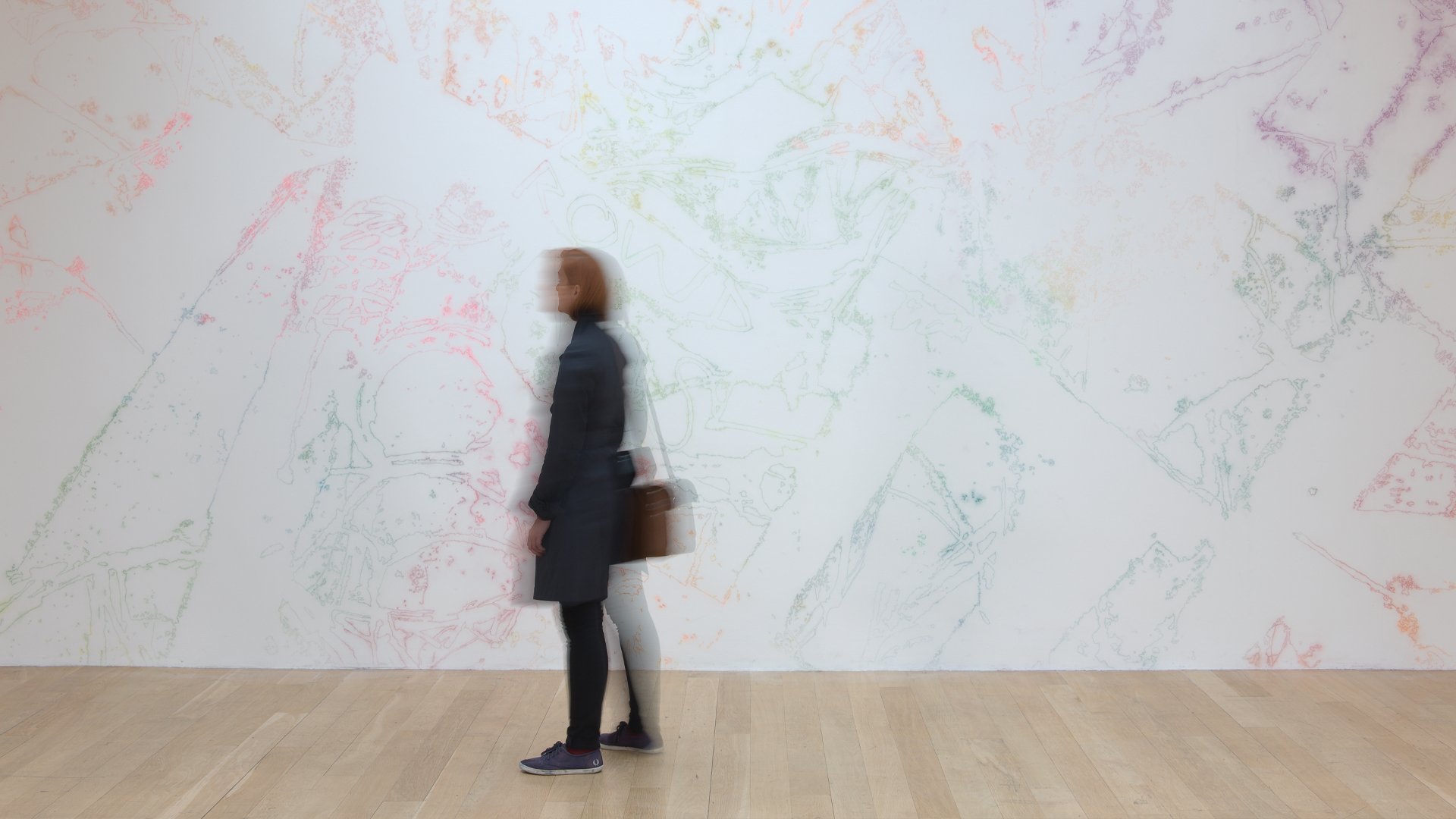 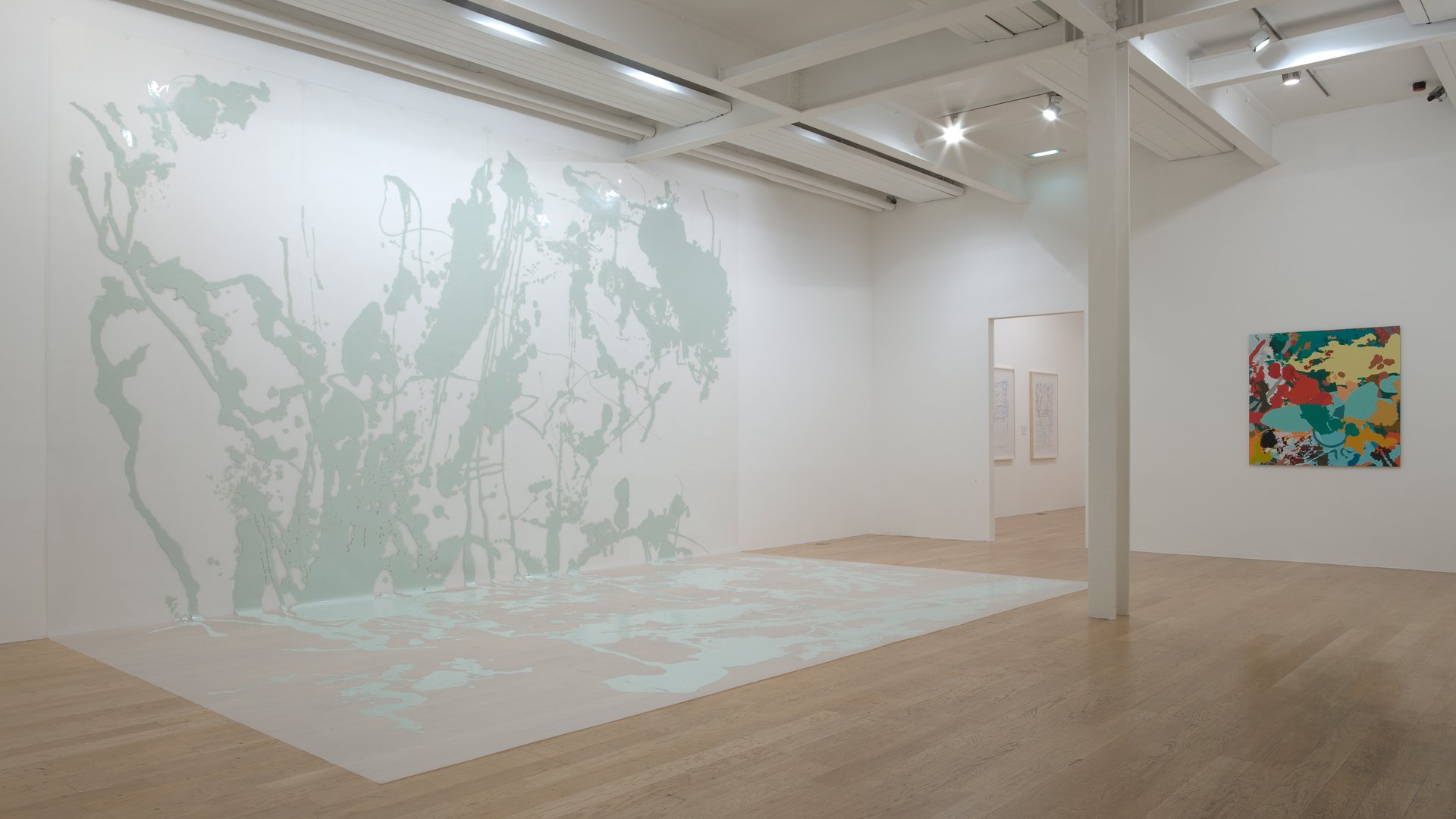 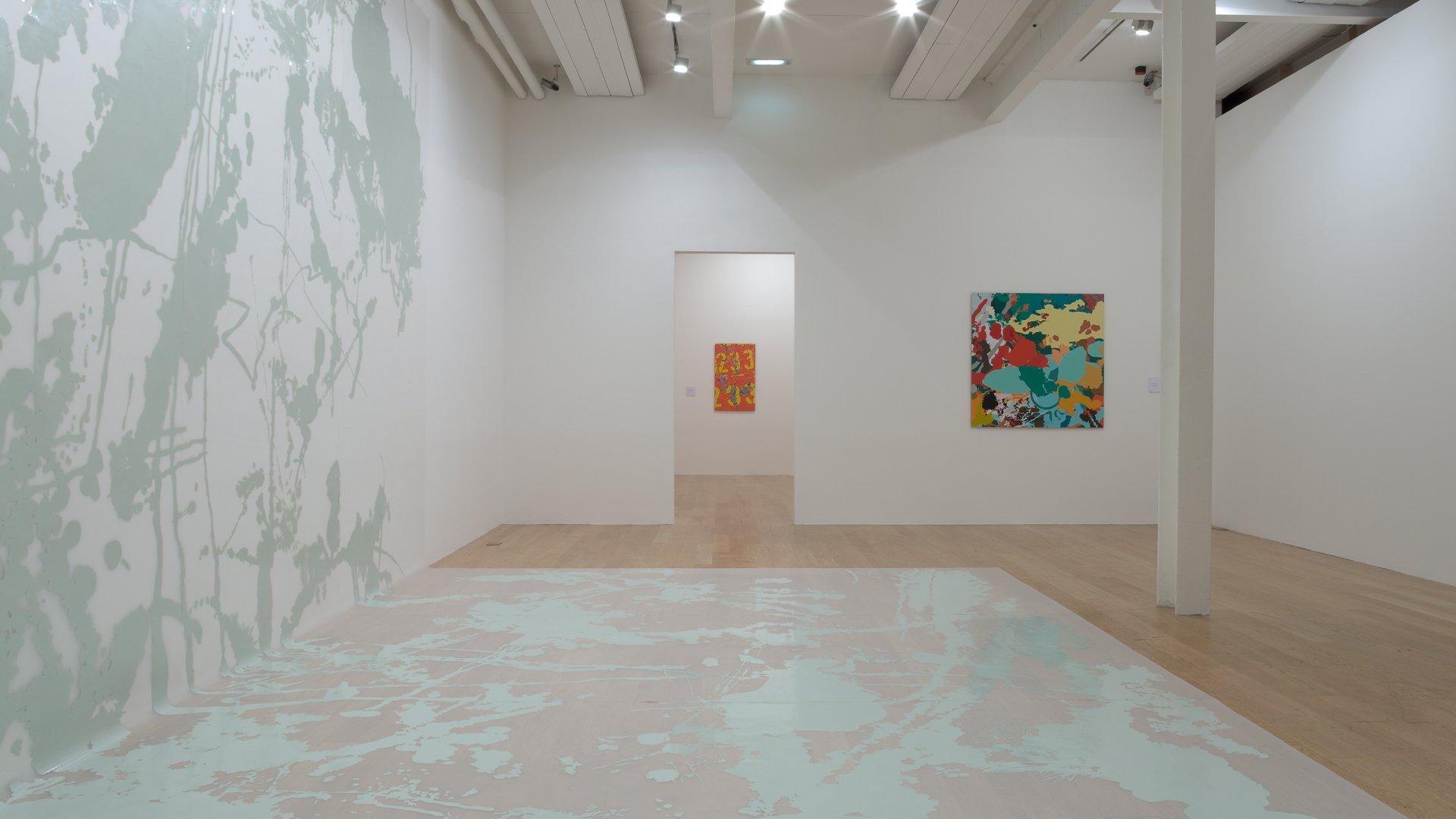 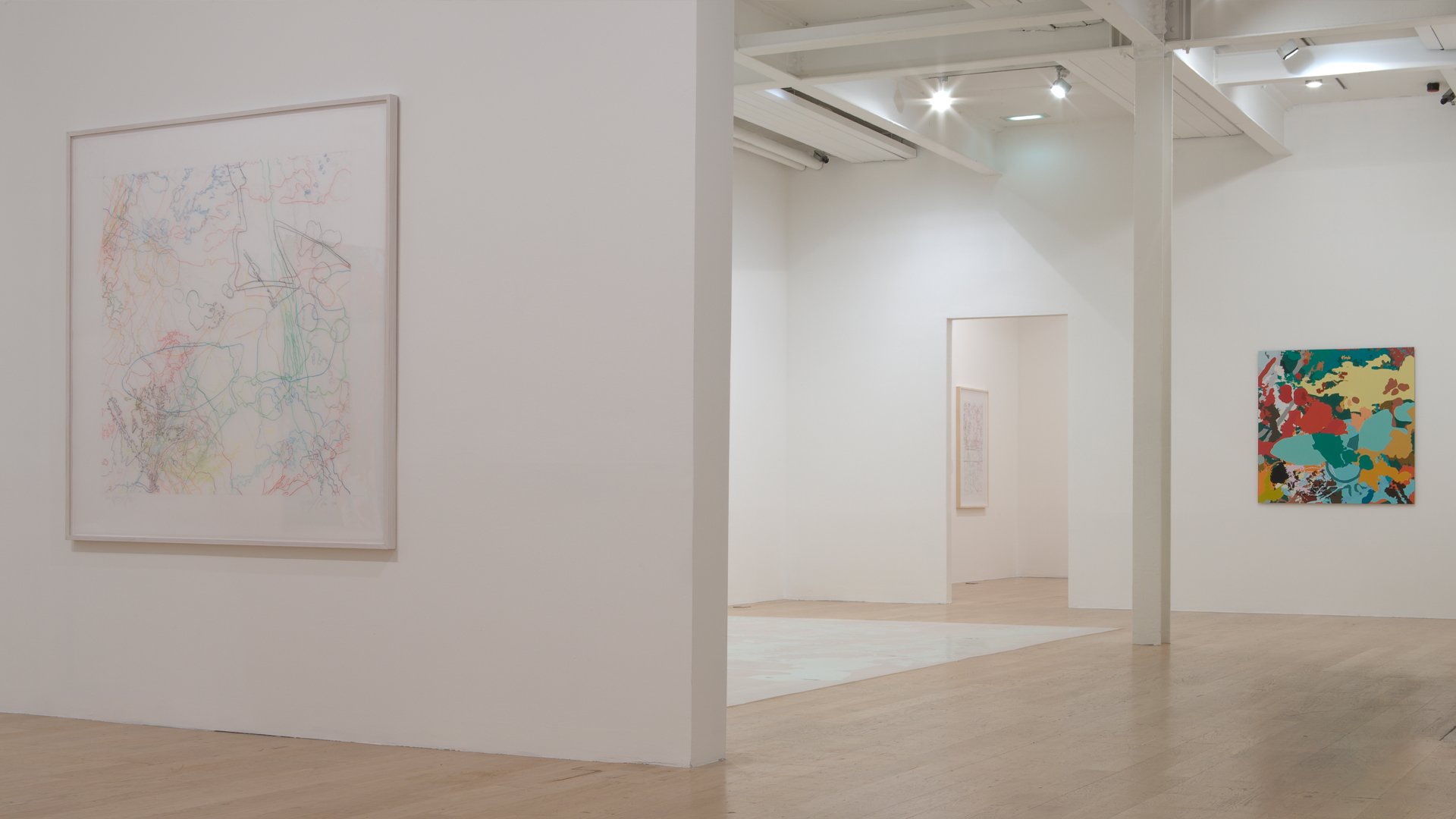 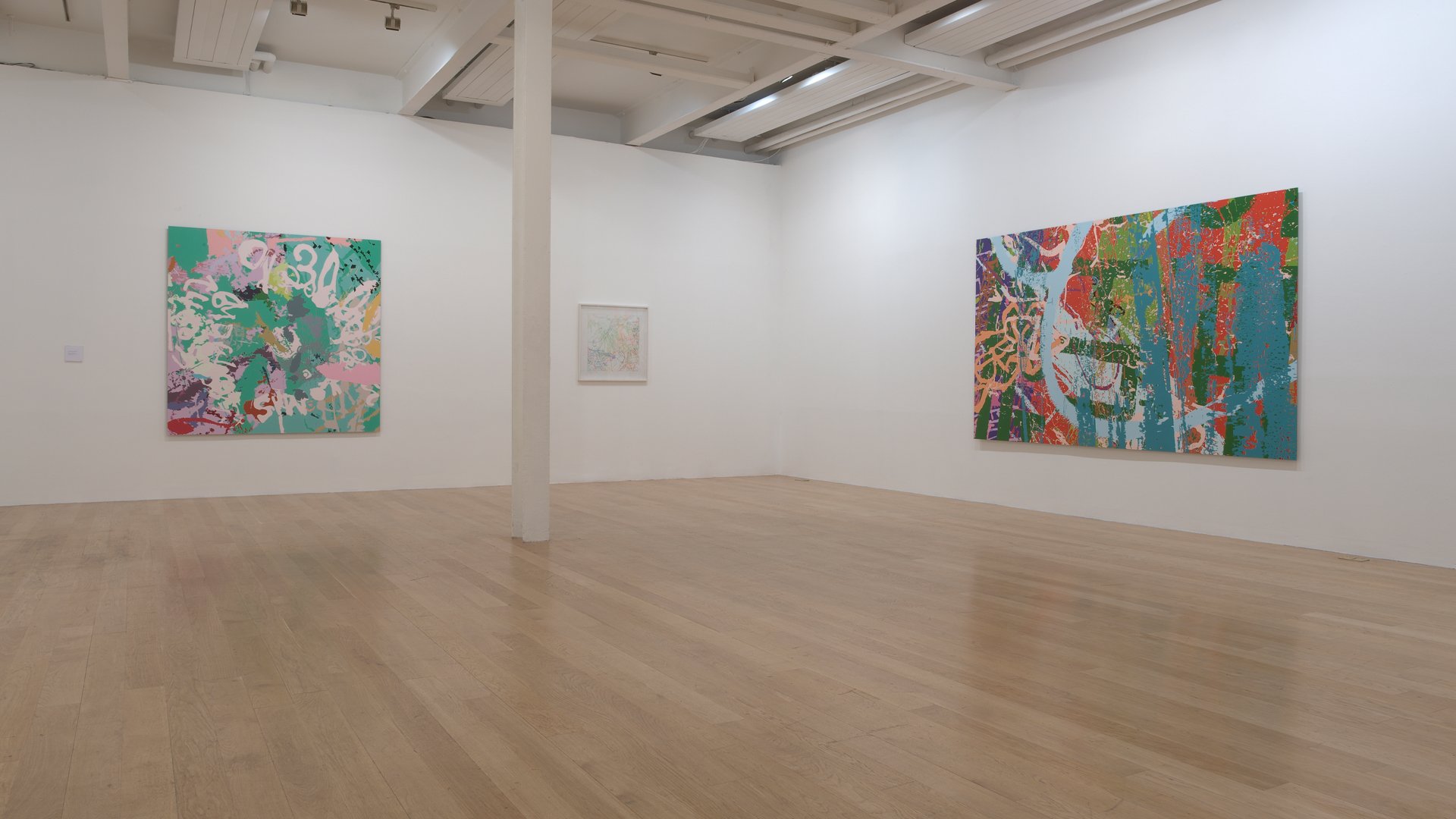 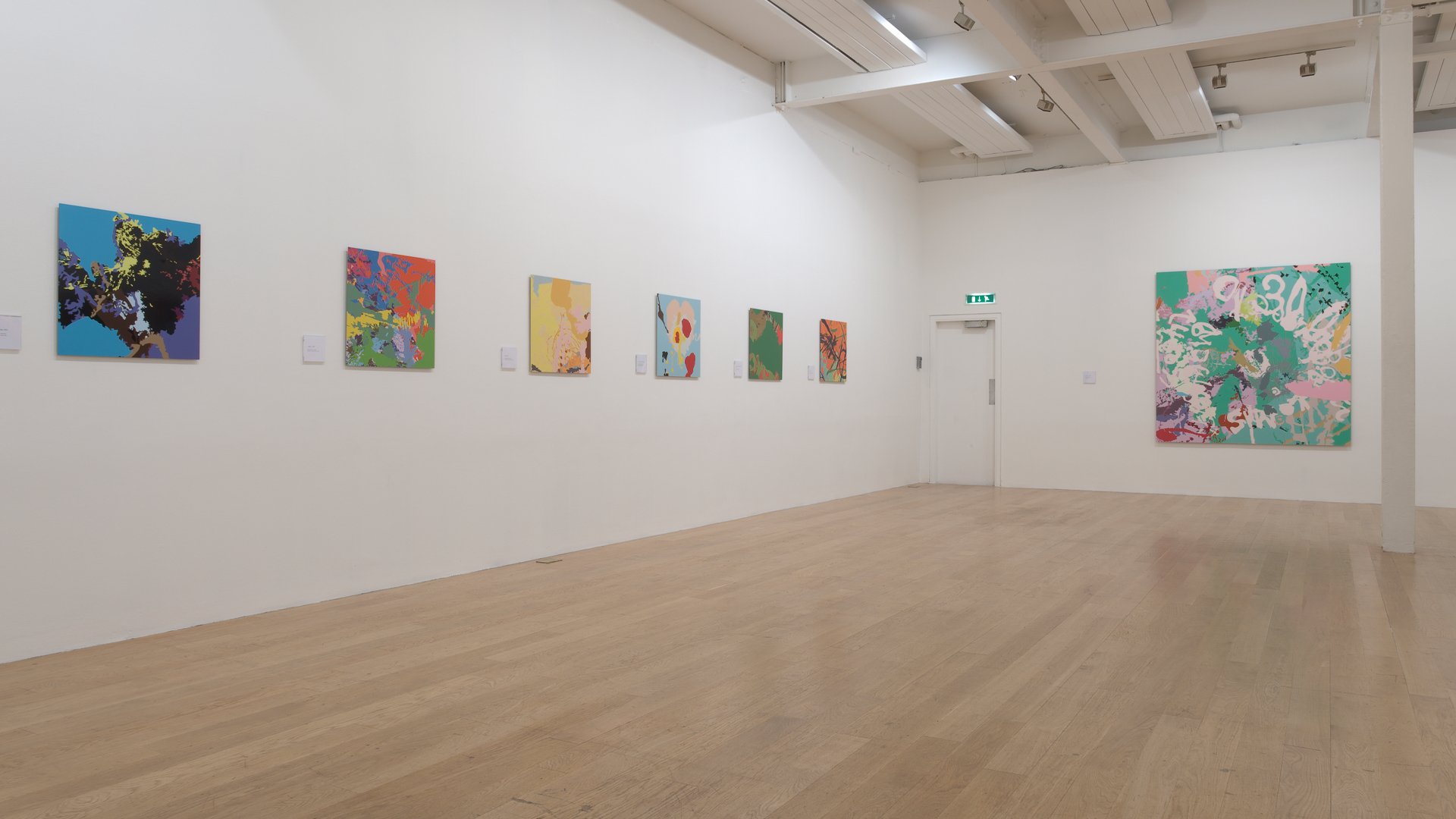 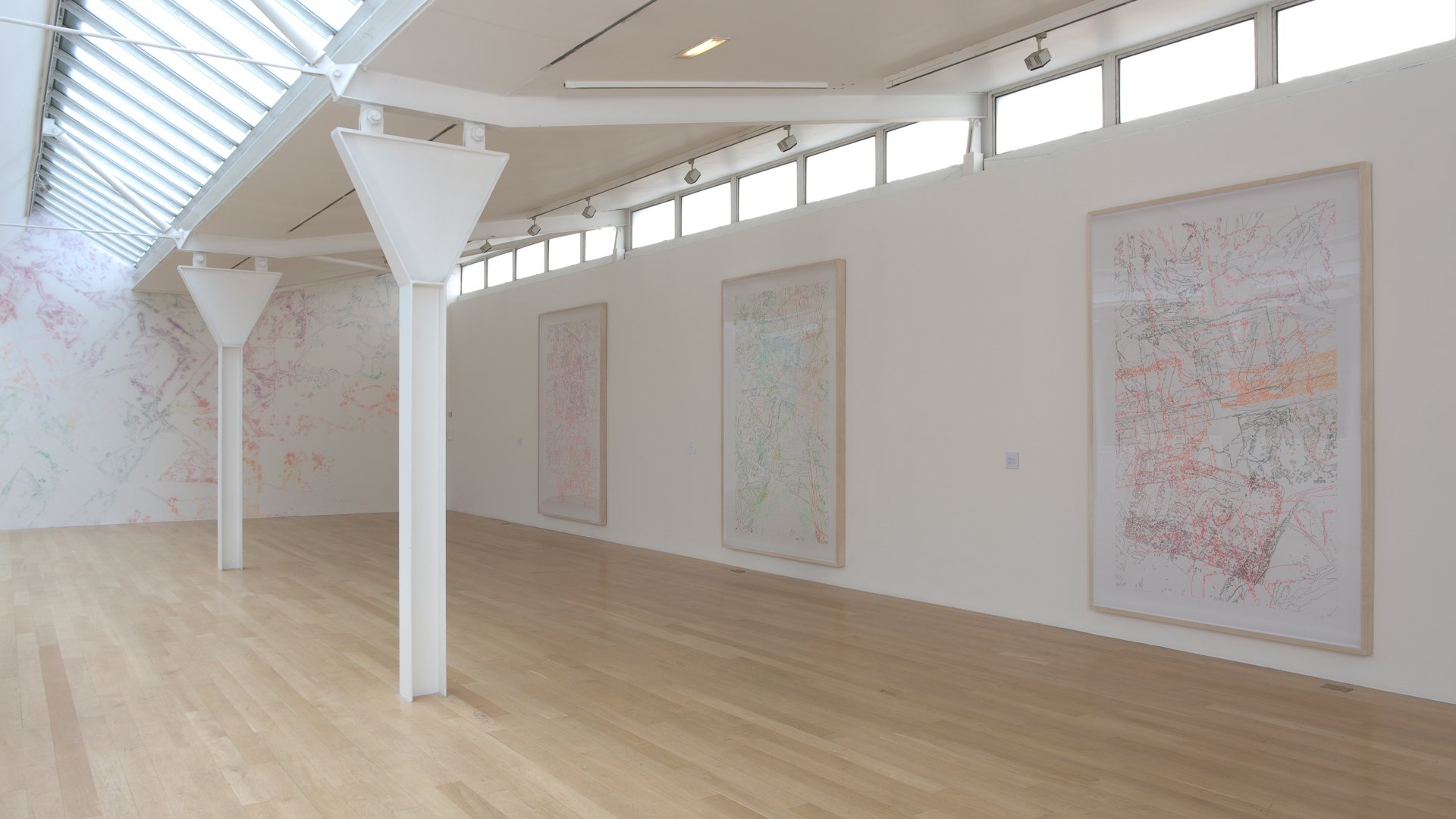 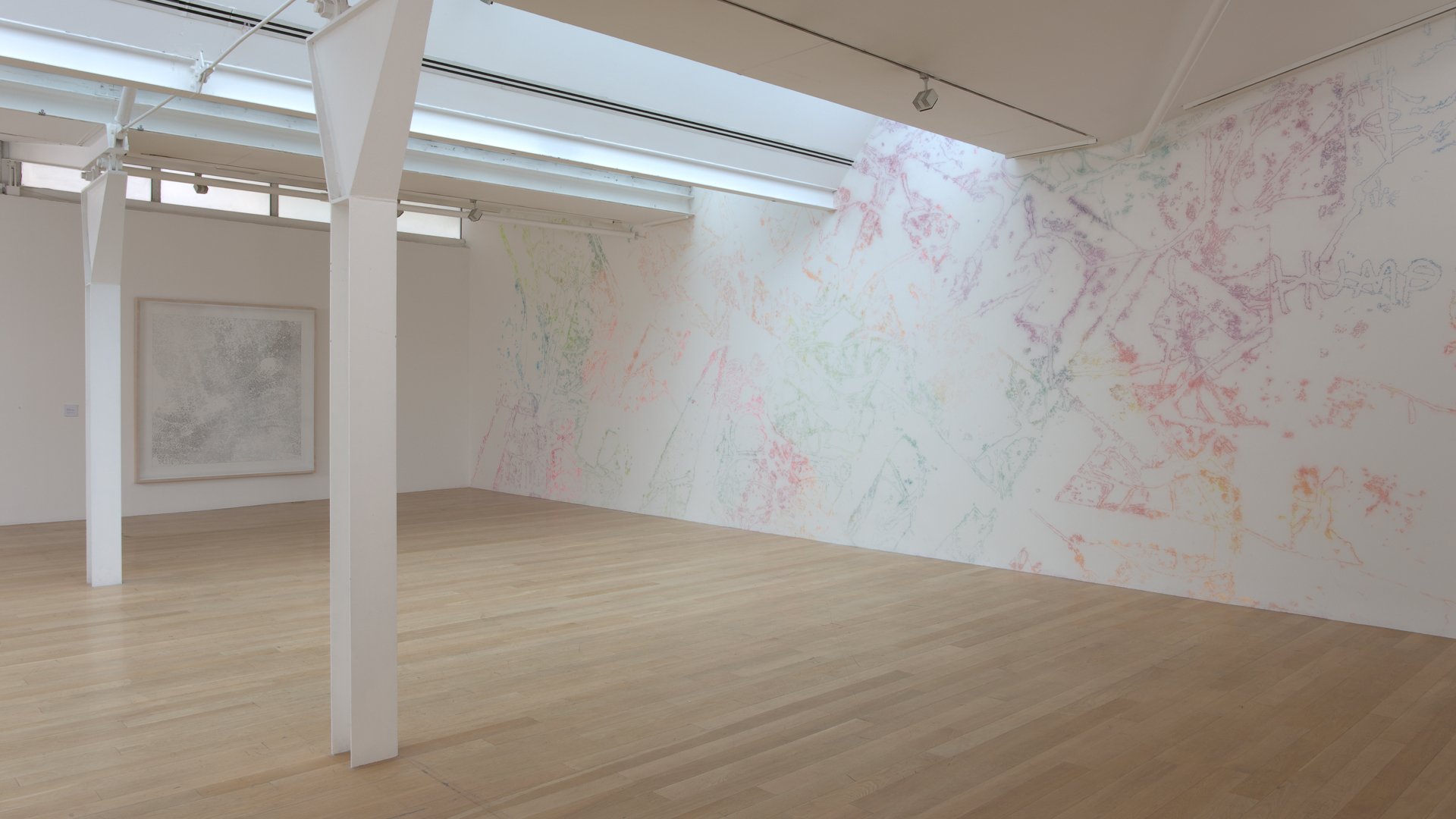 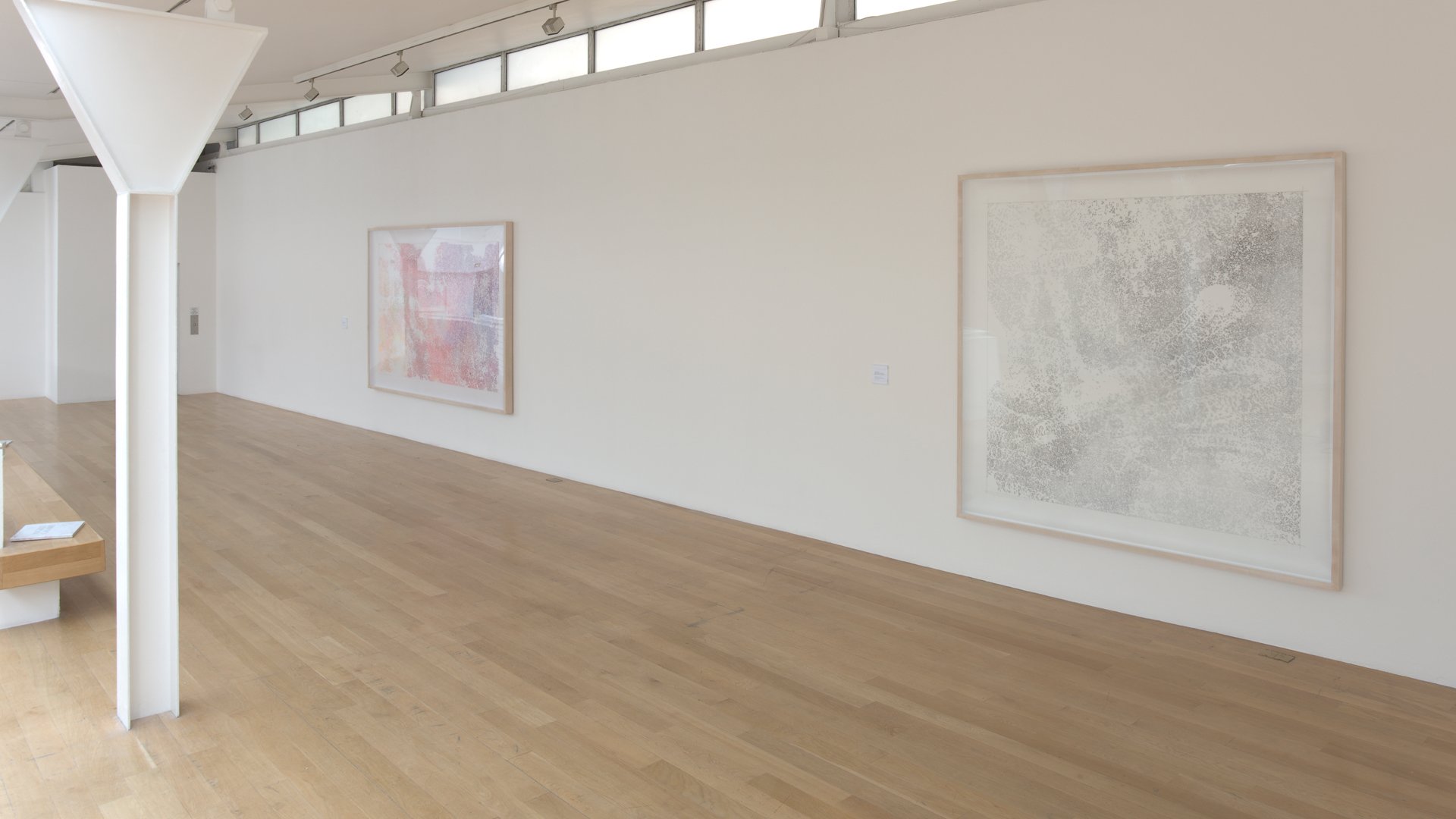 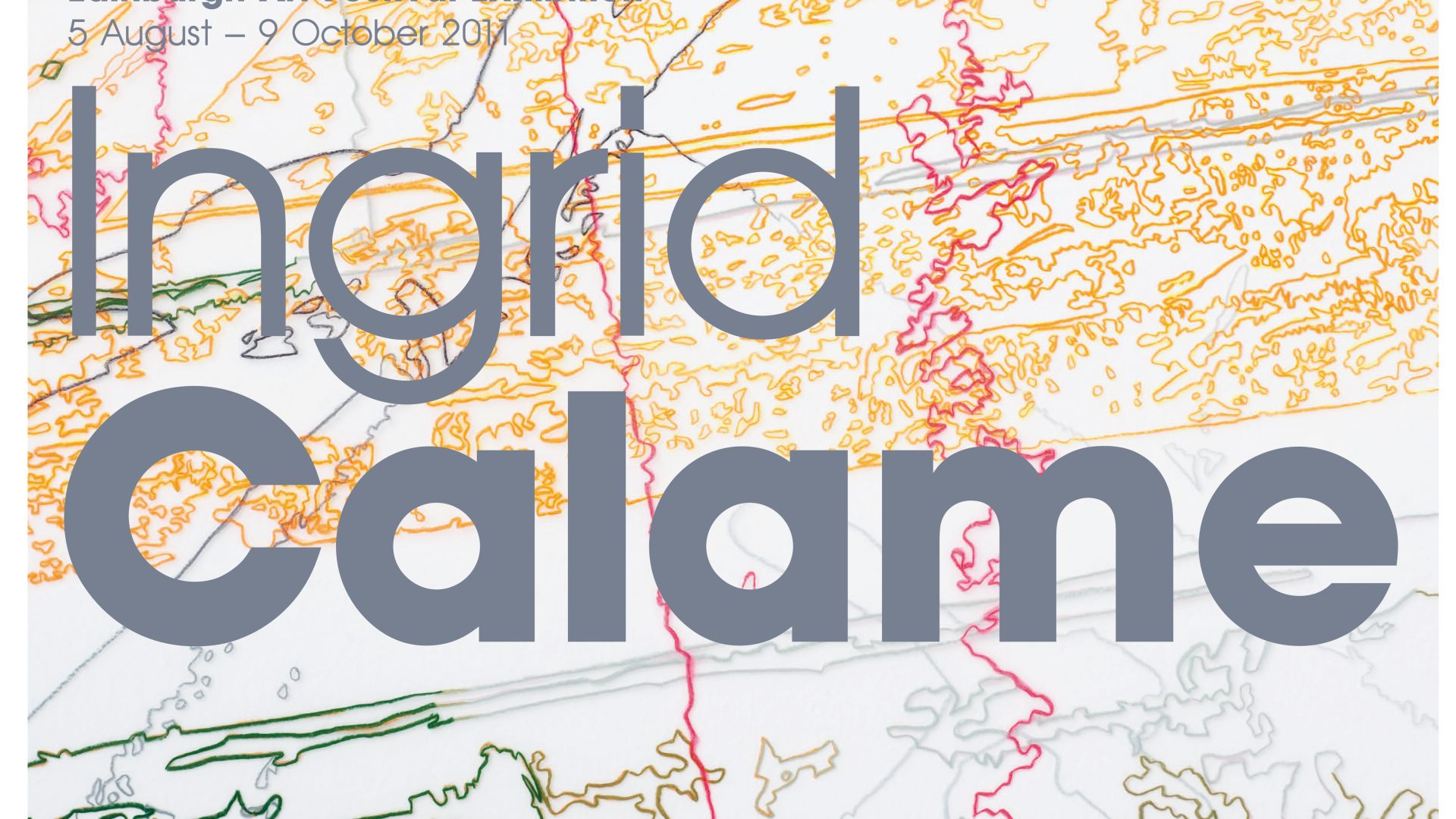 The Fruitmarket Gallery presented the first solo exhibition in Scotland of the work of American artist Ingrid Calame, whose beautifully-coloured, intricate drawings and paintings have a specific, if abstracted, relationship to the world.

The exhibition presented the development of Calame’s singular visual language from her earliest tracings on her studio floor to her most recent workings and reworkings; bringing together drawings and paintings made from 1994 to 2011, including a new wall drawing, L.A. River at Clearwater Street 2006-8 (2011) made especially for and in The Fruitmarket Gallery.

The sources of most of the work are markings from the dried-out concrete banks of the L.A. River, and three locations in Buffalo, New York: the ArcelorMittal Steel Shipping Building, the Perry Street Projects wading pool, and the Albright-Knox Art Gallery car park.

The paintings and drawings all begin with Calame tracing marks, stains and cracks on the ground. She then combines, layers and retraces the tracings before transforming them into drawings in coloured pencil or pure pigment, and paintings in enamel or oil paint. The works that result from this singular process are beautiful and intelligent abstractions. Displayed in a gallery, they retained their connection with the world outside at several removes, exerting an oddly insistent presence.

The exhibition opened with a work that makes material the journey from ground to wall, sspspss…UM biddle BOP (1997), a huge painting on Mylar (architectural tracing paper) that draped from the gallery wall to the floor, taking up equal parts of wall and floor.

Calame locates material and metaphorical value in forms on the ground, but the works themselves also carry with them a narrative sensibility she calls micro-histories. For instance, in ArcelorMittal Steel Shipping Building One, No. 233 (2009), the orange parking bay number 233 and accompanying oil stains are legible. Calame describes her process as a way of ‘making frozen moments rather than using the narrative structure that a time-based medium involves’, building up a vocabulary of forms through reusing particular markings in different works and proposing a language all her own, a fusion of figuration and abstraction.

In the upstairs gallery space, work from 2010-11 presented this fusion on a grander scale. The new wall drawing, L.A. River at Clearwater Street 2006-8 (2011), was presented together with a series of her most recent work. In all of her work, Calame recuperates the overlooked or neglected remains of human actions, instrumental, incidental or accidental. The compositions capture time, making plain its passing and our inevitable mortality.