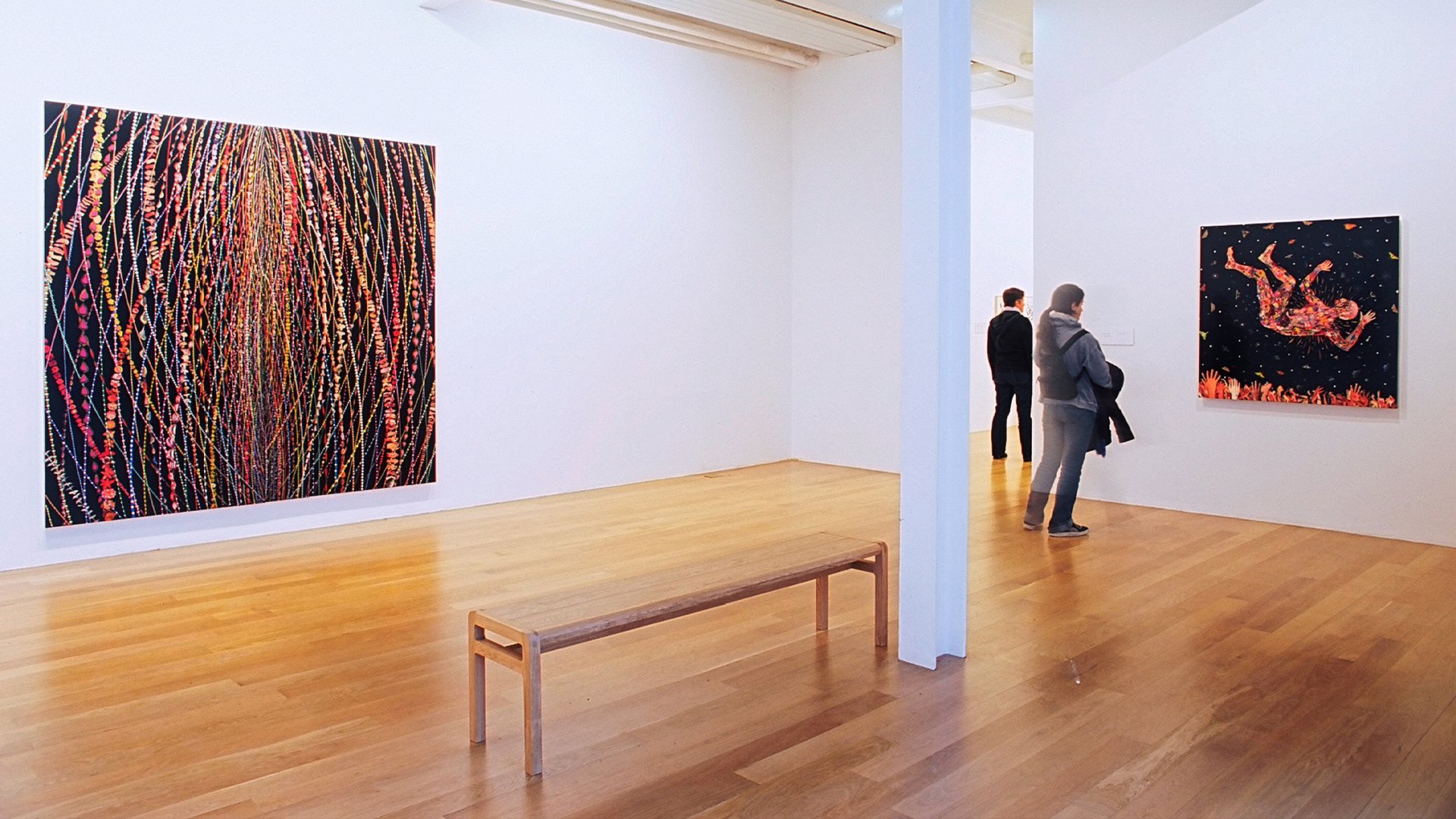 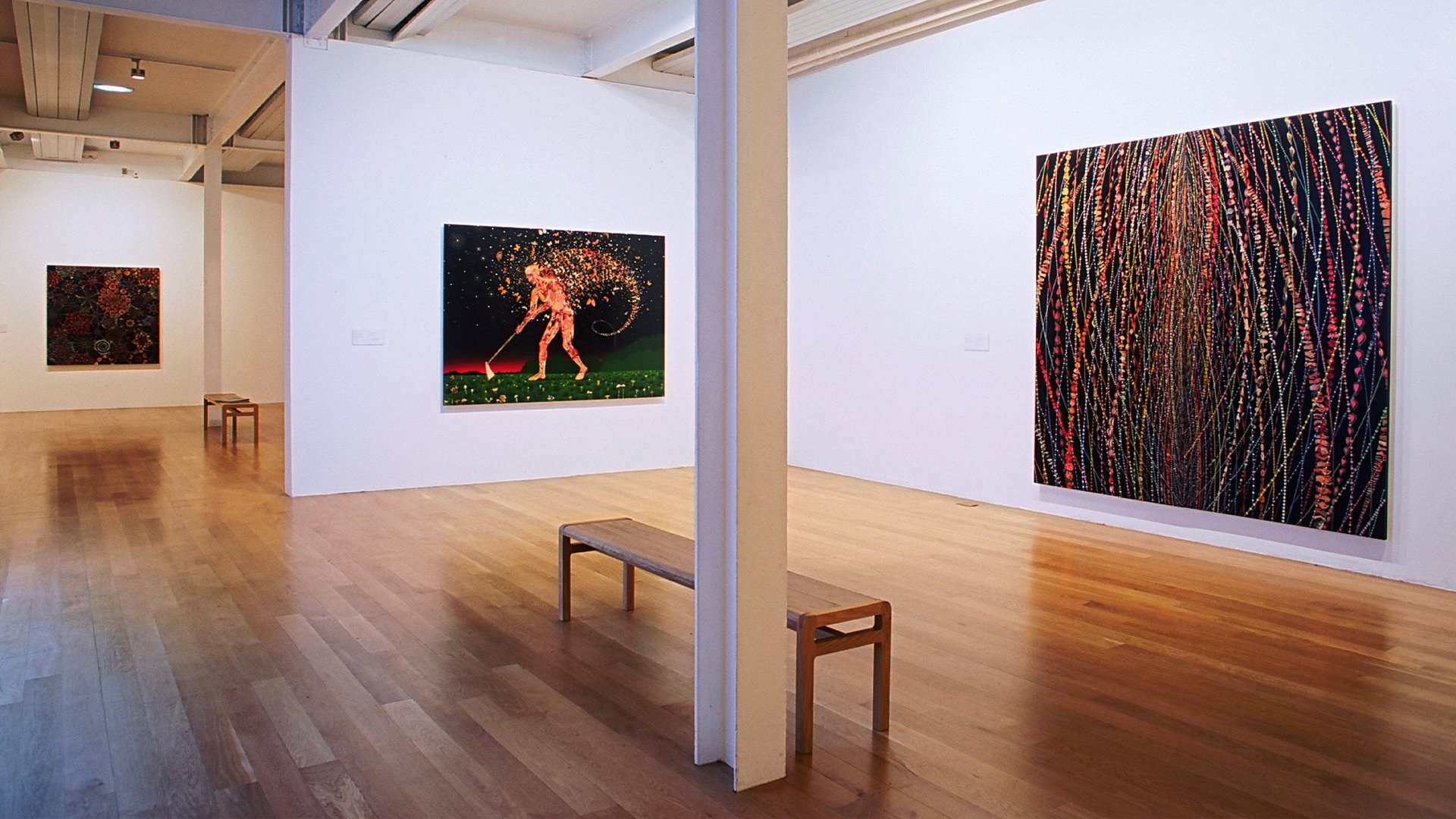 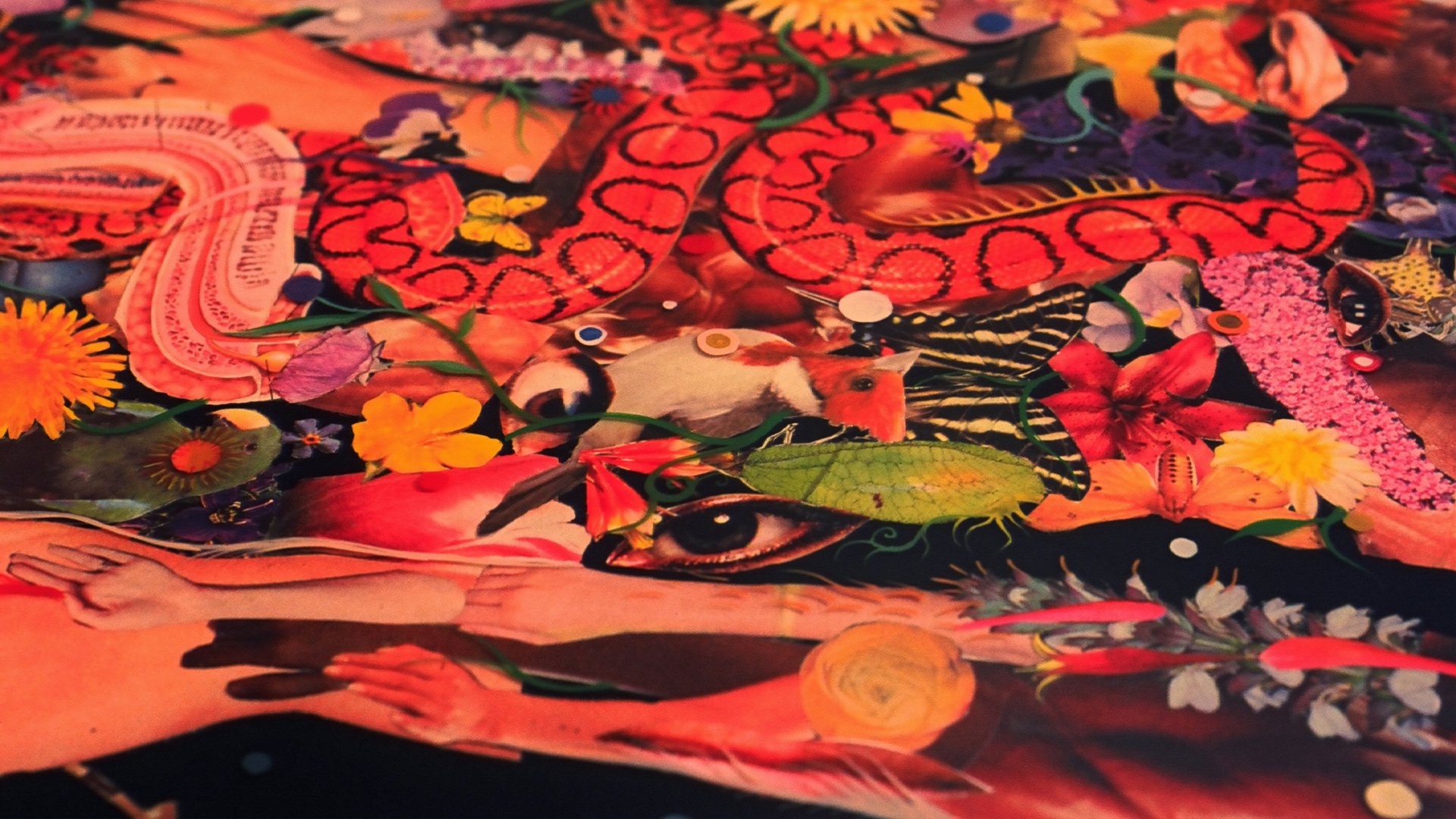 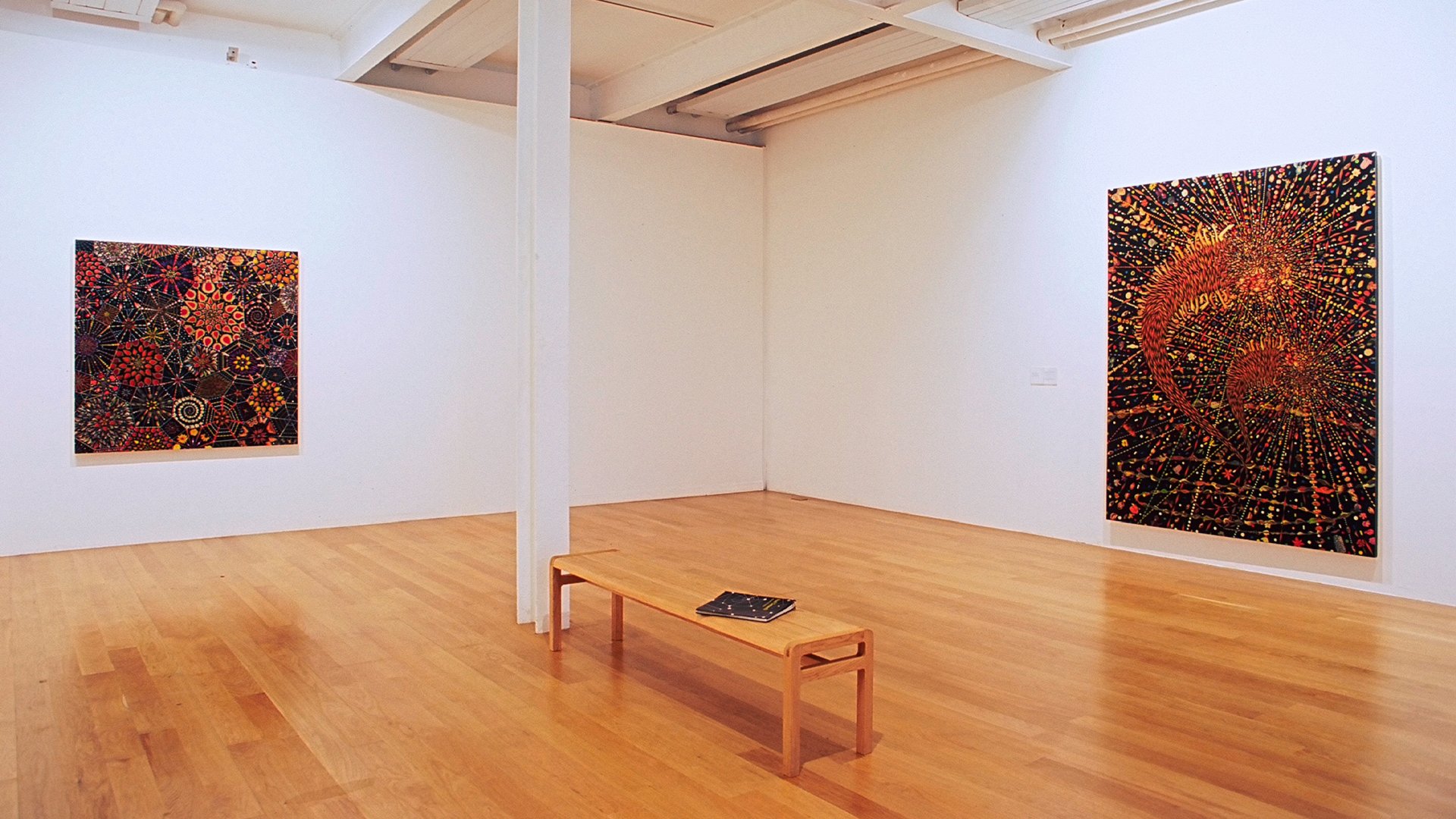 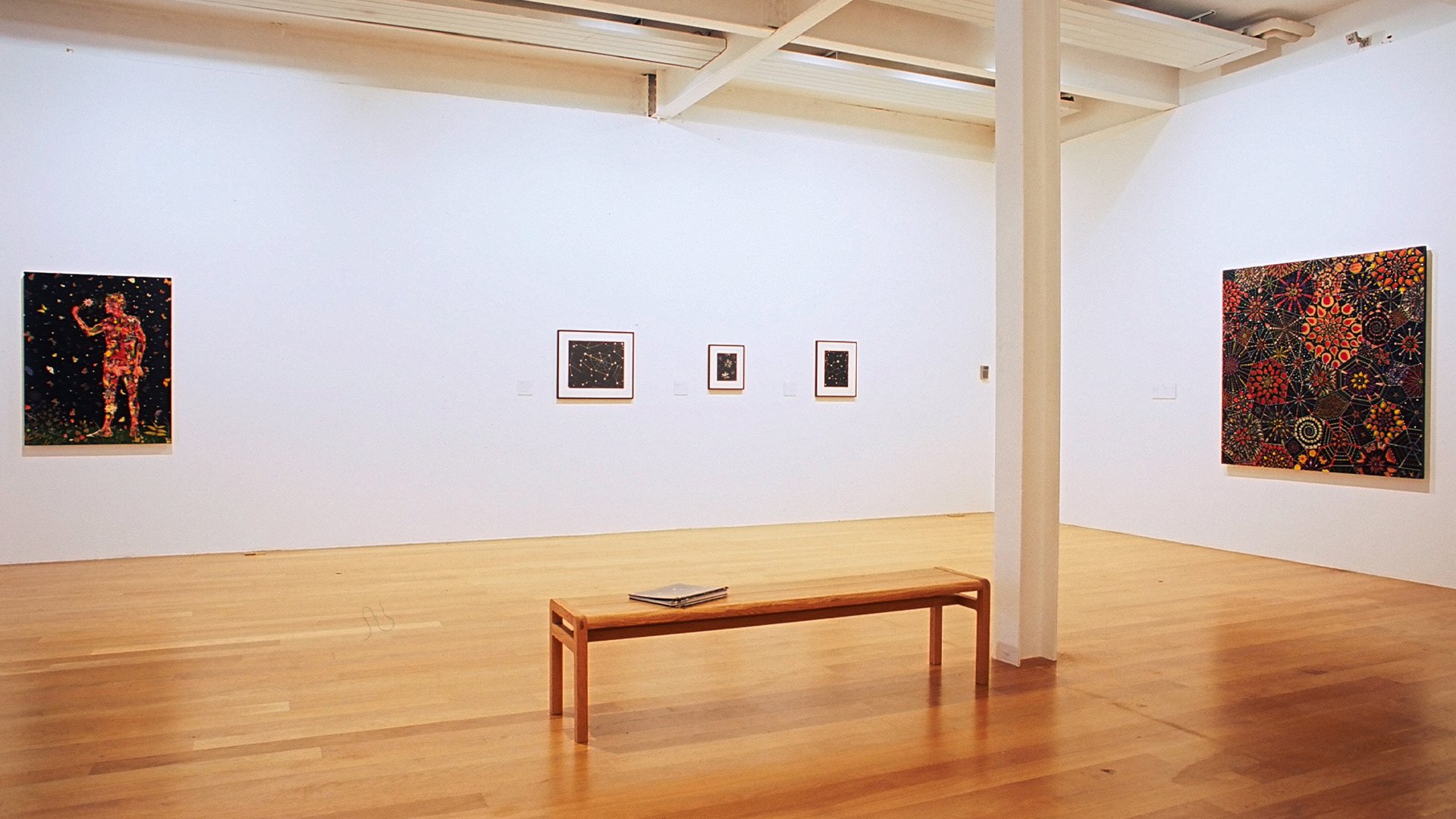 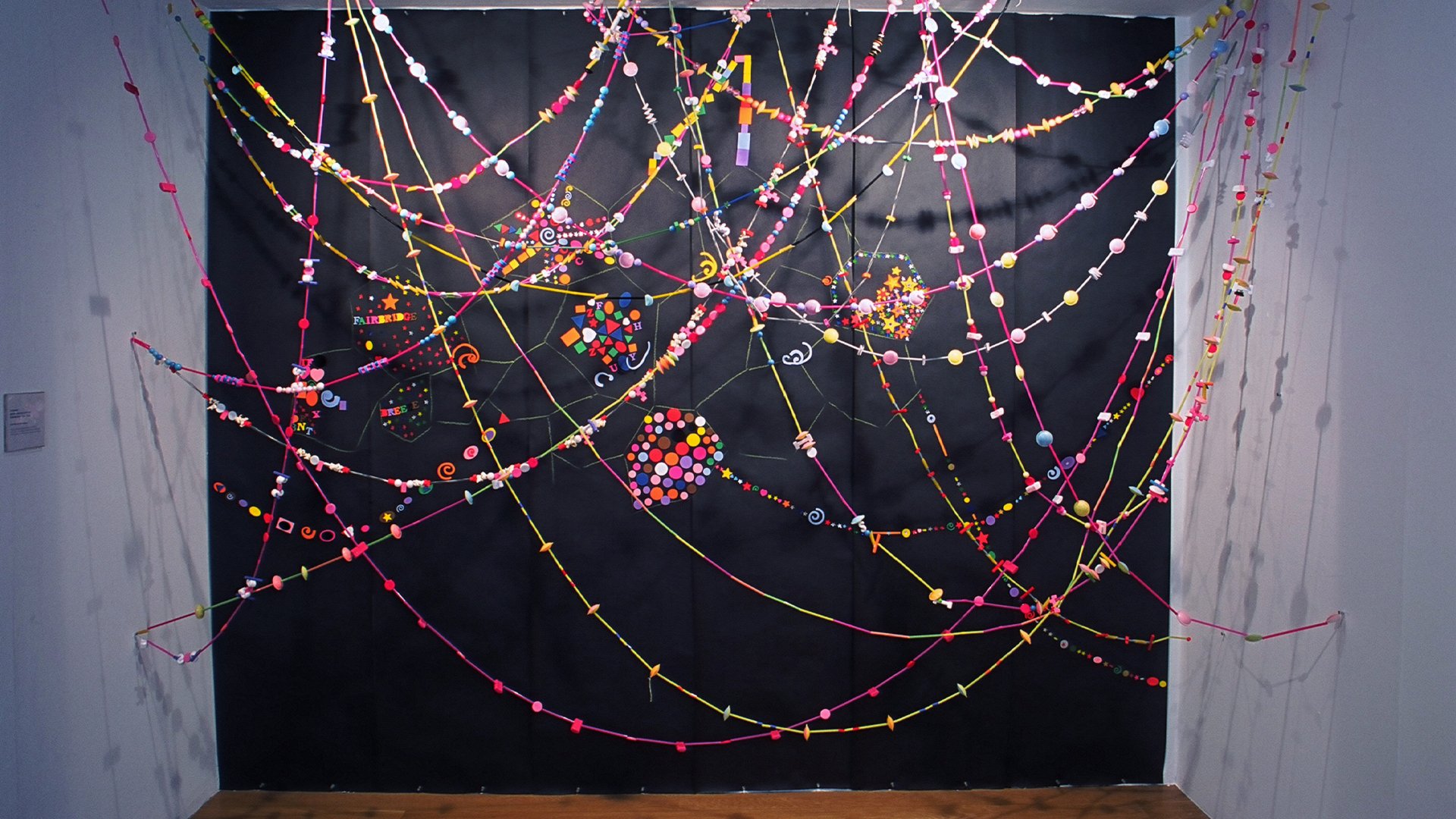 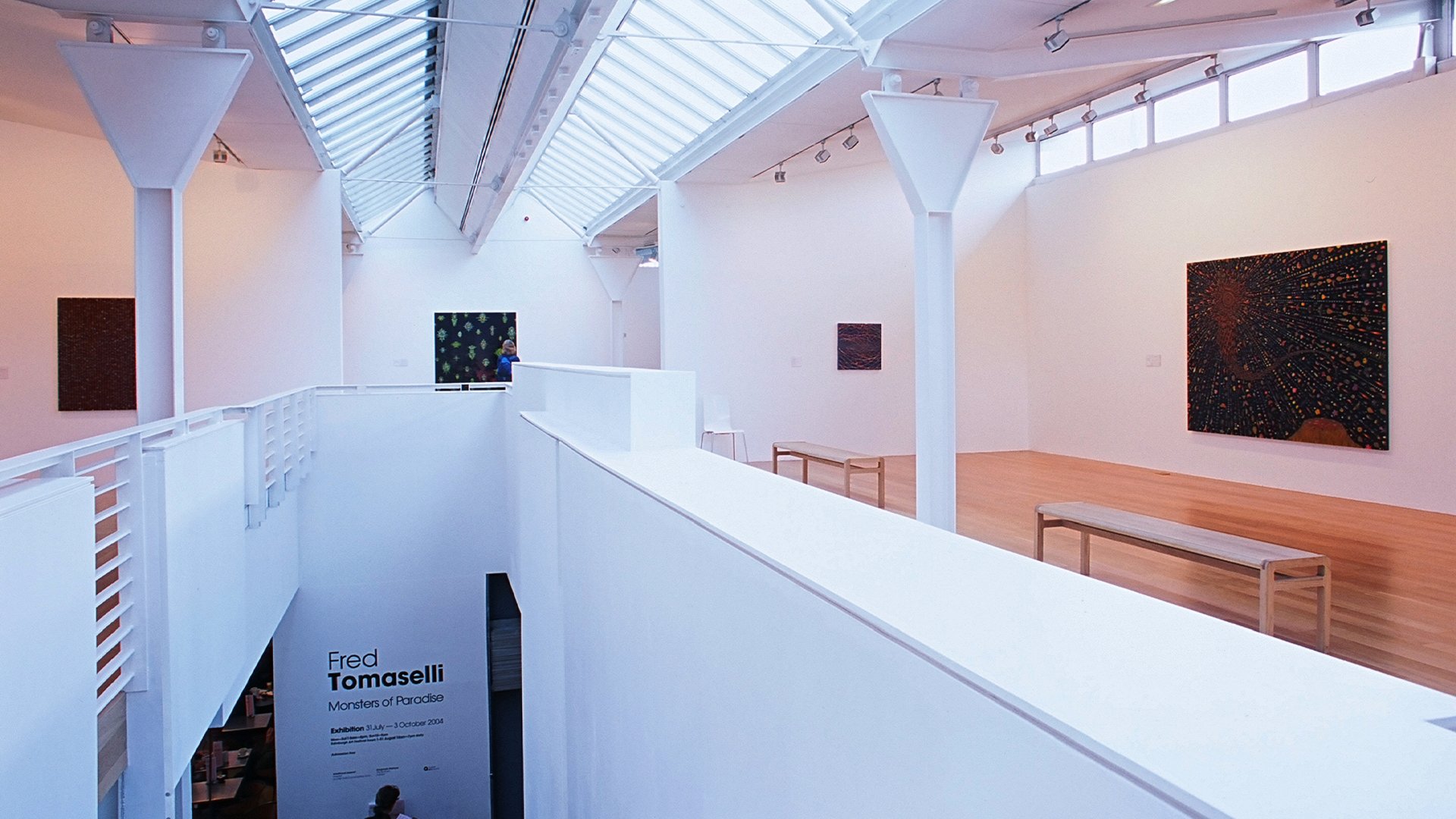 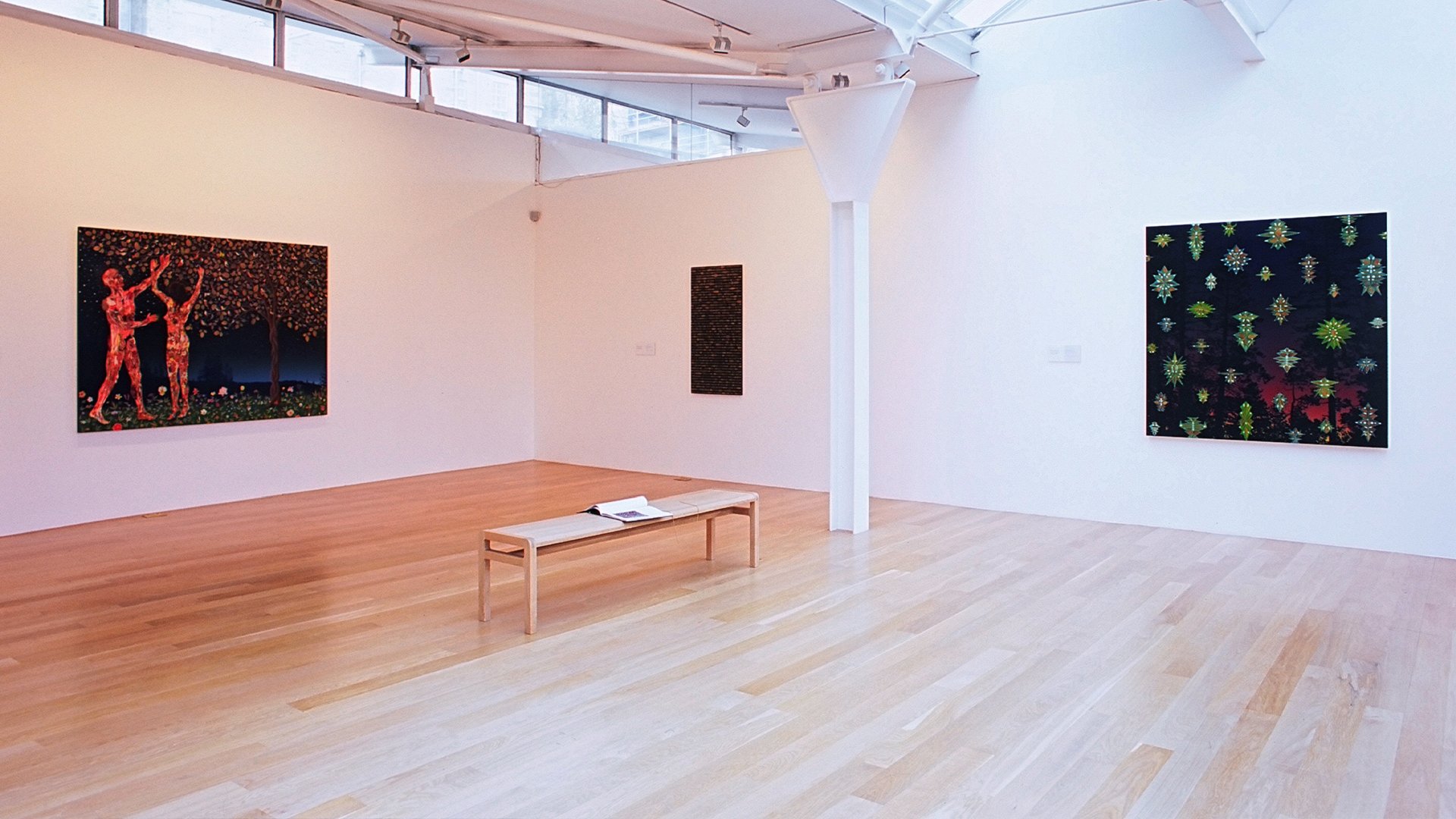 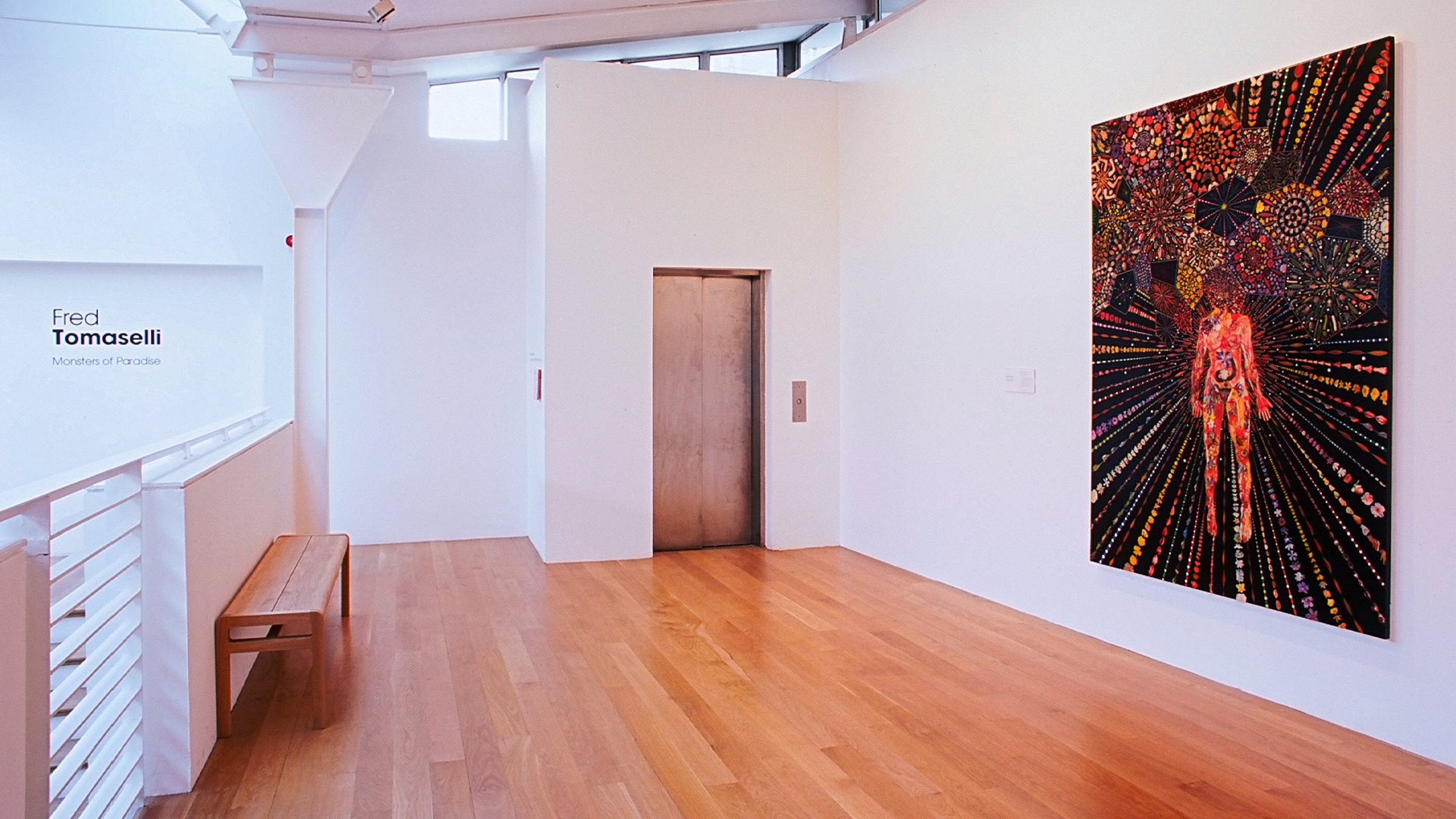 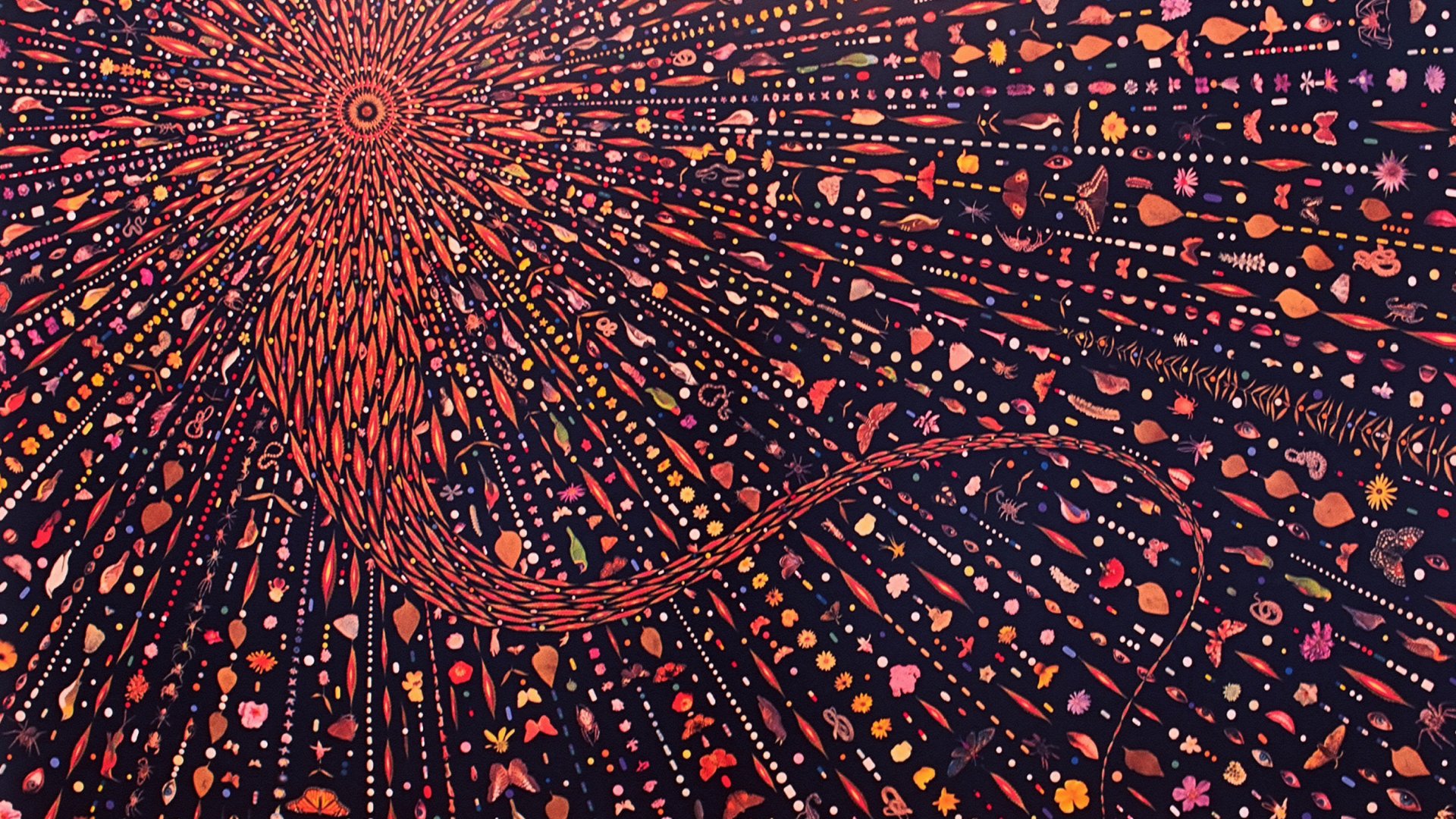 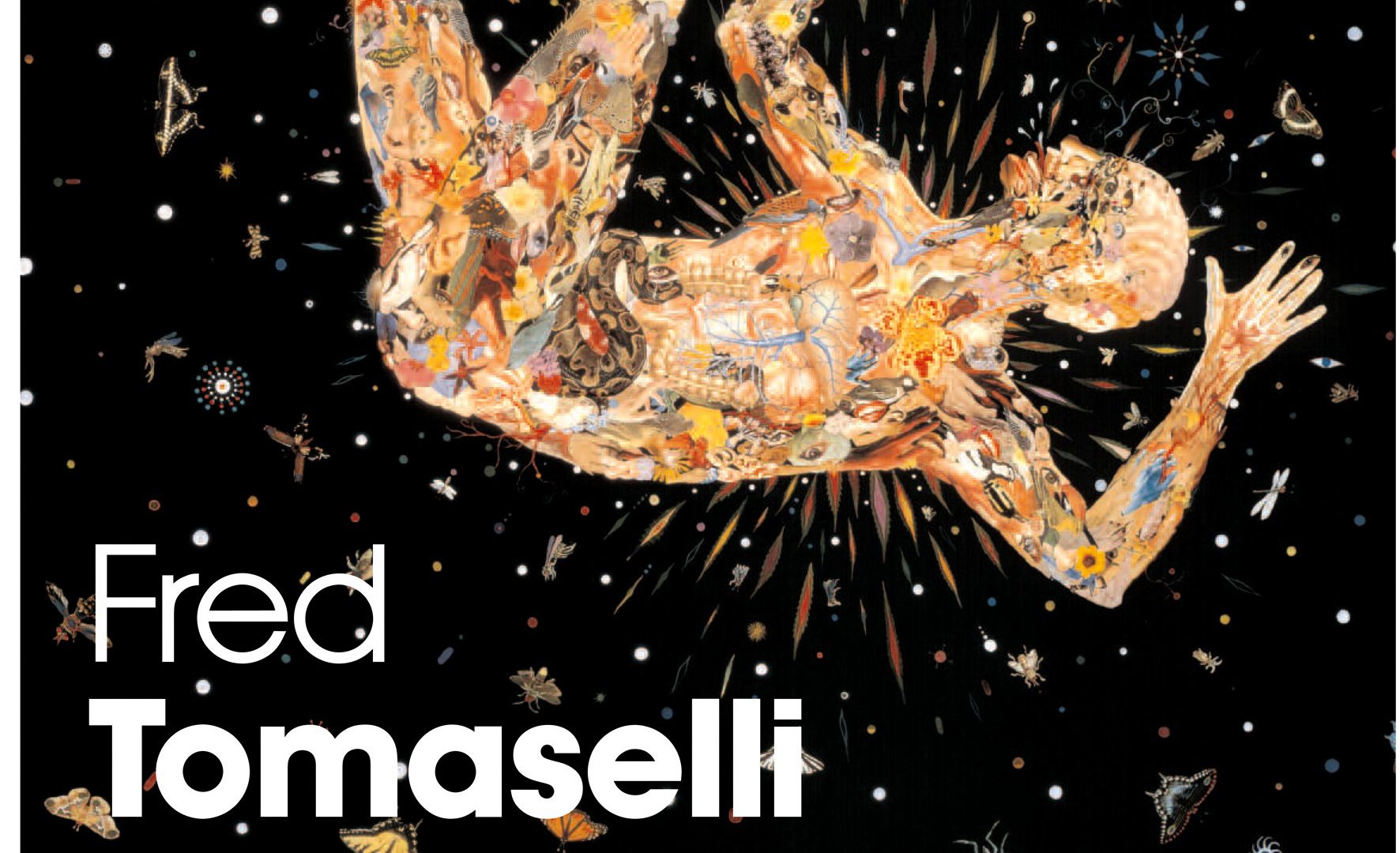 Fred Tomaselli was born in Santa Monica in 1956 and came of age, as he puts it, in the California of the 1970s – ‘basically the 1960s with birth defects – a mutant excess of PCP1 and arena rock’. Drugs and music have remained important throughout his career, as material for college and fuel for the imagination (respectively), but a move to Brooklyn in 1985 encouraged him to try to make a different kind of sense of the world through making art. The art Tomaselli makes is predominantly collage, although he tends to describe the products of his activity as paintings. If he paints, it is with famously unusual materials – pills, flowers, leaves, insects, cut-out magazine photographs of all of the aforementioned things plus an assortment of body parts, epoxy resin and paint. The artist believes that the materials he uses ‘are all interchangeable, all capable of manipulating reality in a perpetual, hazard less potentiality’. In making paintings with them, his stated aim is ‘to seduce and transport the viewer […] while simultaneously revealing the mechanics of that seduction’.

The exhibition Fred Tomaselli: Monsters of Paradise presented five years of the artist’s work from 1999 to 2004.