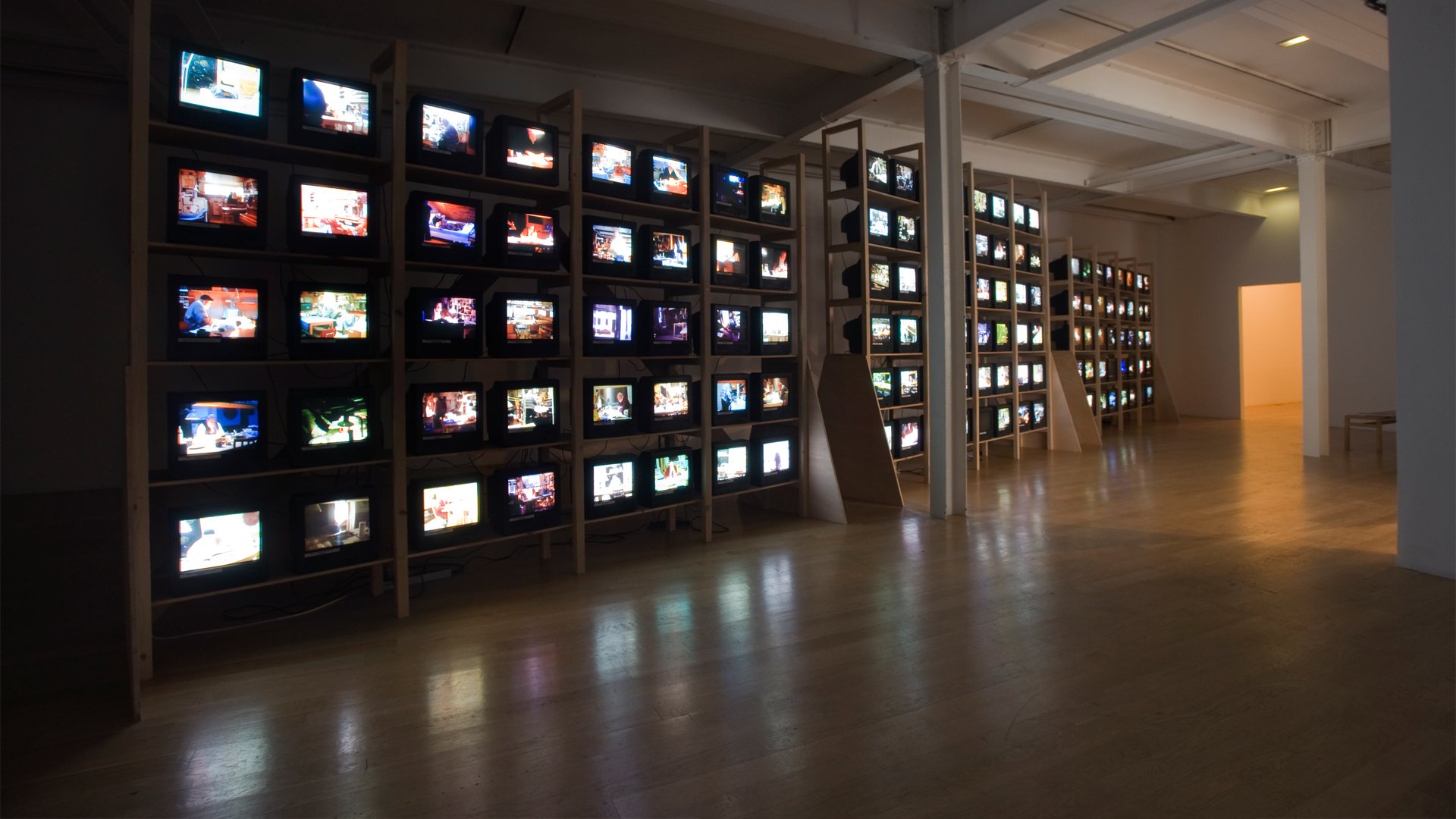 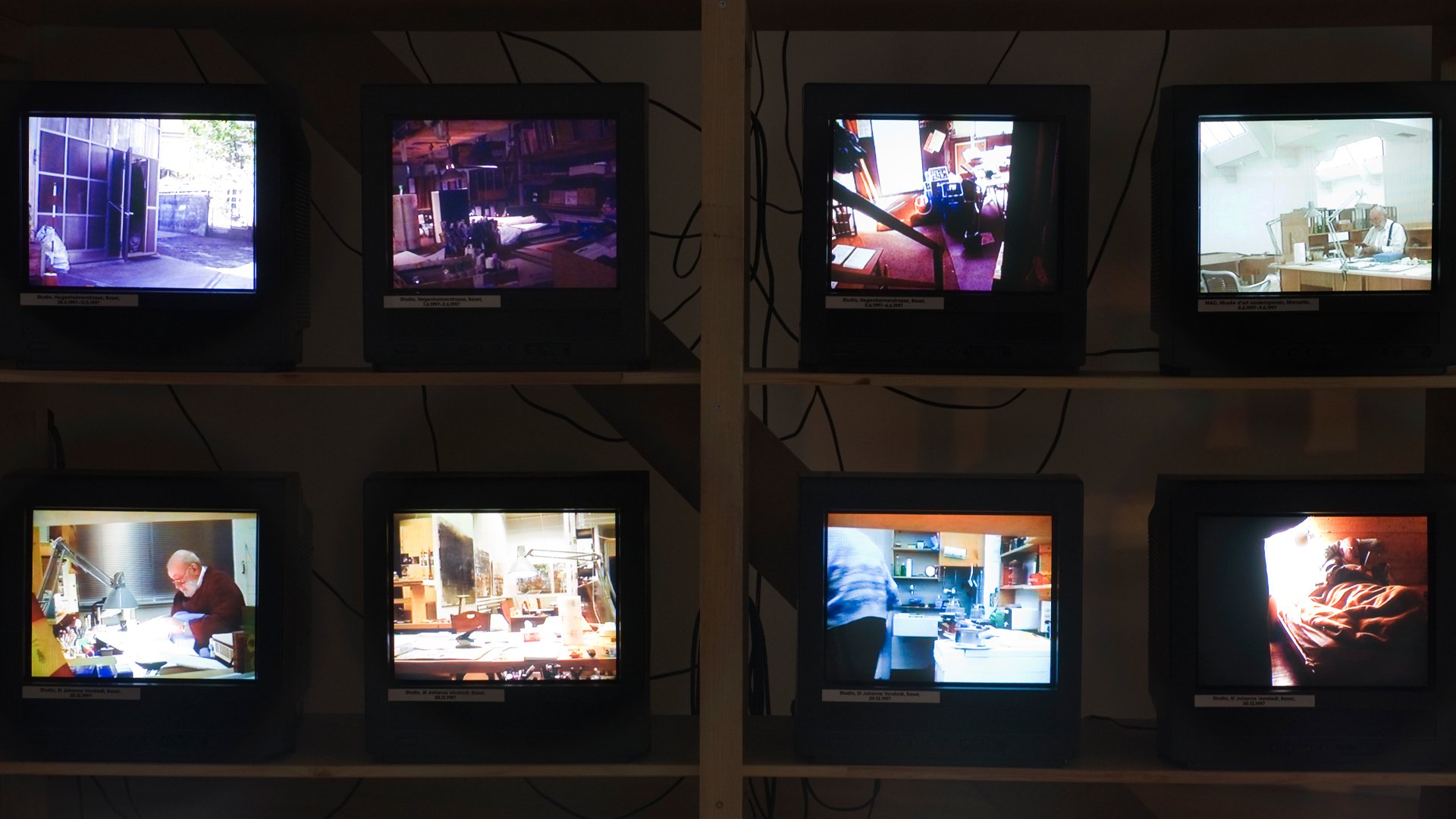 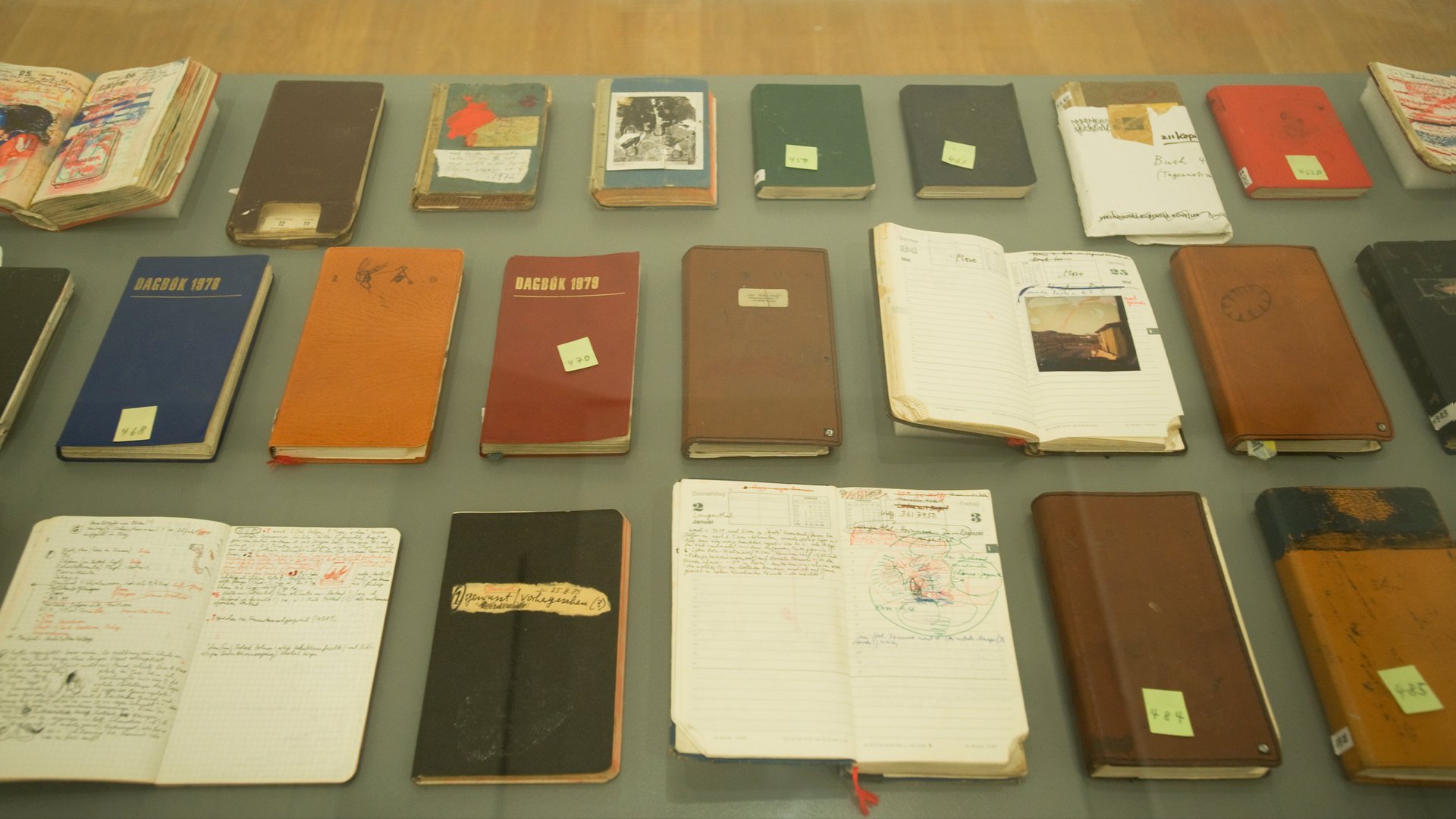 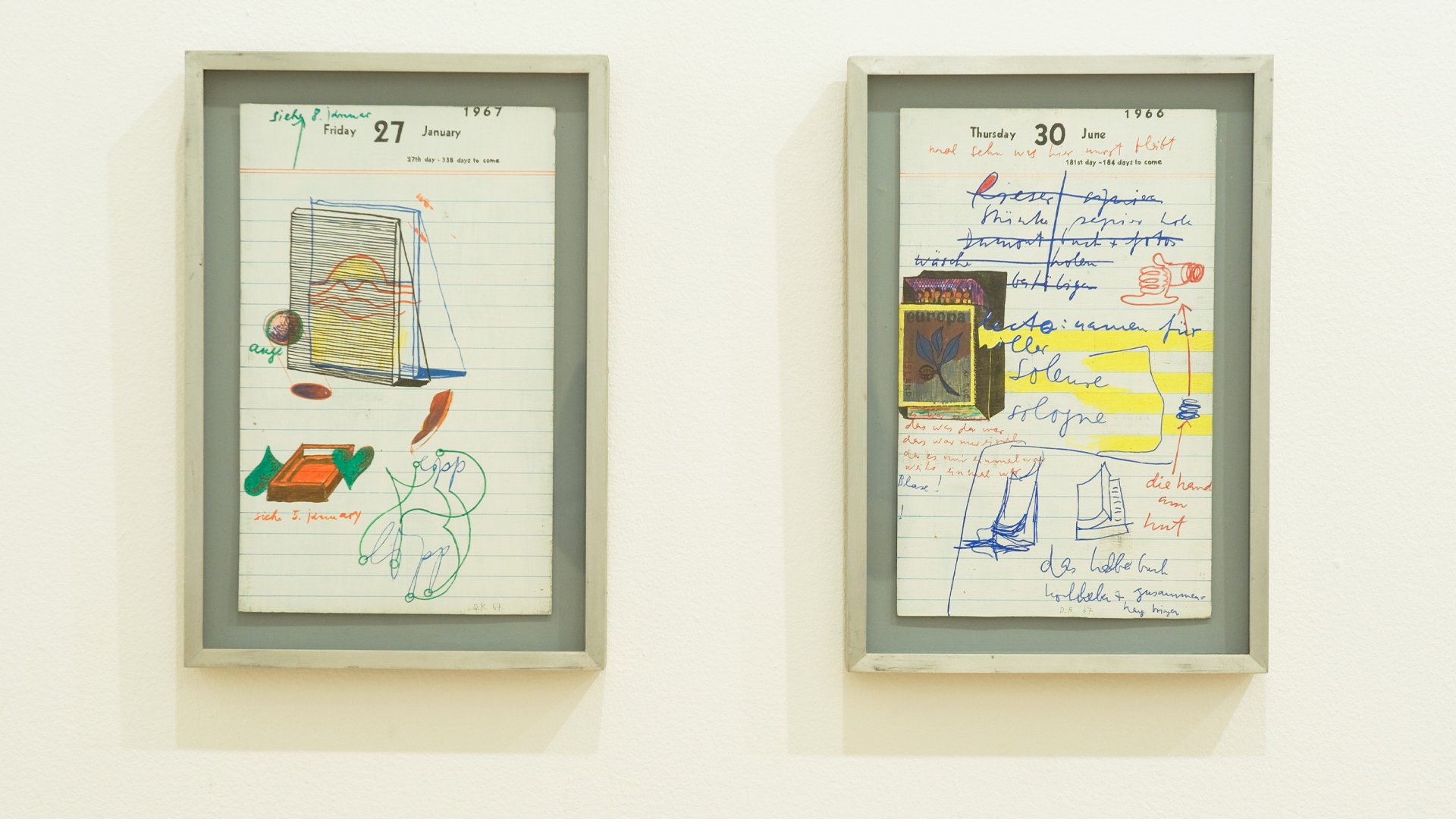 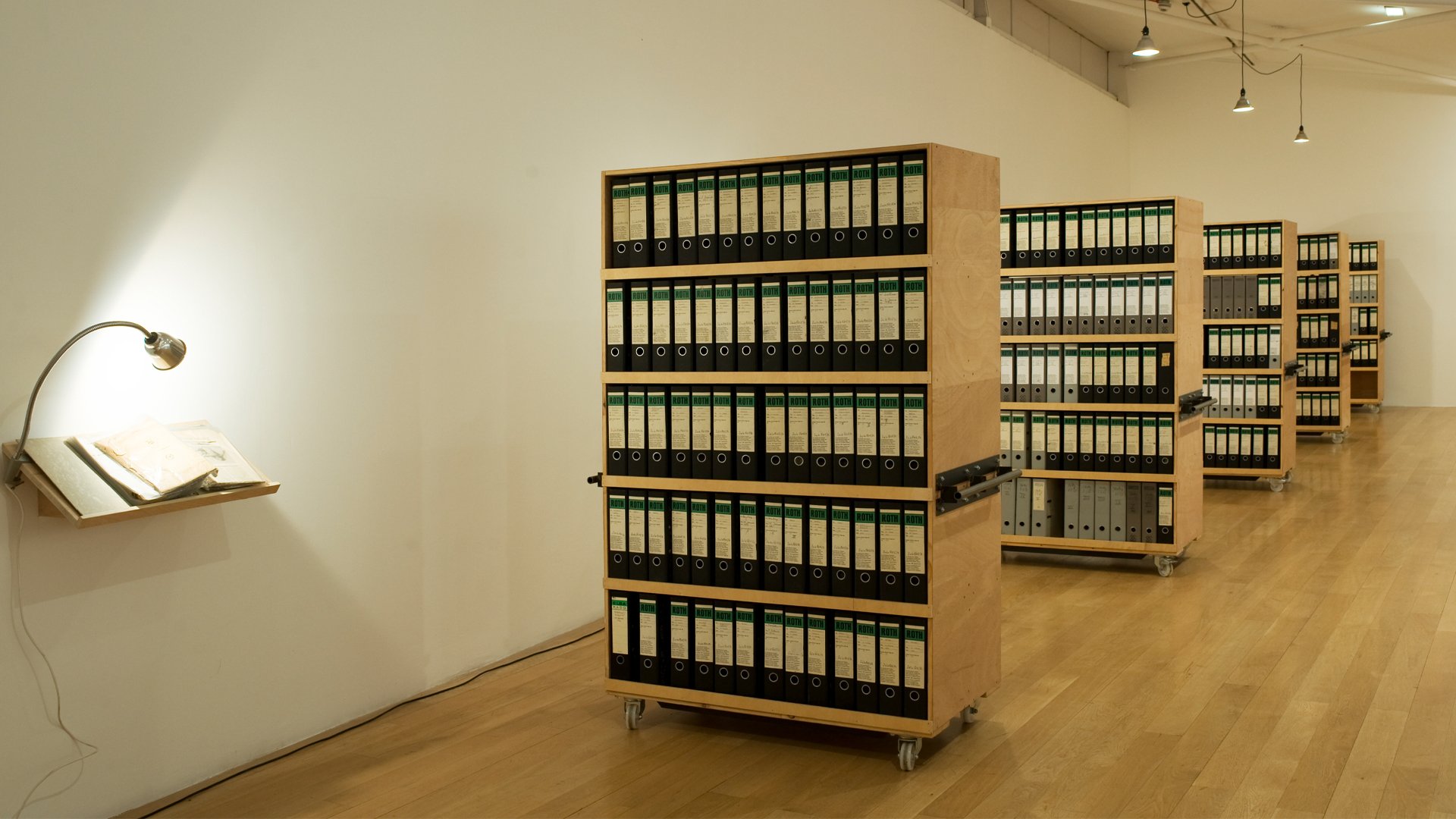 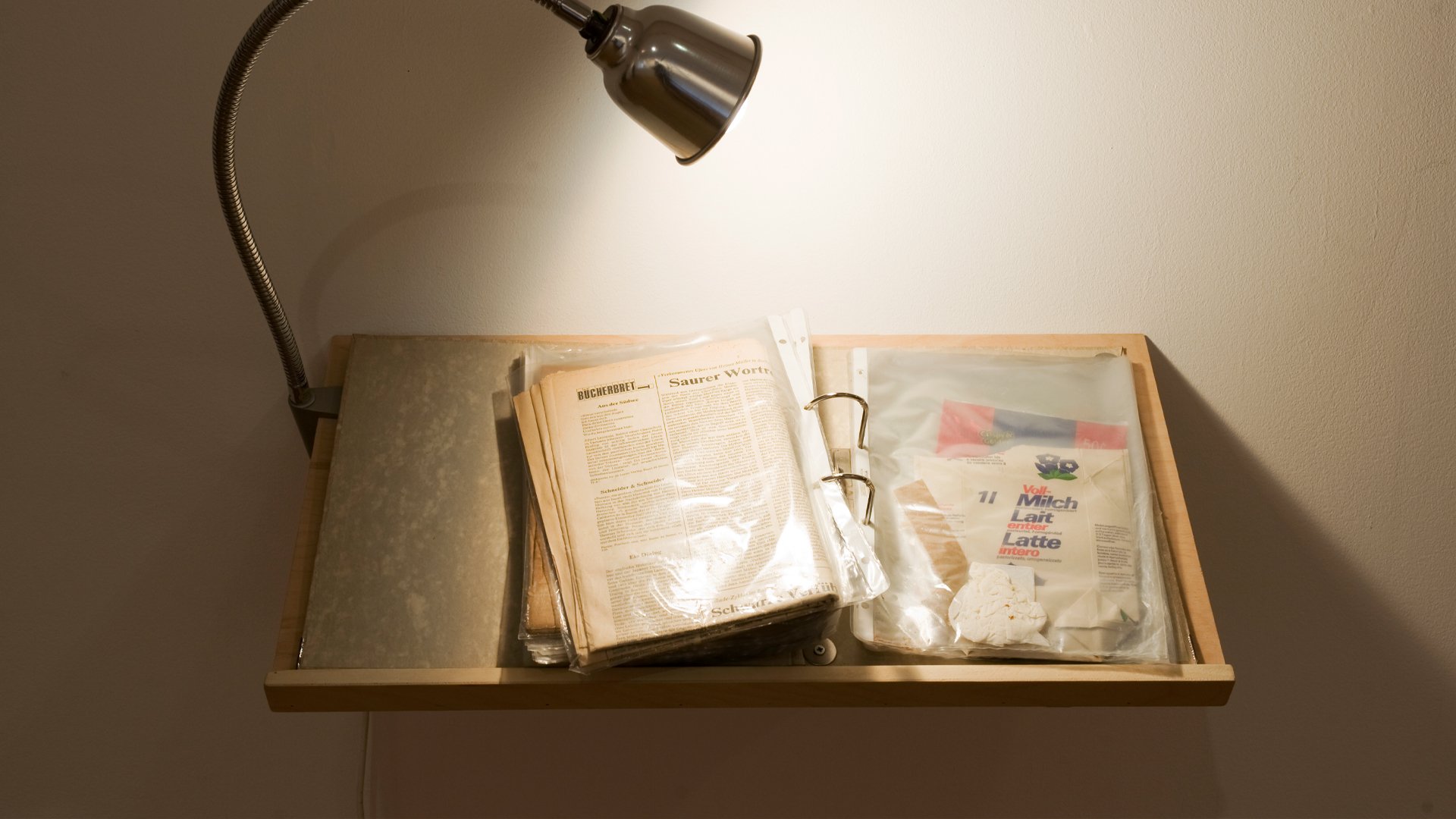 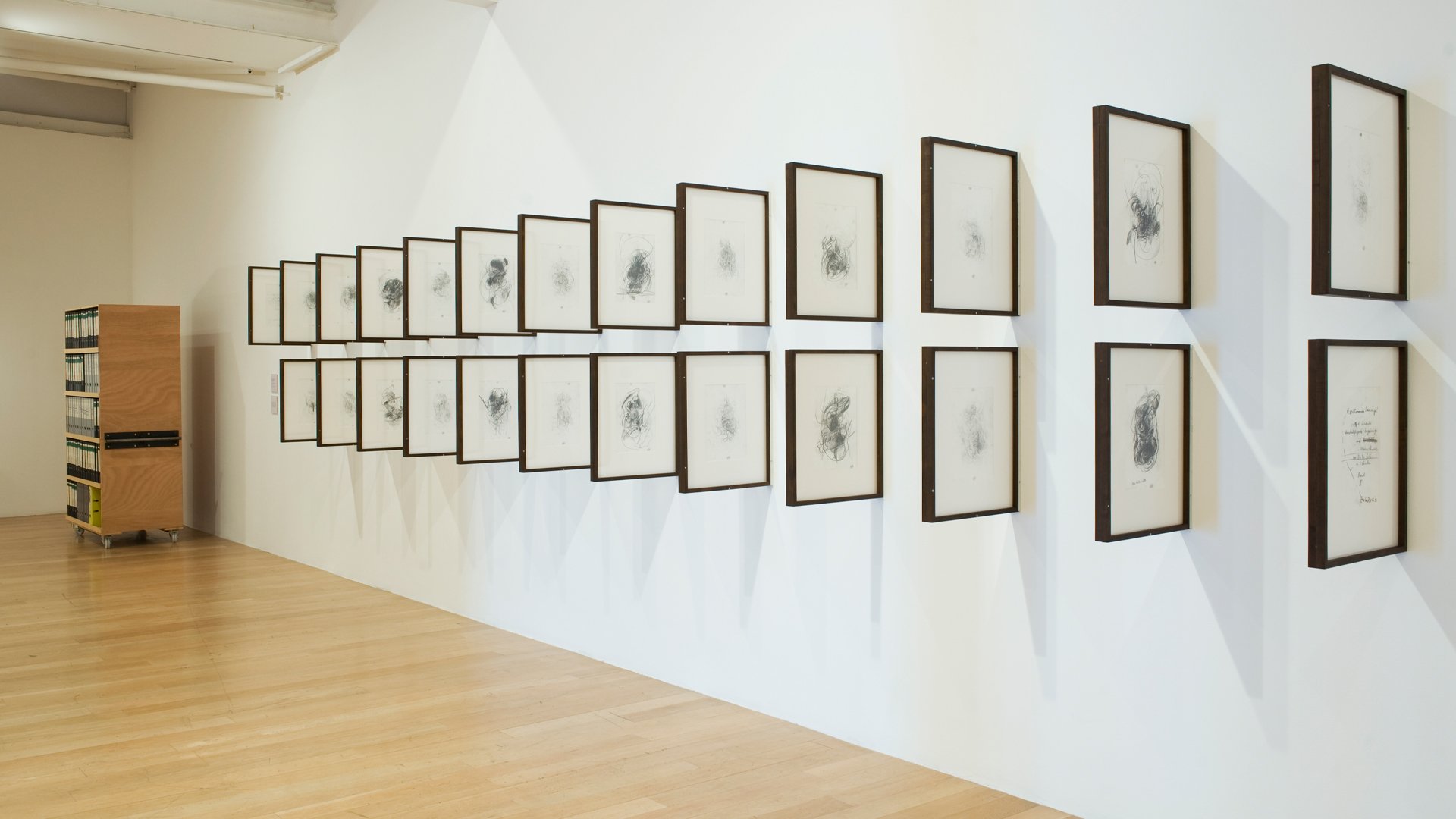 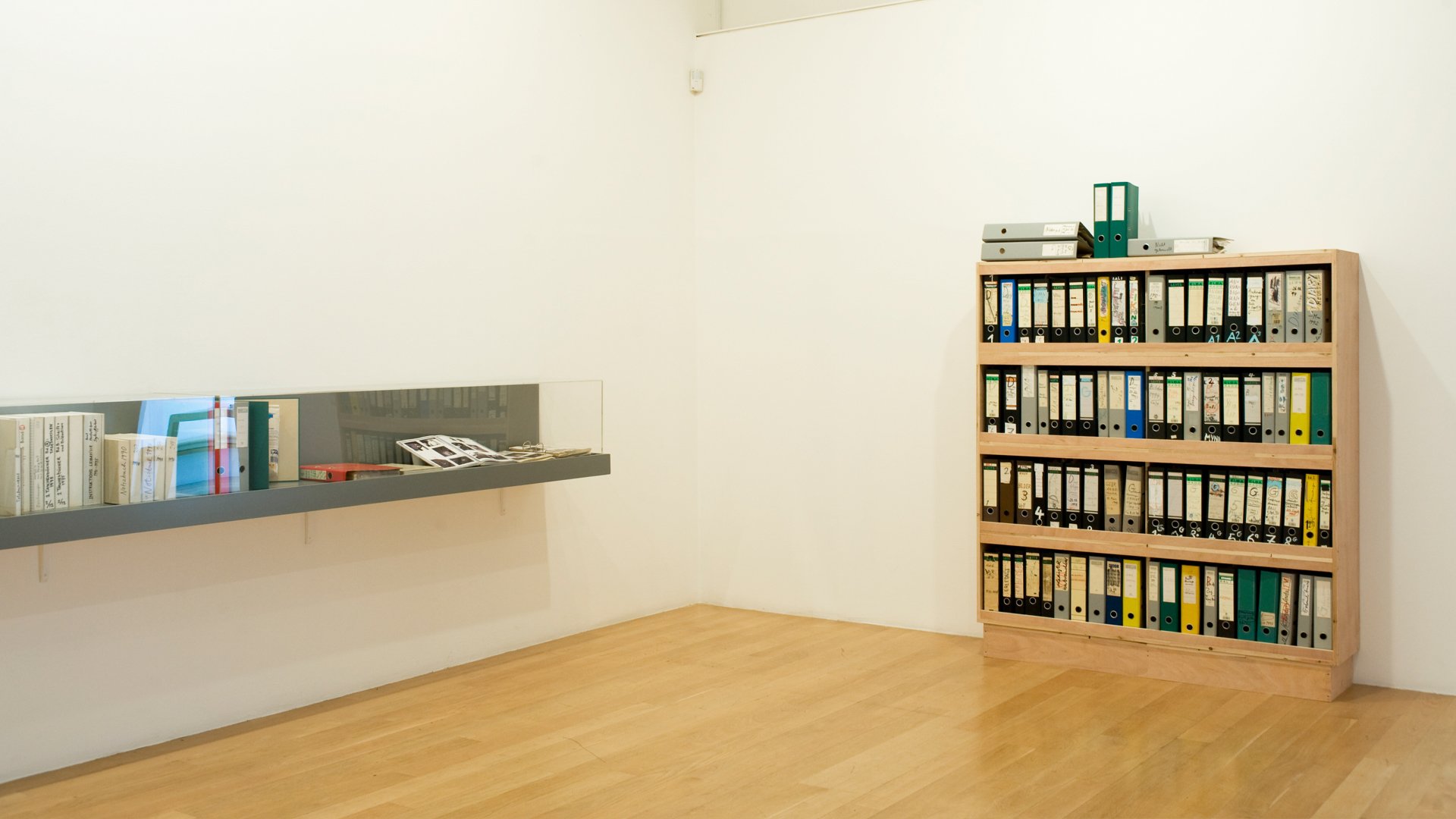 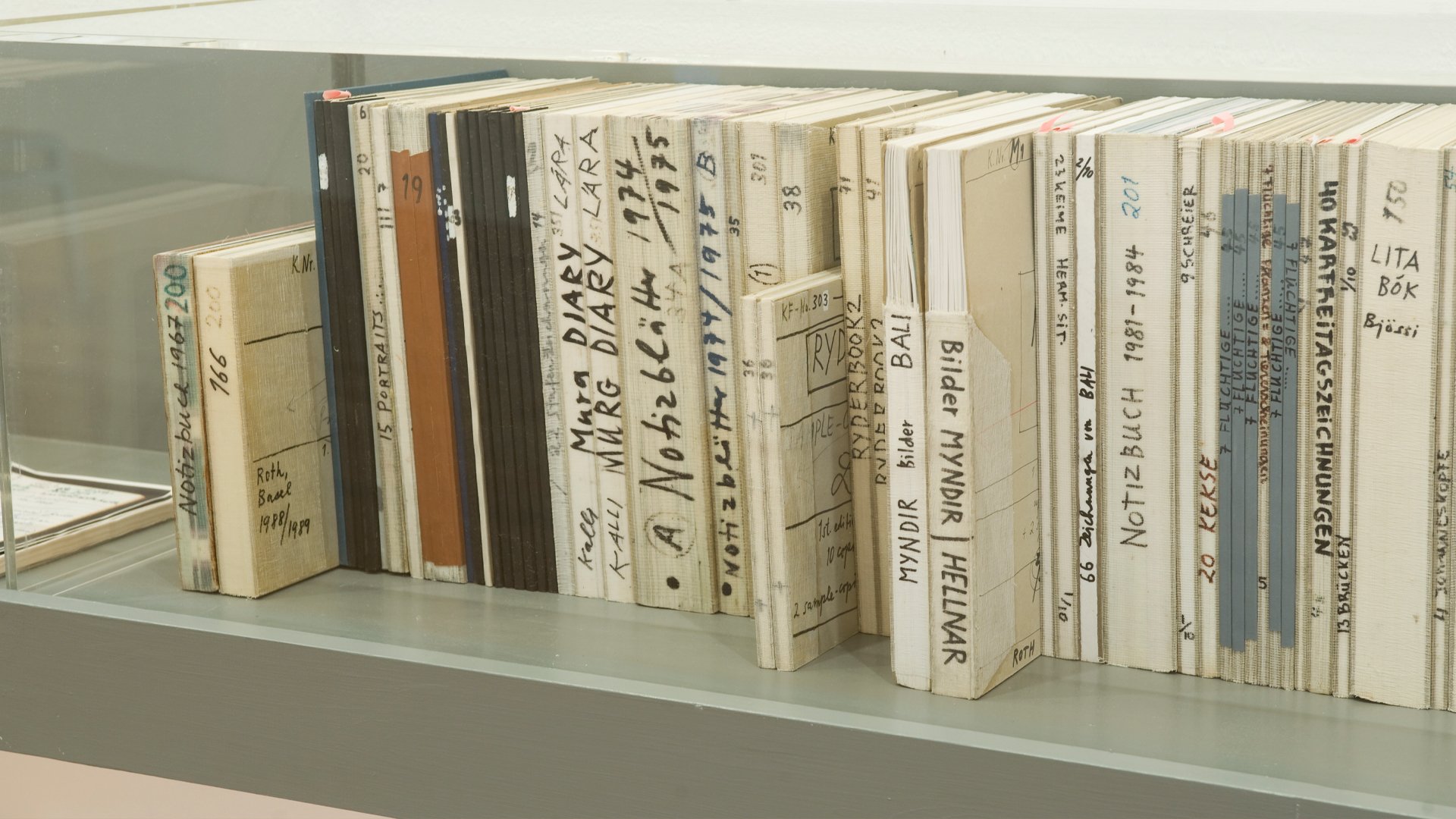 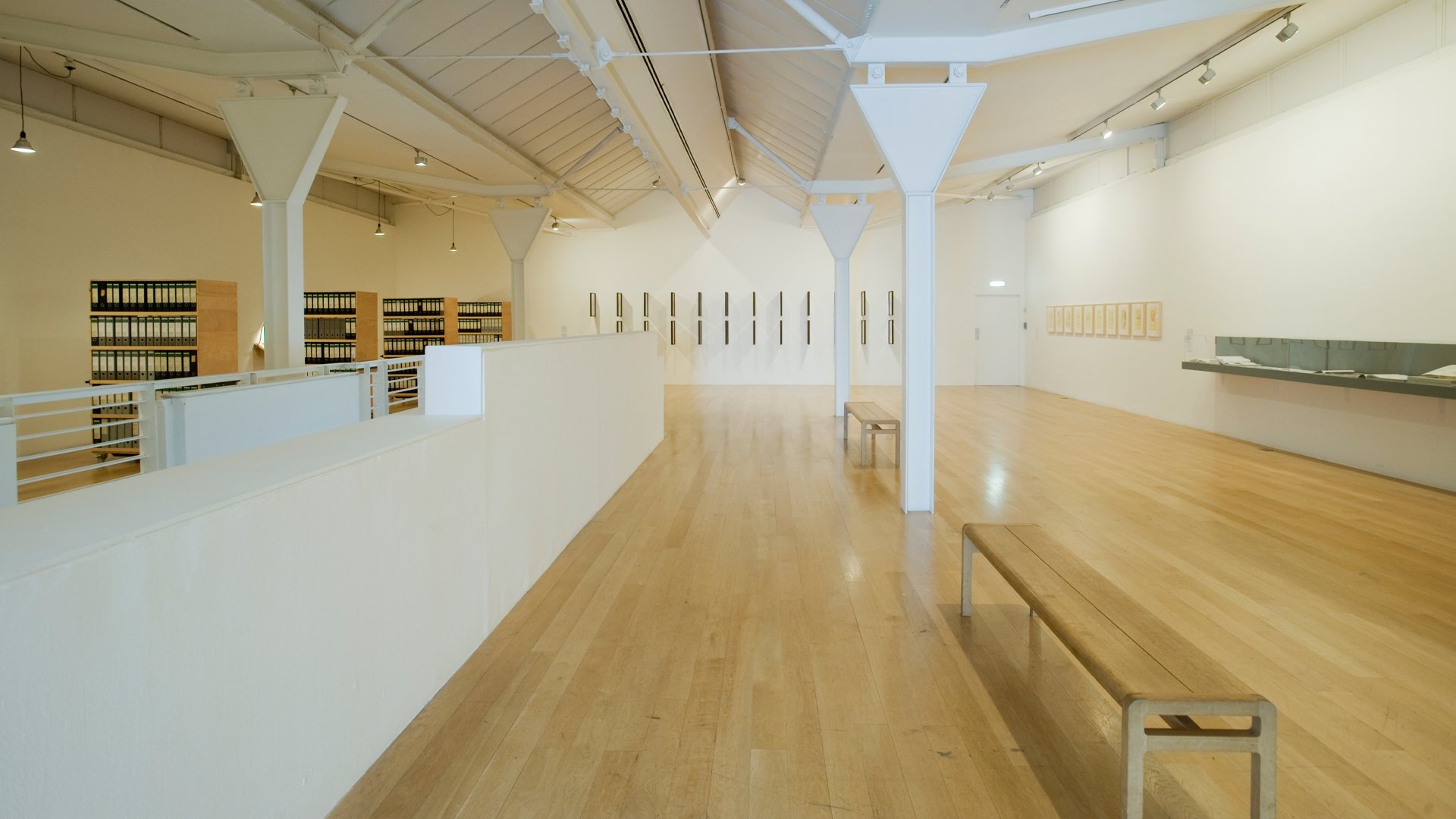 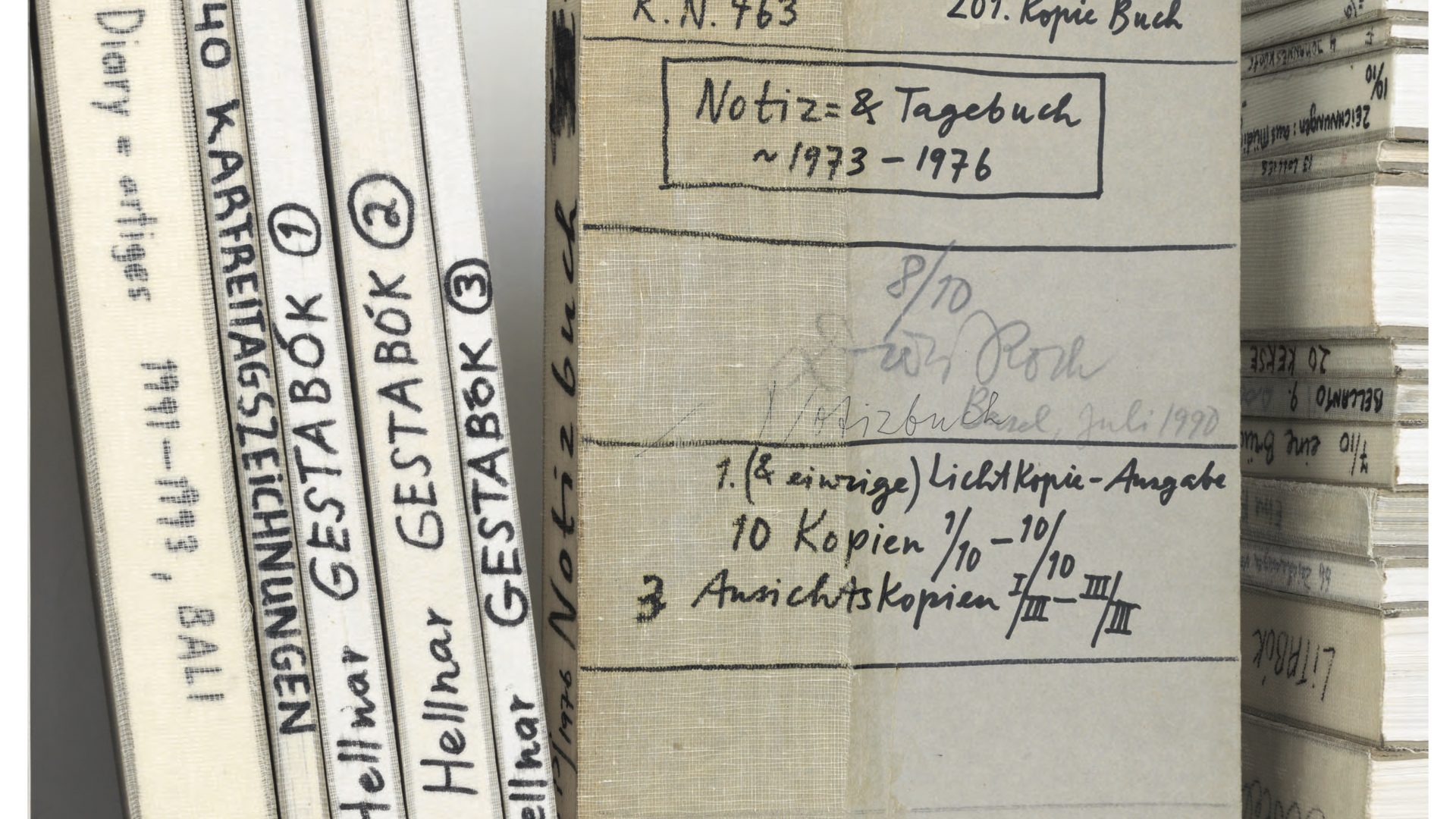 Dieter Roth (1930–98) was an artist of astonishing breadth and diversity, producing books, graphics, drawings, paintings, sculptures, assemblages and installation works. He was also a composer, musician, poet and writer. For Roth, art and life flowed readily into each other and much of the material for his artistic output came from his everyday experiences.

Throughout his life, Roth kept a diary: a space to record appointments, addresses, lists and deadlines but also ideas, drawings, photographs and poems. His diaries teem with graphic exuberance and proved a rich source for his work. The Fruitmarket Gallery was fortunate in being able to show Roth’s diaries to the public for the first time in an exhibition which explored the importance of the idea of diary-keeping in the work of this influential artist.

Many of Roth’s works can be understood as kinds of diaries. In the mid 1970s, he attempted to record a year of his life by collecting and preserving all items of waste less than 5mm thick. The resulting work, Flat Waste, celebrates and subverts the ordering principle of a diary. Solo Scenes, a vast video diary, records the last year of Roth’s life on 128 video monitors.

Although Roth died in 1998, his work remains of interest to artists and audiences alike. He had a particular connection to Edinburgh, having been part of Richard Demarco’s exhibition Strategy Get Arts at the 1970 Edinburgh International Festival. This was the first time his work had been seen in Scotland since.