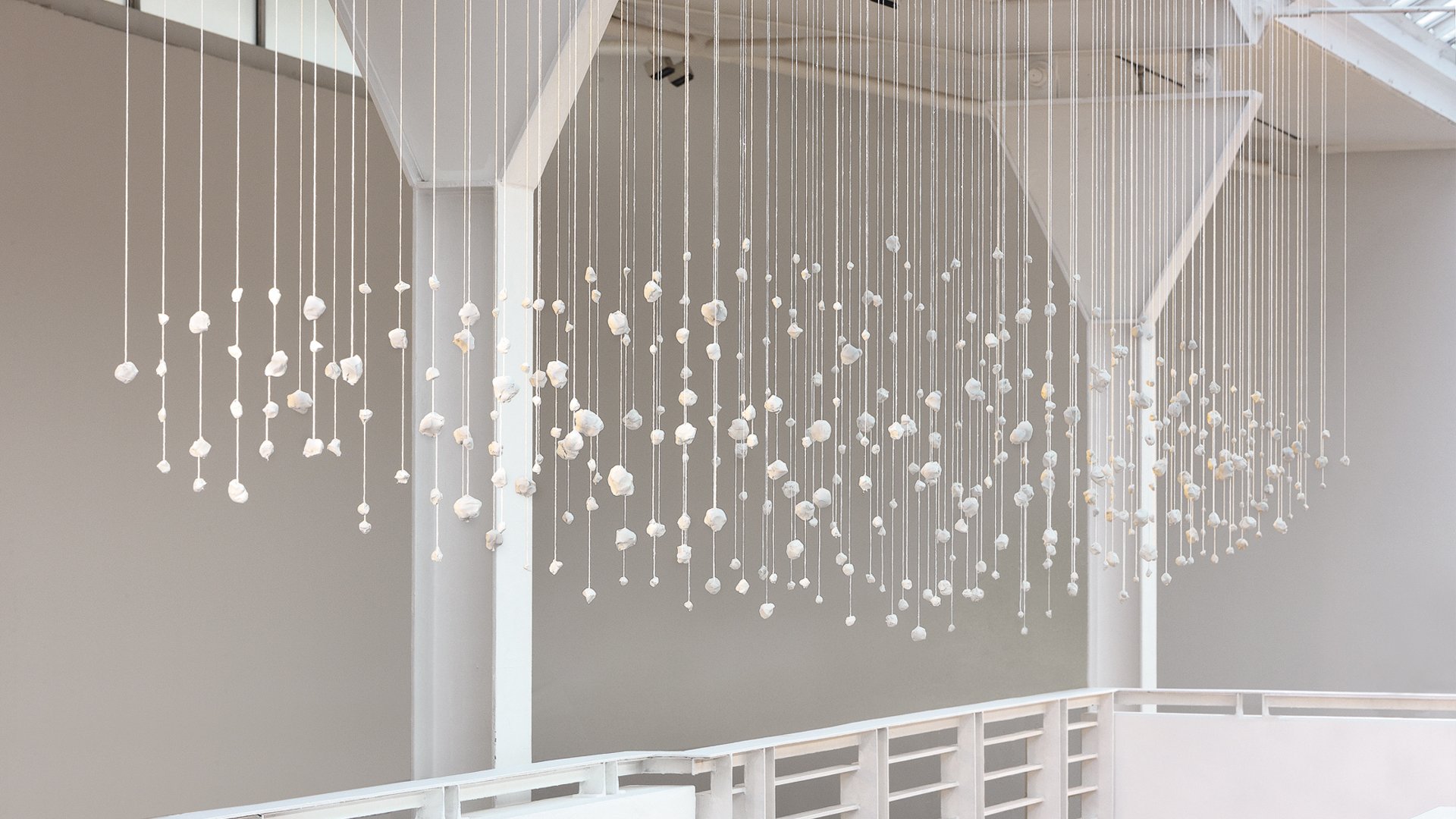 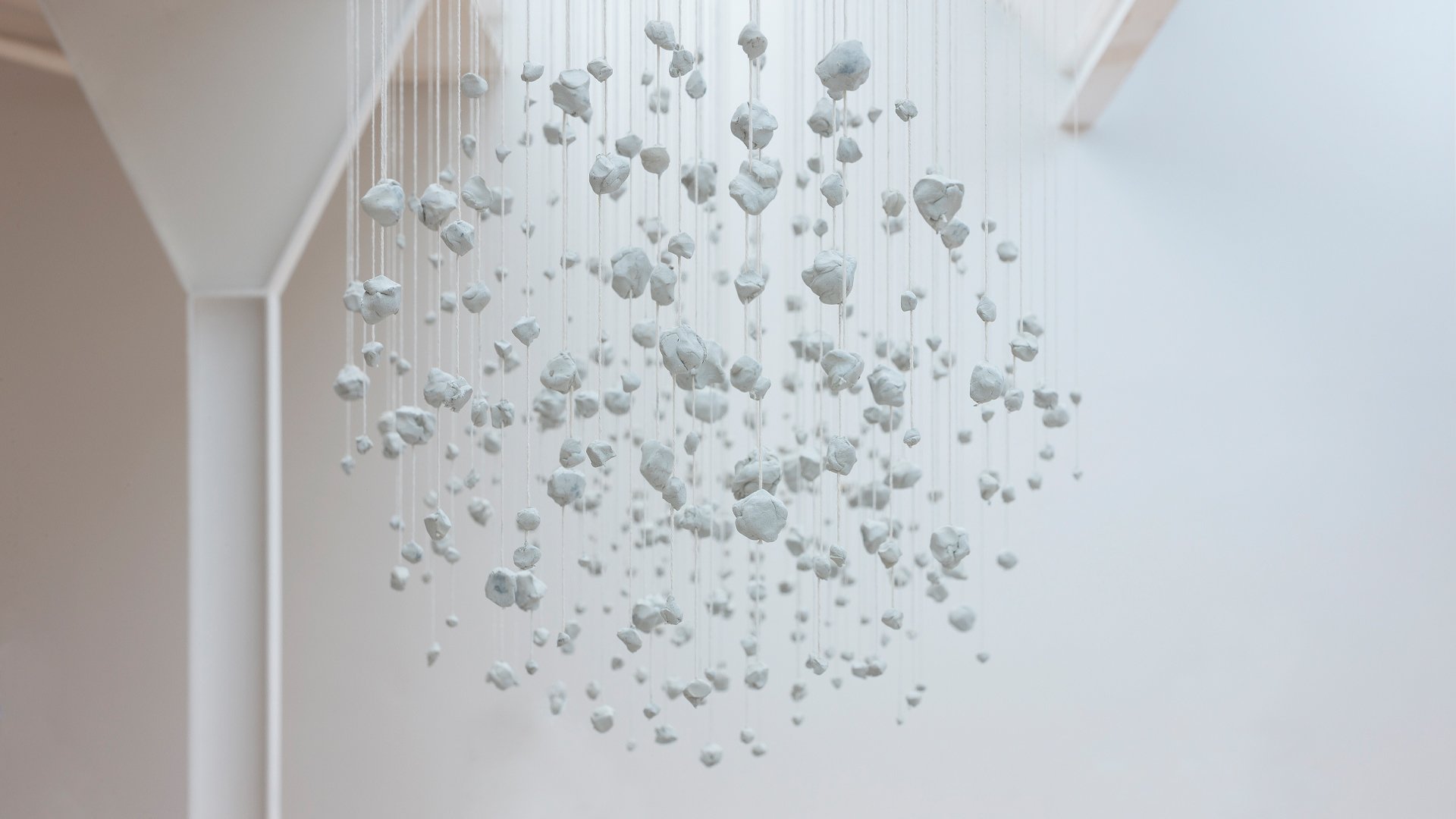 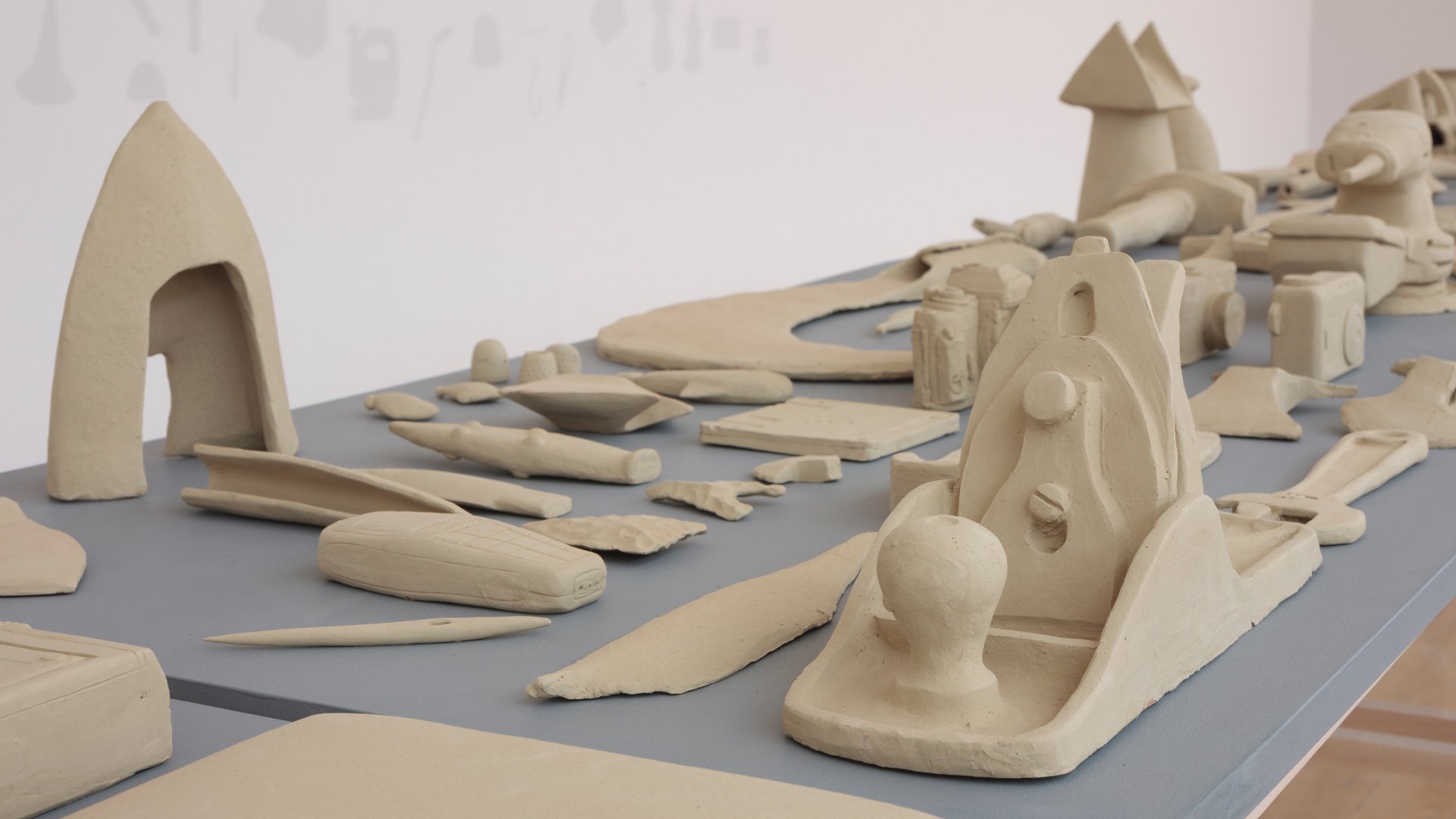 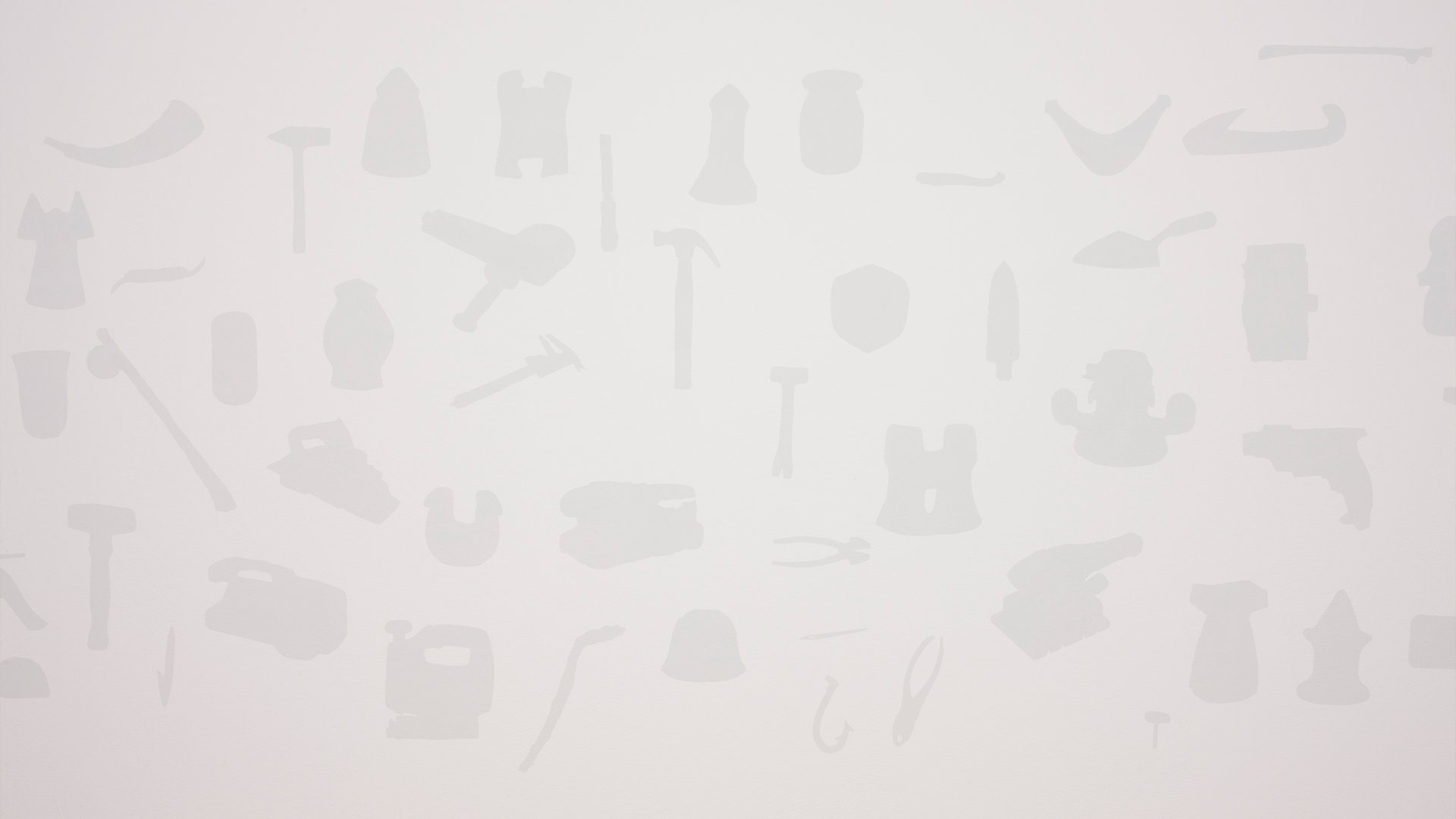 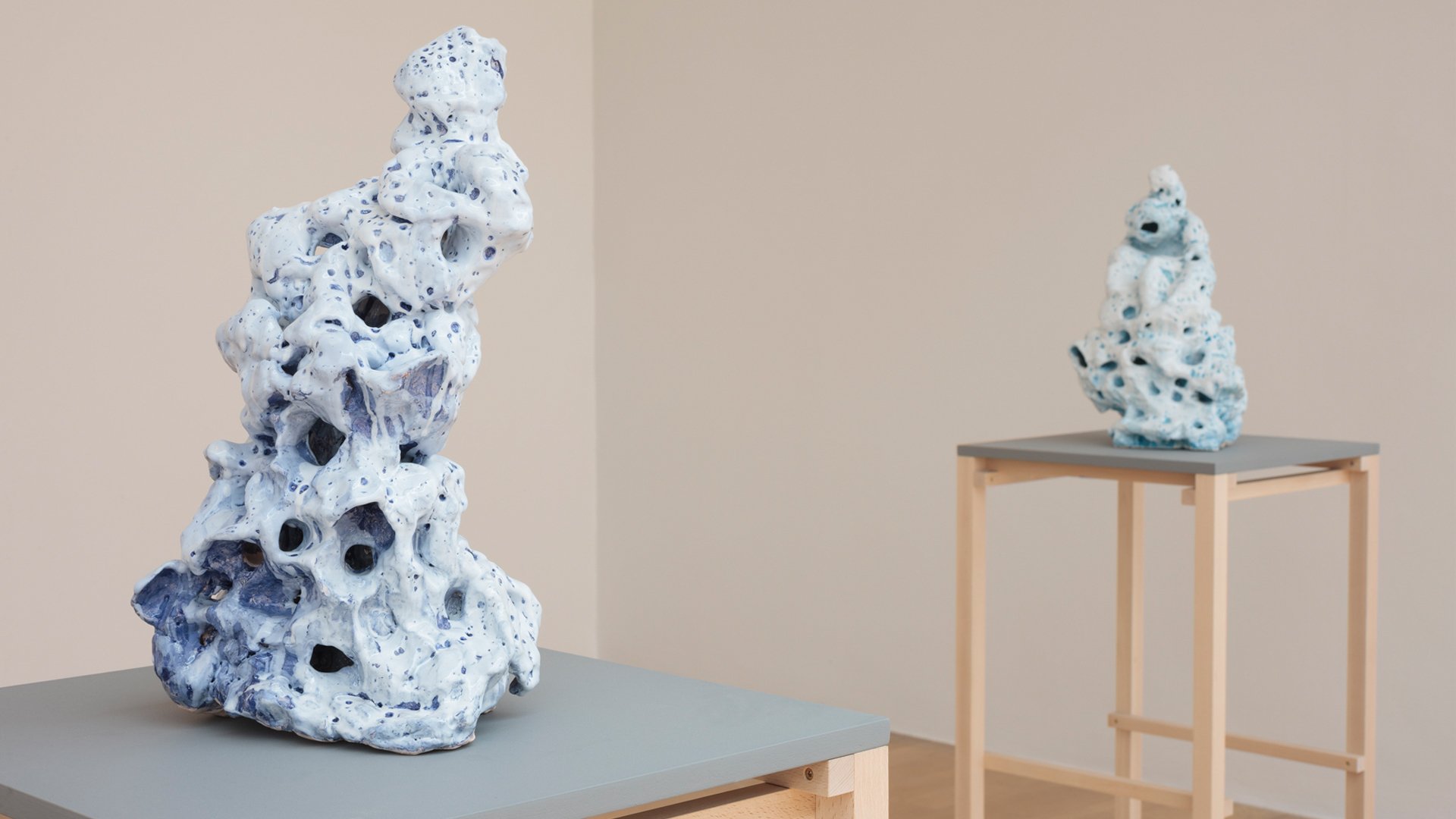 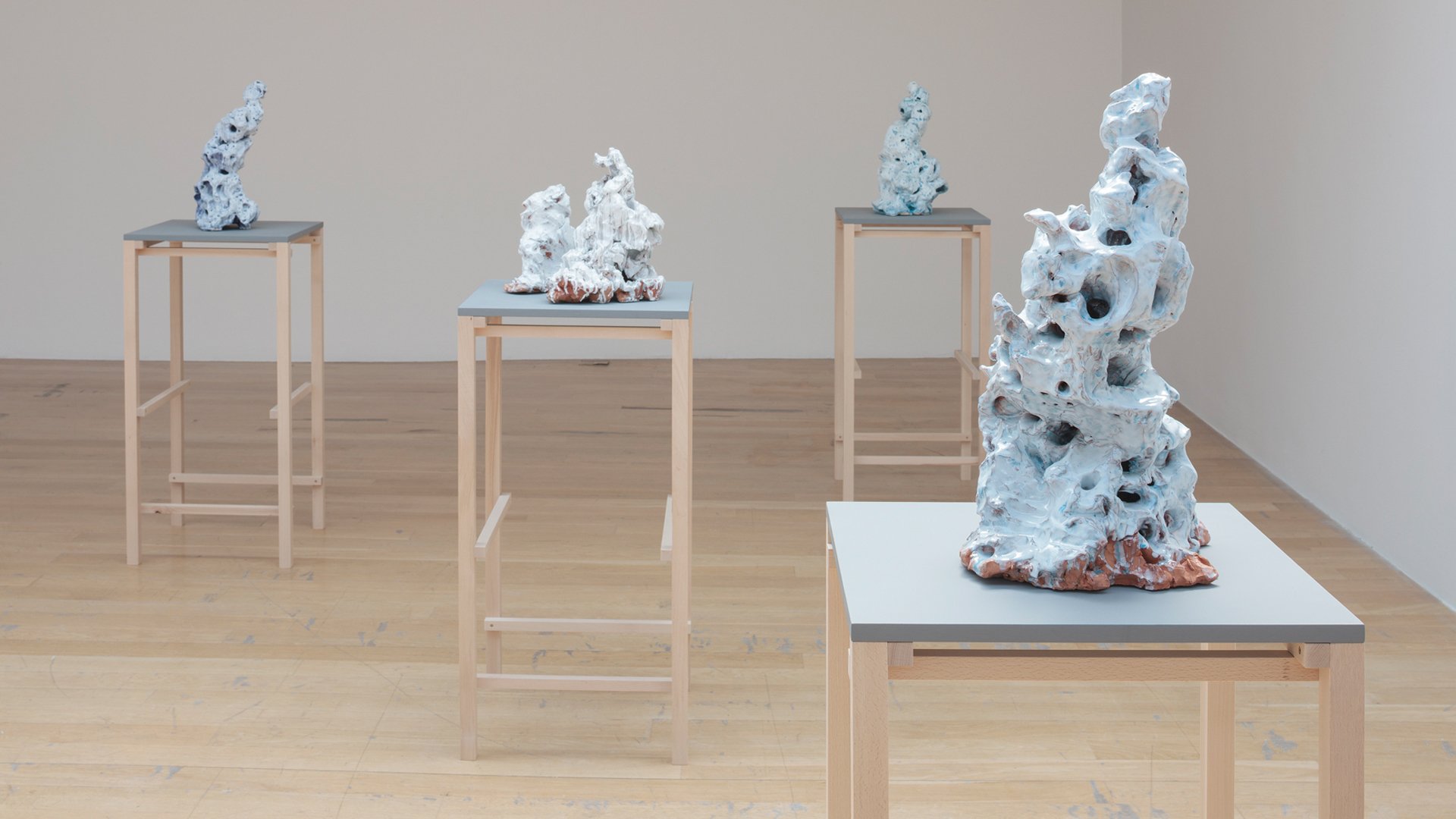 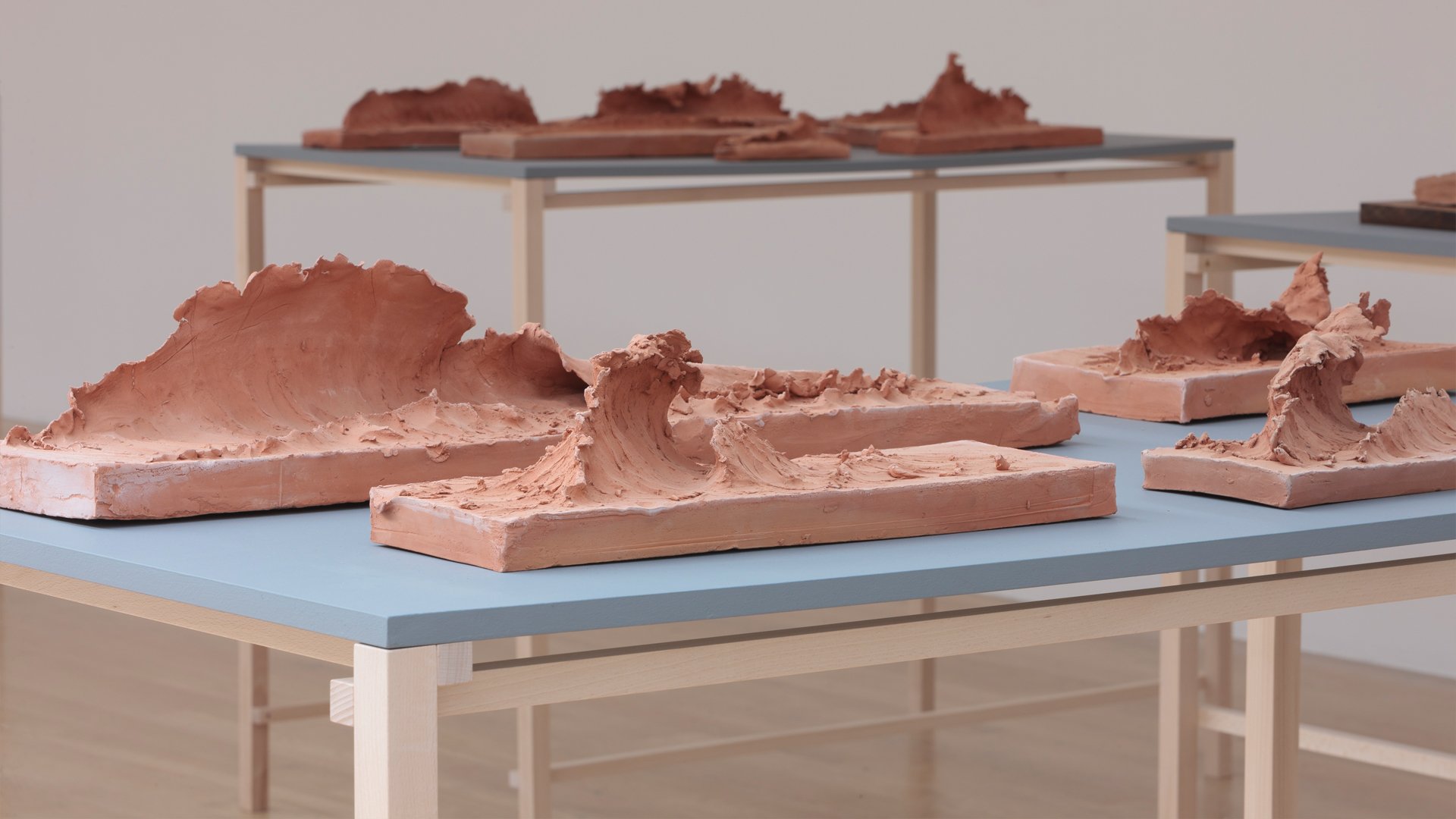 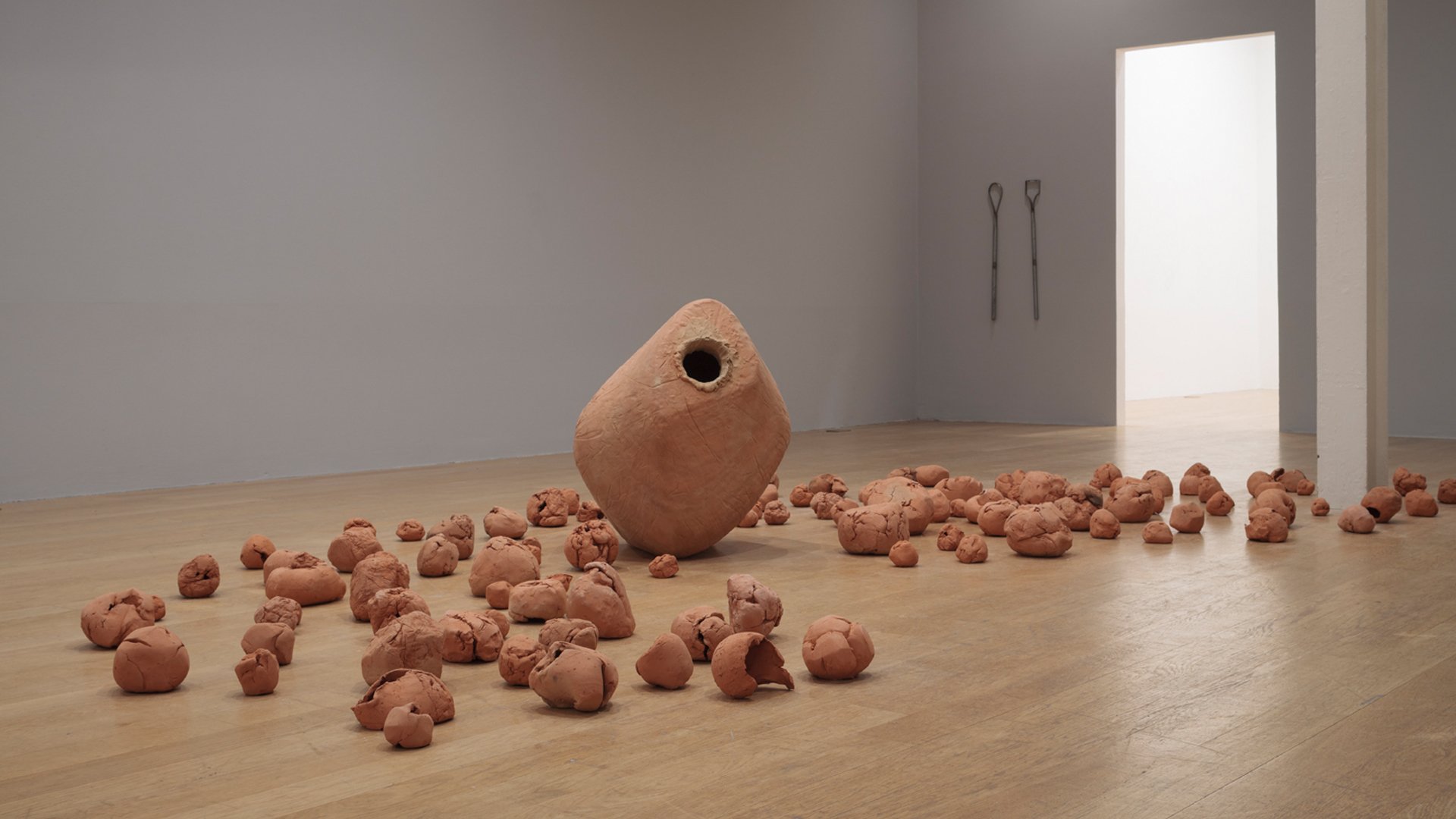 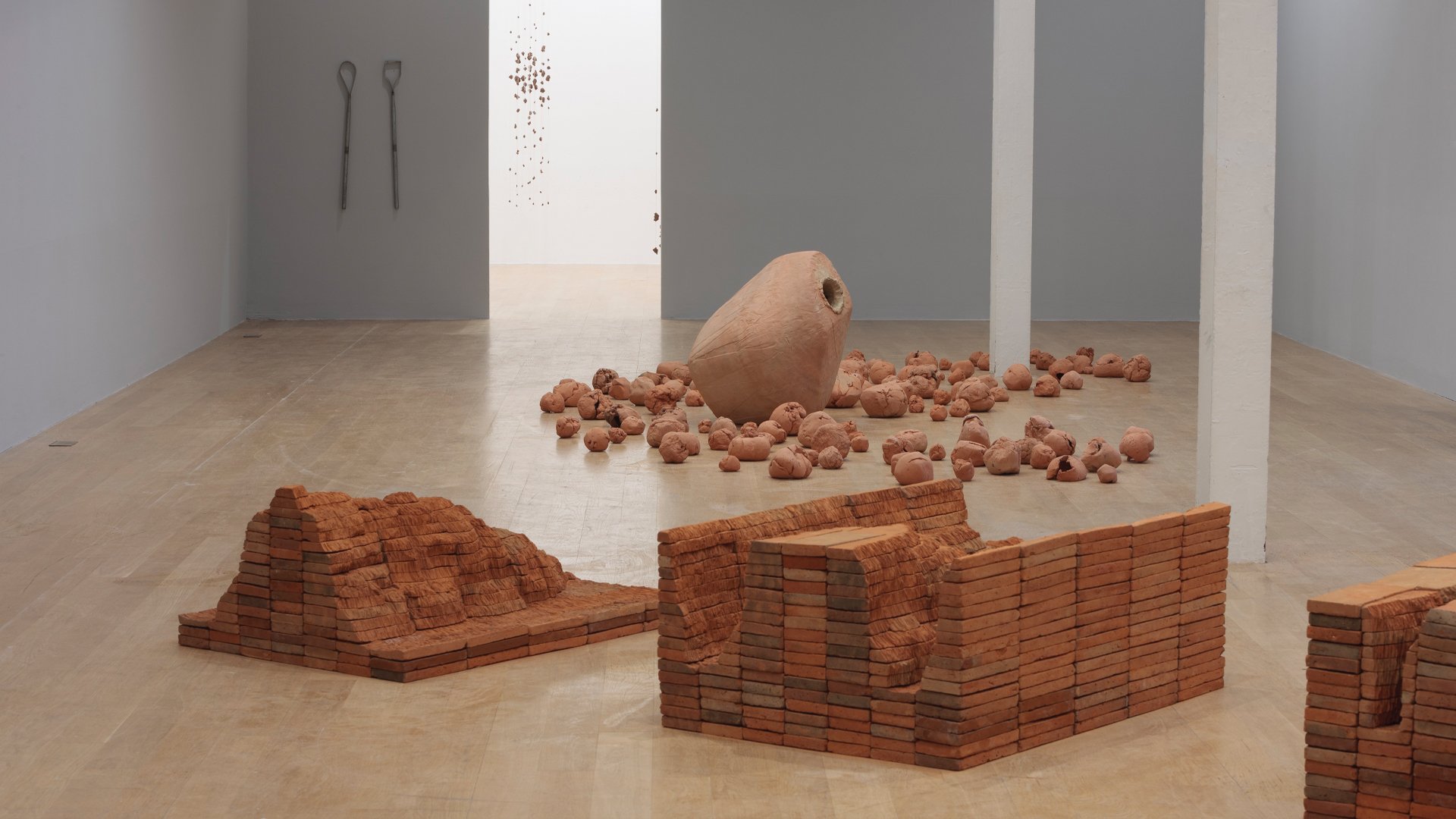 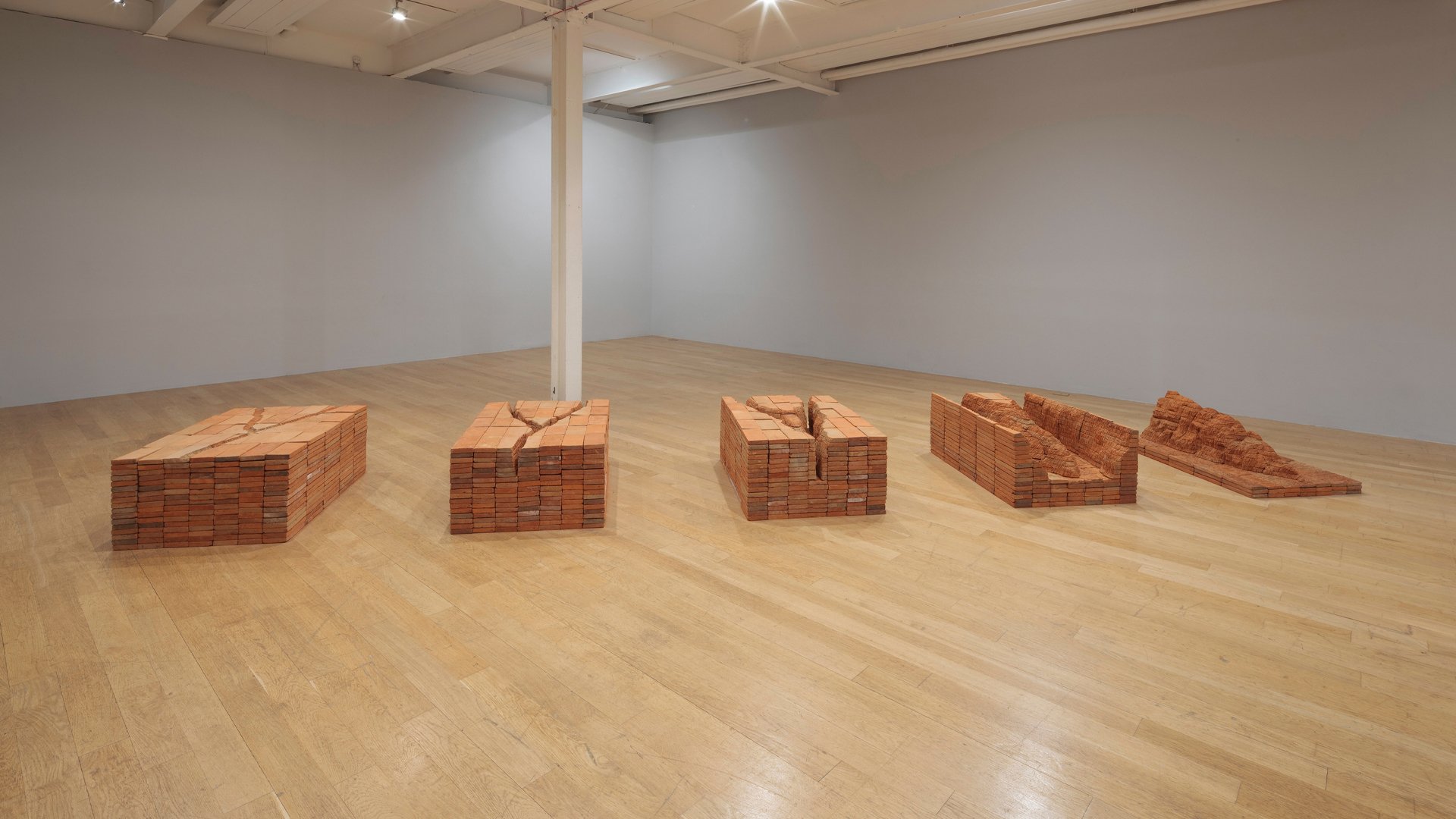 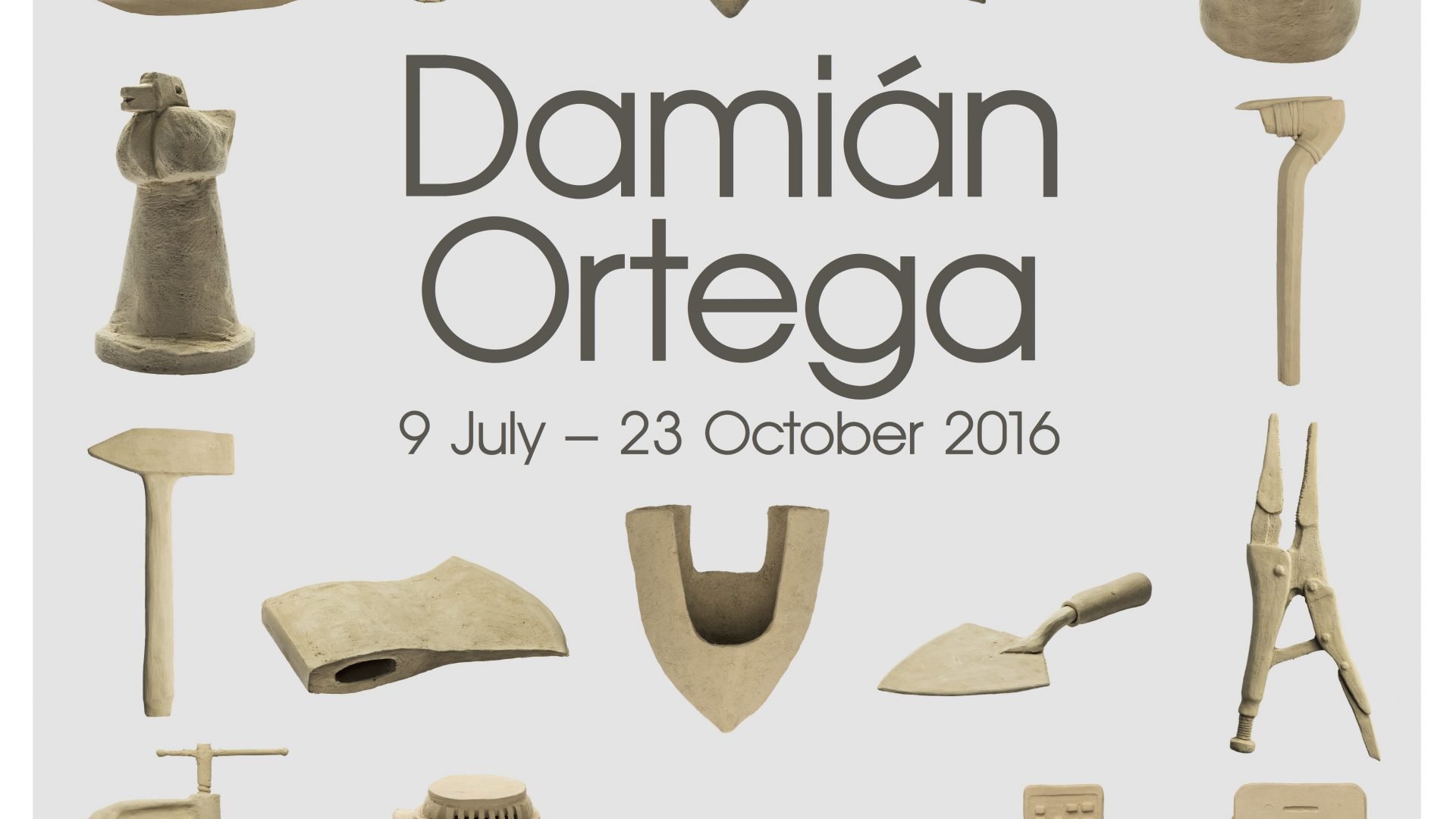 Born in 1967 in Mexico City, Damián Ortega is one of the most prominent artists of the new Mexican generation. His work prioritises action over object, seeking to call attention to the dynamism of the world around us, and the hidden poetry in the everyday. For The Fruitmarket Gallery’s summer exhibition, Ortega made new sculptures focusing on how the forces of nature – wind, water, earth and fire – act on the earth both independently of and in relationship to humankind.

The works in the exhibition were predominantly made from clay, the most elemental of materials. Ortega uses clay to form waves, sculpt icebergs and to track the eroding power of a river on a sequence of plains made from brick. He shows us the sculptural agency of nature and also of mankind, looking at how the landscape has shaped itself but also at how mankind’s attempts to harness the land to our own purpose have played a part in the state of the world now.

A major new sculpture presented a bewildering array of tools, made from seemingly unfired clay and laid out on tables as if they had just been unearthed in an archaeological dig. The tools moved from the most ‘primitive’ to the most ‘sophisticated’, from representations of flint arrowheads to clay facsimiles of mobile phones in a work that was both a celebration of the skill that sets us apart from other animals and a visual history of our exploitation of the natural world.

Ortega showed us clay as matter, as energy, as power. His is a restless imagination and the exhibition turned The Fruitmarket Gallery into an arena for the investigation of a world in flux.