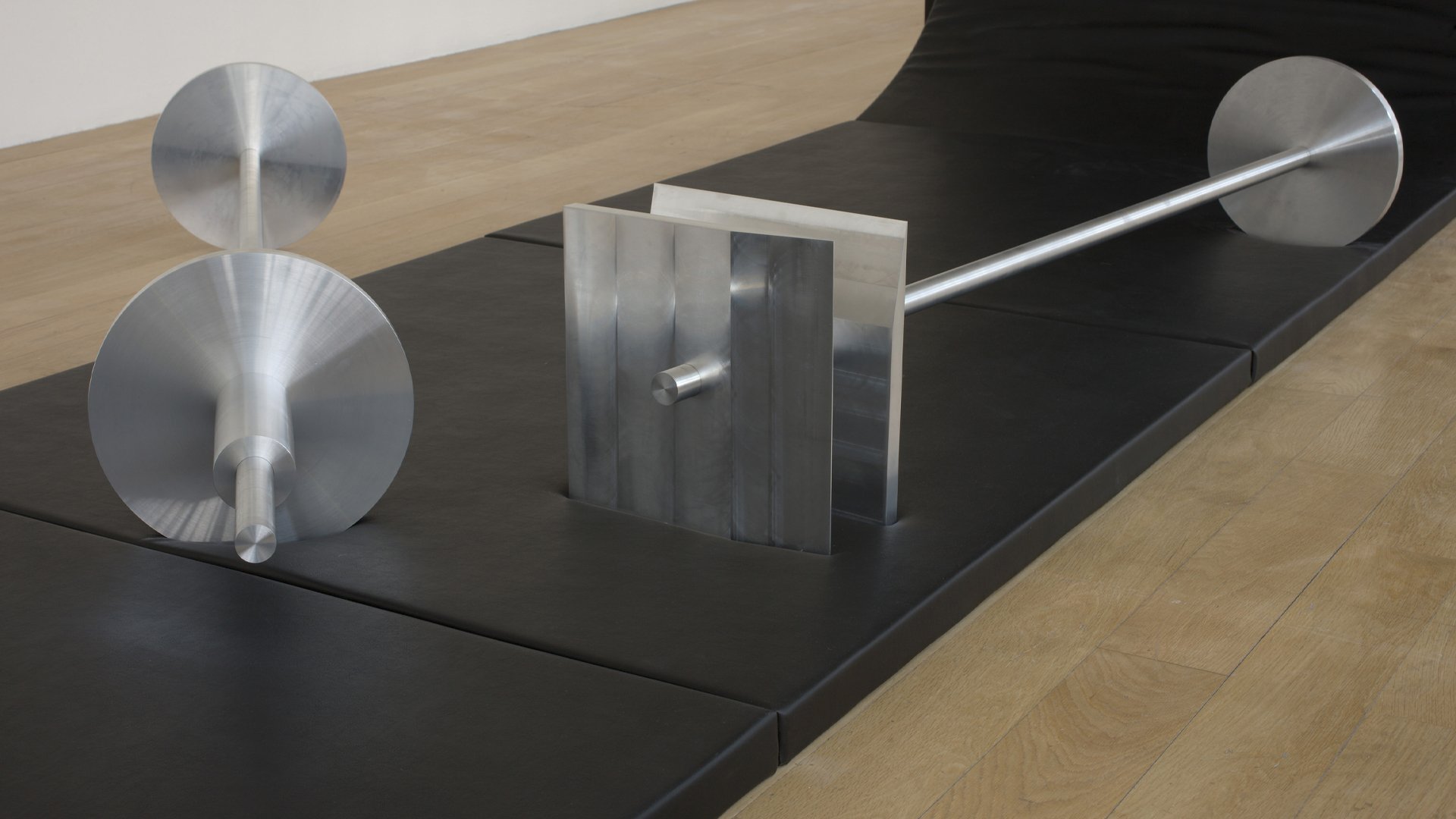 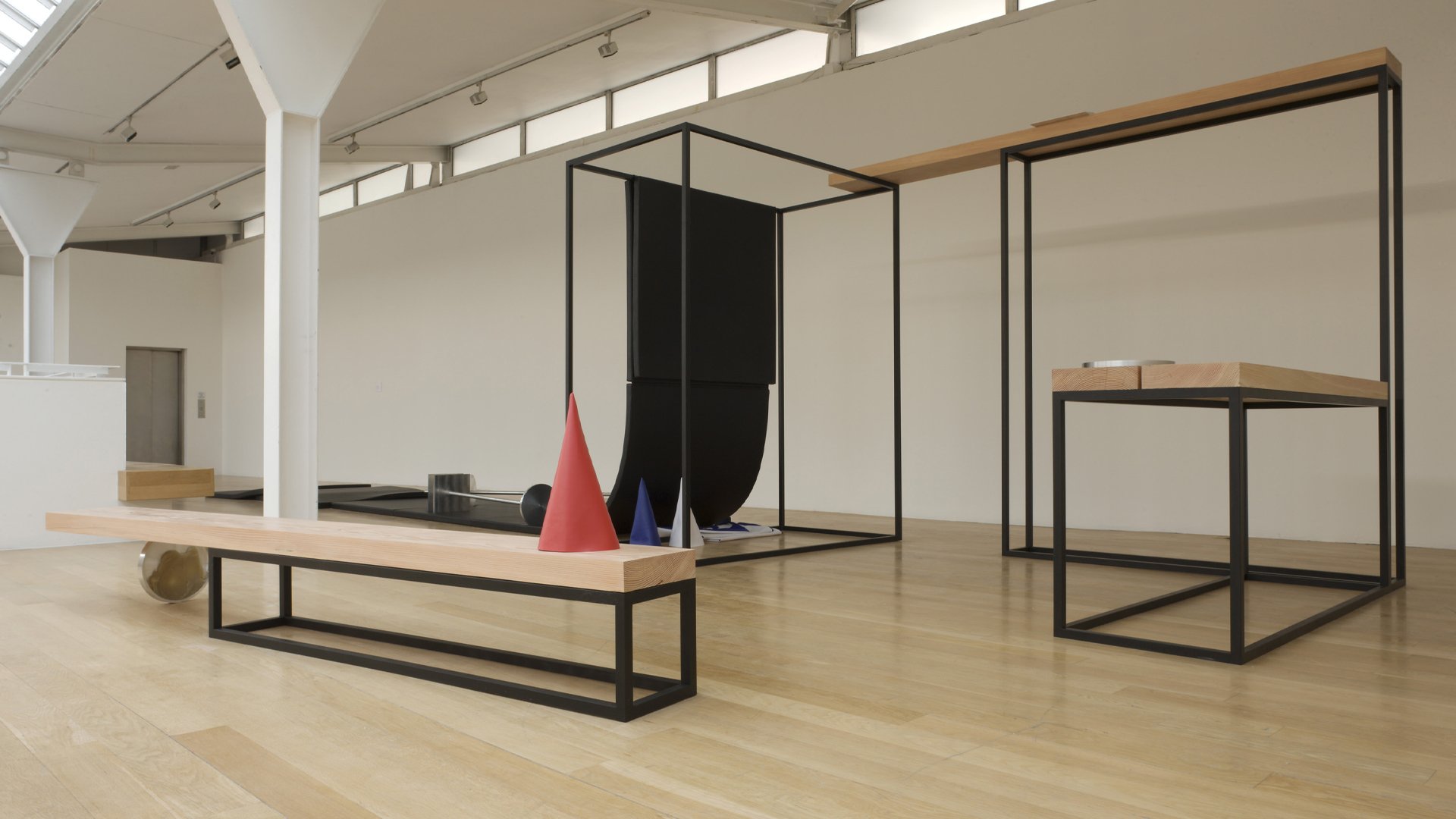 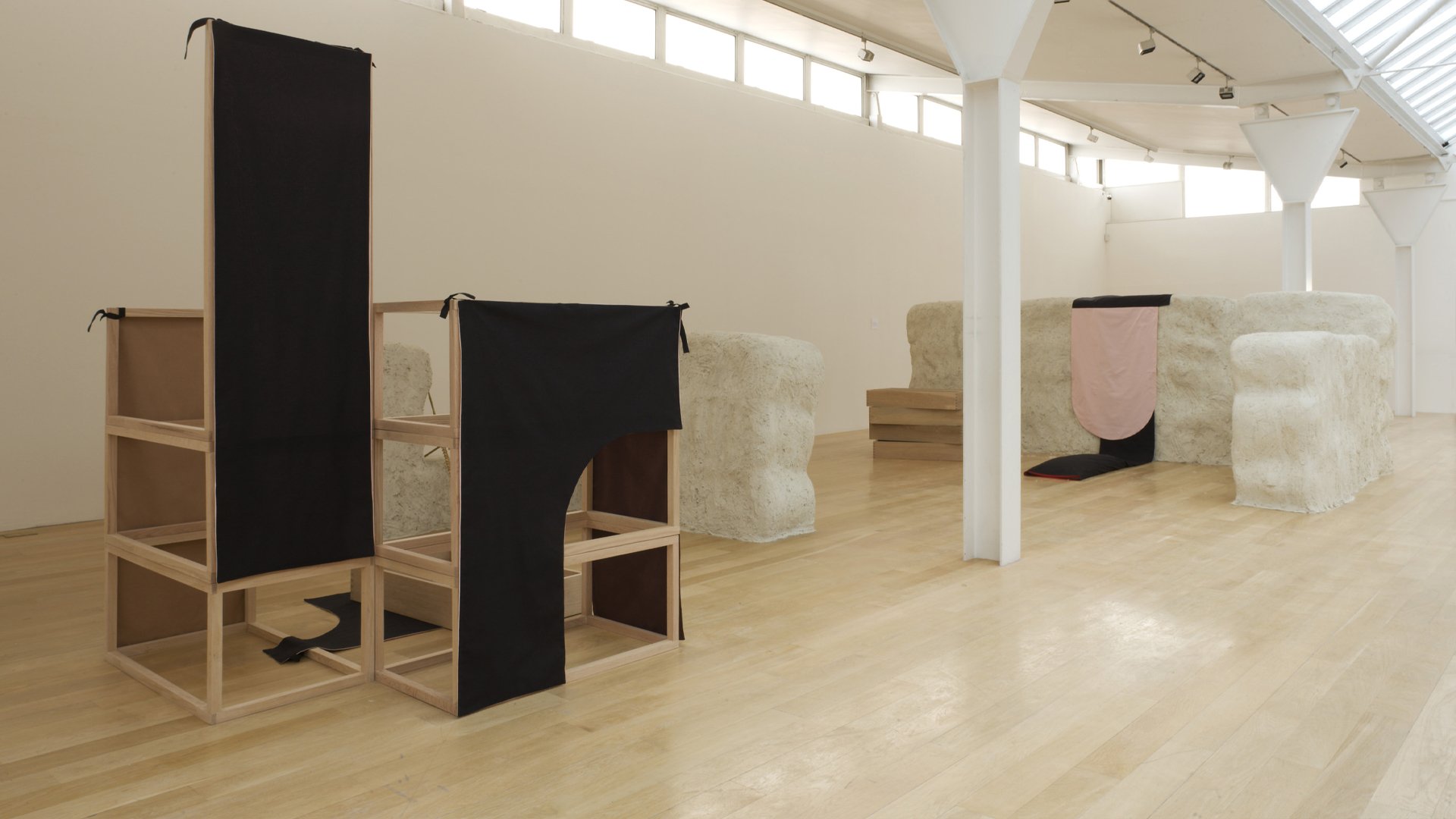 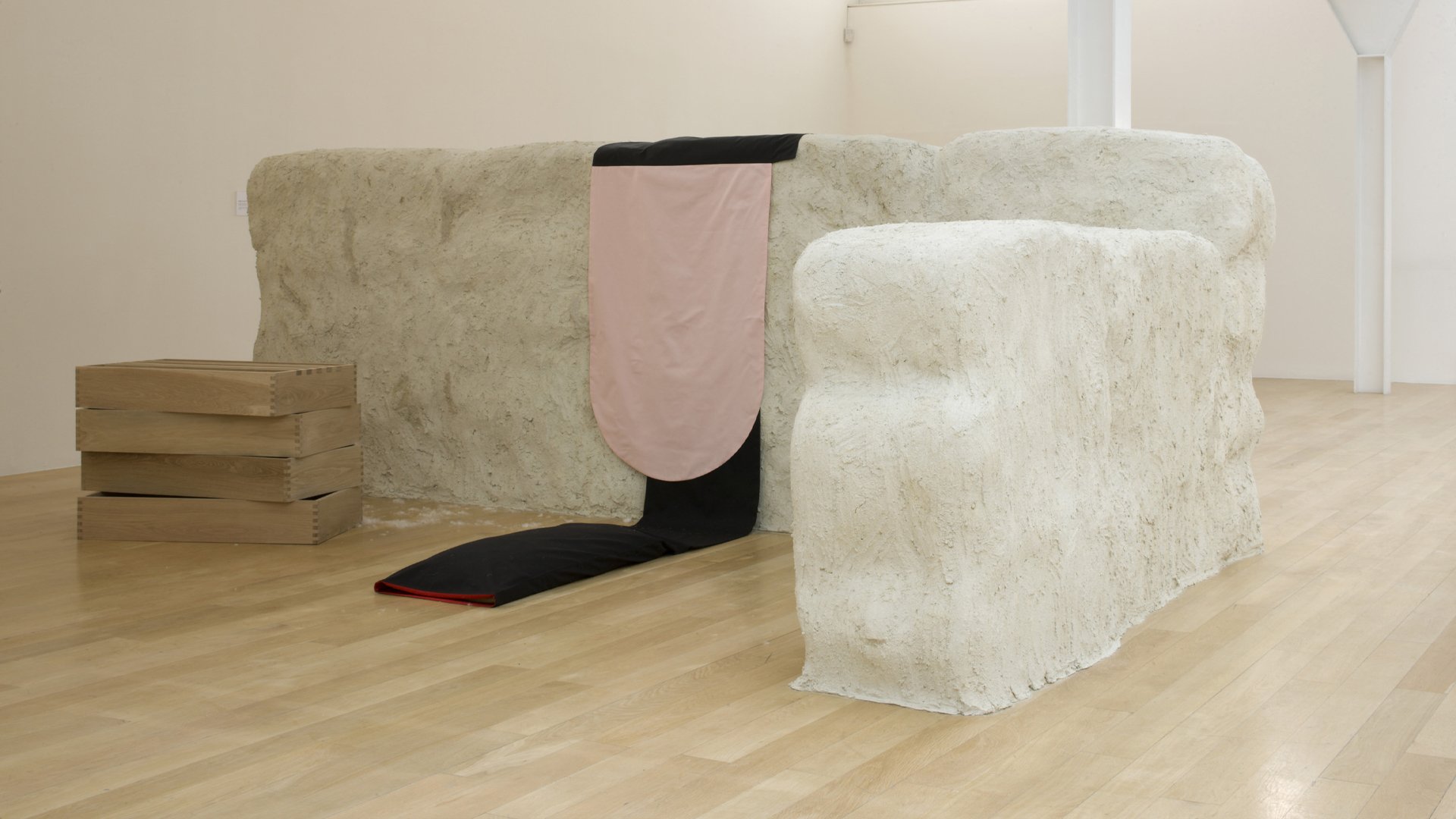 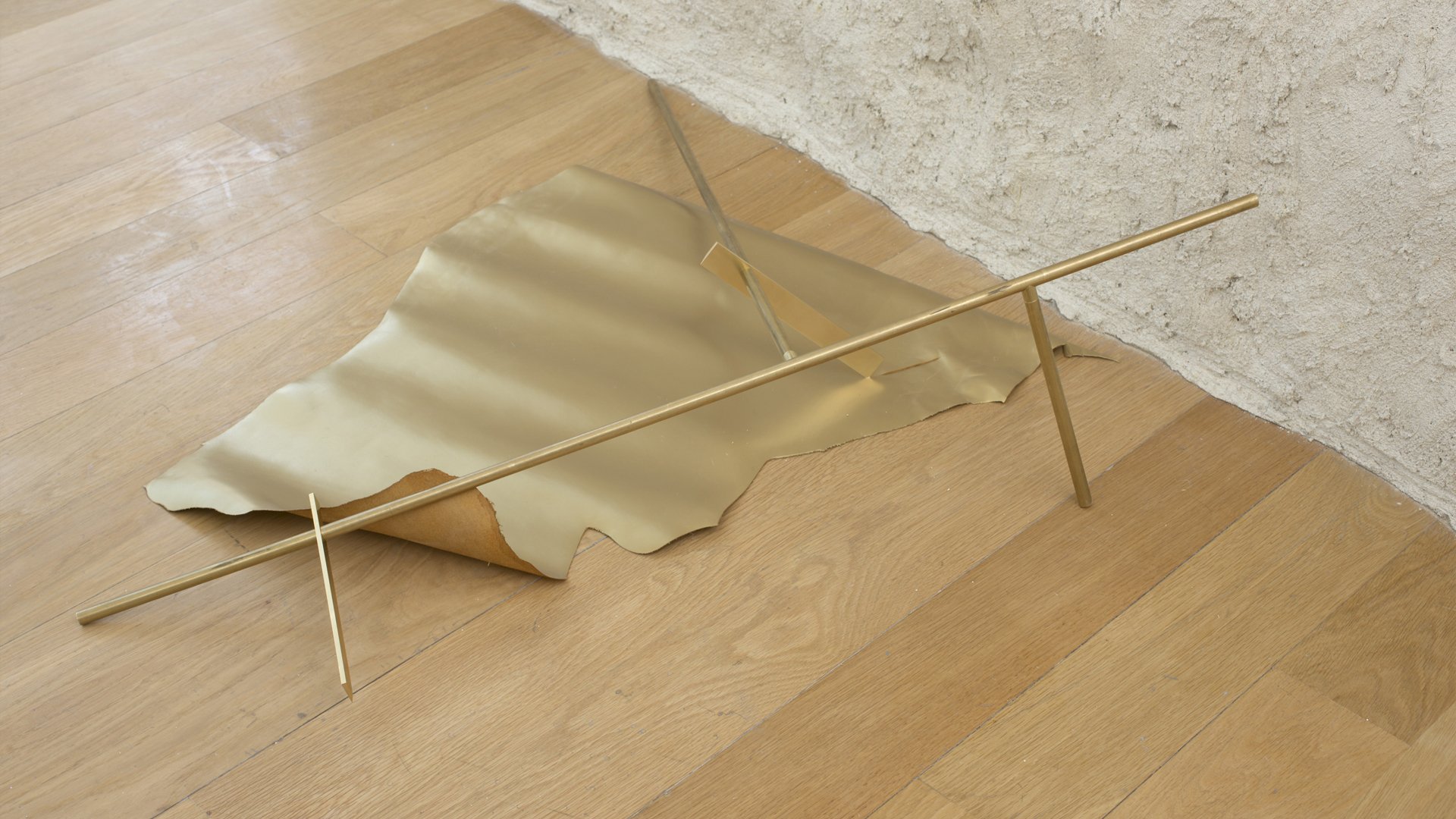 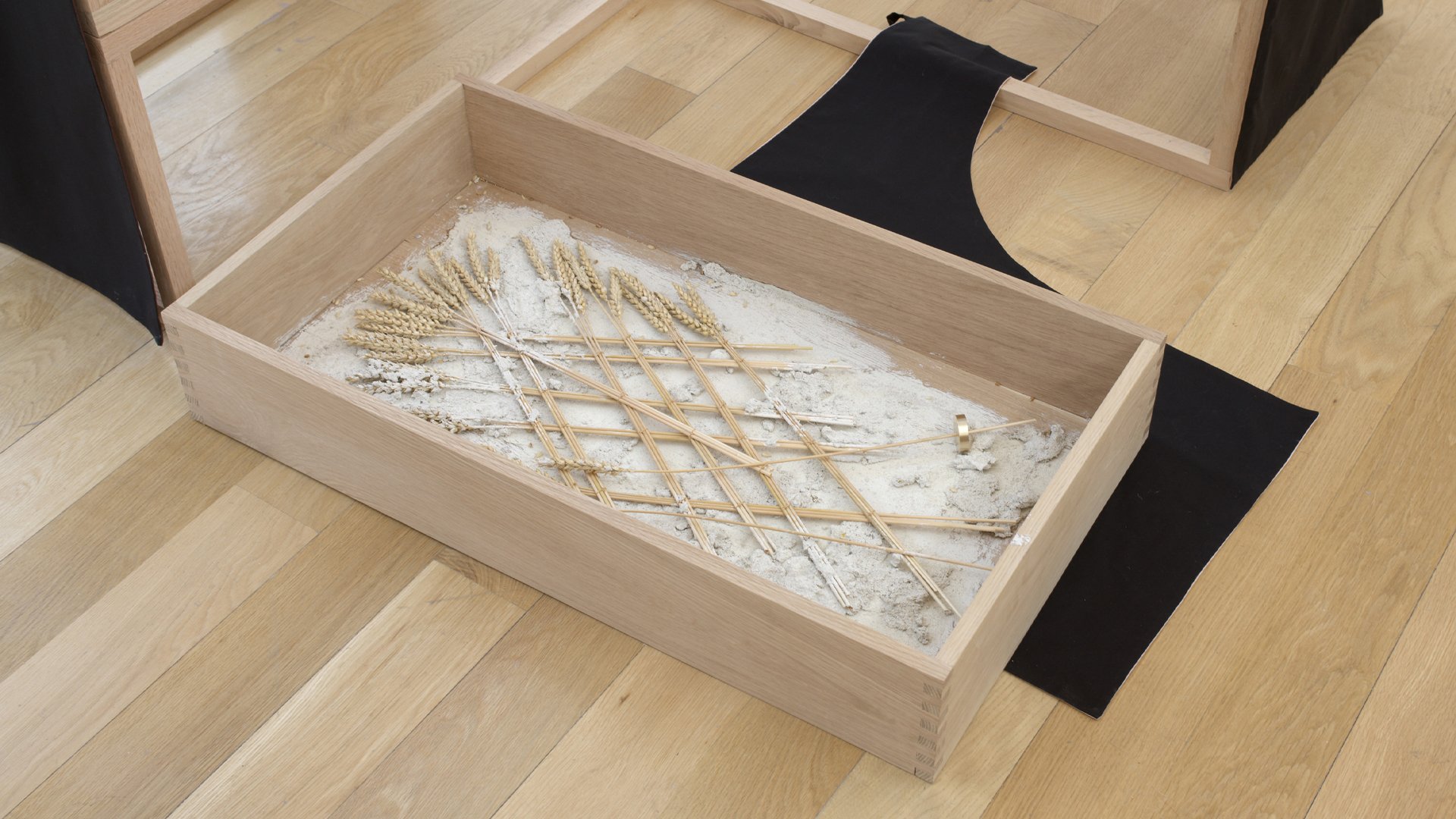 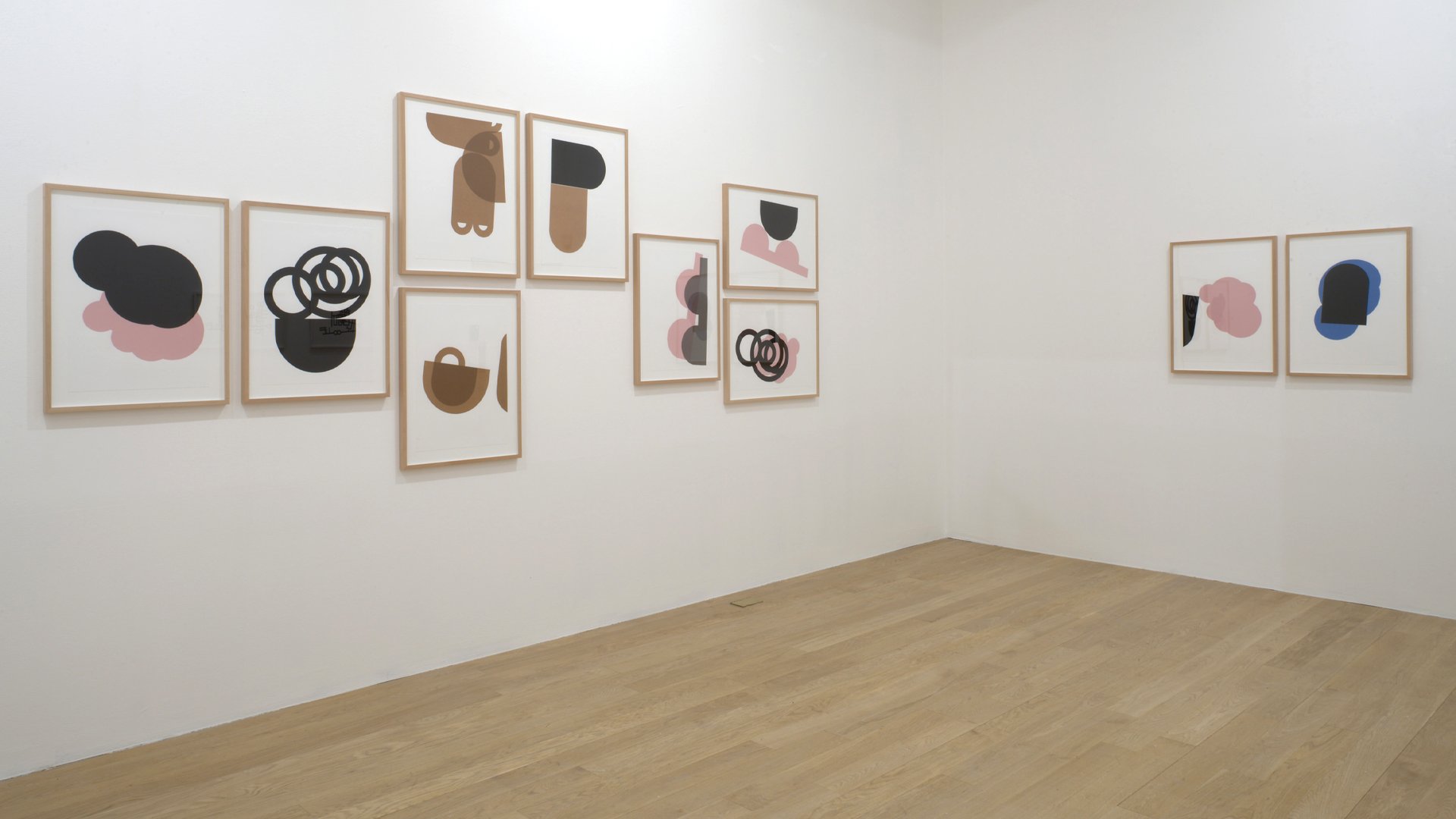 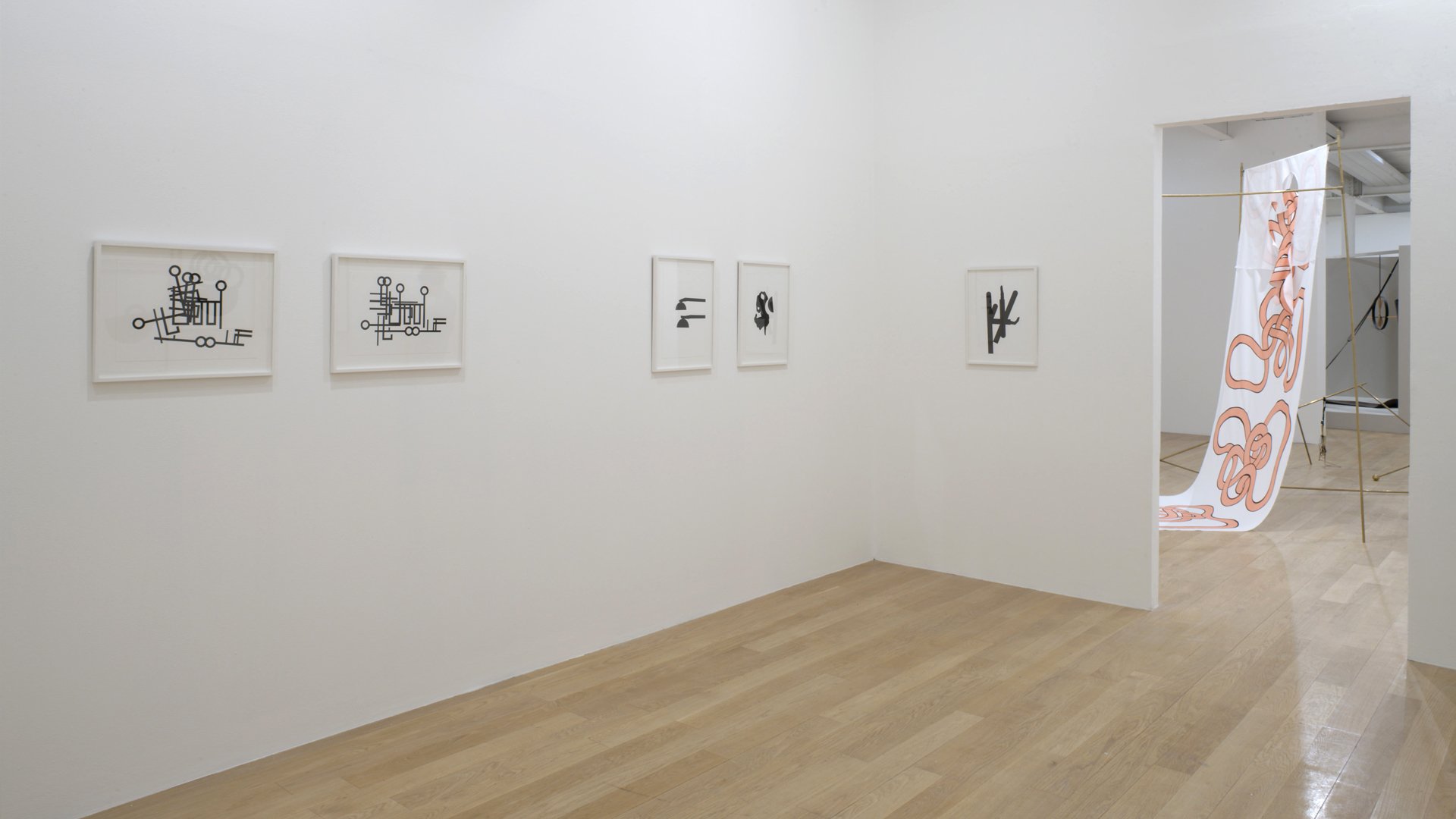 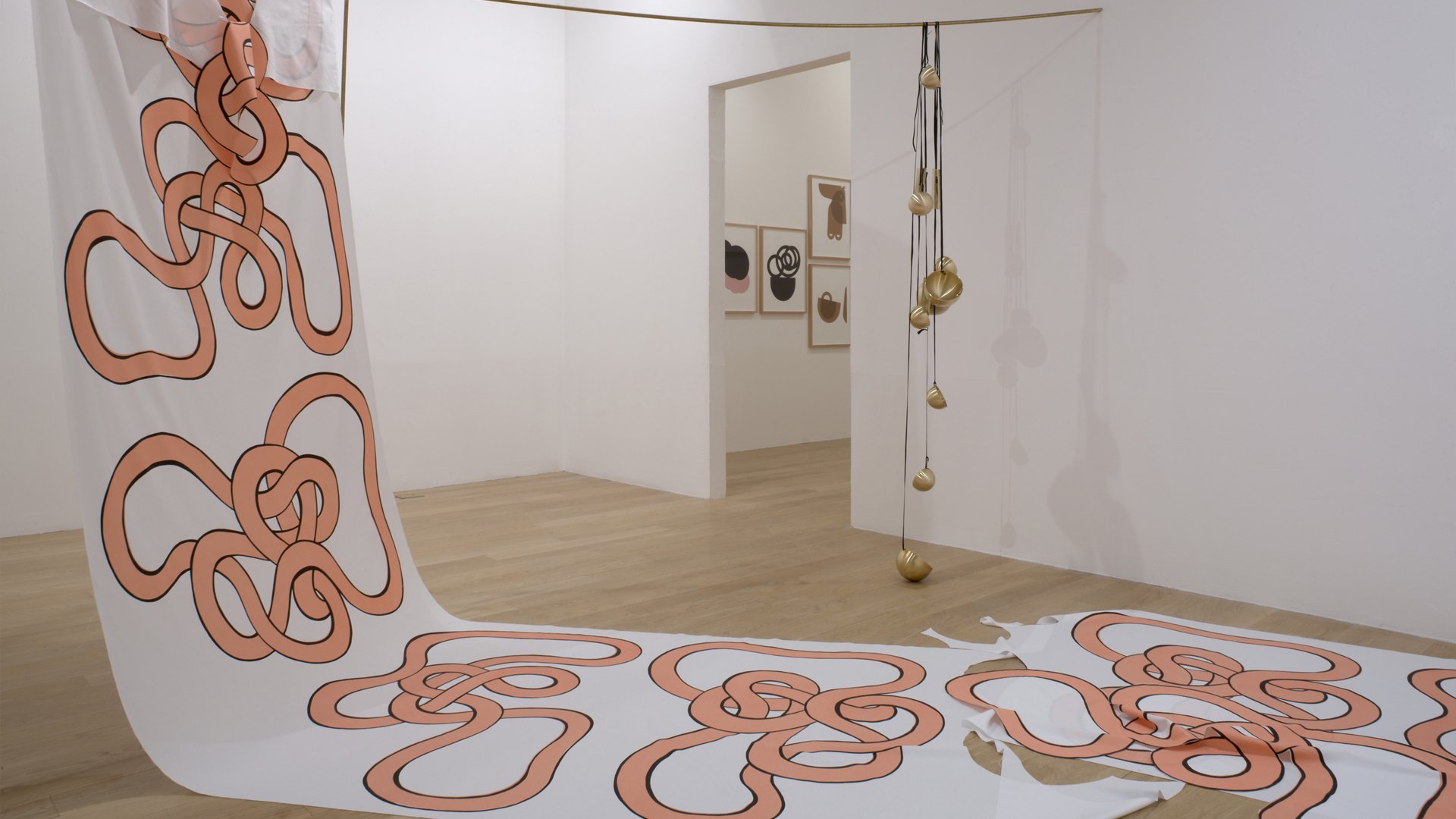 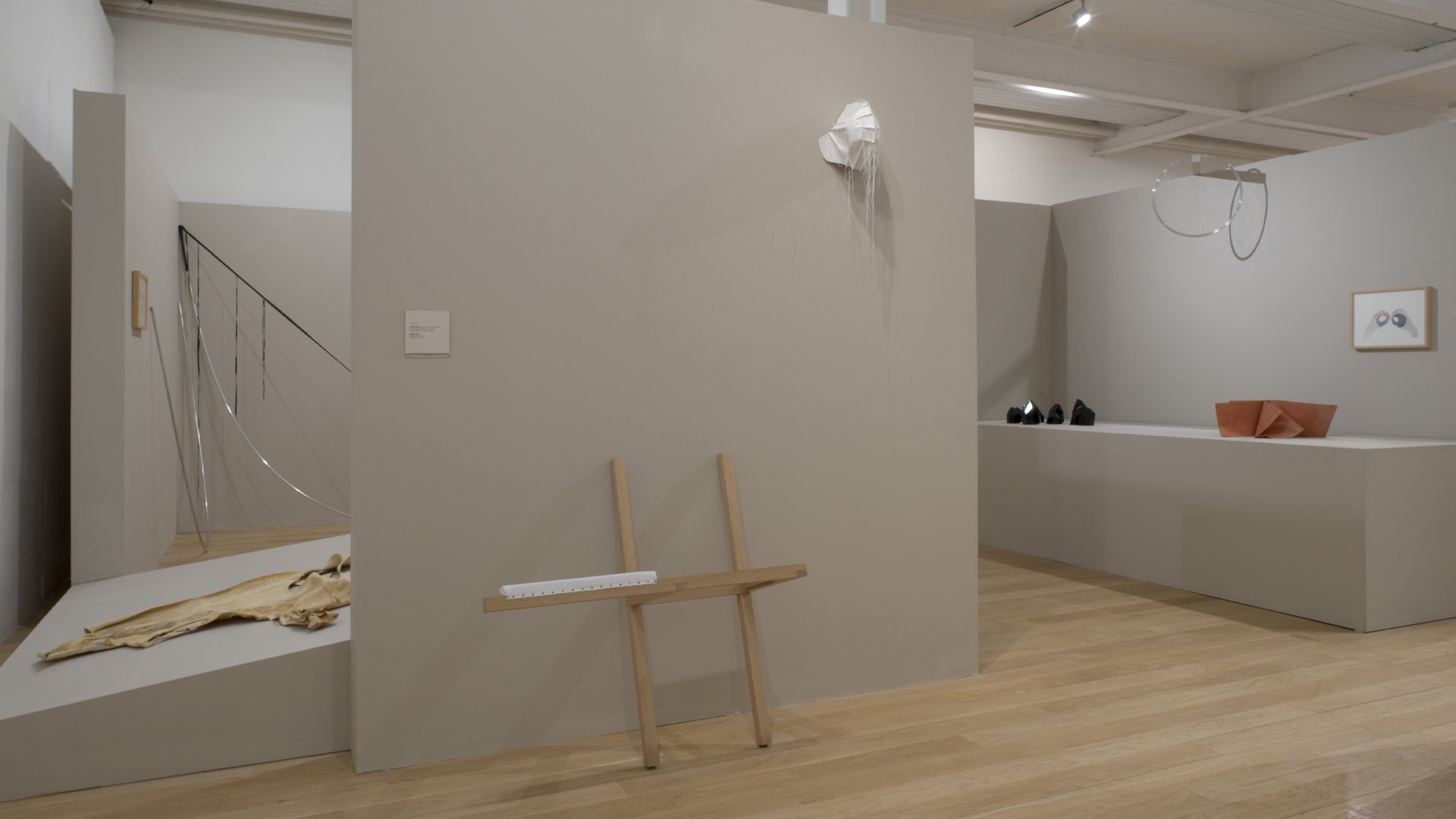 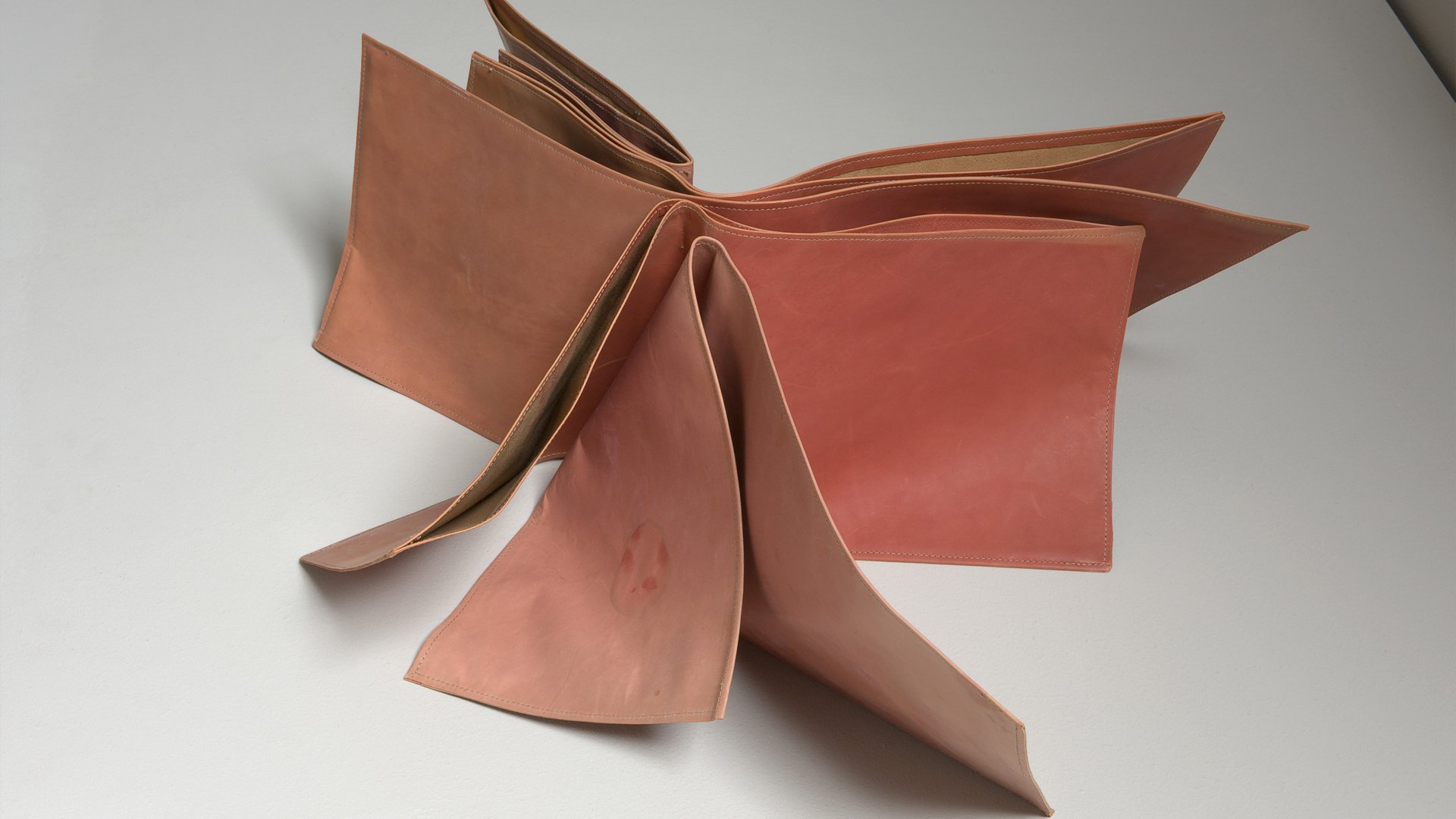 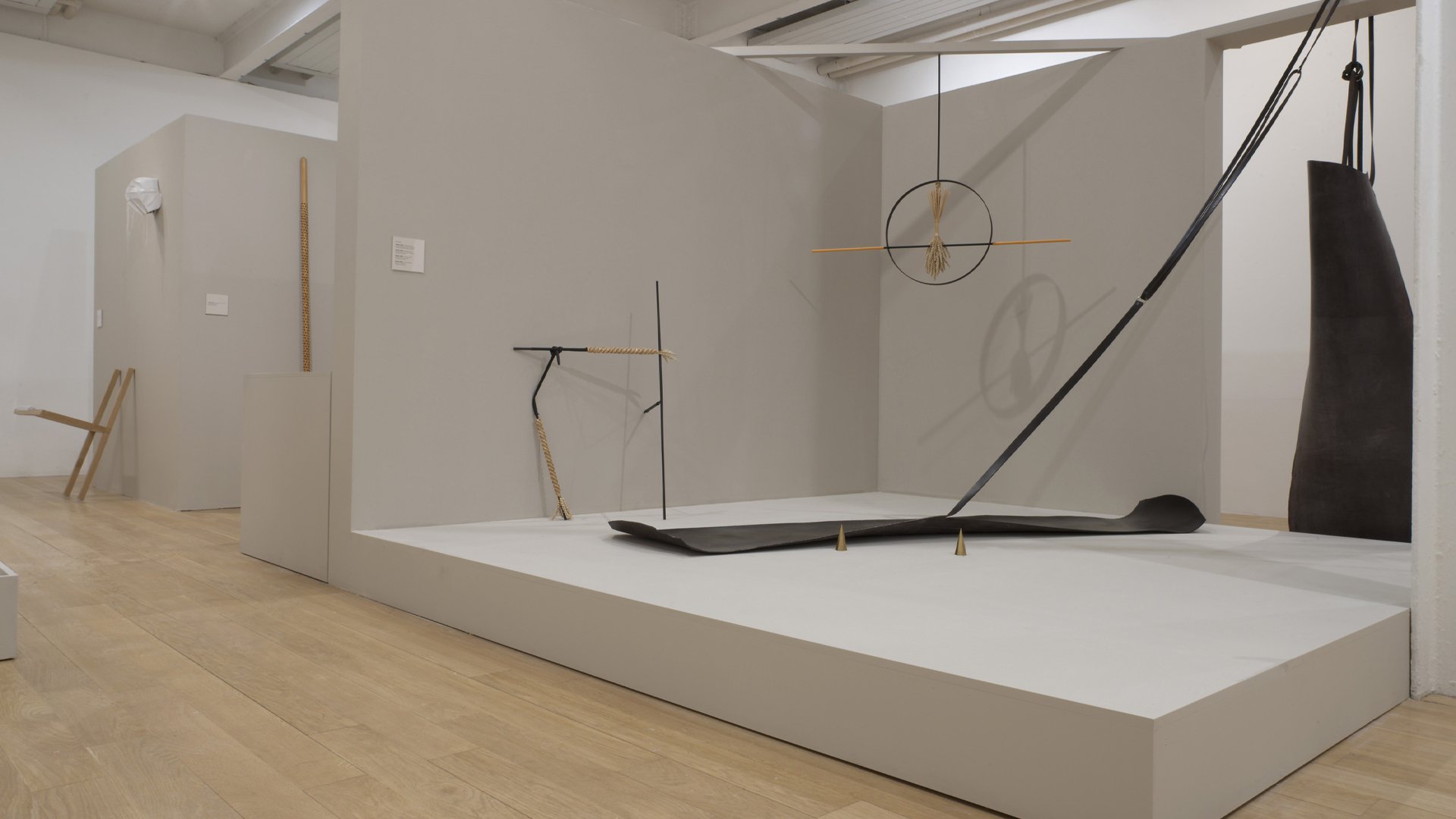 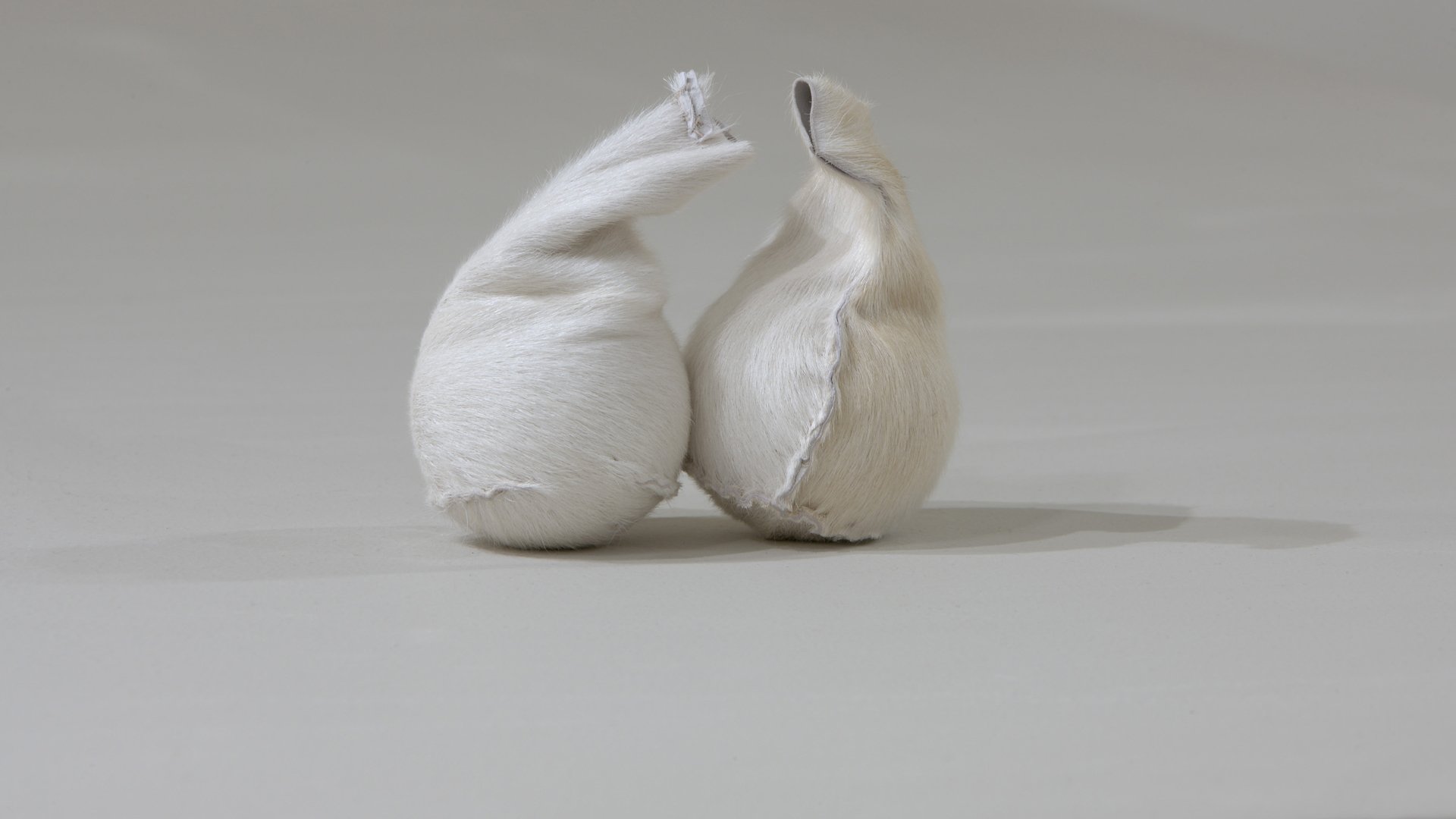 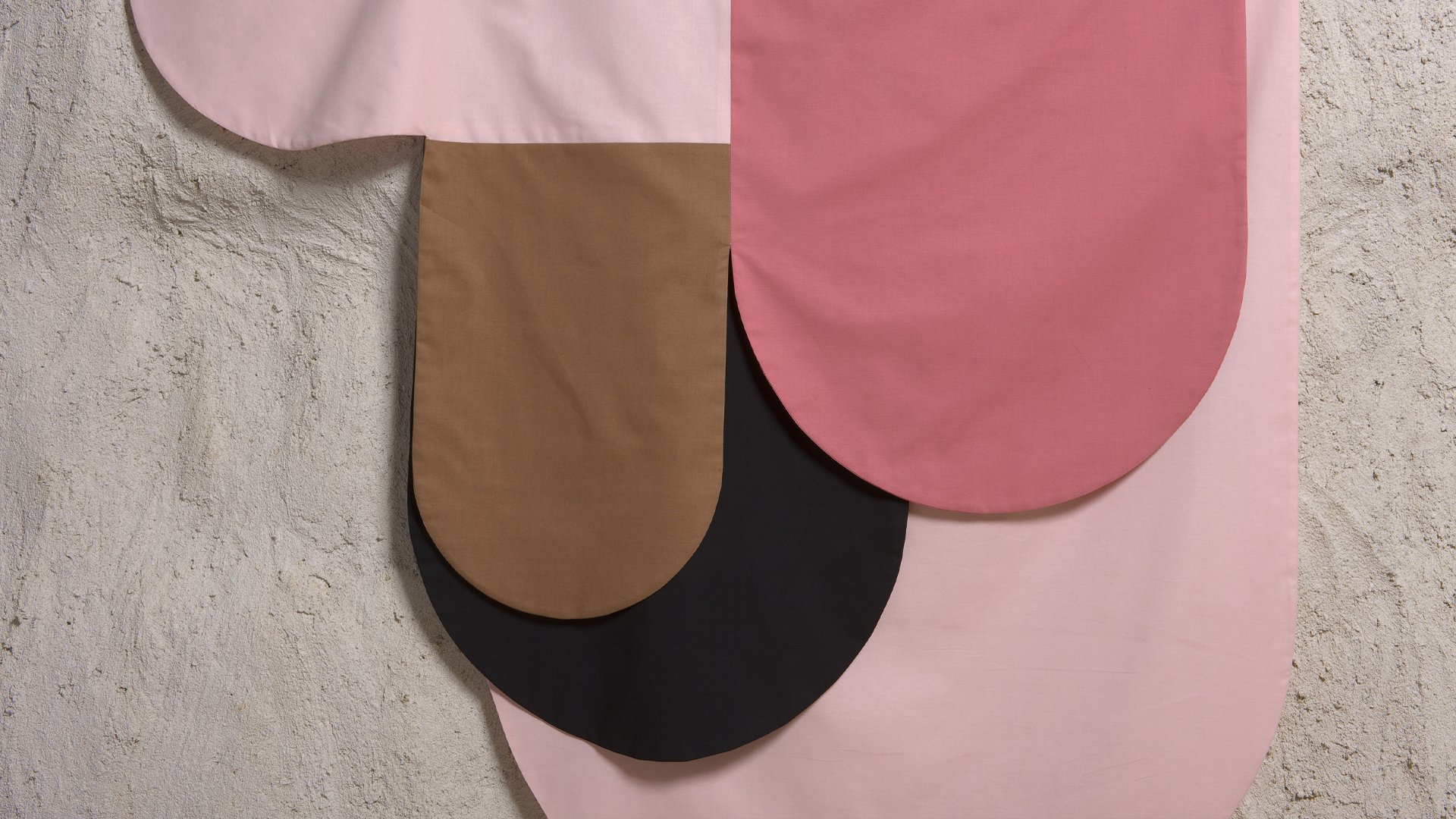 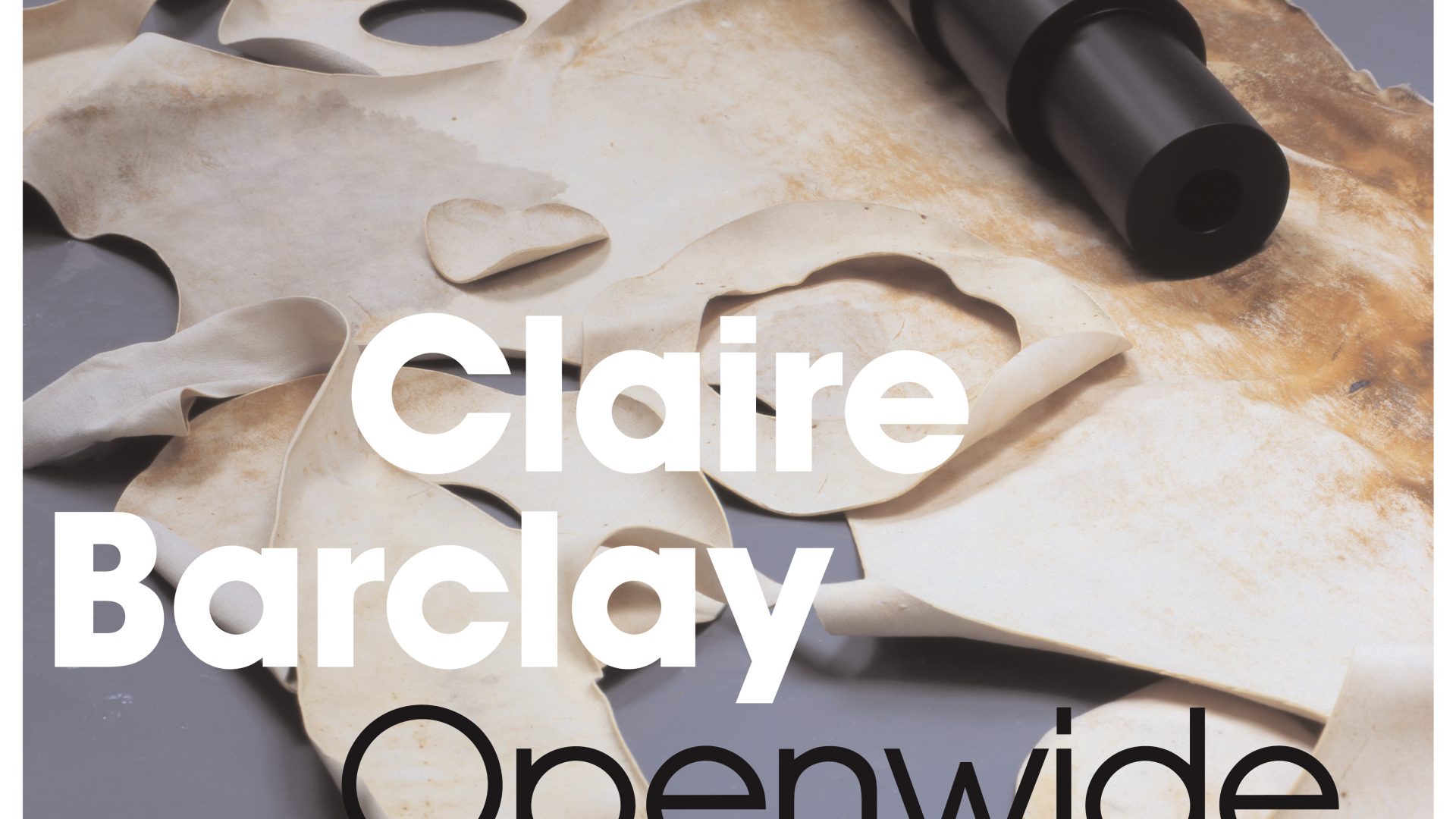 This Spring exhibition was a major solo exhibition of work by Claire Barclay, a Scottish artist known for work which takes the form of highly crafted sculptural objects brought together into precisely plotted relationships.

It featured newly commissioned work shown in the context of objects made over the course of her career, the exhibition offered an opportunity to trace the development of the artist’s singular sculptural language. Barclay’s work typically takes the form of a built structure, on and around which she hangs, props, balances and suspends diverse forms made in turned wood, tooled metal, cut and stitched leather and printed textiles. While not exactly site-specific, the work nevertheless responded to the space in which it was shown, and Barclay used her primary mode of working, which is to finish each piece in situ, treating the Gallery as a studio in which to complete the final form of her sculptures. She has described making exhibitions as a ‘pause in an ongoing process’, as each work develops a growing vocabulary of forms, some of which repeat from one sculpture to another, connecting work made in separate places.

The Fruitmarket Gallery’s exhibition of Claire Barclay’s work aimed to present the range of her practice, balancing work made, as is her prevailing method, specially for the Gallery, with a selection of objects made throughout her career and recognisable from previous showings. This distinguished the exhibition from all previous showings of Barclay’s work. The exhibition was accompanied by a substantial publication which extended the range of the work in the Gallery, discussing and documenting all of Claire Barclay’s major installations.