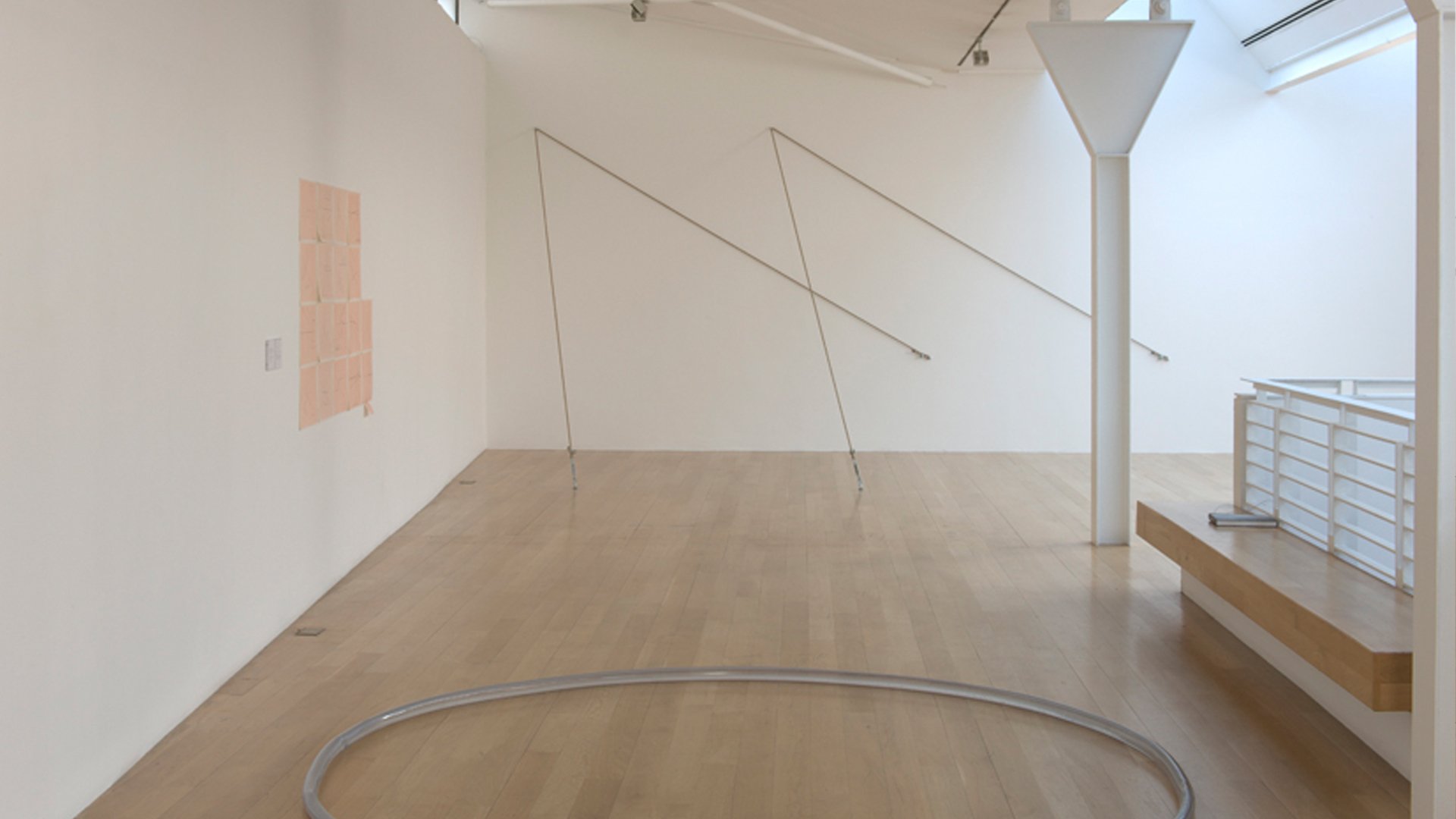 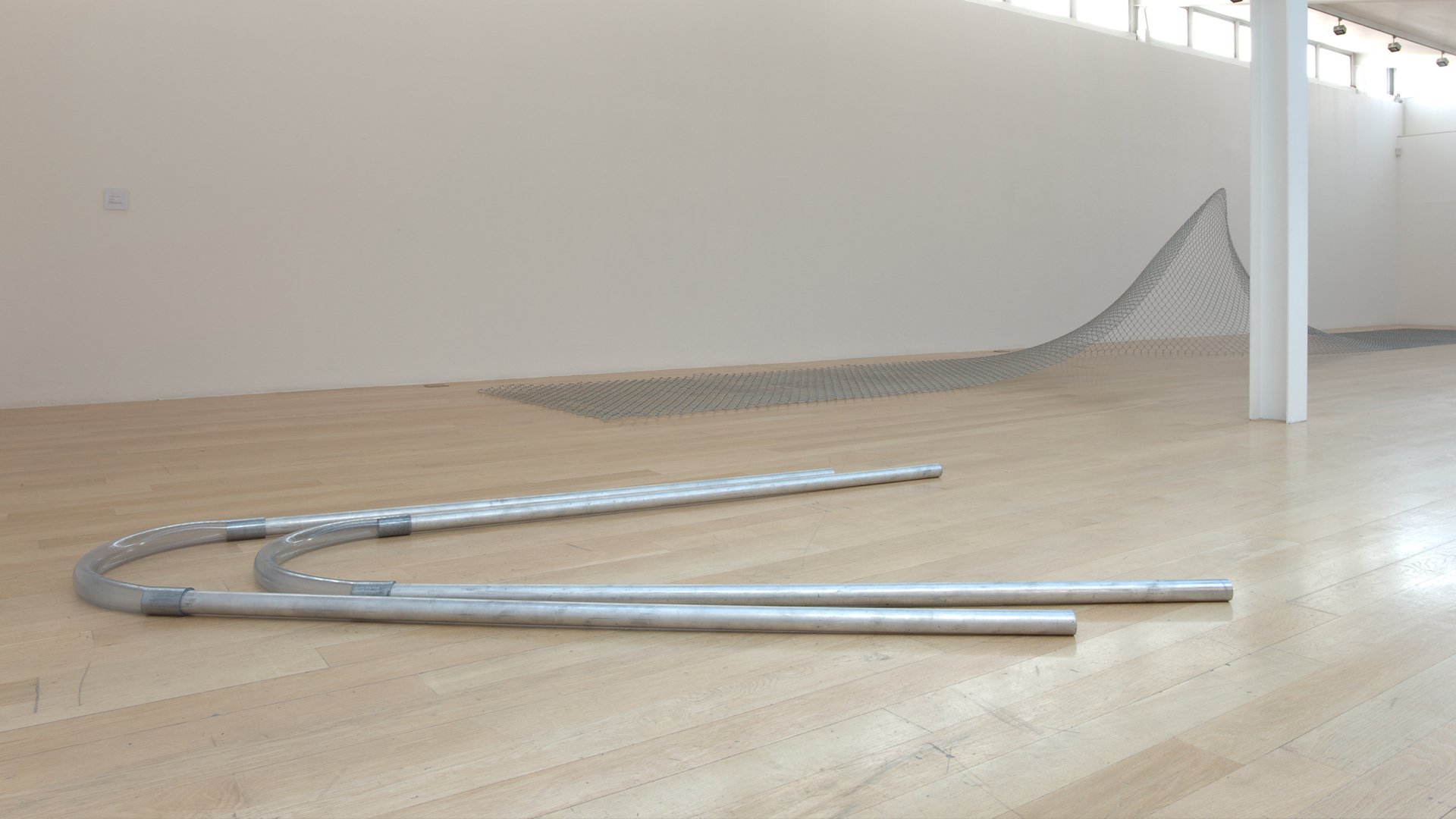 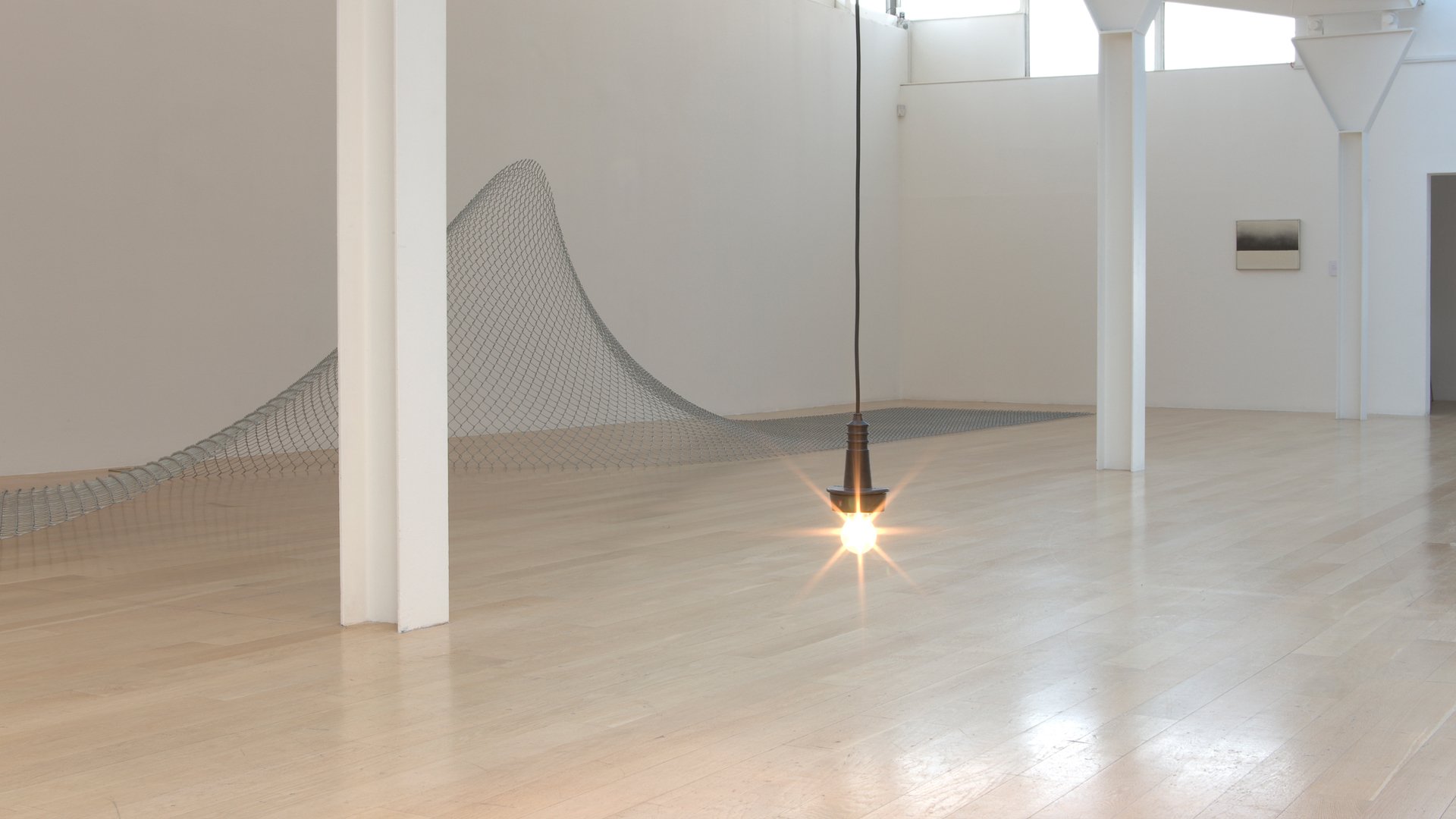 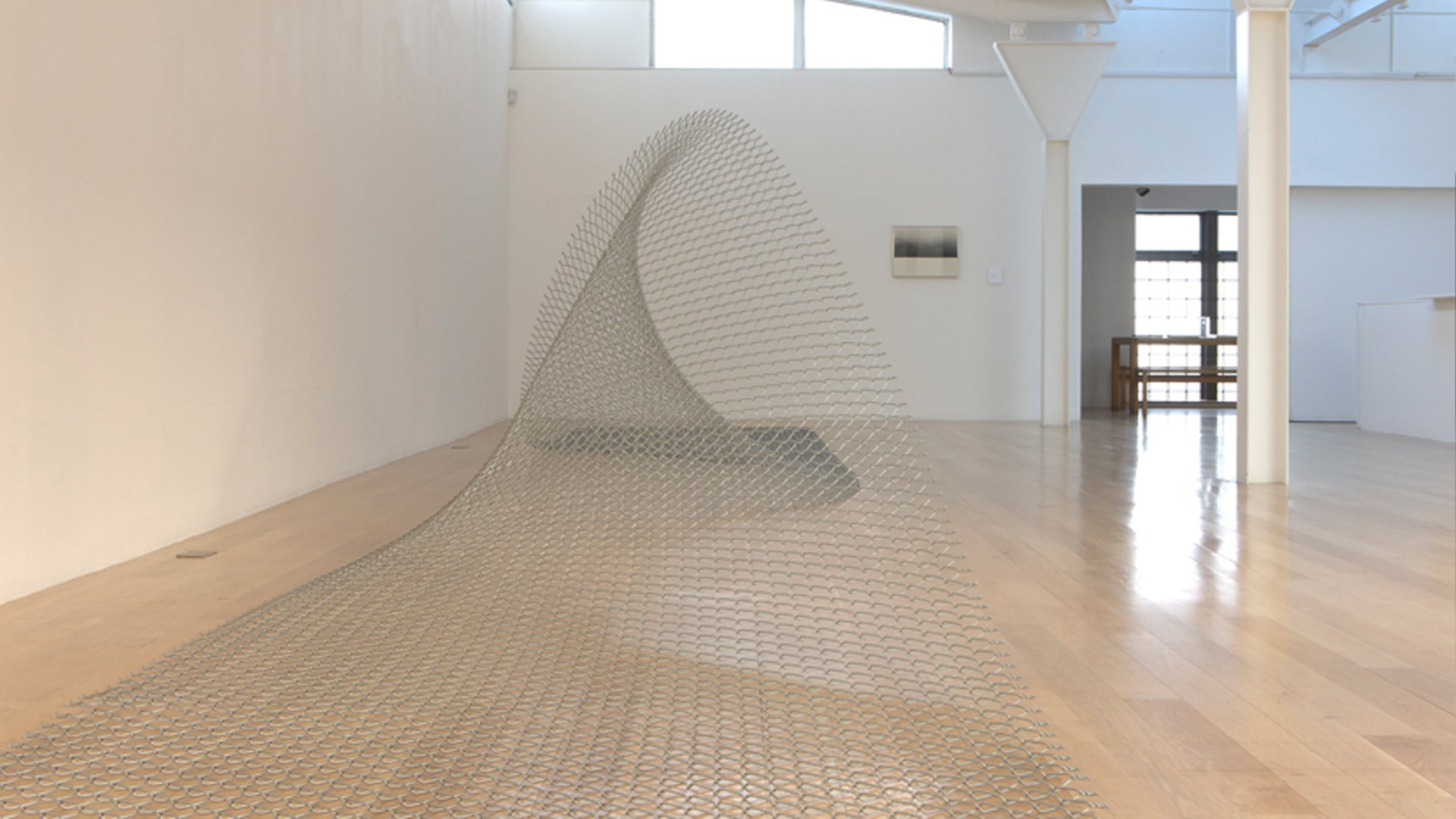 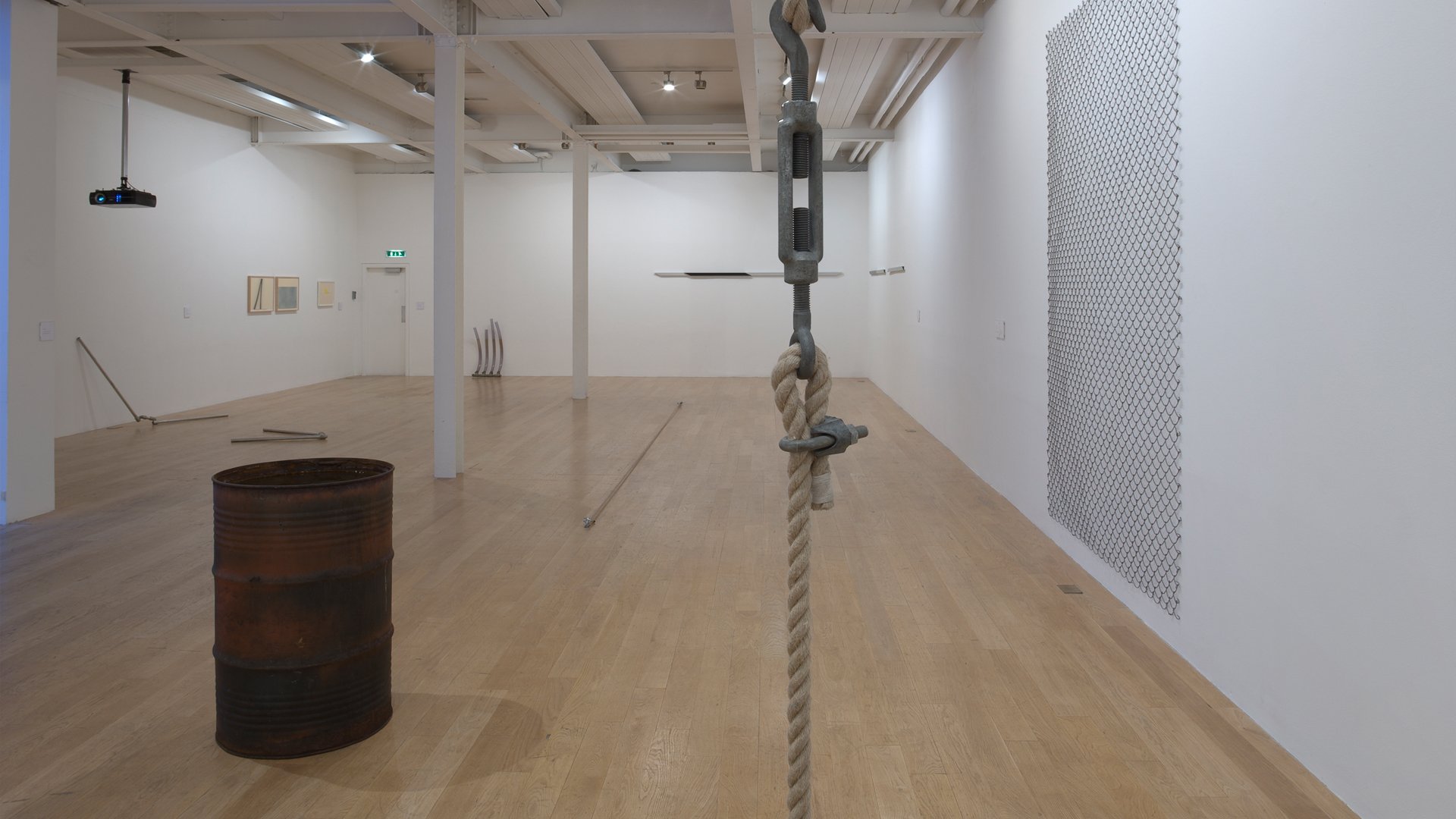 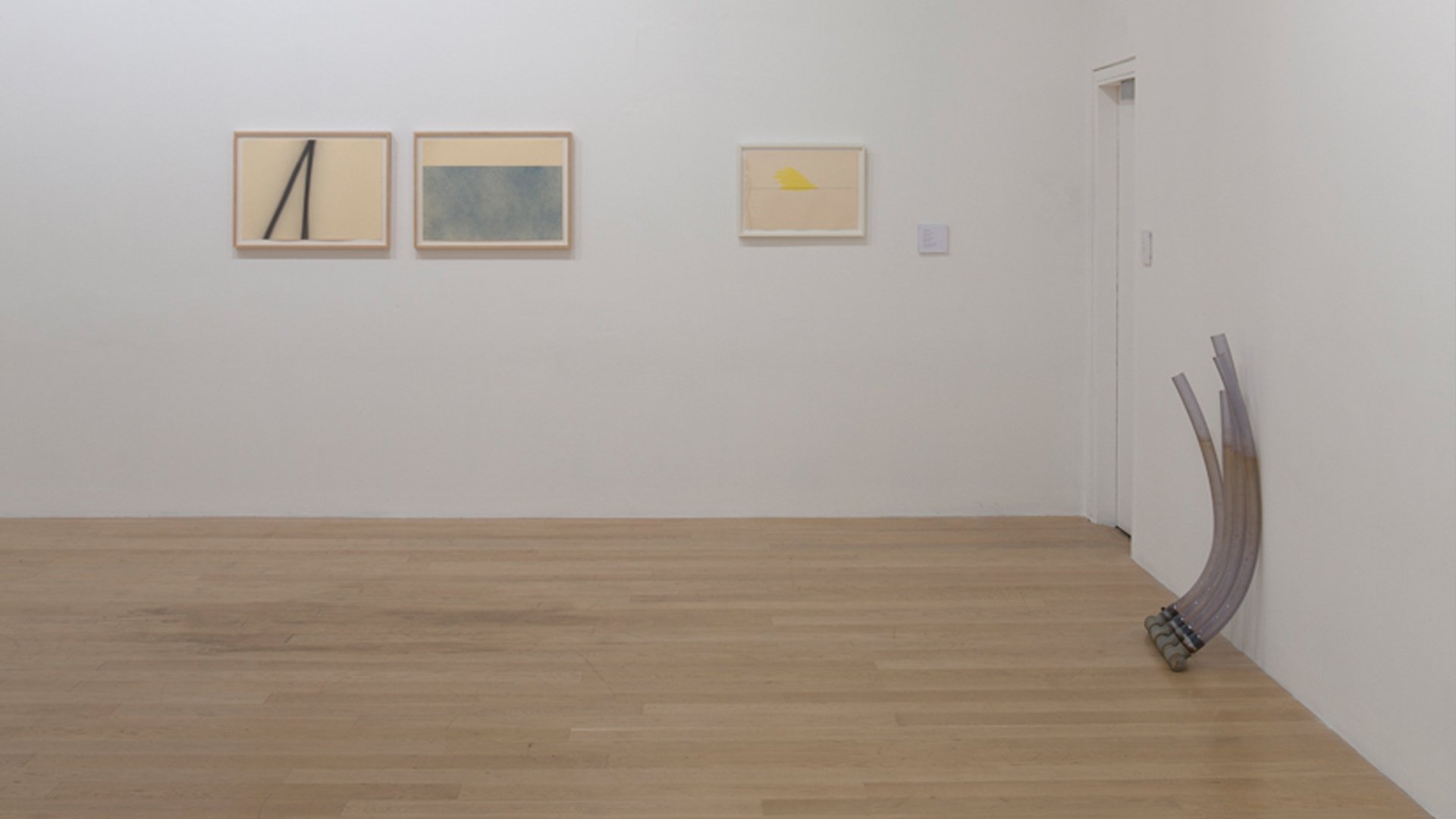 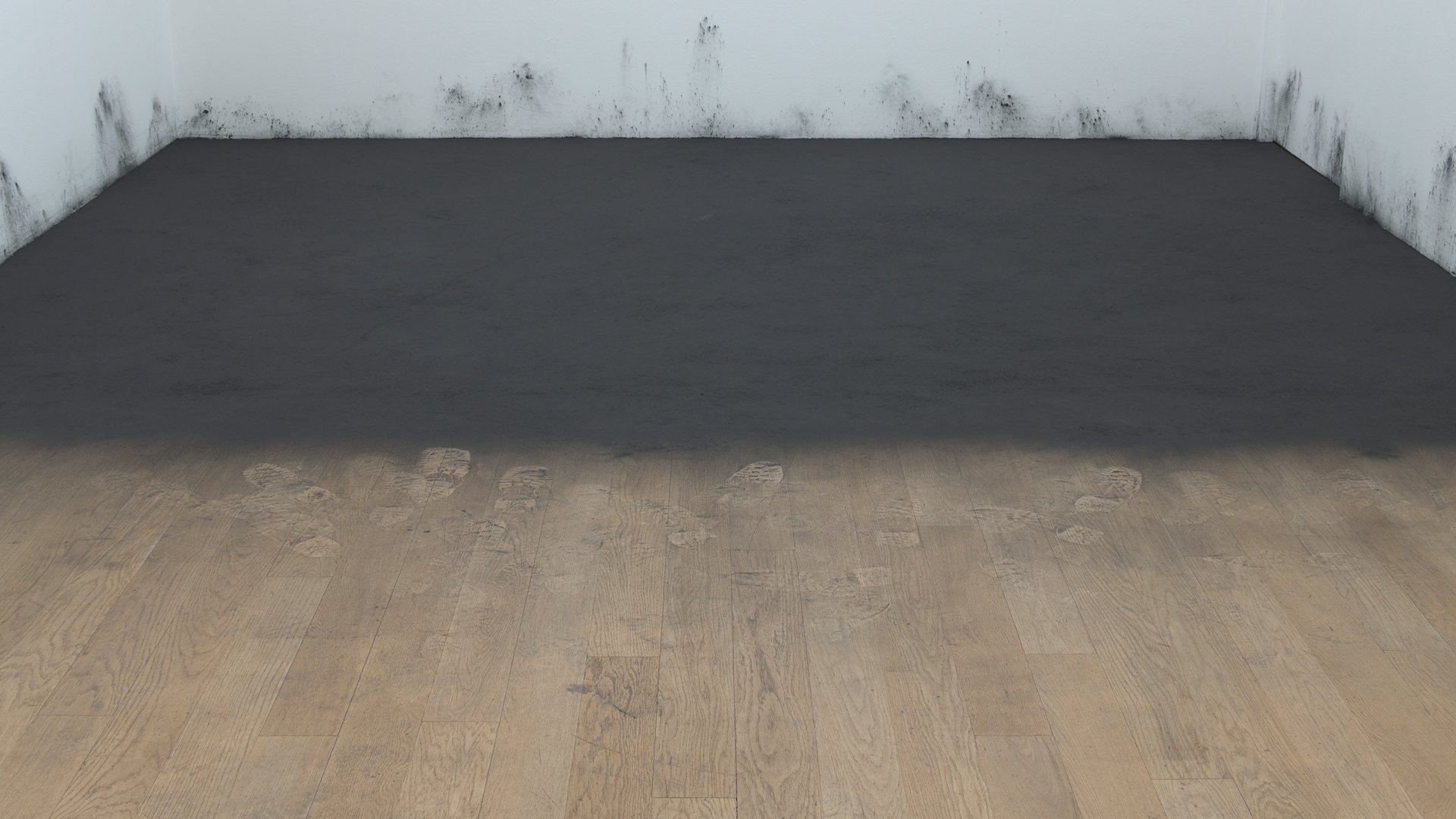 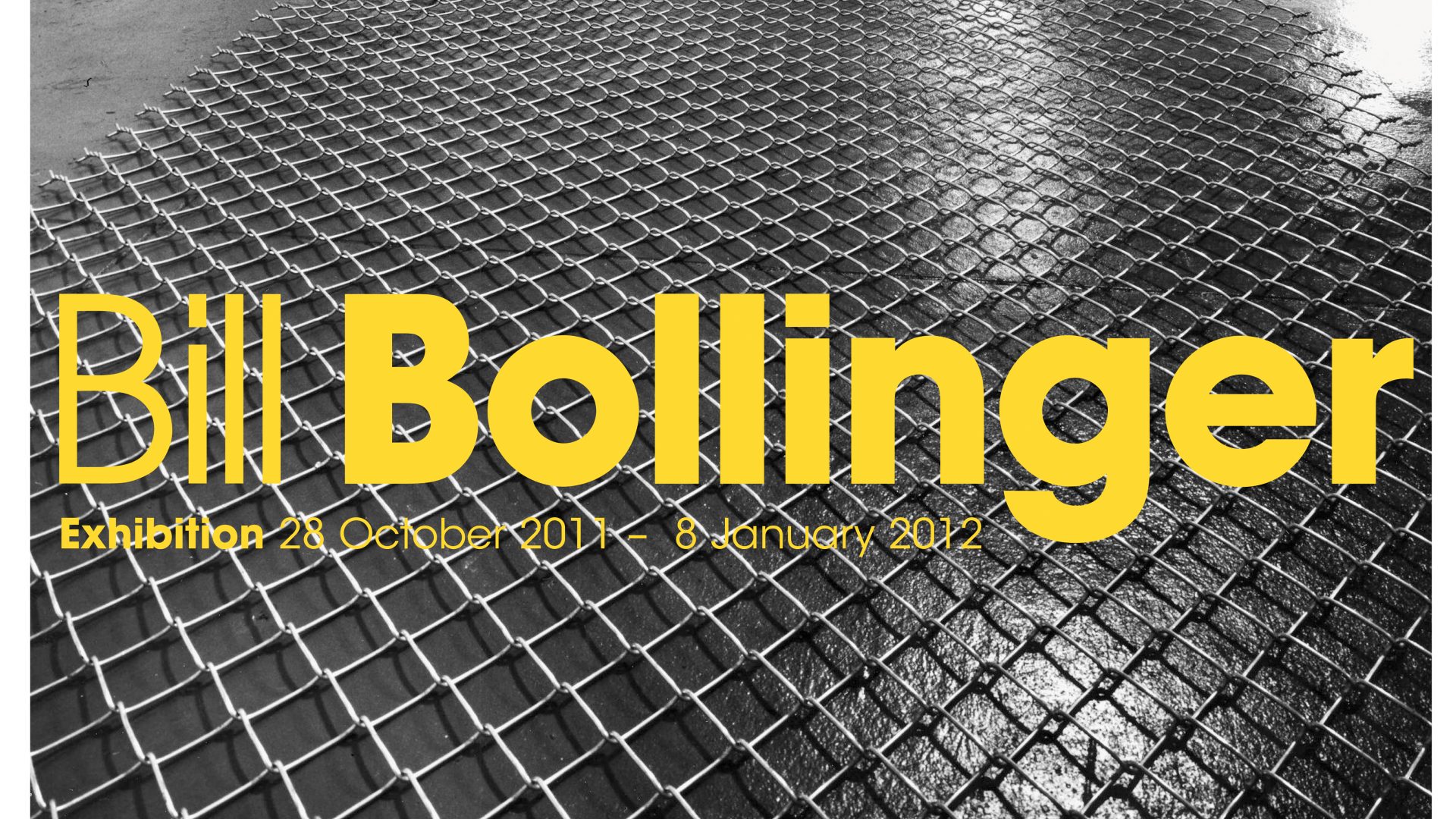 The Fruitmarket Gallery was proud to present this major exhibition of the work of American artist Bill Bollinger (1939–1988), one of the most important artists of the 1960s. A work of art historical rediscovery as well as an exhibition of great power and beauty, it brought an artist once mentioned in the same breath as Bruce Nauman, Robert Smithson, Eva Hesse and Fred Sandback back for serious reconsideration.

Bollinger’s work is characterised by his sensitive use of the idiosyncrasies and possibilities offered by technical and industrial materials. His use of aluminium pipes, rope, rubber hoses, chain-link fencing, lightbulbs and wheelbarrows is as radical and direct as it is elegant, exploiting physical laws such as gravity, balance, and the intrinsic properties of water. His sculpture, created in the 1960s at the height of the space race, has an astonishing energy and power, even today.

The exhibition brought together major sculptures and drawings by Bollinger, including most of his existing works from collections in Europe and America, and careful reconstructions of lost works from his celebrated solo exhibitions, and from his participation in iconic group exhibitions from the late 1960s in New York. It provided the first ever overview of Bollinger’s brief, but extremely intense, artistic career, and provided an opportunity to rediscover the radical practice of this exceptional artist who, in his own words, was ‘not interested in the aesthetics of form but the fact of form’; who considered his work ‘not as primarily expressive through form but declarative through state’.

Organised by the Kunstmuseum Liechtenstein in collaboration with The Fruitmarket Gallery, Edinburgh and ZKM | Museum of Contemporary Art Karlsruhe.