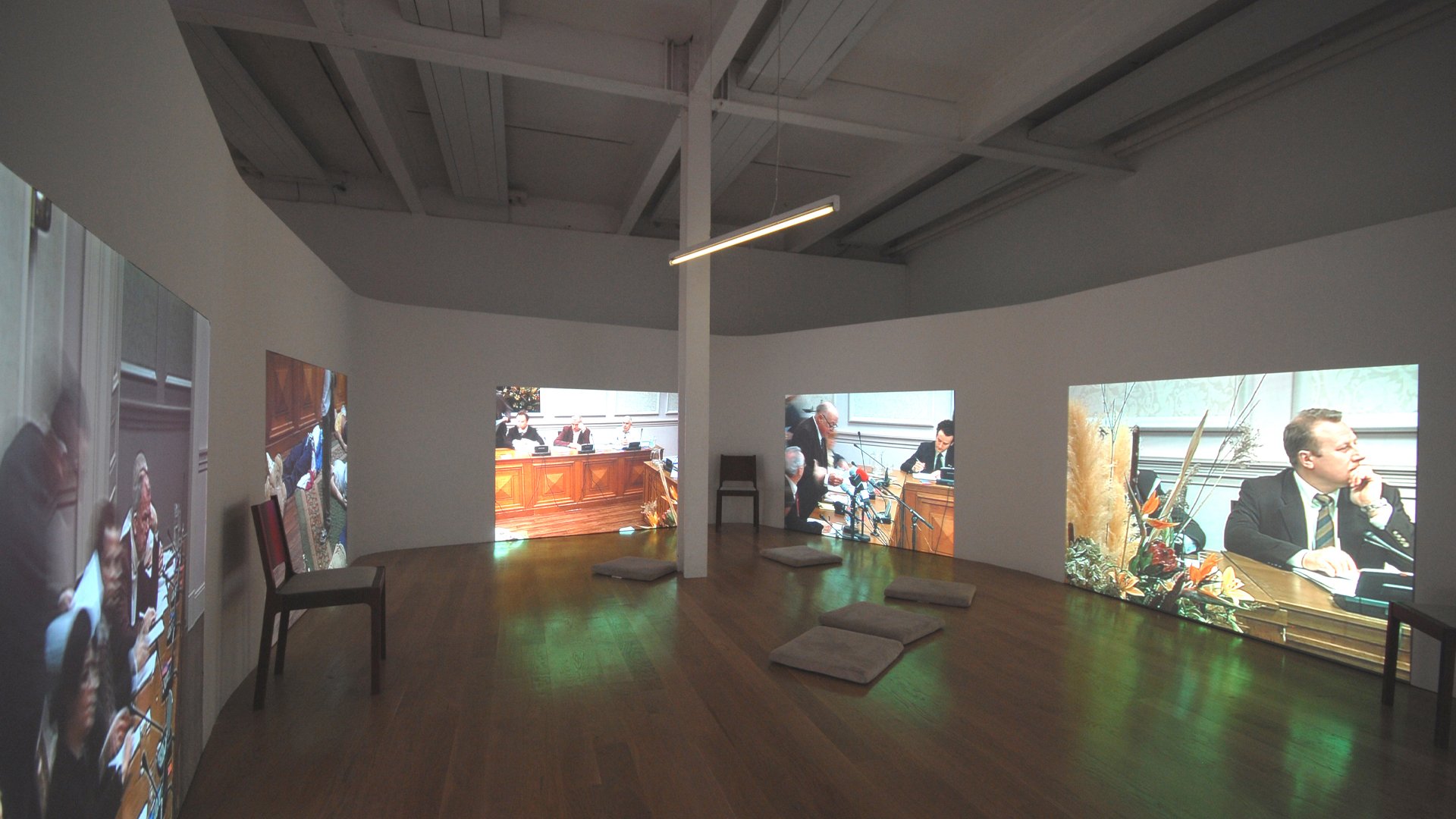 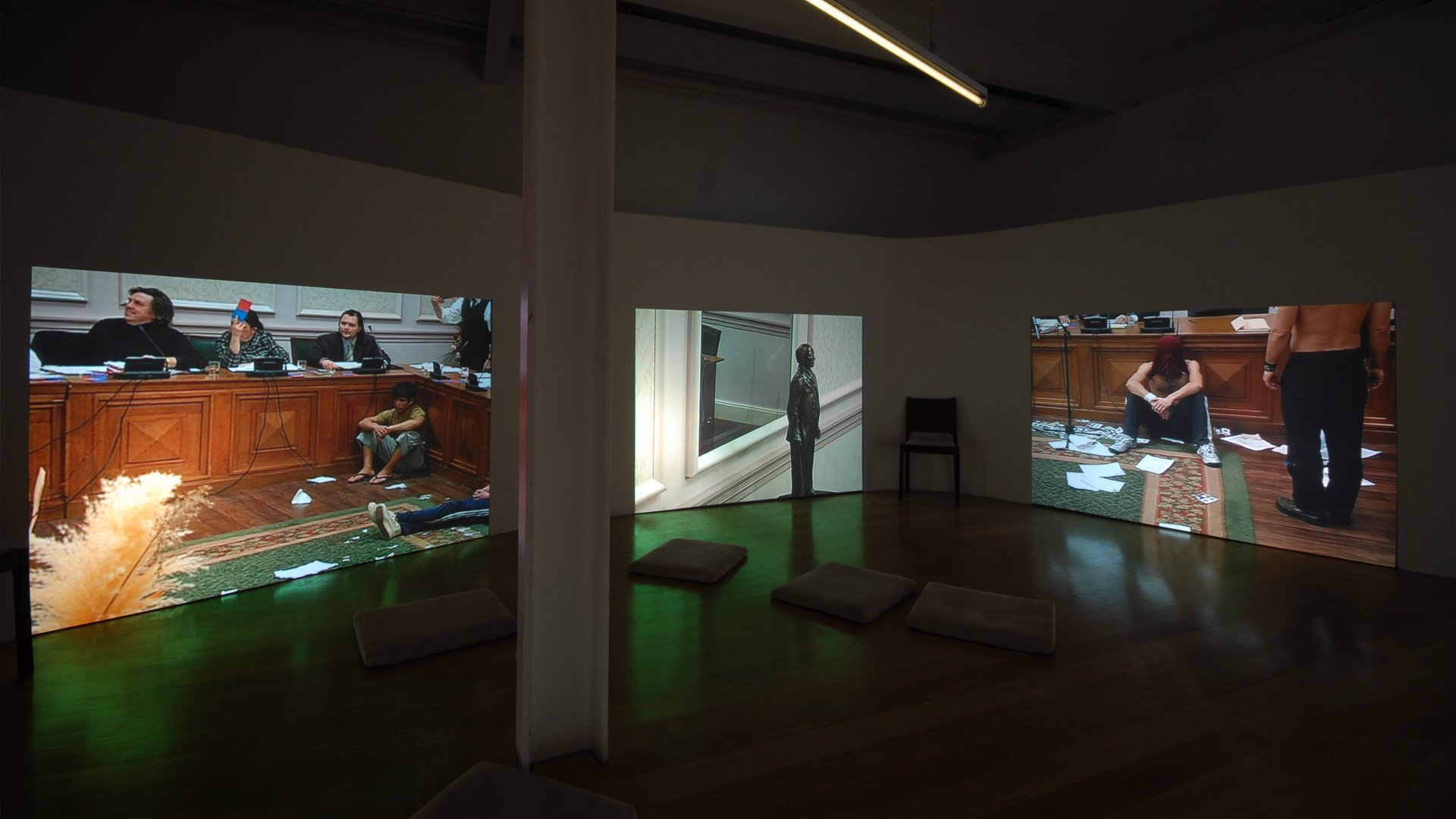 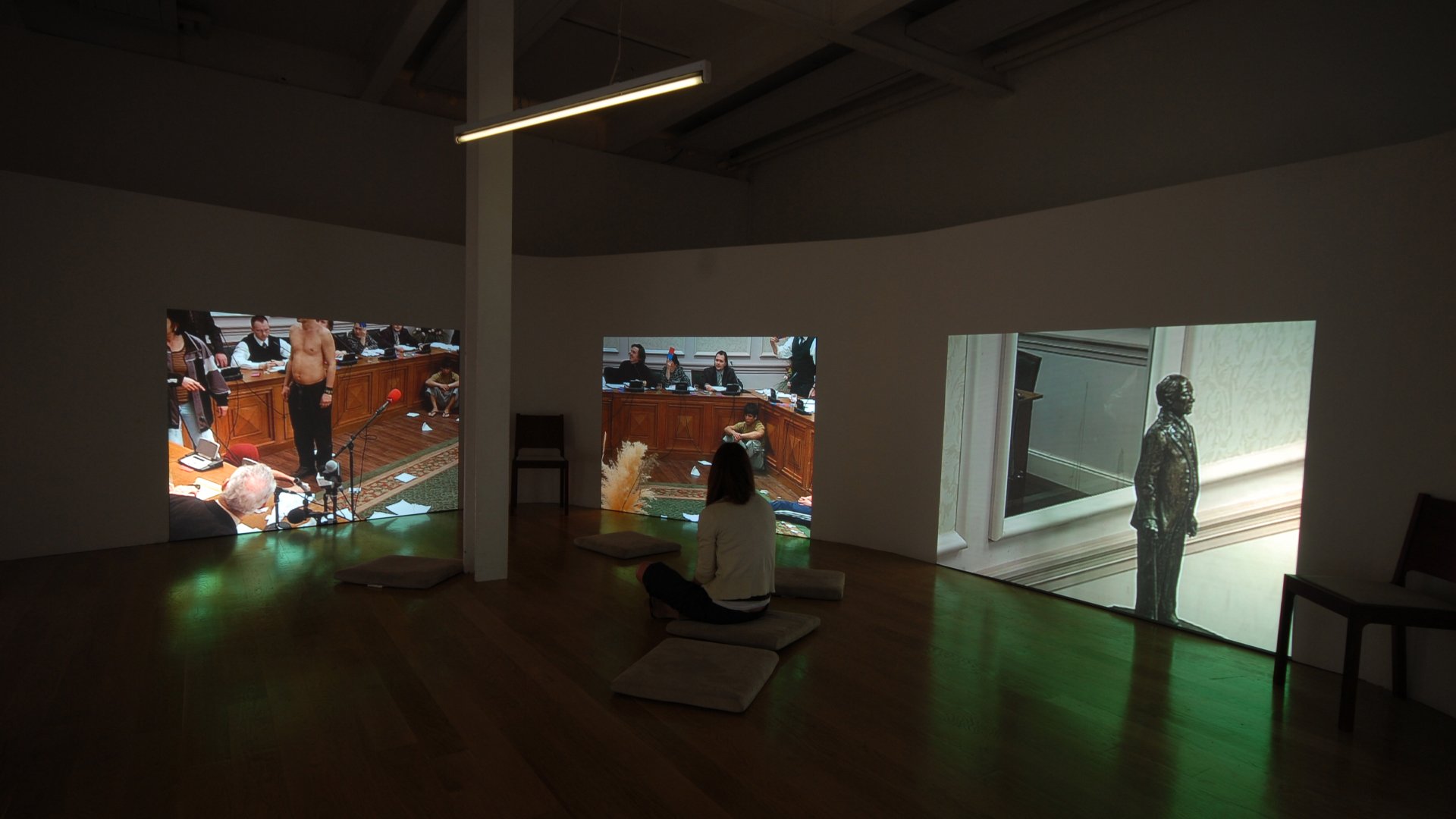 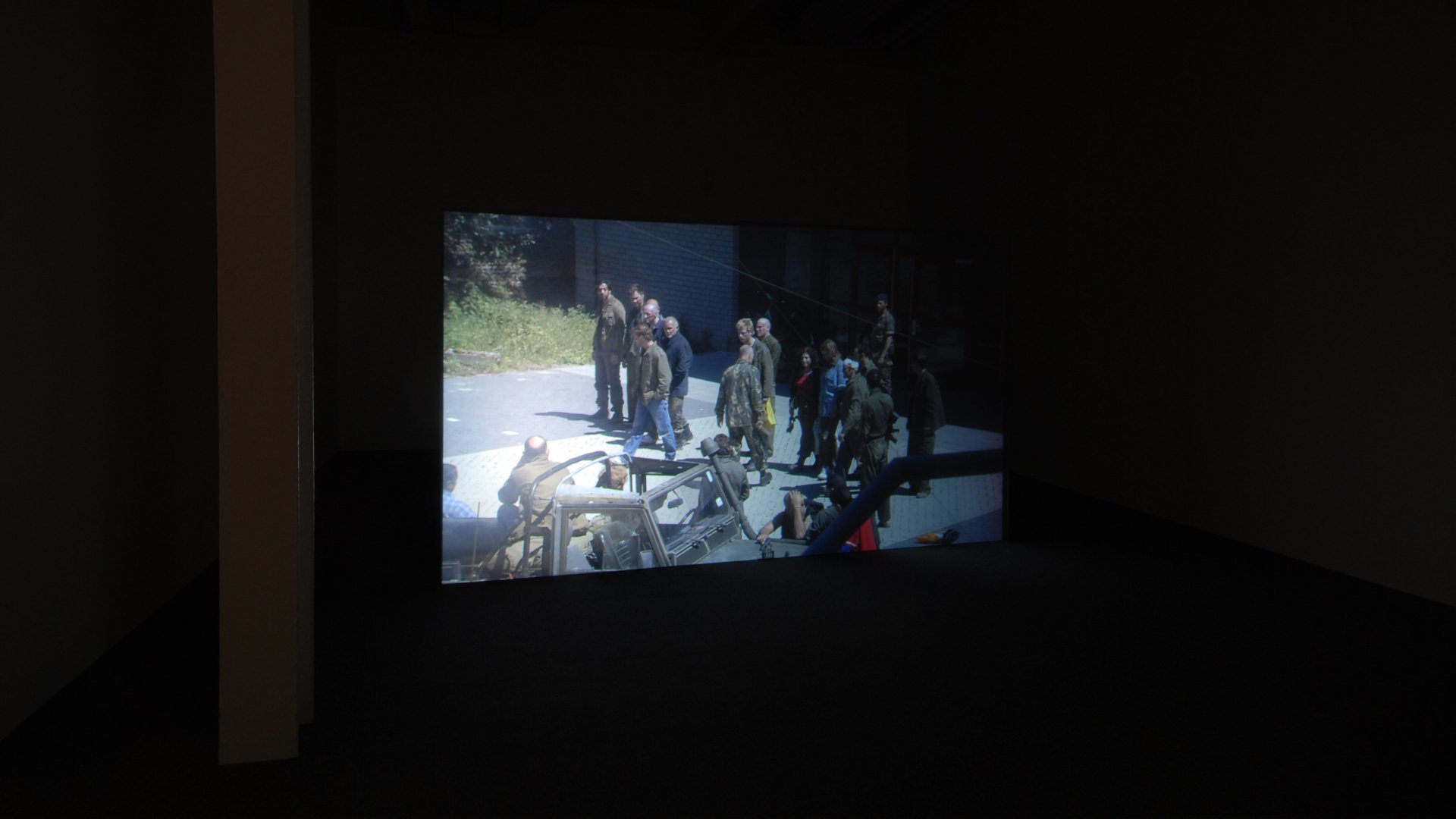 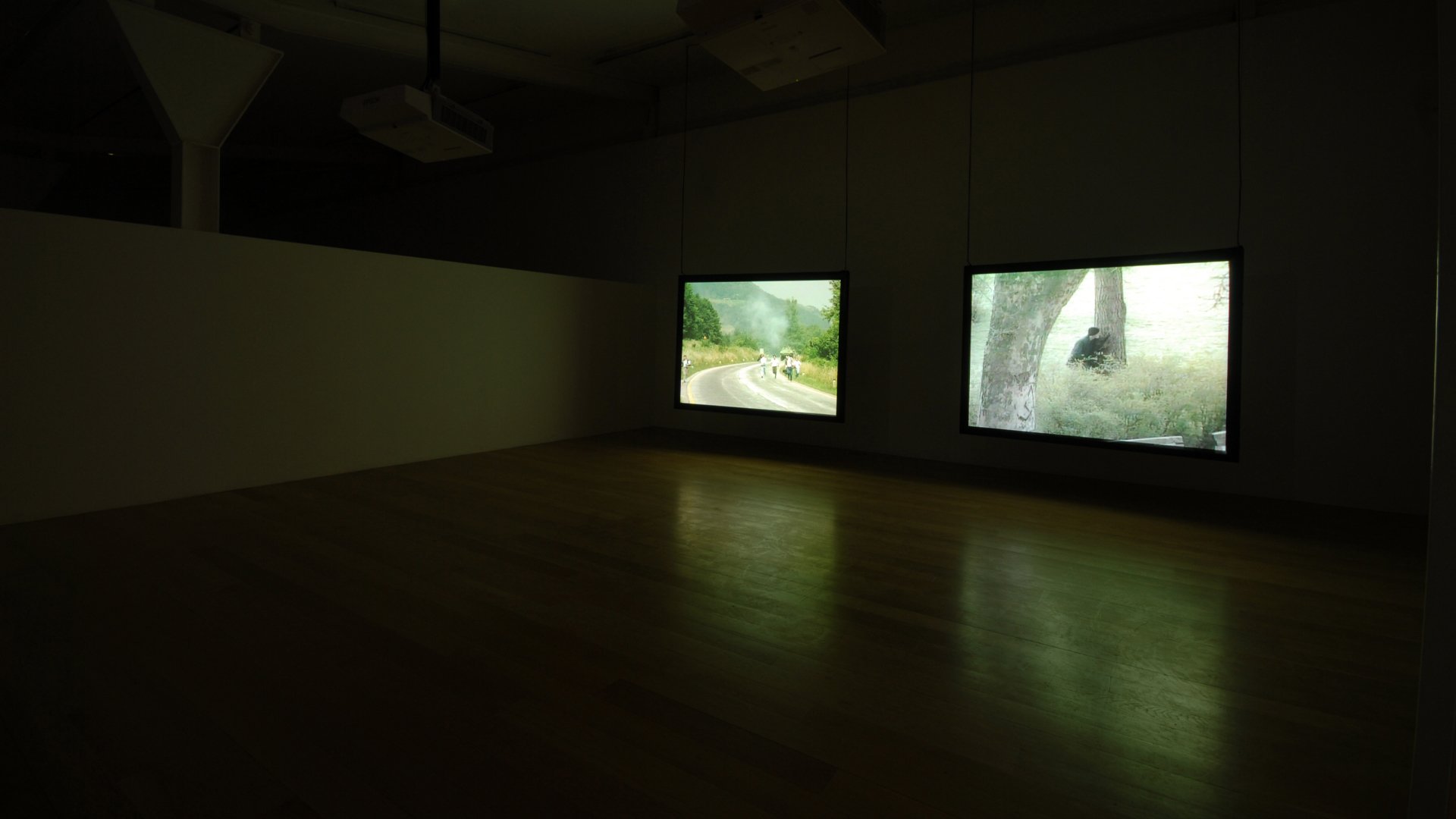 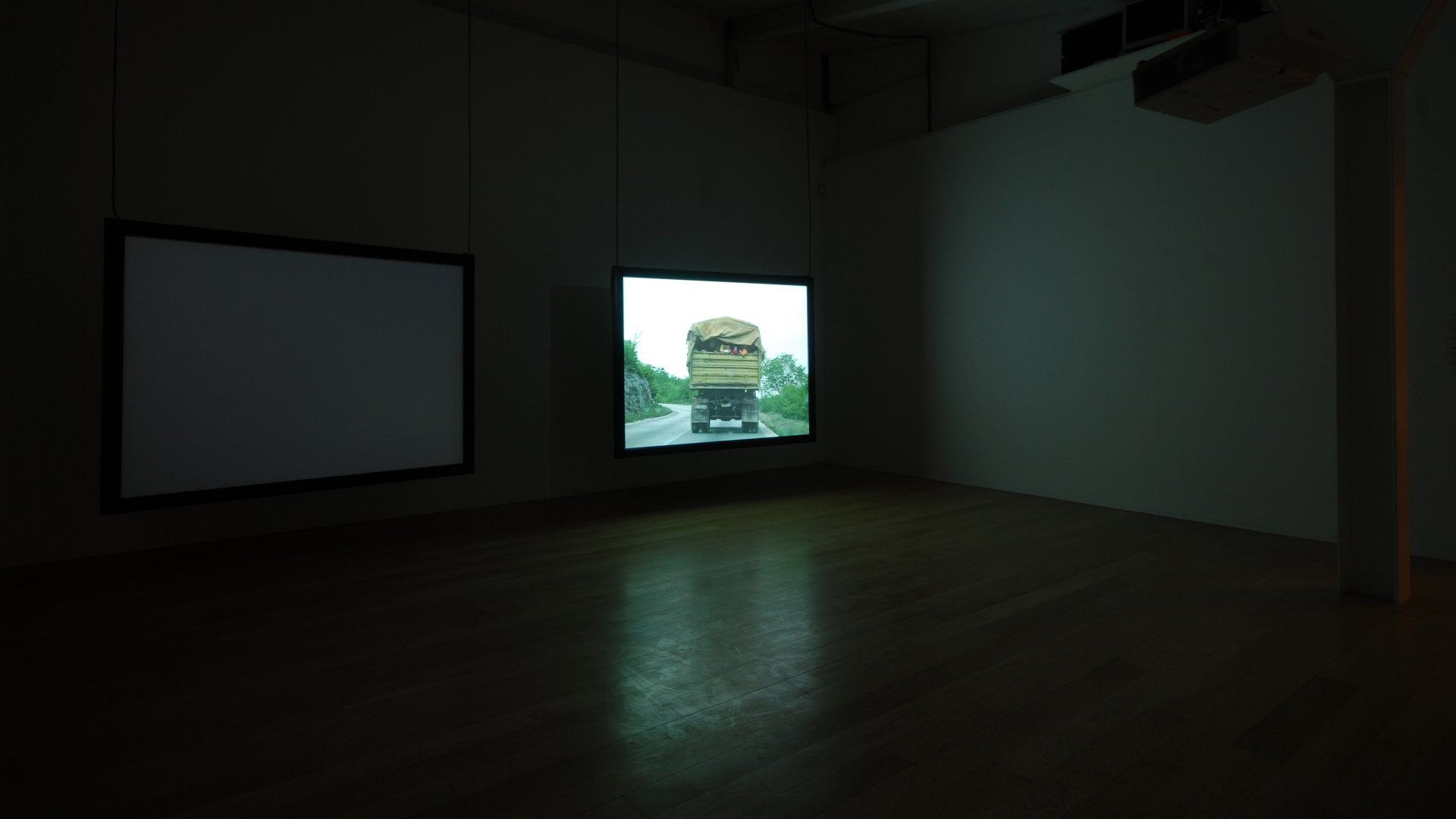 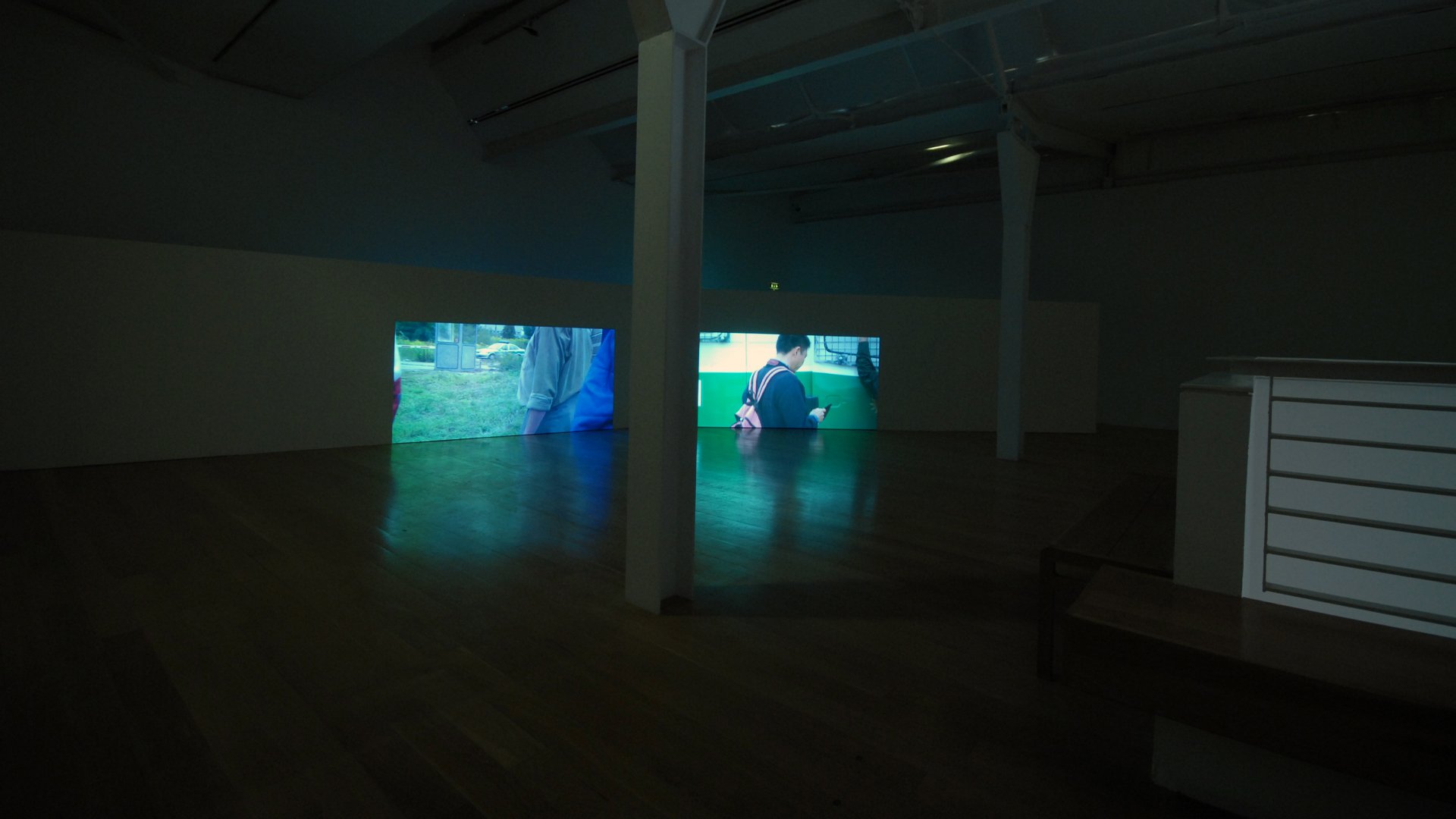 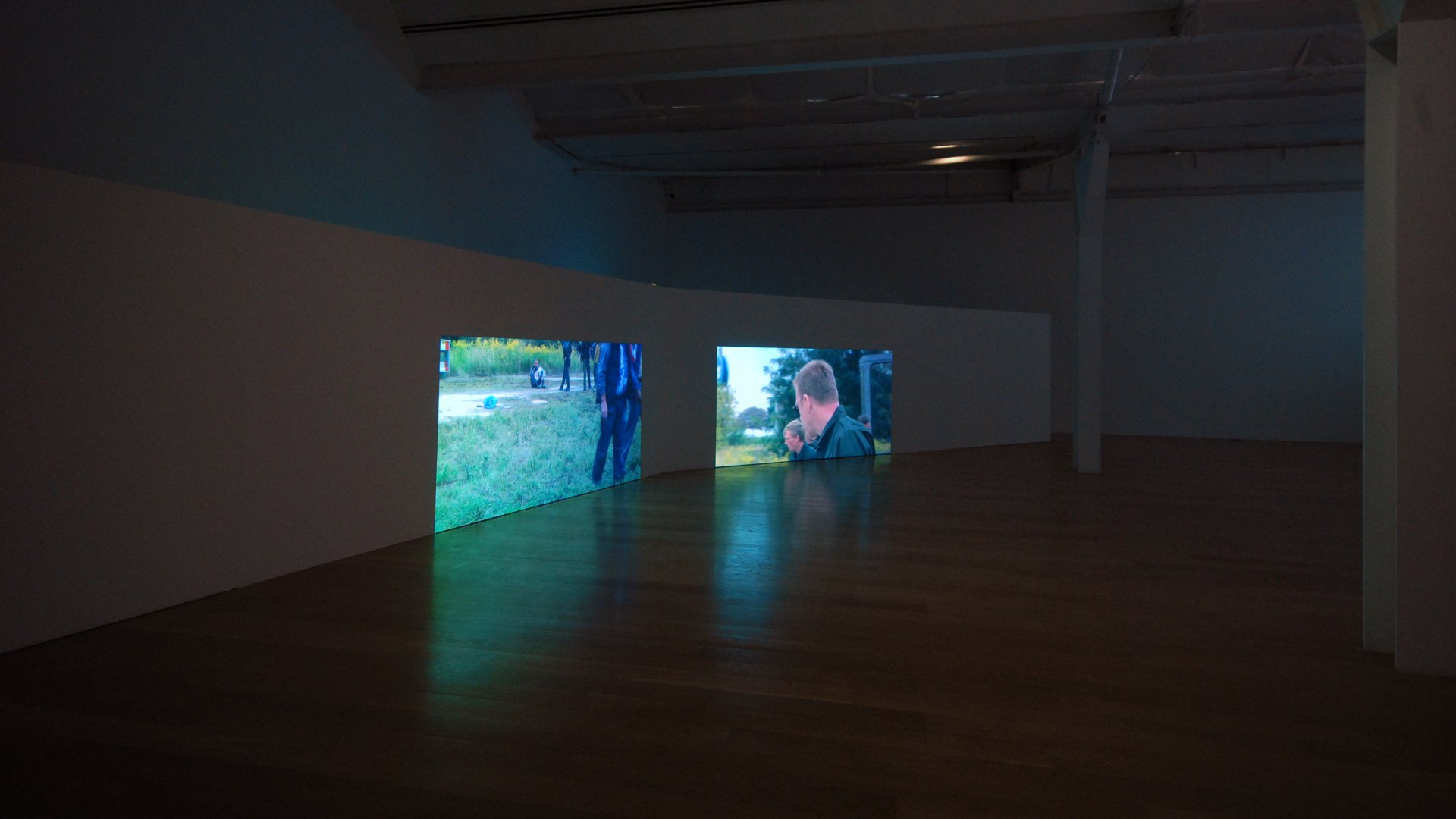 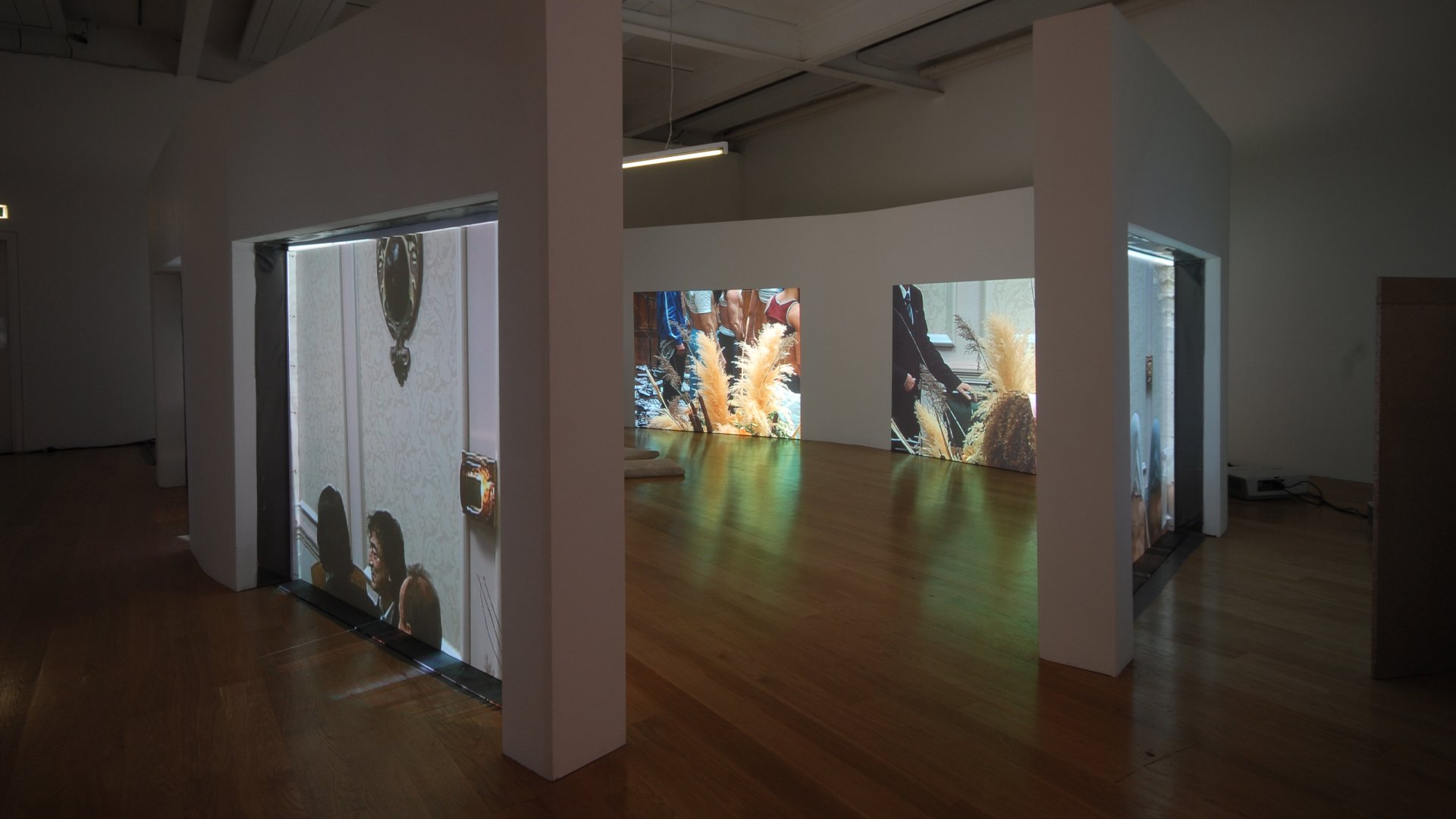 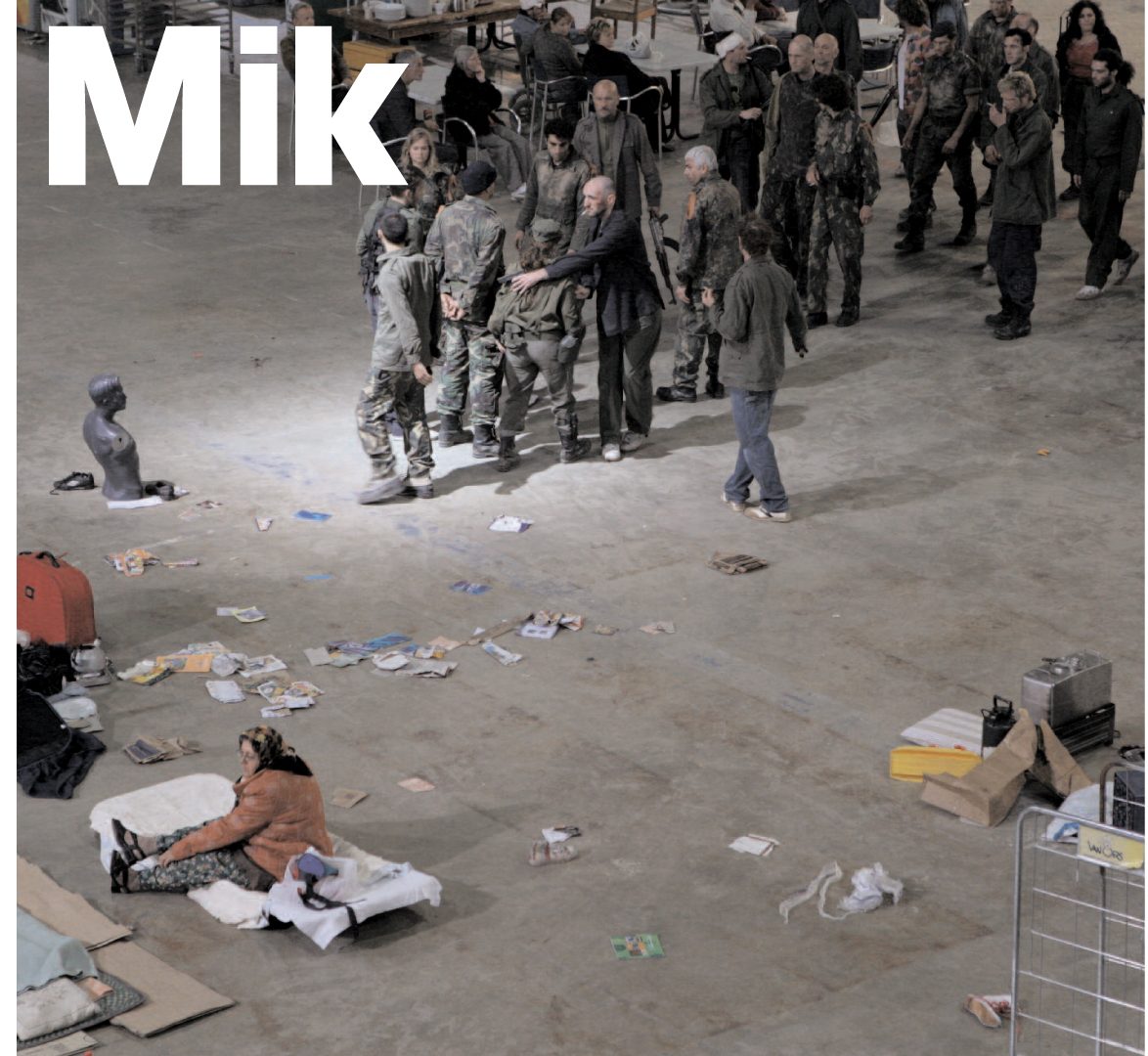 An exhibition of new and recent films by Dutch artist Aernout Mik, whose cinematic imagination and unnerving ability to present the truth through supremely banal fictions, makes for art which helps us make sense of the world.

The exhibition brought together four works made over eighteen months. Vacuum Room, Scapegoats and Training Ground set casts of anonymous actors in situations fraught with potential meaning – a Political Assembly under siege from protestors; an empty stadium in which people appear to have been taken hostage; a police training facility. The actors move more or less aimlessly under Mik’s direction, the camera roving around as the action unfurls, continuously threatening to come to a perpetually deferred conclusion. Raw Footage is created from documentary footage taken during the war in former Yugoslavia. Not broadcast at the time, apparently because of its lack of dramatic content, the material tracks the mundane reality of war in an urban, civilian space.

The reality of Raw Footage counterpoints the constructed fictions of the other films. Together, the four works enlisted an unsettling sense of recognition, the artist’s work providing a context for a new understanding of human behaviour and experience.